After a brace and an assist against Strasbourg this Friday 29 April 2022, in matchday 35 of Ligue 1, Mbappé helped Paris Saint-Germain pass the 100 goals scored mark this season.

Another incredible Mbappé performance is in the books. Against Strasbourg, the parisian forward equalised in the 23rd minute, before setting up Hakimi to give his side the lead in the 64th minute. The number 7 gave offrait Achraf Hakimi the Parisians' 100th goal of the 2021-22 season in all competitions. 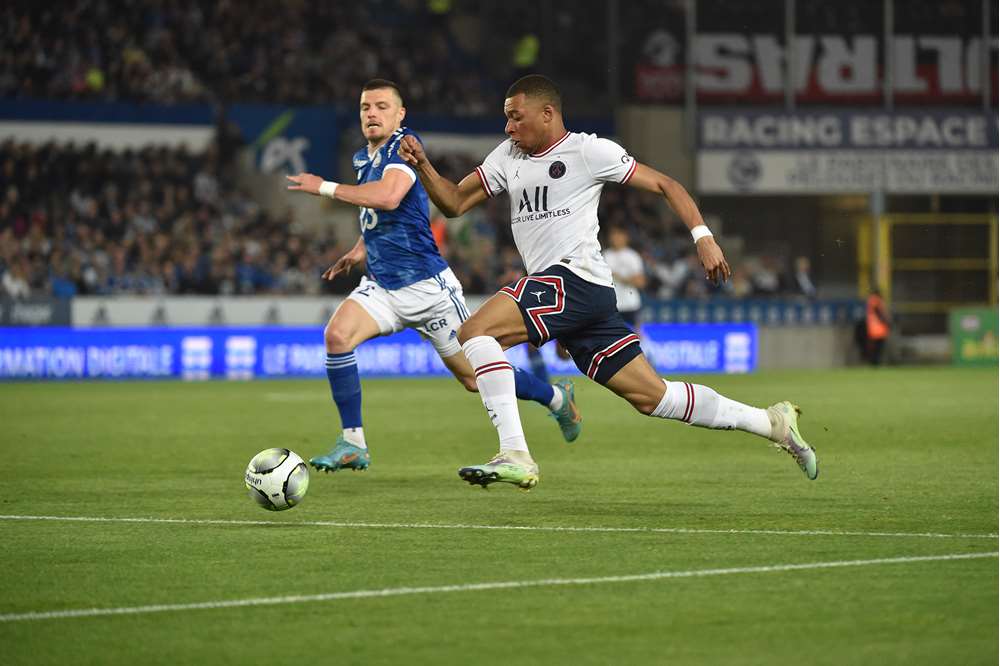 Four minutes later, Mbappé took advantage of Djiku's mistimed back pass to score Paris' third goal of the night, their 101st of the current campaign.

Paris reached the 100-goal mark in all competitions for the 10th consecutive season, with only Bayern Munich having achieved the same in the European top five leagues since 2012-13.

Most goals, most assists: chart-topping Mbappé
First Team 4 May 2022