Nasser Al-Khelaïfi is Chairman and CEO of Paris Saint-Germain. The Qatari is also chairman of beIN Media Group, QSI and DIGITURK. A former professional tennis player, Al-Khelaïfi is the president of the Qatar Tennis Squash and Badminton Federation. In France Nasser sits on the board of the French Professional Football League and on a European level is a member of UEFA’s Executive Committee and is the ECA Chairman (European Club Association). When Qatar Sports Investments (QSI) acquired PSG in 2011, Nasser Al-Khelaifi was named the club’s 17th president. Under Al-Khelaifi’s leadership, a clear strategic plan was established to develop the club into a major player on the European and international football stage, while being a force for good off-the-pitch.

Over the subsequent few years, PSG was propelled to the top of men’s football, both in France and in Europe, winning 8 out of 10 domestic league titles and – in August 2020 – reaching the final of the men’s UEFA Champions League for the first time in the club’s 50-year history. With Al-Khelaifi at the helm, the club has also developed its women’s football team – Paris Saint-Germain Féminines – which is now a leading force in Europe; and Paris Handball Club who have been champions of Ligue Nationale de Handball Division 1 every season since 2015. Finally in 2017 Nasser Al-Khelaifi also established PSG Judo continuing the club’s expansion in sport.

While sporting success is key, Nasser’s Al Khelaifi’s recognition of the club’s supporters and the wider community of Paris off-the-pitch has also been of critical importance to the club’s development. Al Khelaifi is proud to spearhead the invaluable work of the Paris Saint-Germain Foundation, whose fundraising has tripled under Al-Khelaifi’s tenure. The Foundation strives to help disadvantaged children in France and abroad, working with NGOs, schools and other organisations all around the world. Since 2000, almost a quarter of a million children have benefited from the Foundation’s work. At the same time, the club has invested enormously in the infrastructure of Paris, from the stadium to the training facilities and a range of community-led projects.

Further, as one of the world’s leading international sports businessmen, Nasser Al-Khelaifi has also turned the club around commercially, forging innovative partnerships with major international brands such as Air Jordan. The club is now seen as both a football brand and a fashion brand, while its fan base internationally has grown enormously. Today, PSG has become a truly global brand, proudly representing Paris and its people on the international stage, while being the hallmark of excellence in France.

« Paris is one of the greatest cities in the world and my aim as President has been to build a club that the city deserves. We are now one of the leading sporting institutions internationally – both on and off the pitch – while always placing our local community at the heart of everything we do. I am very proud of what we have collectively achieved at PSG in such a short time – for our fans and for our wider community – and I’m excited for our future ahead. » 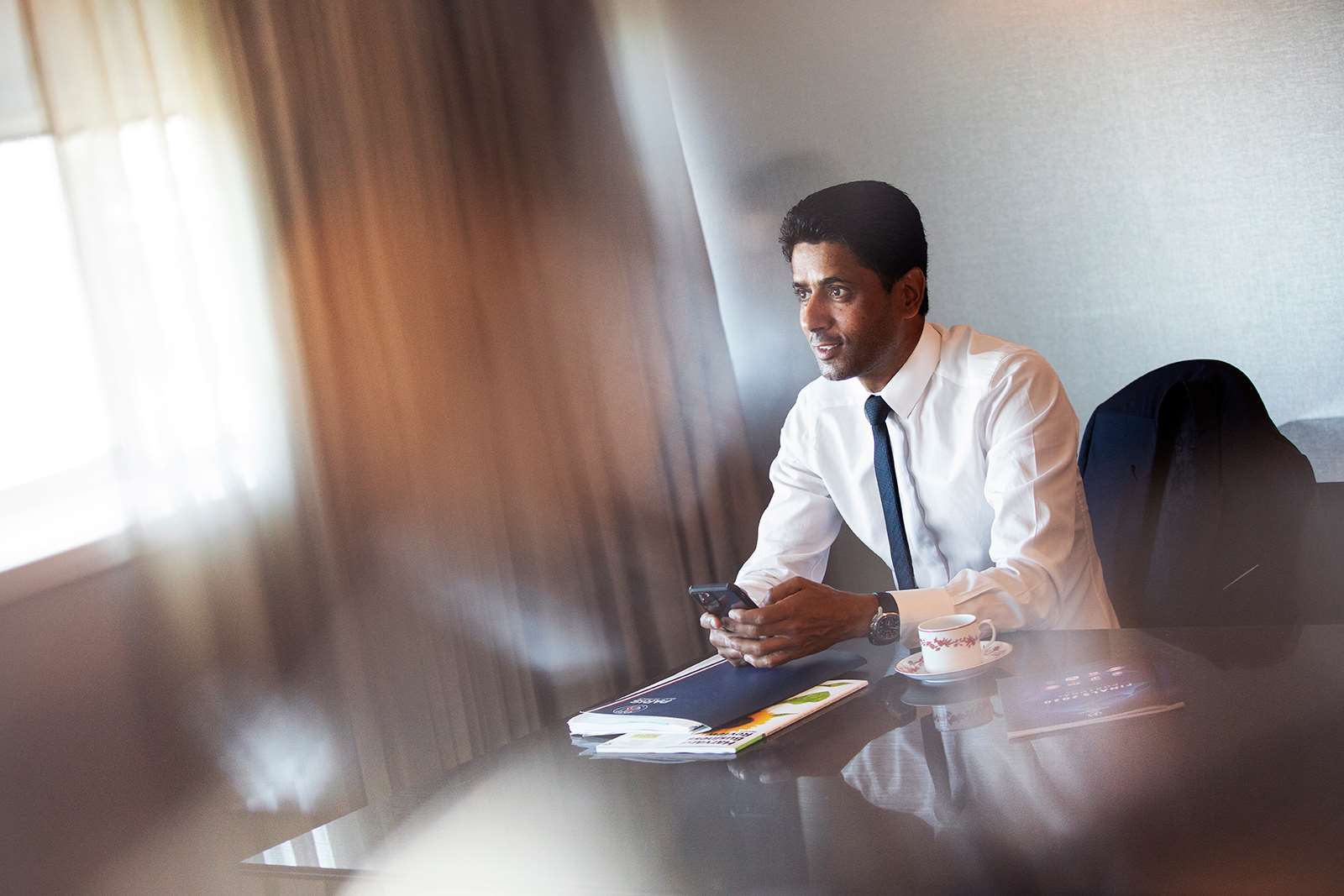