By defeating Montpellier 3-0 away from home this Saturday March 27 the Parisians remain top of the league table. At the same time Lyon always won and stay just behind the Rouge et Bleu. 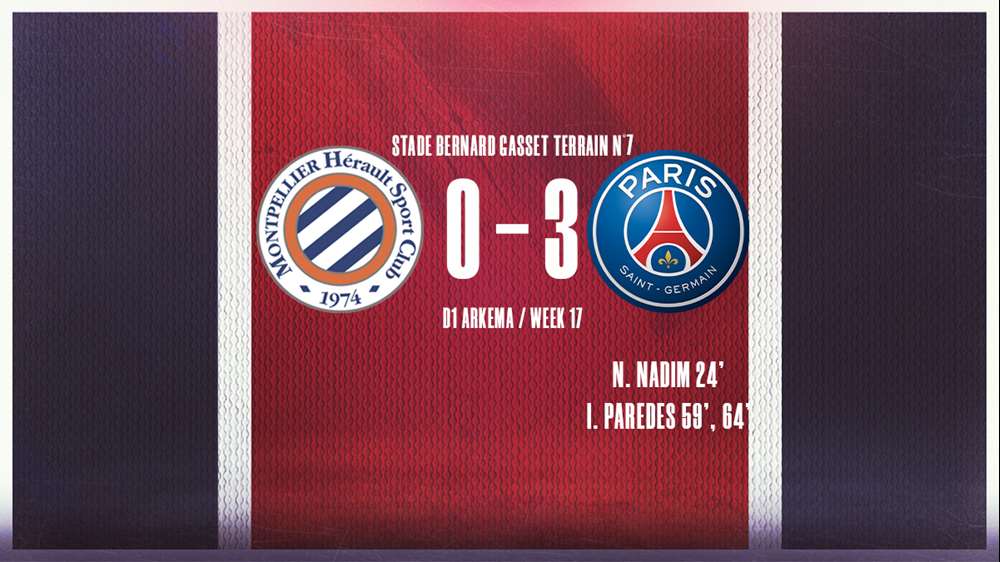 A few days after their Champions League quarter final first leg encounter, both the Parisians and Lyonnaises carried on their battle for the league title.

Olivier Echouafni's players wanted to stay at the top of the D1 table and that's exactly what happened with a solid performance in the Herault.
Nadia Nadim set the team on it's way by opening the scoring after a blistering counter attack and a left footed effort across goal giving the opposition goalkeeper no chance (0-1, 24').

Irene Paredes put the nail in the coffin in the second half by scoring a brace from two corners. Her first goal was a header that doubled the lead (0-2, 59'), before scoring her second five minutes later after a mix up in the area she hammered home from close range  (0-3, 64').

It was job done for the players from the club from the capitale as they were back to winning ways and gaining confidence ahead of the Champions League return leg in Lyon this Wednesday.