Les Parisiennes secure the win and qualify in Madrid!

The Paris Saint-Germain Women's team came out on top in Madrid, in the fourth group stage match of the UEFA Women’s Champions League (2-0). A look back on the victory! Four days after the defeat at Lyon in the league, Paris were back in in action this evening against Real Madrid who they had played 10 days earlier at the Parc des Princes. 4-0 winners in the first encounter, Les Parisiennes' objective was to go out and secure the top spot in the group and take home their tickets for the knock-out stages of the UEFA Women's Champions League. For the occasion, Didier Ollé-Nicolle opted for a slightly changed starting eleven with the presence of Ramona Bachmann, Léa Khelifi and Stéphanie Labbé. 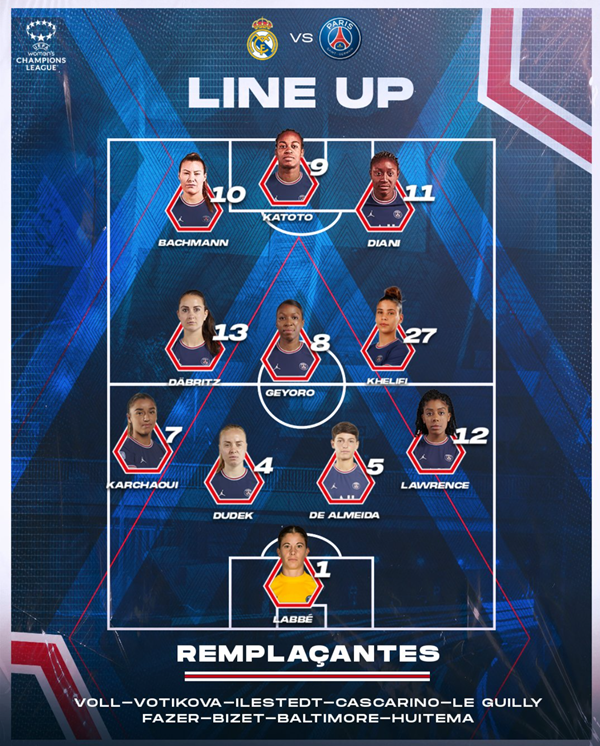 From the very get go, the home side demonstrated their intention to press high up the pitch and the first chance of the match even fell their way (3'). But our Rouge et Bleu were able to hold on despite the early pressure, and then began to push and created chances through Karchaoui (6'), Katoto (15') and even Däbritz (19').

Never far from the opposition's goal, Paris got the first goal of the match thanks to a header from Marie-Antoinette Katoto after an inch perfect free-kick from Ramona Bachmann (1-0, 33'). A liberating first goal that allowed Les Parisiennes to head in at the break in front. 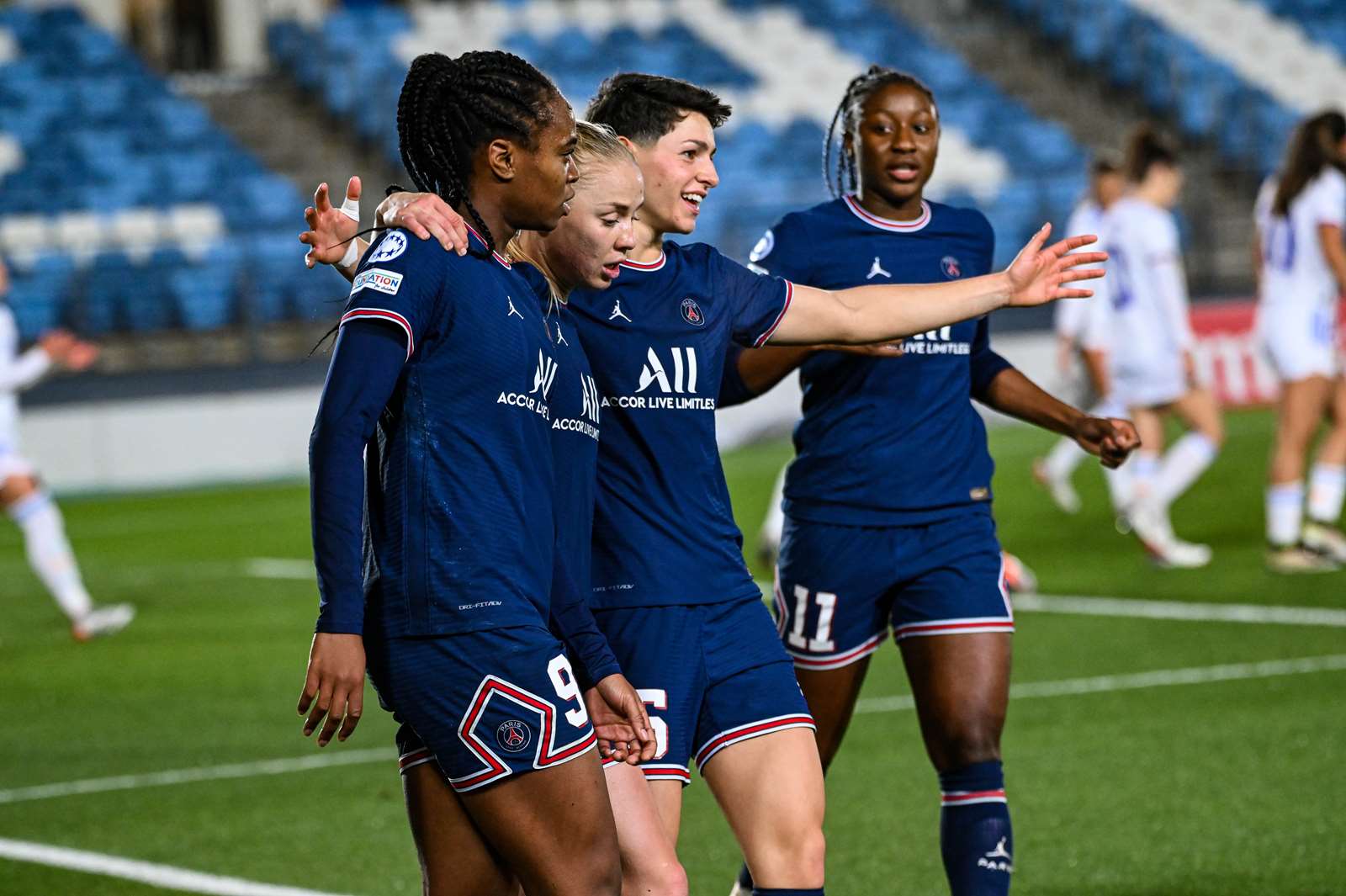 The club from the capital took to the field in the second half with the same determination. But Madrid continued to battle and created chances, including after Carmona's incredible ball for Moller, which was perfectly dealt with by the Paris stopper Labbé (51'). 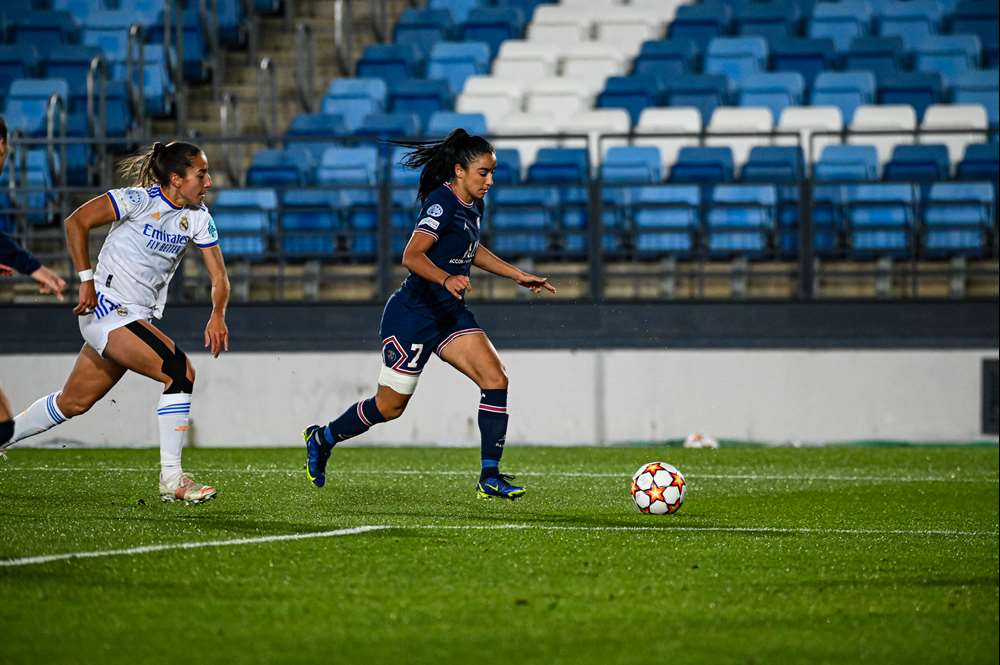 As the match continued, Didier Ollé-Nicolle's side knuckled down as they looked to put the game to bed, seeing brilliance from Karchaoui (61') or even Diani (66'). And it was from the number 7 that the moment of light came! Unplayable from the very start of the match, Karchaoui doubled the visitors' lead with an excellent left footed strike (2-0, 70'), and her first goal of the competition.

Les Parisiennes wouldn't go on to concede any more chances until the end of the encounter. A solid performance for Paris who are still yet to concede a goal in the competition this season. 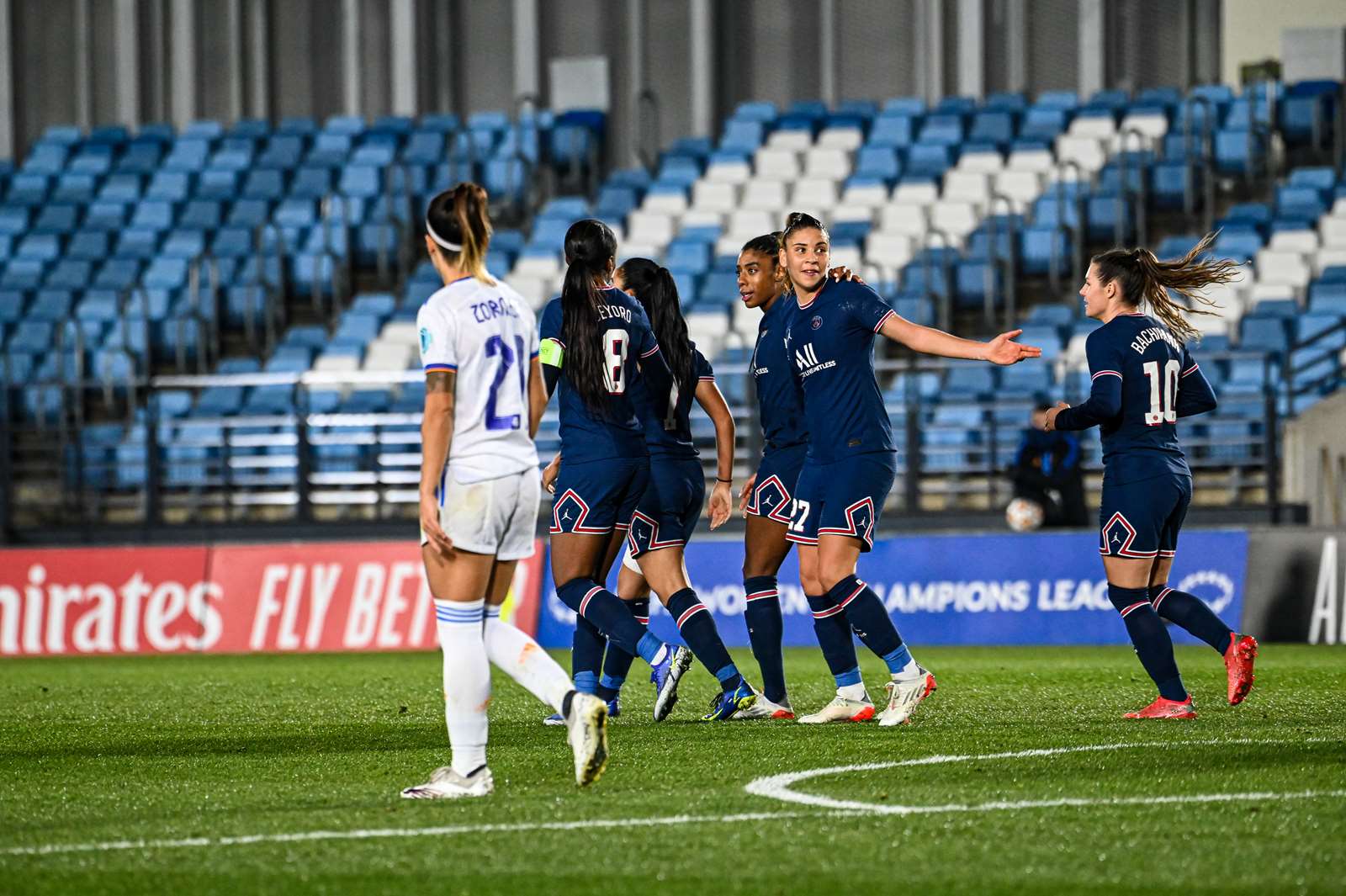 After a well-managed encounter, Paris Saint-Germain made it a 4th victory in as many matches in this year's UEFA Women’s Champions League and in doing so, guaranteed their place in the knockout stages of the competition. Didier Ollé-Nicolle's side will host Stade de Reims on Sunday at 12:45 on Matchday 9 of D1 Arkema.