Les Parisiennes get the three points against Vllaznia Shkodër

Paris Saint-Germain were convincing winners over Vllaznia Shkodër on Matchday 3 of the UEFA Women's Champions League (5-0). A look back at the match.

Three days after the victory in D1 Arkema at Girondins de Bordeaux, Paris Saint-Germain were back in UEFA Women's Champions League action for Matchday 3 of the group stage against Vllaznia Shkodër. On home turf at the Stade Jean-Bouin, Gérard Prêcheur opted to start with Estelle Cascarino through the centre of defence alongside Amanda Ilestedt. Up-front, it was Ramona Bachmann who was chosen to play through the middle, while Jackie Groenen started on the left. 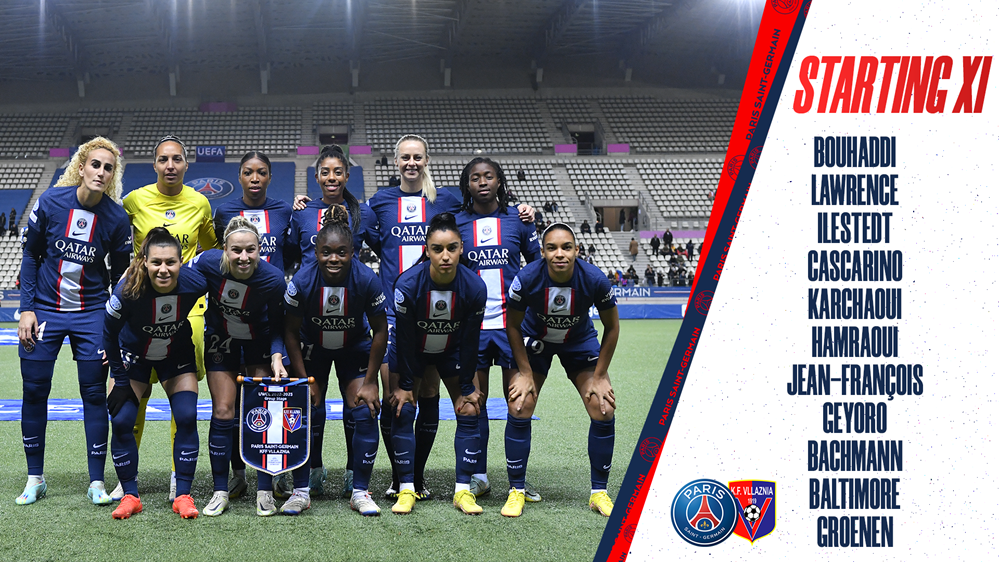 Grace Geyoro had confirmed it during her press conference yesterday, Les Parisiennes were looking to "get off to a flying start". Despite clearly dominating the start of the encounter, Les Rouge et Bleu had to wait until the end of the first half to see things really take off.

A smart pass from Ashley Lawrence caught the Albanian defence by surprise and Grace Geyoro took full advantage to chip the ball over the opposition's goalkeeper to open the scoring for Paris  (1-0, 39'). 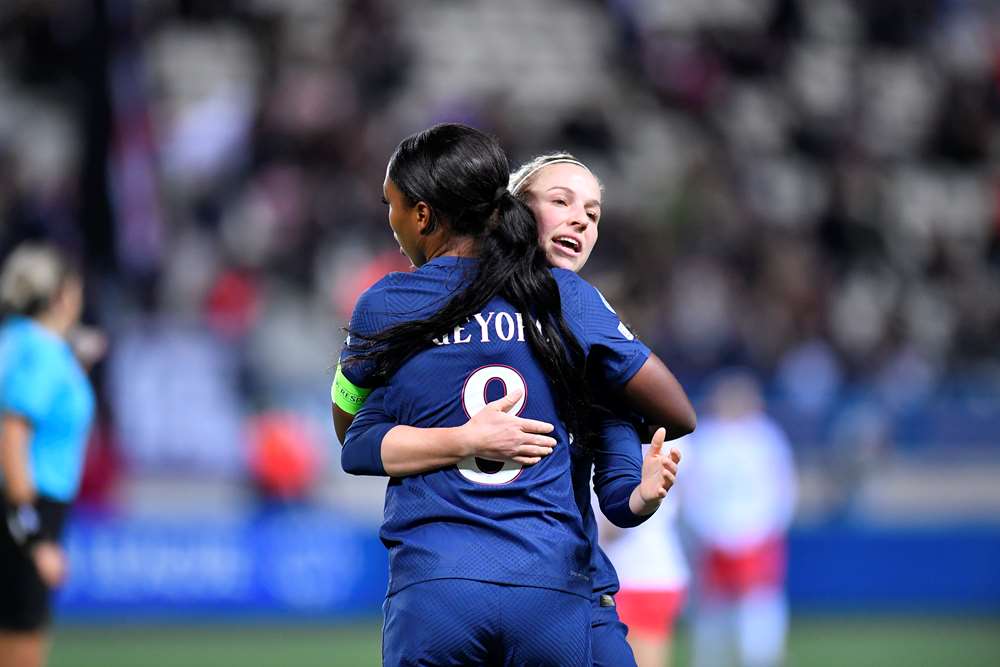 A few moments before the break, Les Parisiennes broke again through Sakina Karchaoui who worked her way into the box down the left. After an impressive one-two with Jackie Groenen, the French full-back crossed firmly with her left foot. The effort was deflected by Gjergji and flew into the back of her own net (2-0, 44'). 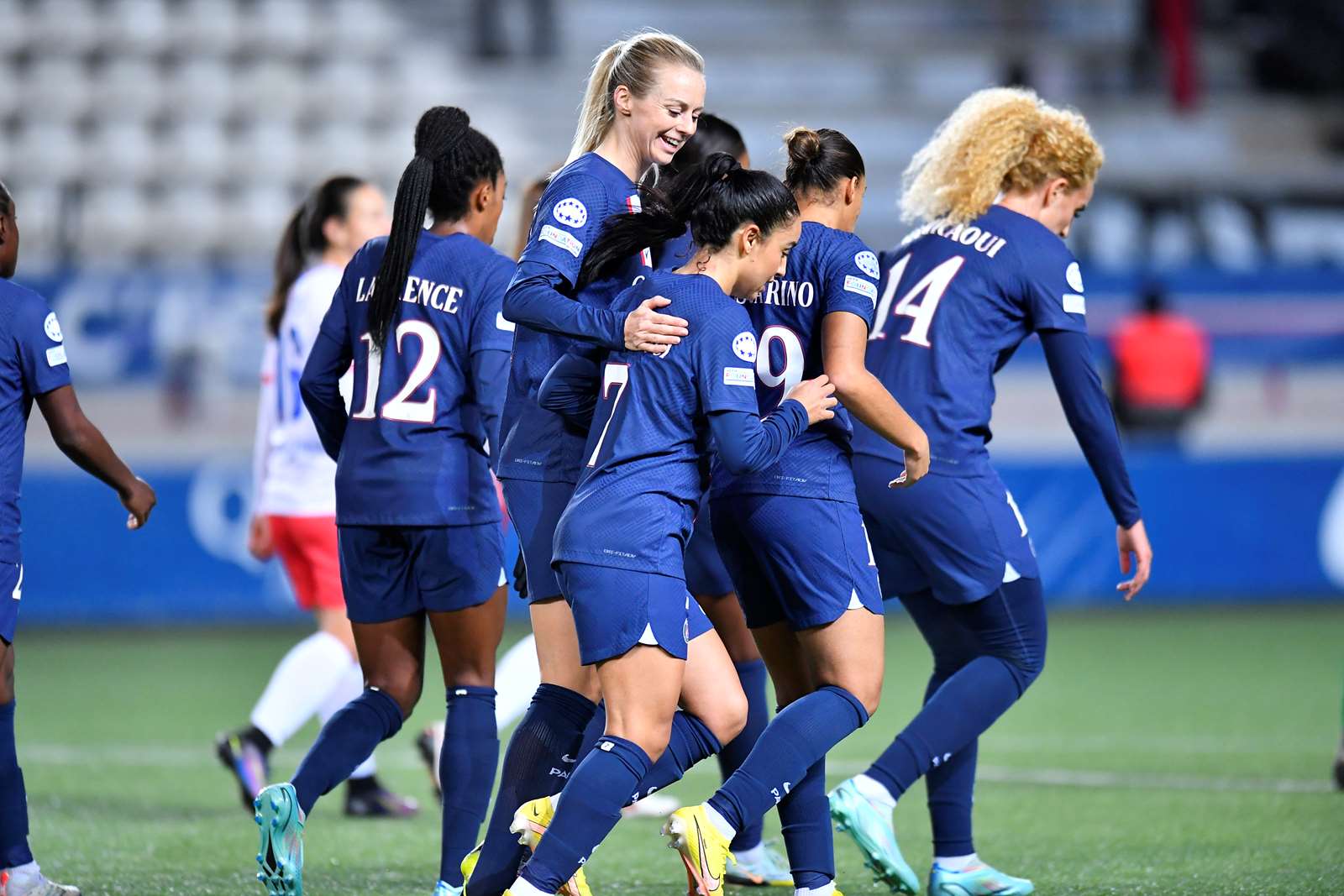 In the second half, Les Rouge et Bleu continued to play on the front foot as they looked to build on their lead. On the hour mark, Ramona Bachmann won a penalty after beating Williams-Mosier, who then knocked the Paris Saint-Germain forward off balance. The Swiss international stepped up herself from the spot and found the back of the net with an impeccable finish (3-0, 60').

Fifteen minutes later, Kheira Hamraoui played another excellent ball in behind for Sandy Baltimore down the left. The latter caught the visitors' defence out with a powerful left-footed strike from a tight angle (4-0, 75')! 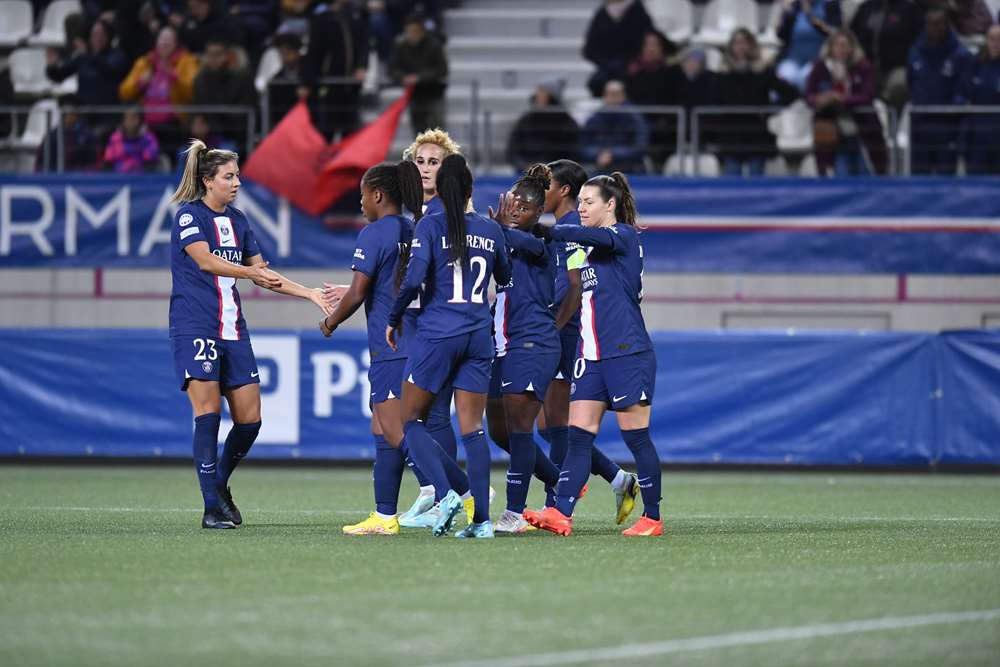 To bring the spectacle to a close, Ashley Lawrence perfectly found Magnaba Folquet who scored a fifth and final goal after an impressive team move (5-0, 85').

Les Rouge et Bleu will now be able to return to domestic action with the visit of Guingamp in D1 Arkema on Saturday at 14:30. The next European test will take place in two weeks, with a trip to Albania for the return fixture against Vllaznia Shkodër.

Inside: At the heart of the win over Vllaznia
Women 26 November 2022

Inside: At the heart of the win over Vllaznia