Paris Saint-Germain are pleased to announce Kheira Hamraoui's arrival. The midfielder has signed until 30 June 2023 with the Rouge et Bleu.

Kheira started at the Pôle France Féminin de football (ex-CNFE Clairefontaine) and made her debut in the first division with FCF Hénin-Beaumont in 2007. At the end of her first season, she signed for Saint-Etienne, where she played for four seasons, before joining Paris Saint-Germain in the summer of 2012.

With the Rouge & Bleu, she scored 16 goals in 92 games in all competitions. In 2016, she left the club from the capital for Olympique Lyonnais before discovering Spain with FC Barcelona.

Kheira Hamraoui made her first appearance for France on 20 October 2012 against England in a friendly. She now has 36 caps and 3 goals with Les Bleues.

The Club welcomes Kheira’s return and wishes her all the best at Paris Saint-Germain. 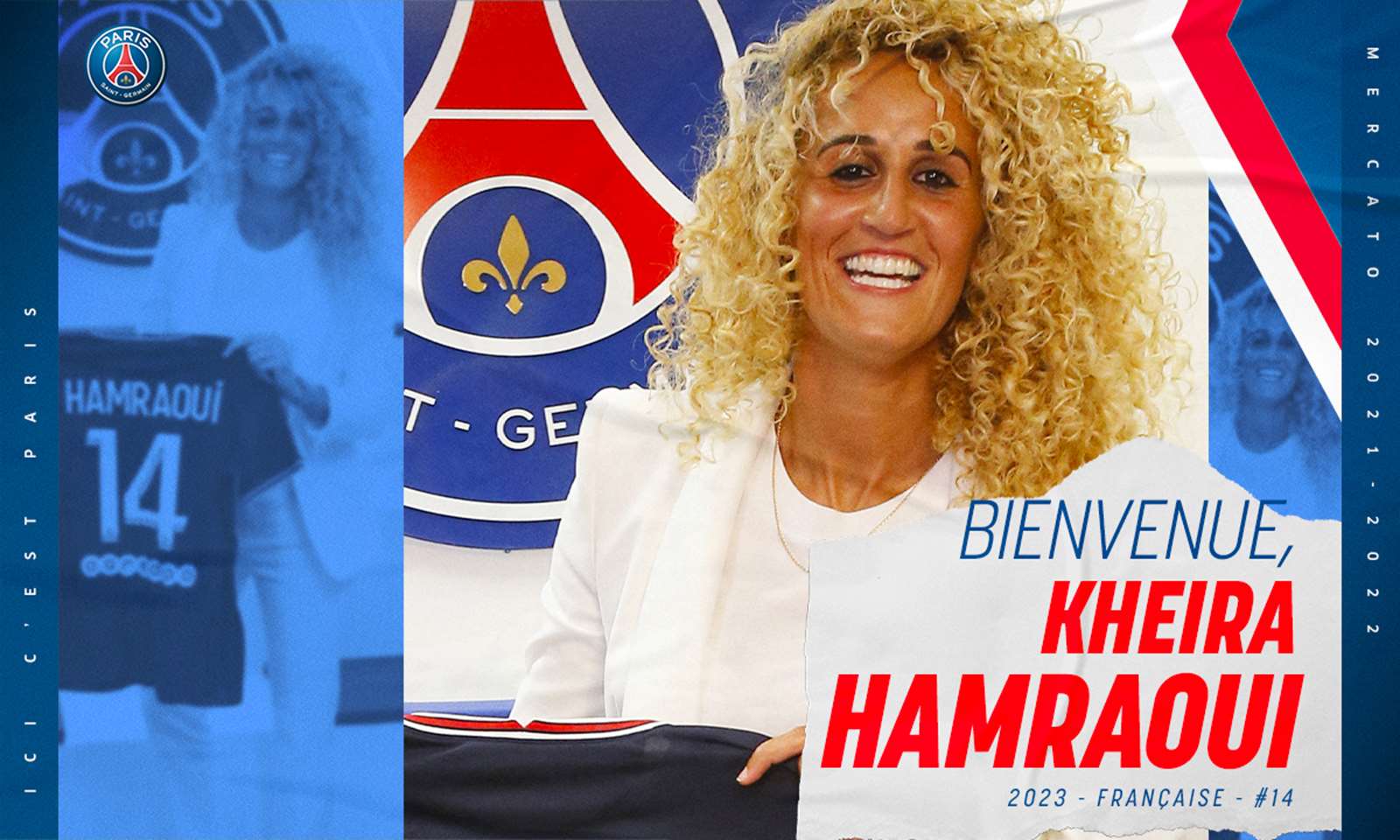 Pictures of the win over Paris FC
Women 19 hours ago

Pictures of the win over Paris FC

Derby day for the Red and Blue
Women 20 hours ago

Derby day for the Red and Blue