On Wednesday evening, Paris Saint-Germain Handball return to EHF Champions League action, playing host to Gudme Oure Gudbjerg Handball (GOG) for the last game of the first half of the group stage (Matchday 7)!

Les Rouge et Bleu are in a very good position in their European campaign heading into this clash with the Danes. They are in second place in the group, one point behind Veszprém, but above all three points ahead of their nearest rivals. As a reminder, the top two in the group will qualify directly for the quarter-finals.

GOG have also had a good first half of the European season. After six games, our future opponents are in fourth place in Group A, with seven points, alongside Magdeburg. With a four-point lead over the drop zone, they are also well on their way to the next round. 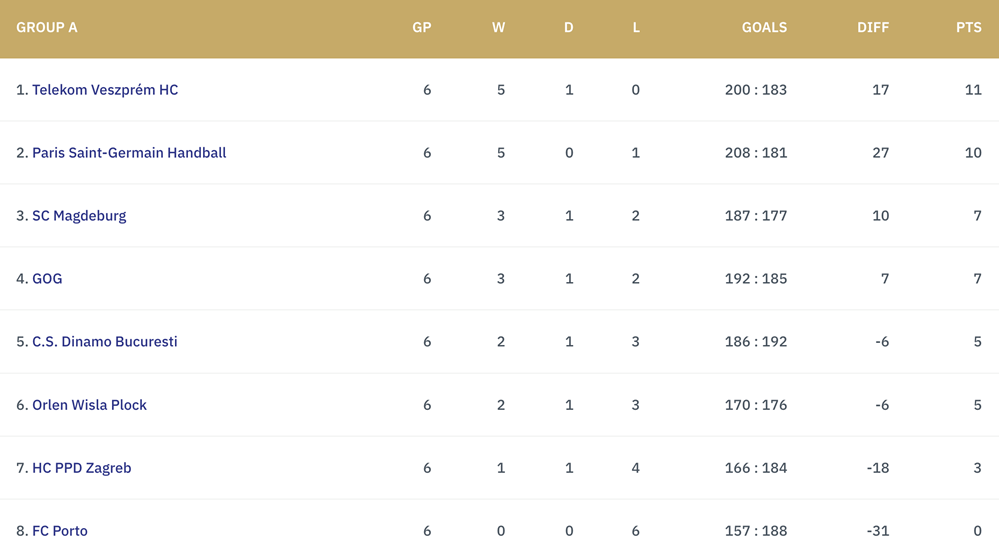 The Danish team are not to be taken lightly. They have picked up valuable points away from home since the start of the season, notably with wins away to Zagreb (27-31) and Porto (26-33). At home, they made Veszprém sweat bullets in a narrow defeat (30-31) and then got the better of Magdeburg (33-32).

With 208 goals, Paris' attack is the best in the group, but also the fourth in the competition. As is the case in the championship, our two main scorers are Kamil Syprzak (40) and Elohim Prandi (38). For GOG (192 goals), the most outstanding player is their Swedish winger, Jerry Tollbring, with 36 goals.

The Danes are also very good in the defensive sector. Despite having conceded 185 goals, they have an 88-save pair of goalkeepers (Tobias Thulin and Matthias Dorgelo), who top the saves chart. Andreas Palicka and Jannick Green have made a combined 60 saves while conceding 181 goals.

Top Saves: Double save from Green

Inside: A great win over GOG
Handball 25 November 2022

Inside: A great win over GOG