On Wednesday evening, European action returned to the Stade Pierre de Coubertin. For EHF Champions League Matchday 7, Paris Saint-Germain Handball hosted Gudme Oure Gudbjerg Handball (GOG) in what was a golden opportunity to do well against one of their closest rivals. But to do so, they had to defeat a strong team that is making plenty of waves in Group A.

At the beginning of the match, the defences had the upper hand over the attacks and the scoreboard keepers were relatively untroubled (4': 1-1). However, while our players struggled to find the breakthrough, the visitors got their eye in and carved out an early lead (7': 4-1). Although our side began to hit back, led by Luc Steins (12': 4-5), the end of the first quarter was still dominated by the Danes (15': 5-8). 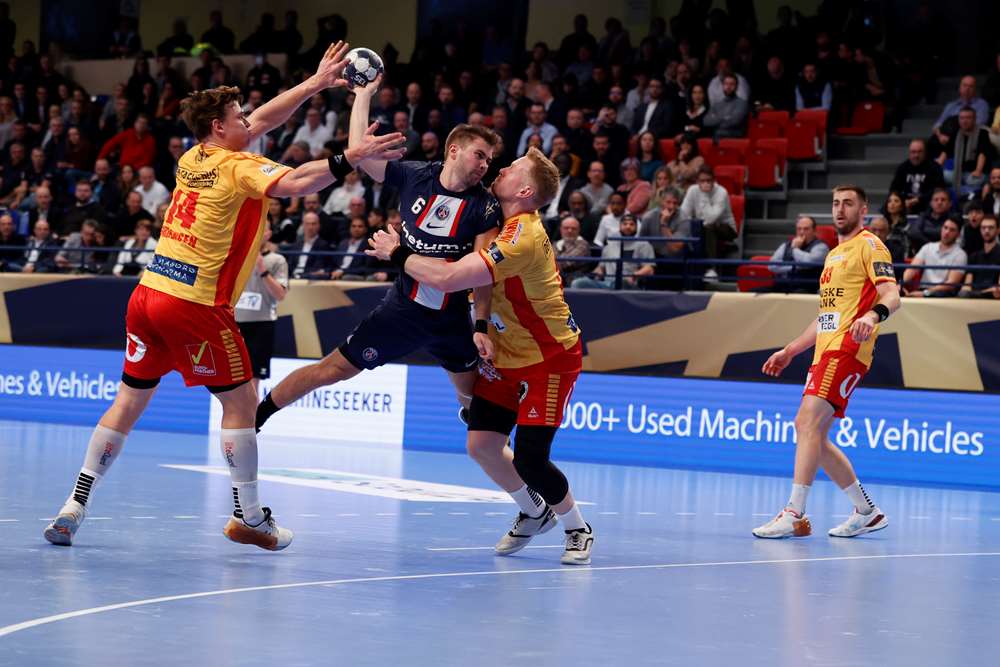 After this difficult start, Les Rouge et Bleu rallied well and it wasn't long before they had found their rhythm! In a lively atmosphere, they gradually clawed back their deficit (18': 8-9) and then equalised thanks to Dainis Kristopans (19': 9-9). Then the near-impermeable Jannick Green cast a spell on the visiting front line and shut up shop, with his teammates taking full advantage and pulling ahead (21': 11-9). The game grew even more heated on both sides (27': 14-14) and at the break, the two teams were once again on level terms.

At the restart, Jannick was still on fire and prevented GOG from making the break several times (33': 16-17). Unbeatable against his compatriots, he allowed his teammates rack up the outgoing and minimise the incomings (39': 26-22). However, as the final minutes approached, Les Rouge et Bleu were still ahead, but not yet safe (45': 27-25). Once again, in a difficult moment, Jannick brought Coubertin to its feet with an exceptional double save (47': 28-25) and the storm passes (48': 29-25).

The Danish goalkeeper was also helped by an excellent defence, which grew ever more difficult to break down (52': 32-28). Paris Saint-Germain Handball controlled the final minutes perfectly and even grew their lead (57': 39-33)! A few moments later, after a 7m throw from youth academy star Léo Plantin, Les Rouge et Bleu were declared winners for a sixth-straight time in this European campaign!

Top Saves: Double save from Green

Inside: A great win over GOG
Handball 25 November 2022

Inside: A great win over GOG