Paris Saint-Germain came out as 3-1 winners over Metz on Matchday 34 at the Stade Saint-Symphorien, in a crucial match for the club from the capital! A look back at the encounter! 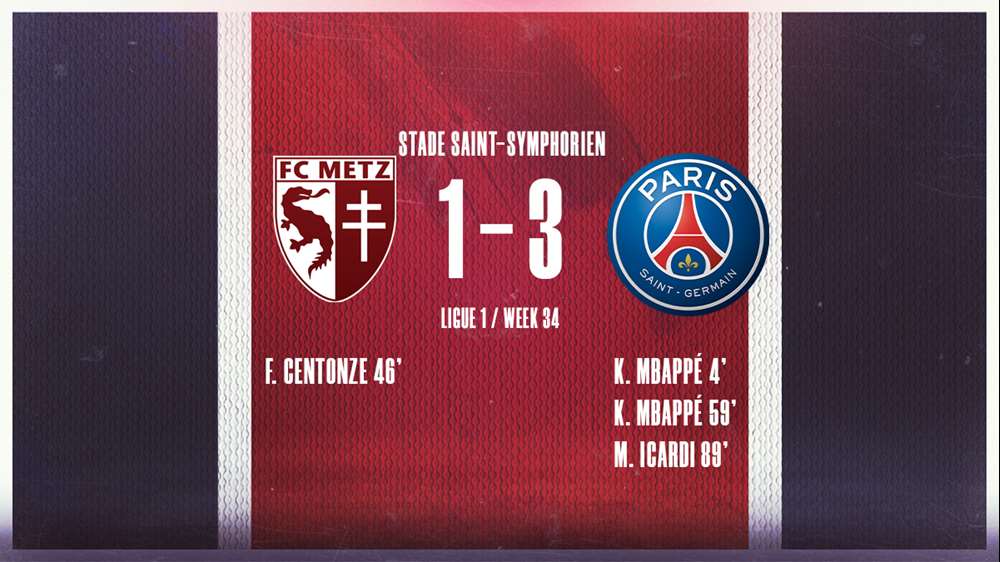 Well on their way in the final sprint in all competitions, Paris Saint-Germain travelled to Lorraine with the objective of continuing their winning streak in Ligue 1. For the occasion, Mauricio Pochettino opted for a starting eleven with the trio of Sarabia-Mbappé-Neymar Jr up-front and Marco Verratti in the heart of midfield. 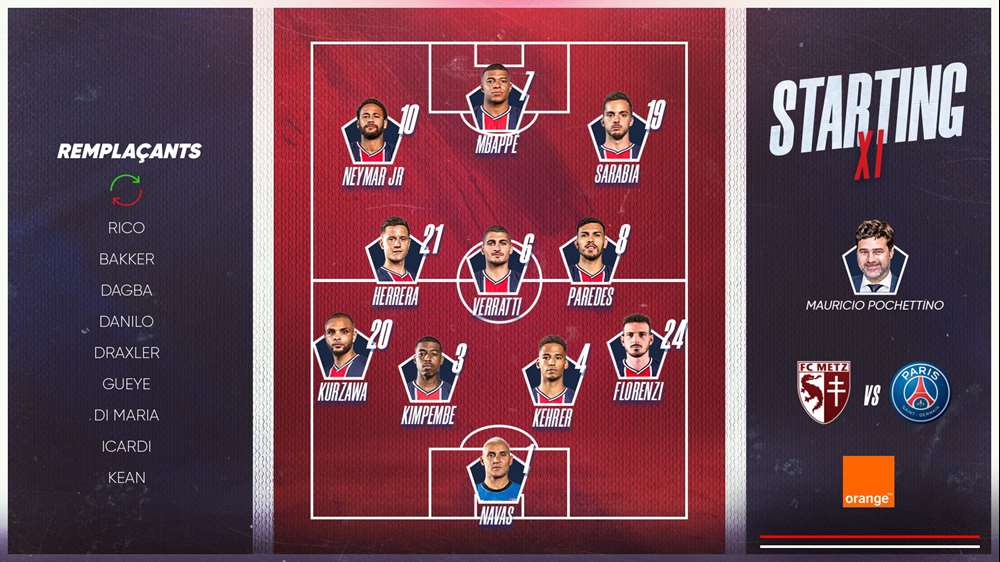 In this kind of set-up and against an opposition that had decided to close the spaces and play on the encounter, Les Parisiens wanted to start the game quickly in order to avoid a tight encounter... And things started in the best possible way from the very get go for Les Rouge et Bleu! Played in deep by Ander Herrera, Kylian Mbappé showed an excellent piece of skill: run, control and clinical finish past a helpless Alexandre Oukidja with his first chance of the match (0-1, 4'). 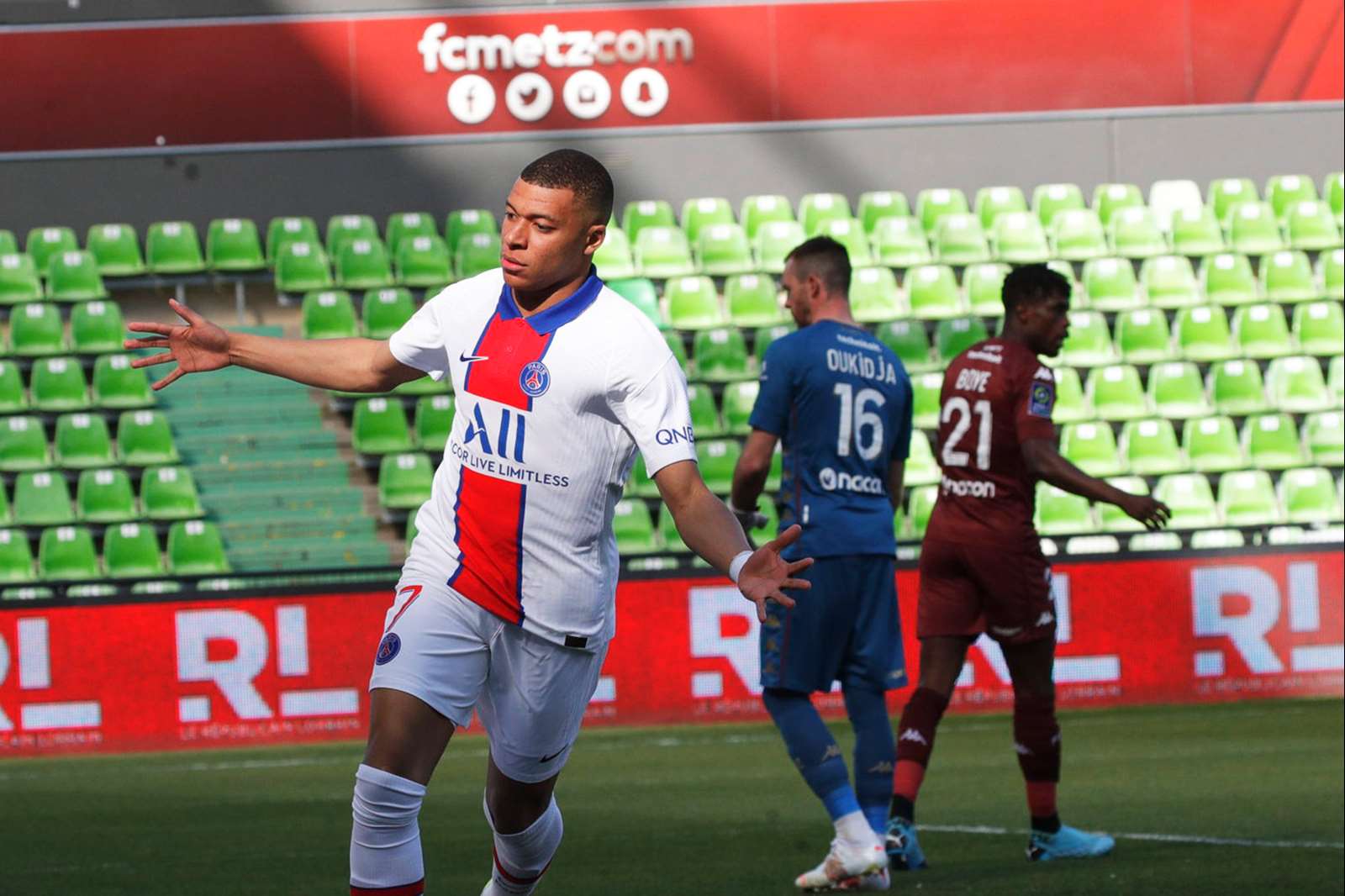 A lead that allowed Les Parisiens to continue to attack, inspired by Neymar - who tried his luck from a free-kick (10') and in open play (14'). But it was too small a lead to prevent Frédéric Antonetti from getting his troops going: after a chance for Centonze up against Keylor Navas (28'), the full-back deservedly equalised with his head after a cross into the box from Boulaya at the very start of the second half (1-1, 46'). There were 45 minutes left to secure the win. 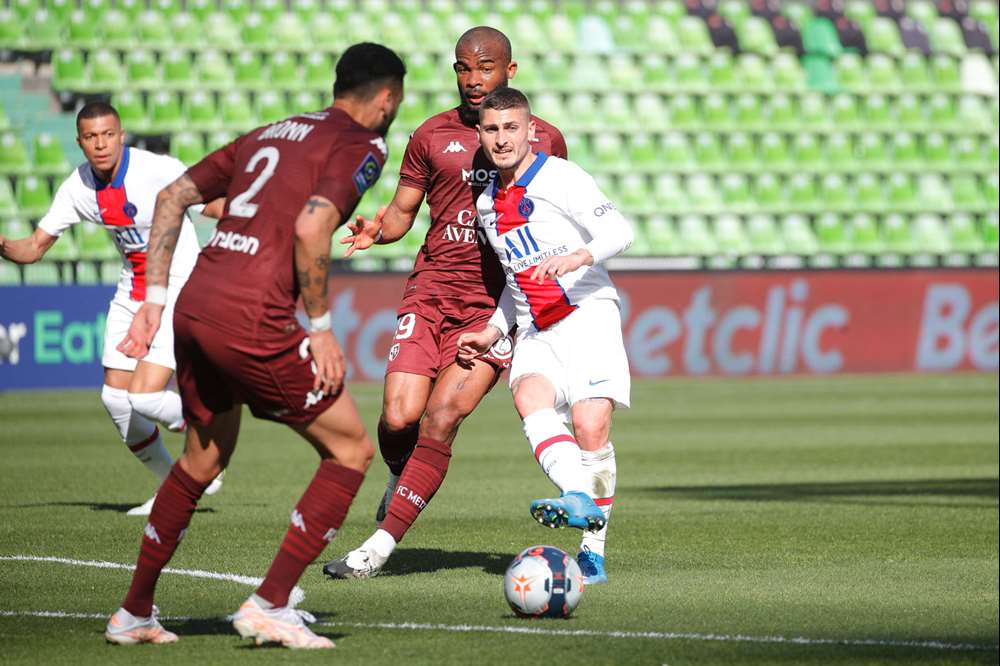 Les Parisiens then stepped up a gear. From Pablo Sarabia (49') to Leandro Paredes (55'), the waves of attacks on the Metz goal stacked up, but the light came from the unstoppable Kylian Mbappé! The Frenchman got his side back on the right track with an early shot from the edge of the box (1-2, 59'). The men from the capital refused to take their feet off the gas. After several chances - including a powerful strike from Ander Herrera (81') - it was Mauro Icardi who came on off the bench to win a penalty and scored with a Panenka (1-3, 89'). 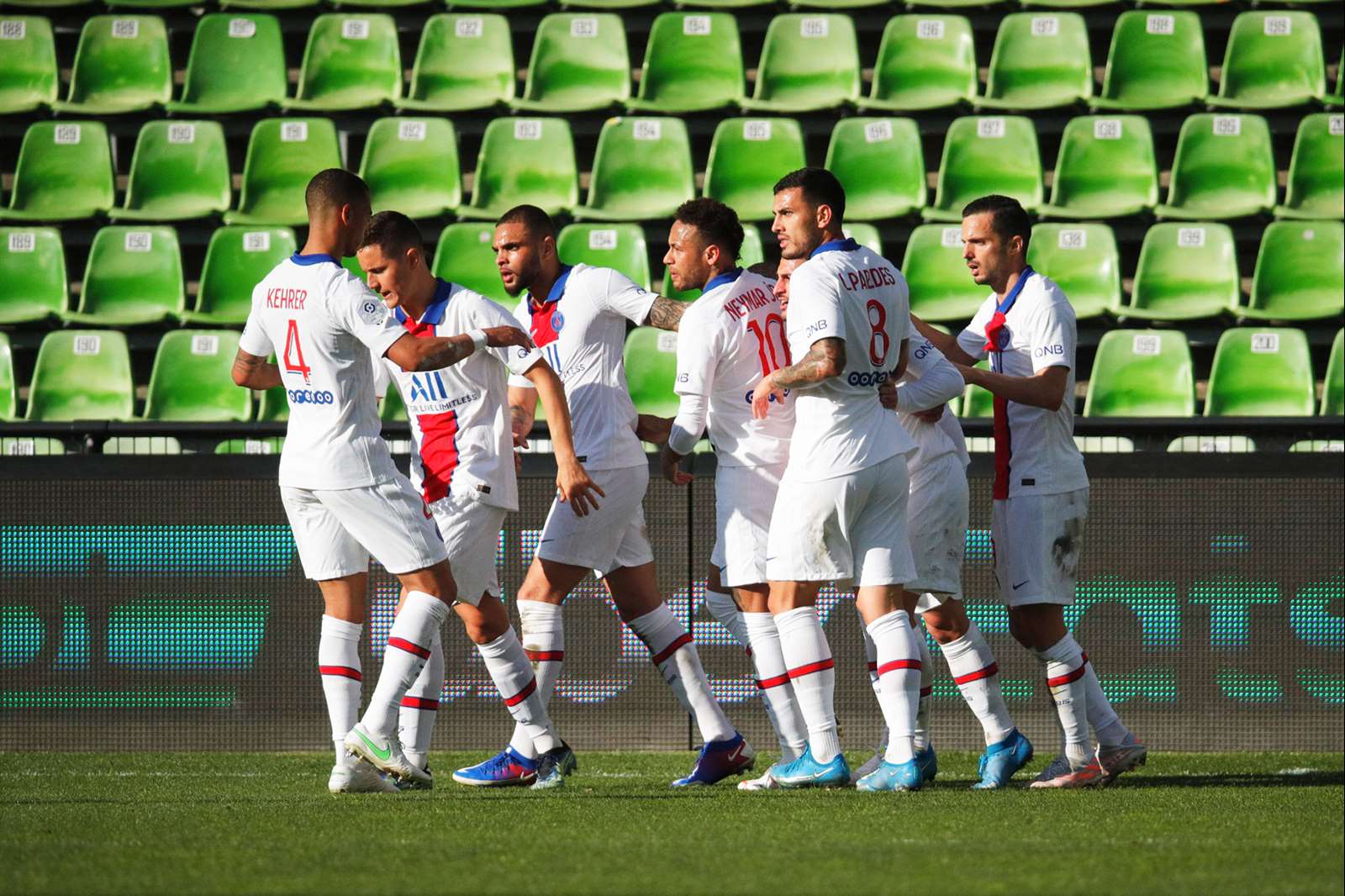 After a committed performance, Paris Saint-Germain picked up a third consecutive win in  Ligue 1 and retake first place in the league. Mission accomplished before a fascinating week to come with the first leg of the semi-finals of the UEFA Champions League against Manchester City at the Parc des Princes on Wednesday.