The Parisians grab the winner at the death!

In a very tight encounter, Paris Saint-Germain once again managed to snatch a victory against Metz, in Matchday 7 of Ligue 1 (1-2). Here is a look back at the match! 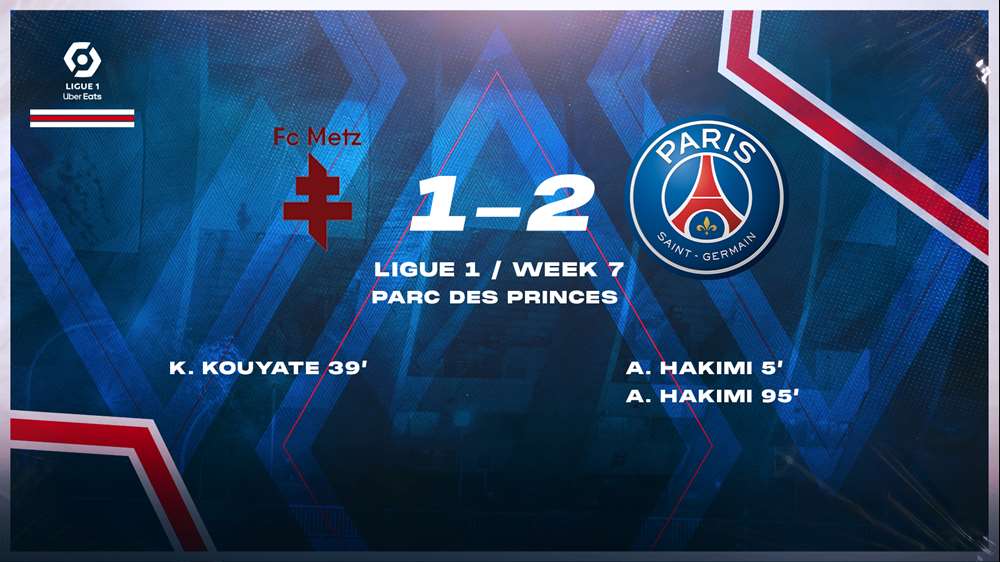 Paris Saint-Germain travelled to Metz with the aim of consolidating their position at the top of the table. The challenge was clear: win for the seventh time in a row to stay at the top of the table and gain confidence during this busy period. Mauricio Pochettino started the Neymar Jr-Icardi-Mbappé trio up front. 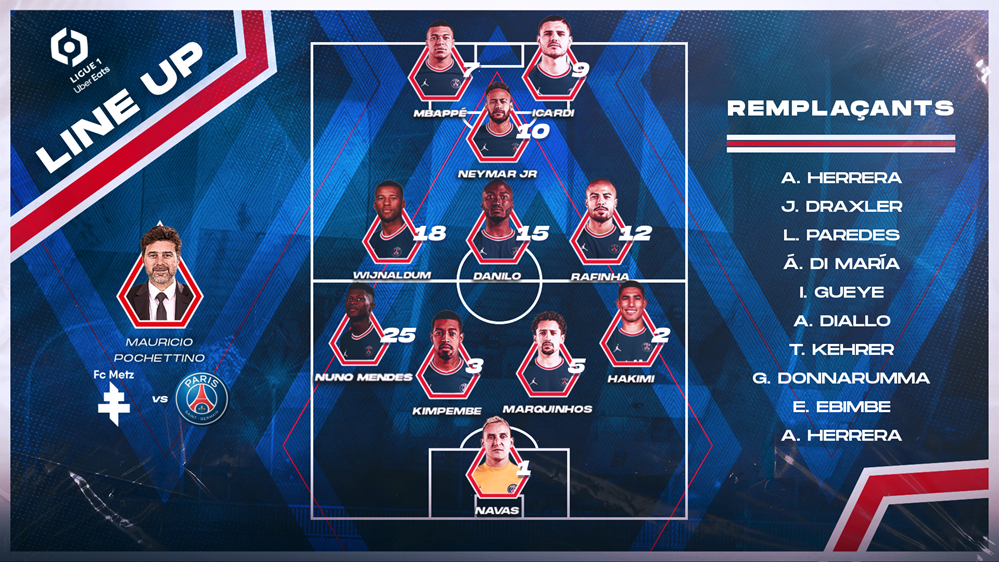 Against an opponent who needed points, the Rouge et Bleu expected an intense battle against a well organised side. And it was a first half full of ebbs and flows!

The first 20 minutes were in favour of the Parisians, who pressed hard from the start. And Icardi's runs quickly caused issues! The Argentine saw his effort cleared off the line after a Neymar Jr. pass, but Achraf Hakimi was on hand to slot the ball home! (0-1, 5'). Antonetti's men were suffocated by the pressure that was put on them, and both Icardi and Mbappé came very close to doubling the lead. 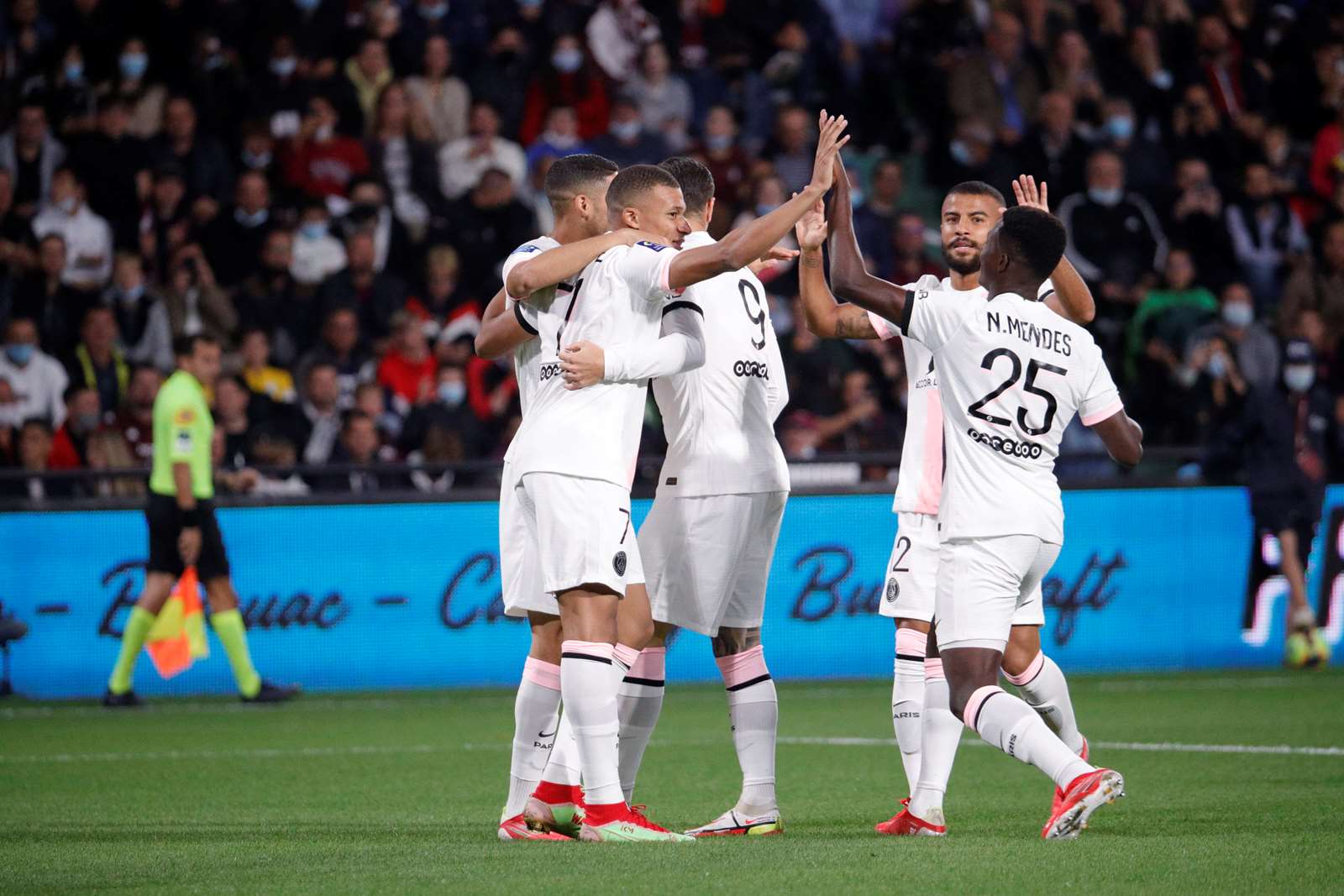 But after suffering, the Grenats increased their energy levels to turn the tide and regain control of the game at the other end of the pitch, with Niane and Yade leading the way. It was from a corner that the hosts managed to equalise with a header from Kouyaté (1-1, 39'). It took a superb save from Keylor Navas in a duel with Gueye to save his side just before the break (45'). And it was all square at the break. 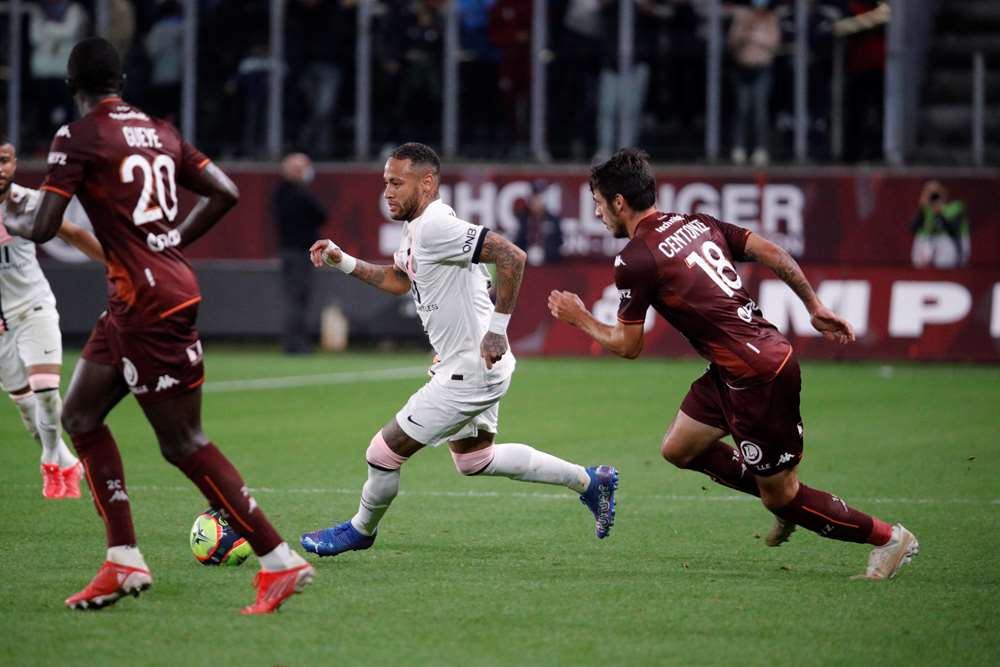 They needed to react in the second half, and the Rouge et Bleu tried to turn the game around: Wijnaldum went close (48'), Neymar Jr had a number of great chances up against Oukidha (52', 56', 60') and also played a brilliant pass to Hakimi, whose attempt scared the Metz defence (64'). However, as the game got tougher and the lines stretched, Pochettino relied on the introduction of Julian Draxler and Angel Di Maria to create a threat for the Parisians.

It took a spark and that spark came from Achraf Hakimi! And after a tough night the Moroccan international's left-footed drive from the edge of the box found the back of the net to set Paris free. (1-2, 90+5').

It was a final flourish for the Parisians, who were rewarded for their tenacity and keep their 100% record in Ligue 1 this season. The mission has been accomplished.