After 16 seasons at Real Madrid, Sergio Ramos has signed for the next two years with Paris Saint-Germain. Let’s take a closer look at the Spanish defender…

It would be presumptuous to try and sum up Sergio Ramos' career in just a few lines, and foolhardy to try and find enough adjectives to describe not only the player, but also the man. Over the last decade, no other defender has rivalled the influence he had on the prestigious Real Madrid or the golden era of the Spain national team. He has had few equals in the football world.

To fully understand the magnitude of his career, we have to retrace the steps of this prodigy from Seville, where he spent eight years in the local club’s youth academy before making his professional debut at the tender age of 18. At the time, he was already an outstanding full-back, and his performances quickly caught the eyes of the big boys. In 2005, Real Madrid paid a record fee for the youngster and gave him the number 4 shirt of retired club legend Fernando Hierro. It was the beginning of an incredible story for the youngster from Andalusia, who was determined to conquer the country. 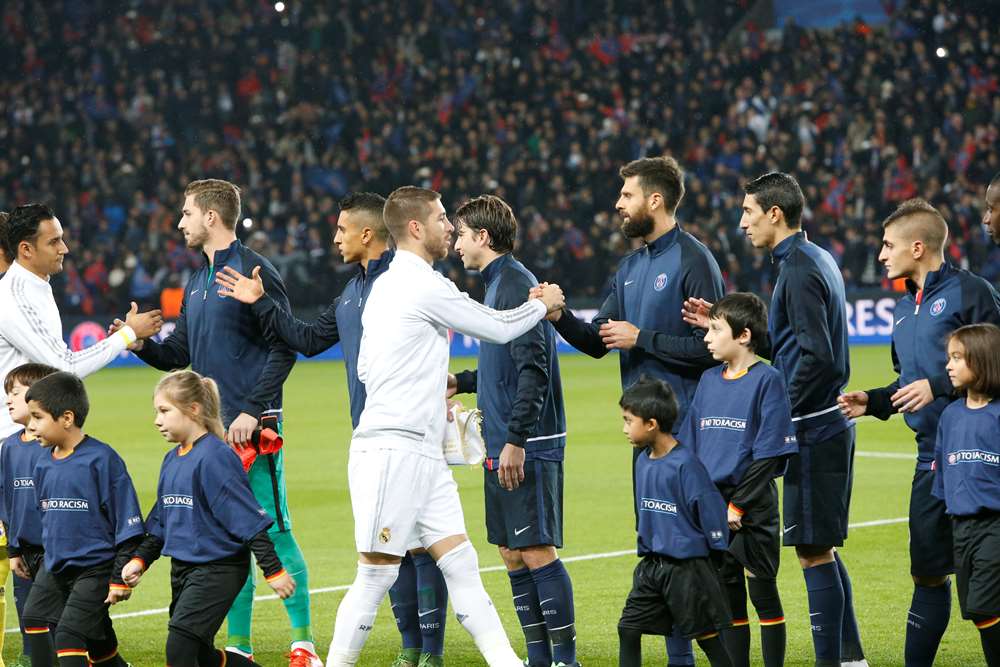 Ramos was awarded the Don Balón Revelation of the Year award in his first year, was voted best right-back in the world three years running by FIFPRO, and became a fully-fledged member of La Roja's golden generation as a teenager, just a year after winning the Euro with the U19s. With Spain, he enjoyed immediate success, winning Euro 2008, the 2010 World Cup and Euro 2012, distinguishing himself with a Panenka-style penalty that has gone down in history. 15 years after his debut, he remains to this day the most capped Spanish player in history with 180 caps.

At Real Madrid, Ramos became an undisputed starter at the age of 20. He won his first two championships in 2007 and 2008, the year in which he first appeared in the FIFA Team of the Year. Today, only the legendary Cristiano and Messi (14) have featured more often than him in the FIFPRO XI (11 times).

He was transformed into a central defender under Mourinho, and became the side's true leader alongside Cristiano Ronaldo. His enthusiasm, positional sense, penchant for physical duels and ability to read the play were all factors that helped Ramos move seamlessly into his new position. 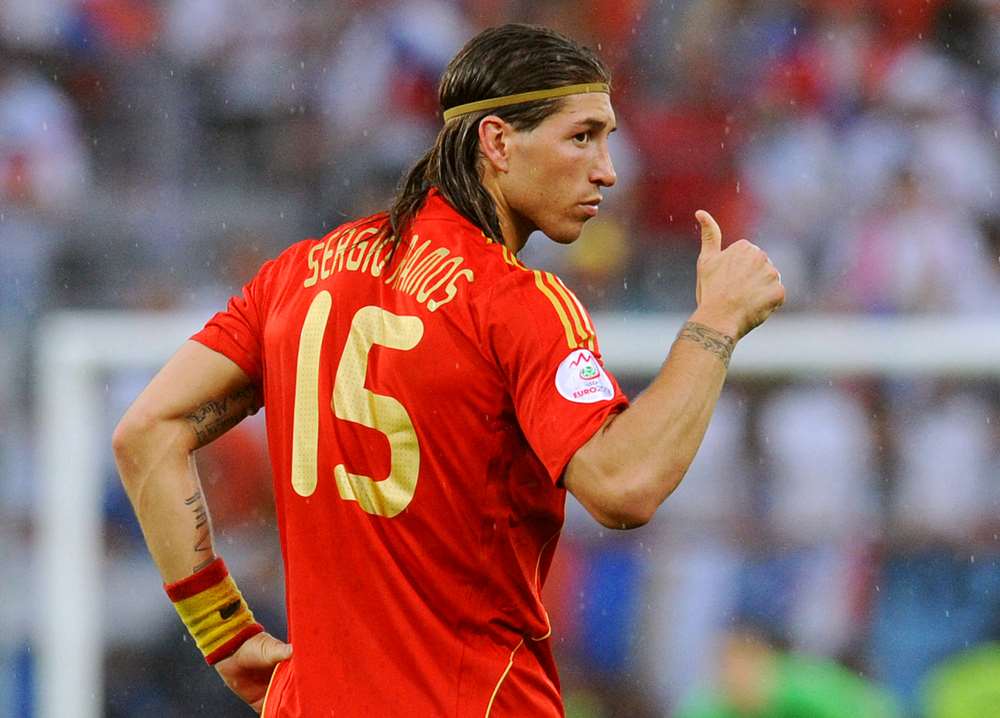 The years passed, the team-mates and coaches came and went, the trophies accumulated, but the aura and style of the man from Seville remained. In 16 years, Sergio Ramos established himself as one of the very best defenders in the world. His list of honours is testament to his success. As well as his success on the international stage, he proudly displays no less than 22 trophies on the mantelpiece: five Spanish Liga titles, four Champions Leagues, four Club World Cups, three European Supercups, two Copa del Rey and four Spanish Super Cups.

All this in 671 games, and with an impressive 101 goals scored. Because 'SR4' is also one of the most prolific goal scoring defenders in history. An anomaly in the footballing landscape. In fact, Ramos remains to this day the only defender to have scored in two Champions League finals (2014 and 2016).

The hero of the 2014 semi-final against Bayern with two headed goals, it was in the final that he would add his name to the legend of Europe's premiere club competition. That night, he was simply unstoppable and scored a memorable 93rd-minute header against Atletico to propel his side towards the long-awaited 'Decima'. One of the most iconic moments in the history of Los Blancos.

The Champions League is part of his story, but there is also the 'Clasico', that pulses through his veins. The defender played in 45 of Spain's national derby, more than any other player in the history of this great rivalry. He also scored five times in these prestigious encounters. 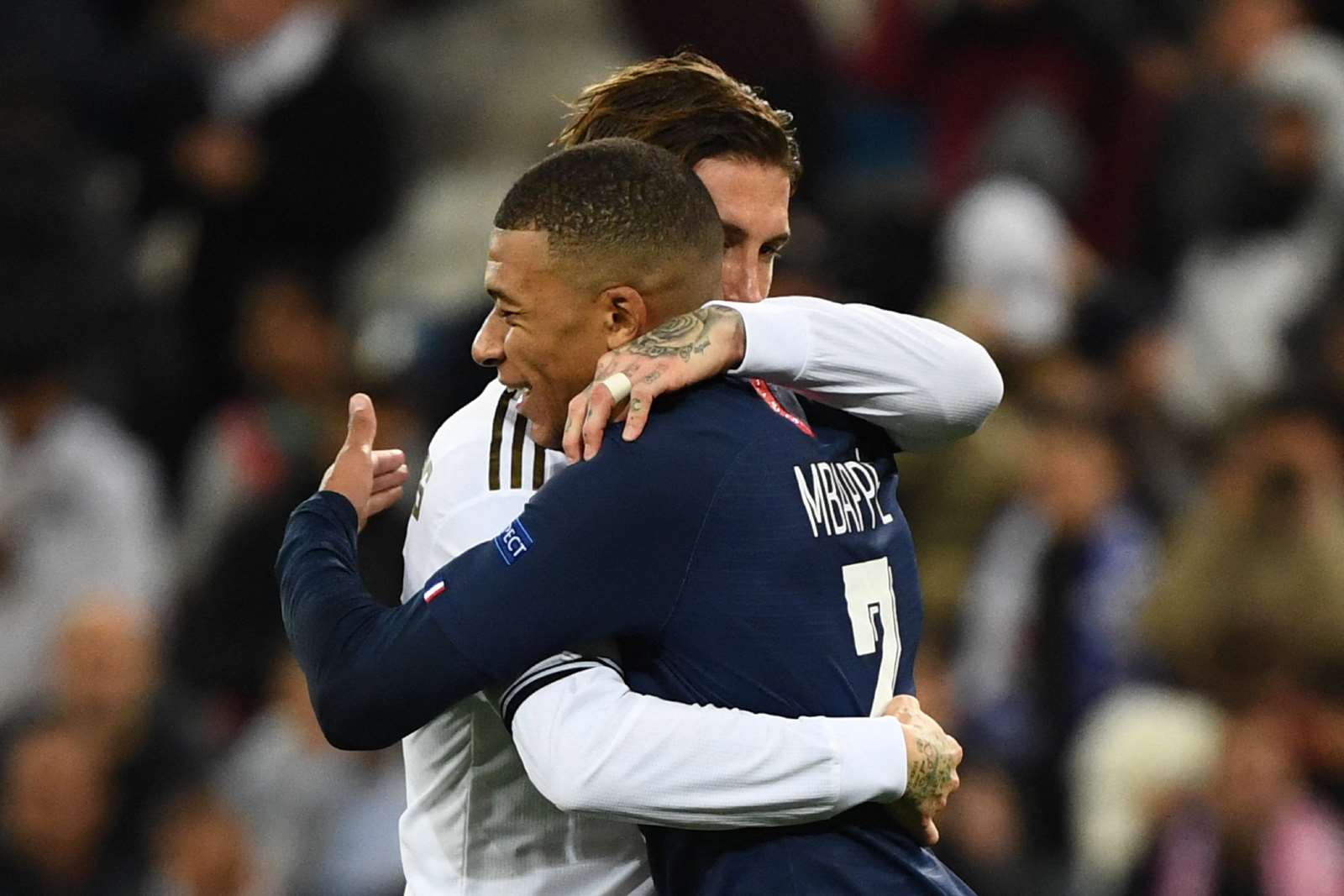 But one thing Sergio Ramos' CV doesn't do justice to is his extraordinary personality. The long-serving Real Madrid captain, a leader at heart and a competitor in his blood, the man who can play in any defensive position, is above all an extraordinary athlete, driven by a sense of sacrifice and a hunger to win everything. A global reference, who has become a legend for club and country, but also and above all a complete player in constant search of new challenges.

"I am the master of my own destiny", reads the blue ink on the tattoo on his ribs. Destiny now leads him to the City of Light, to write a new page in his history. From now on, it will be in Rouge et Bleu that his ambition will be realised.