Paris defeated in the Principality

Paris Saint-Germain were beaten by AS Monaco this Friday night on matchday 11 of Ligue 1 (3-2). Here’s how it went down. 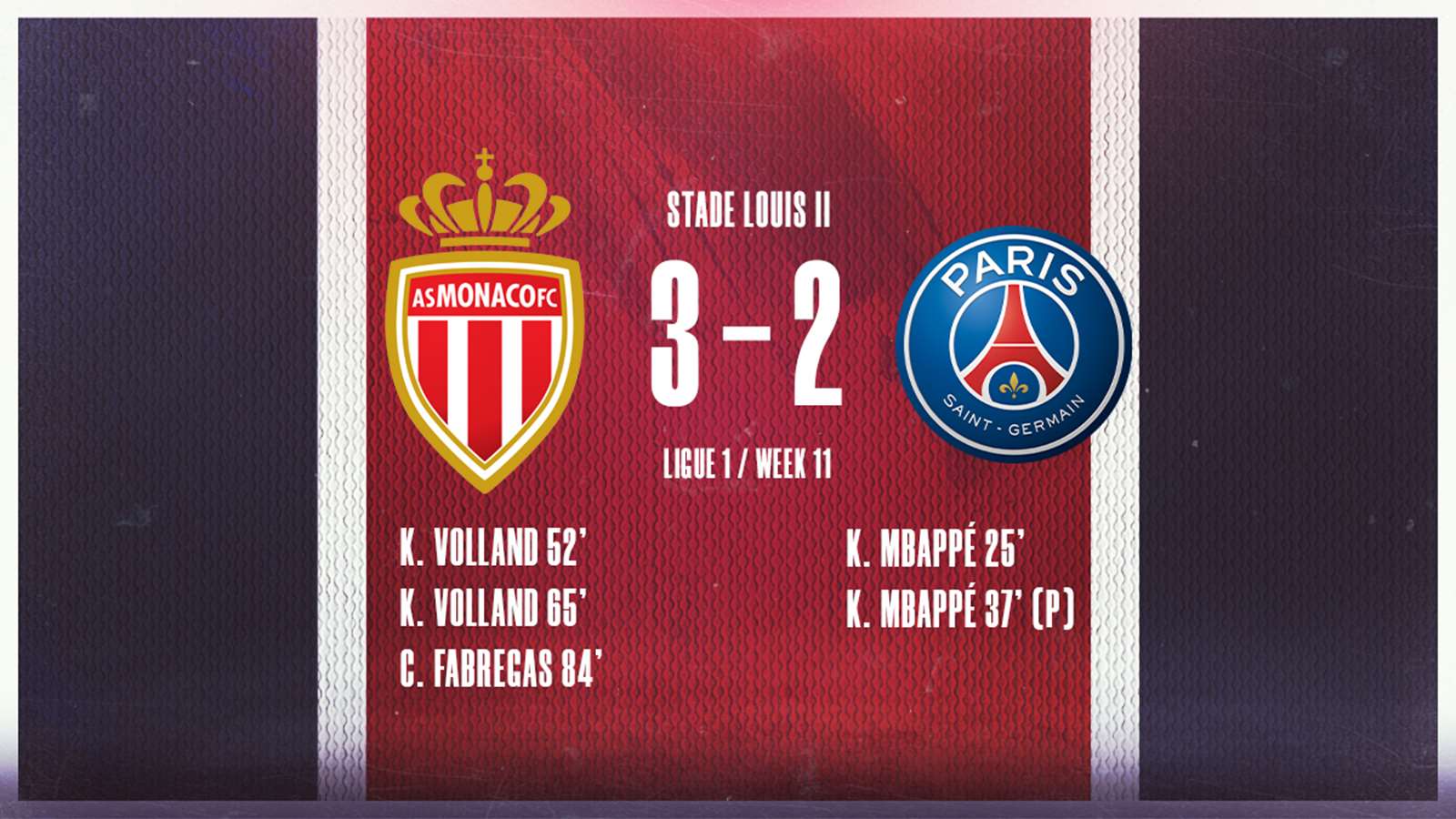 The Parisians made the trip to Monaco in a Ligue 1 clash two weeks after their last league win against Stade Rennais (3-0). Without several key players after a tough international break, Thomas Tuchel set his side up in a 4-4-2 formation with an attacking quartet of Kylian Mbappé, Moise Kean, Angel Di Maria and Pablo Sarabia.

The Parisians were expecting a tough test against a high-scoring Monaco team who were unbeaten in their last eight home games. Right from the start both sides’ attacking prowess was on show. The Rouge et Bleu started off well by keeping possession on the edge of the opposition box and creating the first few chances of the game. 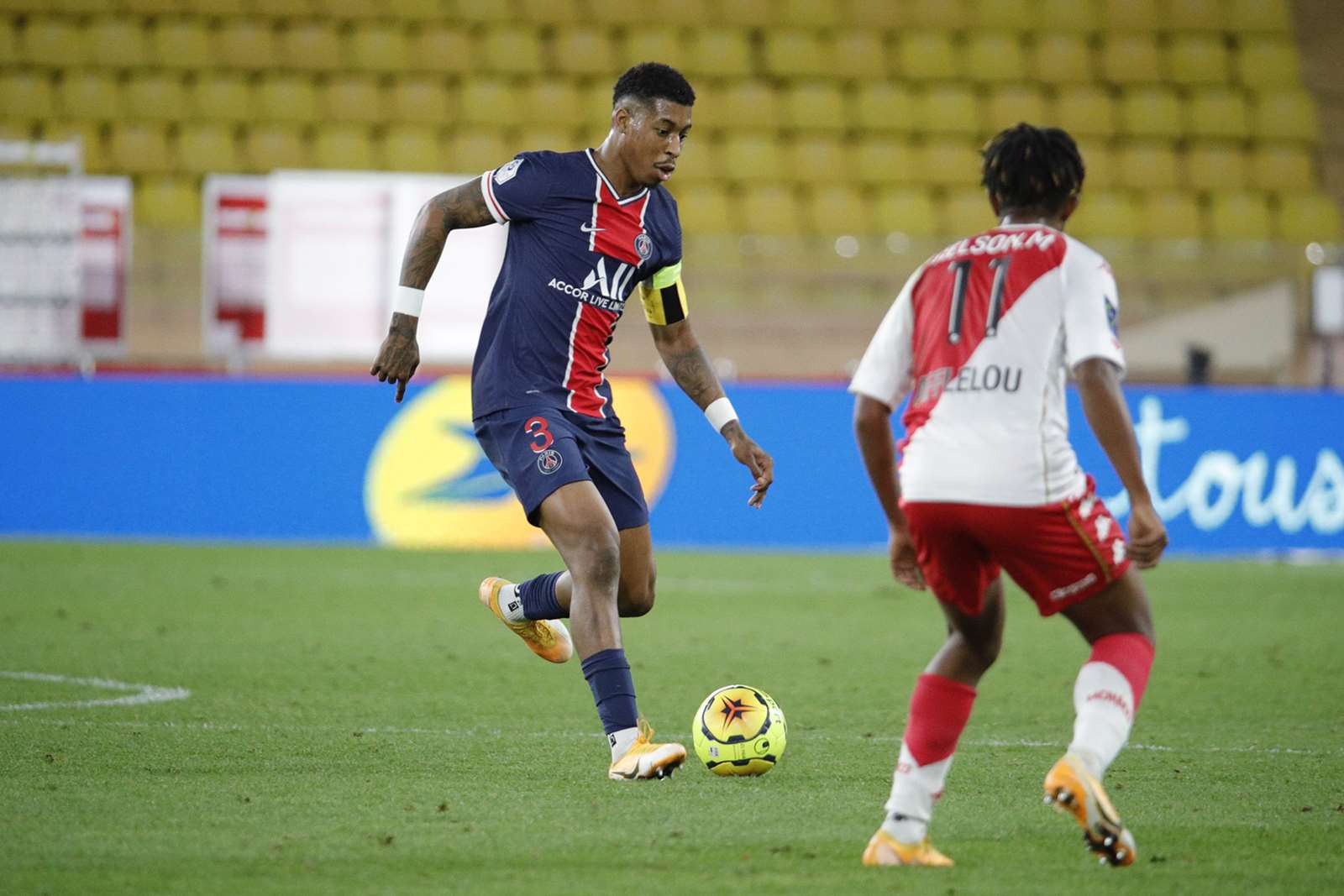 But it was the home side who had the first shot on target as a powerful Volland free kick was parried away by Keylor Navas (10’). Monaco started to get the better of the game on the quarter of an hour mark, but were unable to get past Paris captain Presnel Kimpembe on a number of occasions.

Despite Monaco’s period of dominance, who else but Kylian Mbappé to break the deadlock after a blistering counter attack? After being released by Angel Di Maria the world cup winner shrugged off the defender before hammering the ball into the top corner (0-1, 26'). 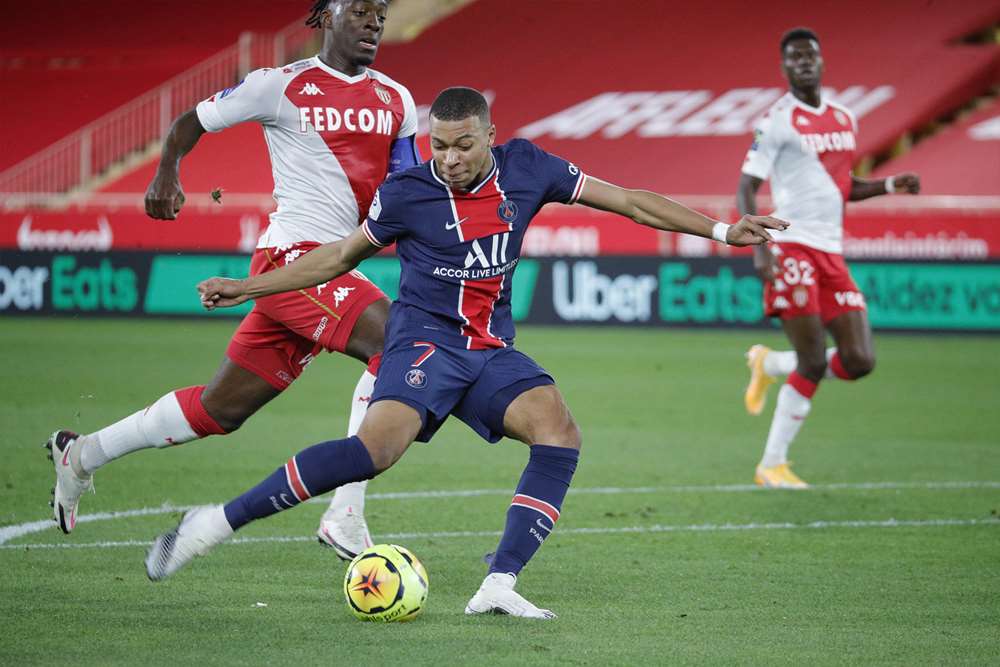 Rafinha then managed to win a spot kick after a powerful run into the penalty area and Kylian Mbappé made no mistake (0-2, 37').

After the break it was a different story as Niko Kovac’s men came out swinging and started to cause the Parisians some problems. The impressive Keylor Navas saved from a powerful Volland header (50’), but two minutes later that same man reduced the deficit (1-2, 52'). Volland then equalised after a goalmouth scramble (2-2, 65e). Abdou Diallo conceded a penalty that was put away by Cesc Fabregas to give Monaco the lead (3-2, 84e). The lead proved to be decisive and the game finished 3-2. 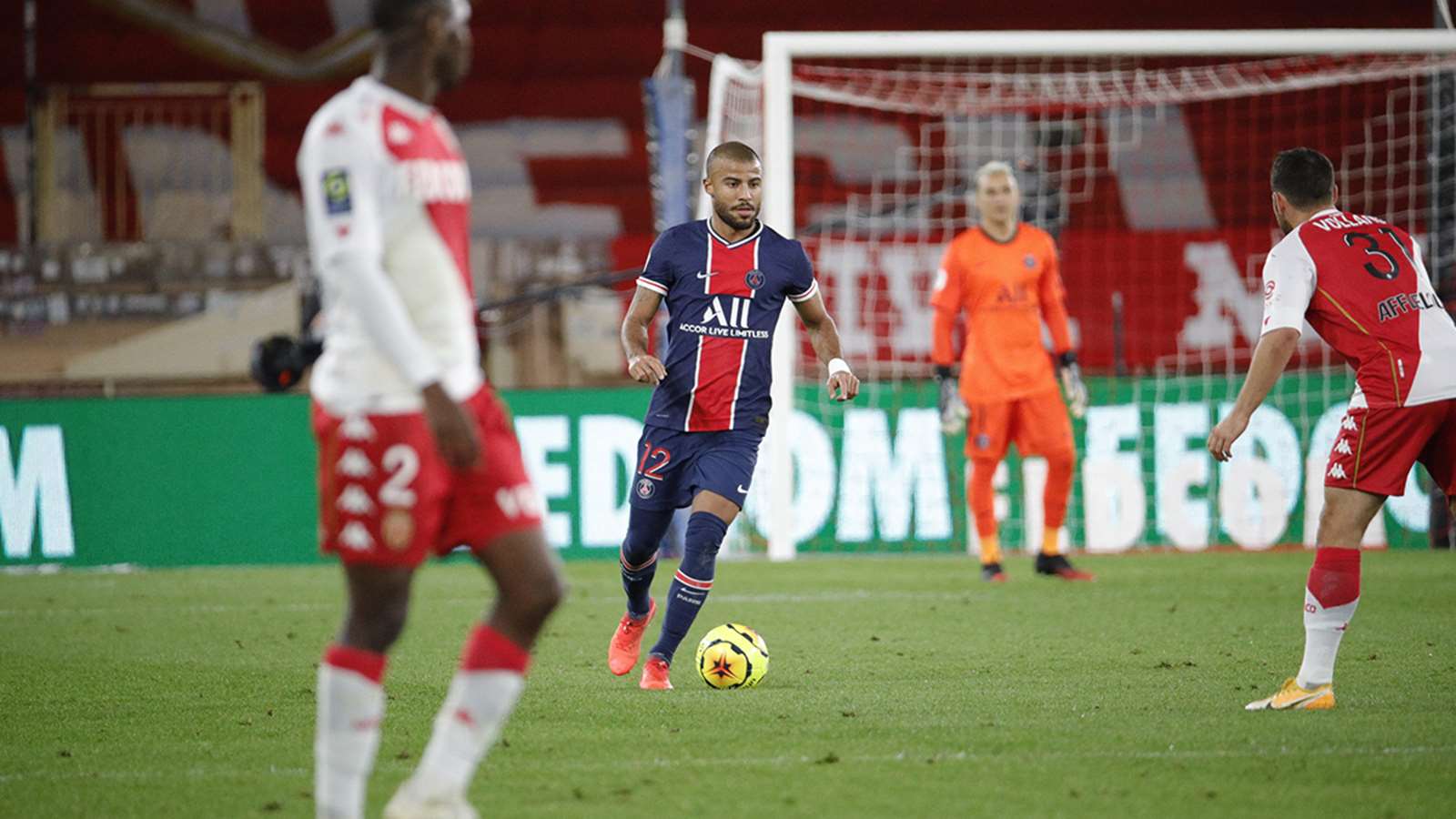 So the Parisians’ impressive run of eight successive wins in Ligue 1 finally came to an end against Monaco at the Stade Louis-II, but they still sit top of the league table. The team will be back in action at the Parc des Princes on Tuesday night when they face Leipzig in the Champions League.