Mauricio Pochettino: 'Our recruits have proved their qualities'

With Paris Saint-Germain now having completed several signings this summer, Mauricio Pochettino spoke to PSG TV about the arrival of these new players into the squad.

What shape does the recruitment process take?

We've been working for six months with the President, Nasser and the Sporting Director, Leonardo to recruit top players. We wanted to make joint decisions and in those joint decisions, to try to make the best decisions for our club, for our fans, for the people that work for the club, in order to be able to be meet the objectives that have been set for this season.

A club like Paris Saint-Germain deserves players of the highest level. And when you talk about players like Wijnaldum, Ramos, Hakimi or Donnarumma, these are all players who have shown their quality at other clubs, and who have proven that they have the quality to play for Paris Saint Germain.

Our recruits have already won a lot in their careers, is experience one of the recruitment criteria?

What we are looking for in all players that we want to see in the Paris Saint-Germain shirt is personality and a winning mentality. These players that we have signed have won things at different clubs, but most importantly, they haven't won anything here yet and they will do everything they can in order to do so. Their objective will be to help the team to reach the top. That's the most important thing. I hope that in a year's time, we'll be talking about how these players have helped the club and the team to achieve the goals that we have set ourselves.

And on the pitch, what is the criteria that they need to meet?

On the pitch, football is made up of two phases. There are millions of details in a game of football, but the most important thing is the game management with the ball and without it. We need to be agressive, we need to have clear connections and a clear philosophy when we lose the ball. And I think that for a club like Paris, the key lies in the way we recover the ball, the commitment and desire that each of the 11 players that are out on the pitch show when we we don't have the ball. That we have that agression and collective effort in order to leave the opposition with very few options. I think that will be the key. Outfield players like Achraf Hakimi, Gini Wijnaldum or Sergio Ramos already have this mentality and I think that it will do a lot of good to the team to have these three players who are able to bring these kind of ideas to our ranks.

How do you manage the integration of the new recruits into the squad?

Well, I believe that the best thing is to be natural with these new players, to be genuine, to act in the way that we are, not only from a footballing point of view, but to life in general. To show them the way that we are is the best way to build that mutual confidence, so that a new recruit can integrate into the squad in the best way possible. If they are here, it's also because they have the capacity to come here, to adapt and to integrate into the squad. That's the most important thing we want, players that integrate well, players that are positive, players that also have the ability to bring the energy that is so important in difficult moments in matches. 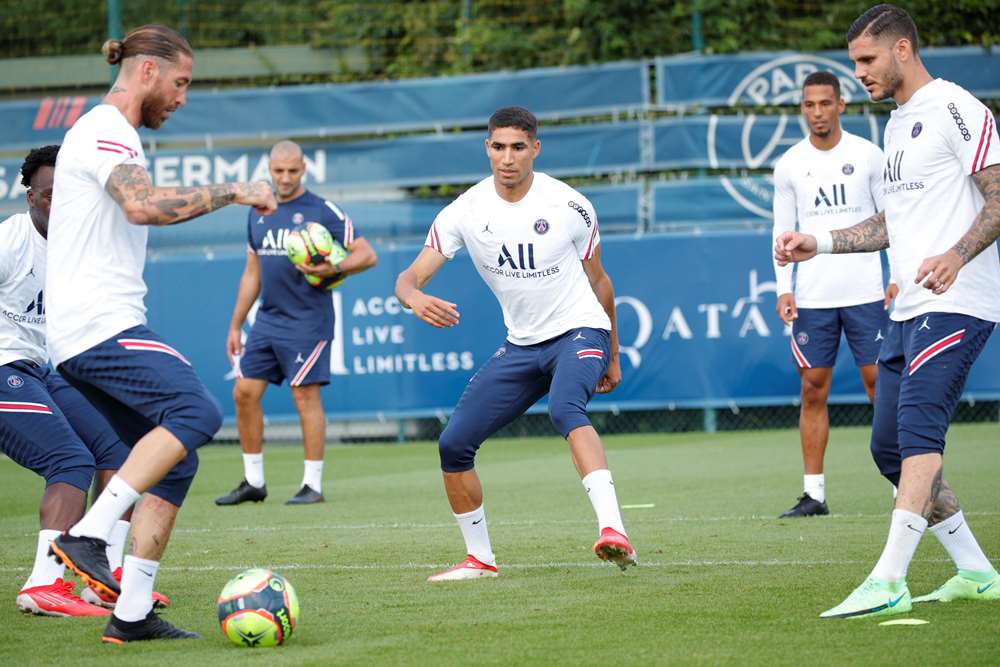 Will these new recruits lead to any tactical changes?

The most important thing over and above tactical decisions, is that we need to be an agressive and dominant team, who play in the opponent's half. And that goes beyond the defensive system that we adopt. For me it's clear, the offensive phases of the match have to be the priority, because we have to dominate the team we are playing. So tactical revolutions... I'm not a lover of revolutions. I think that what we are looking for, is the ability of the players to be able to form that connection on the pitch, whatever style we employ. We have to be clear that the mentality, the desire to attack and to control matches, will always be the number one objective at Paris Saint-Germain. I think that the big challenge for us, is to take each match as the most important one, not differentiating between competitions, but playing every match as if it were the last. We have to think like that because that's the raison d'être of this club.