As Paris Saint-Germain won their 10th French championship title in their history, Marco Verratti has now won eight of them. He is the only player to have won as many Hexagoals in the league's history. 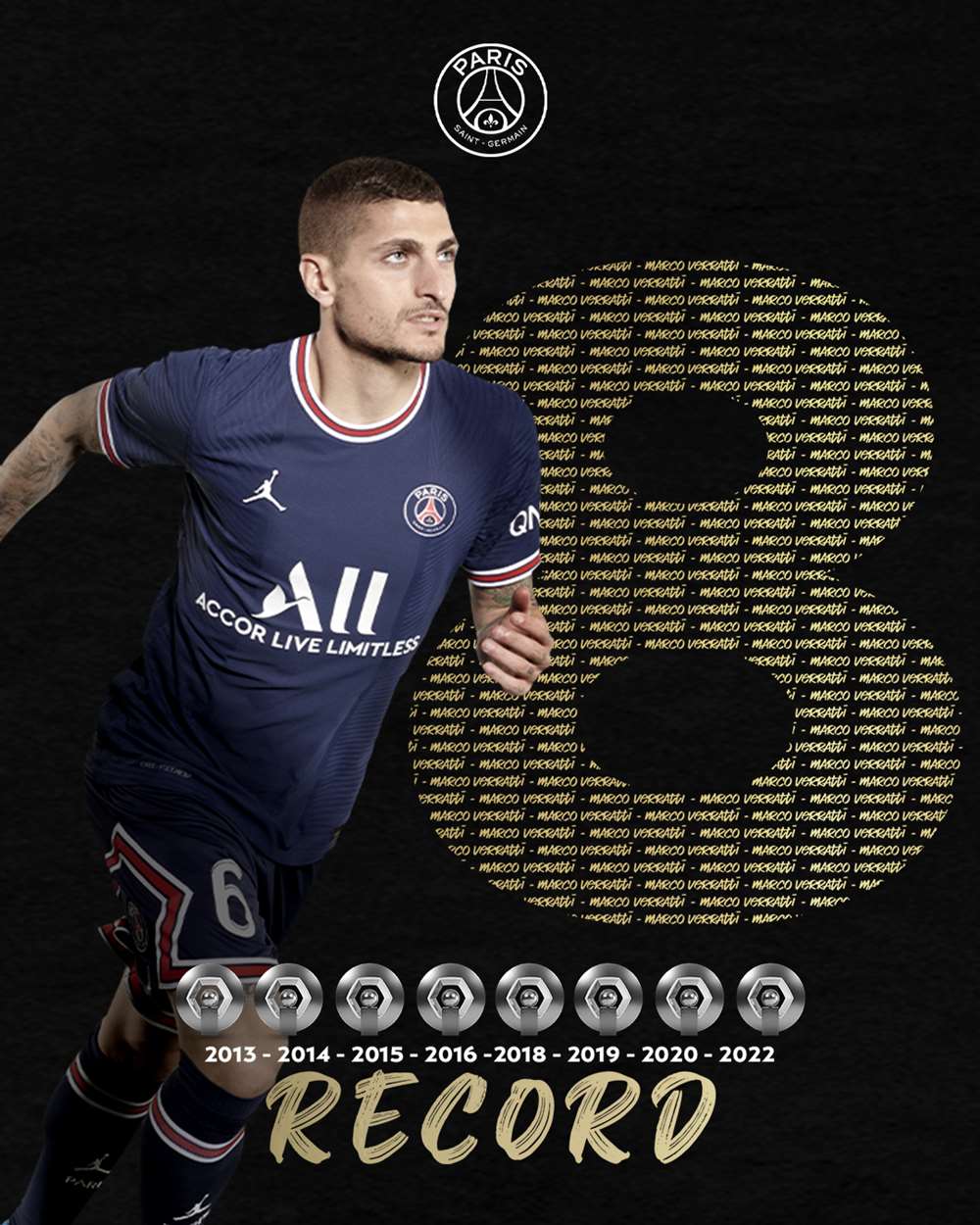