Marco Verratti, 10 years of love in the Rouge et Bleu

Marco Verratti and Paris Saint-Germain are a match made in heaven. With his talent, his audacity and his uniqueness, the most French of Italians has earned himself a place in the history of the capital.

It is difficult to be satisfied with just a few lines to sum up a decade of magic in the boots of an artist. It is difficult to be content with photographing the moment, or to choose a gesture, so numerous have they been to write Verratti's Parisian history. We have seen it all with Marco: the laughter and the tears, the joys and the scars, the spectacle and the rage. The moments of grace, above all.
We have also juggled between the youthful innocence in his youth when he first moved to Paris and the experience he has acquired over the years and in competitions. A form of freshness, which we find as much in his personality as in the audacity of his game. 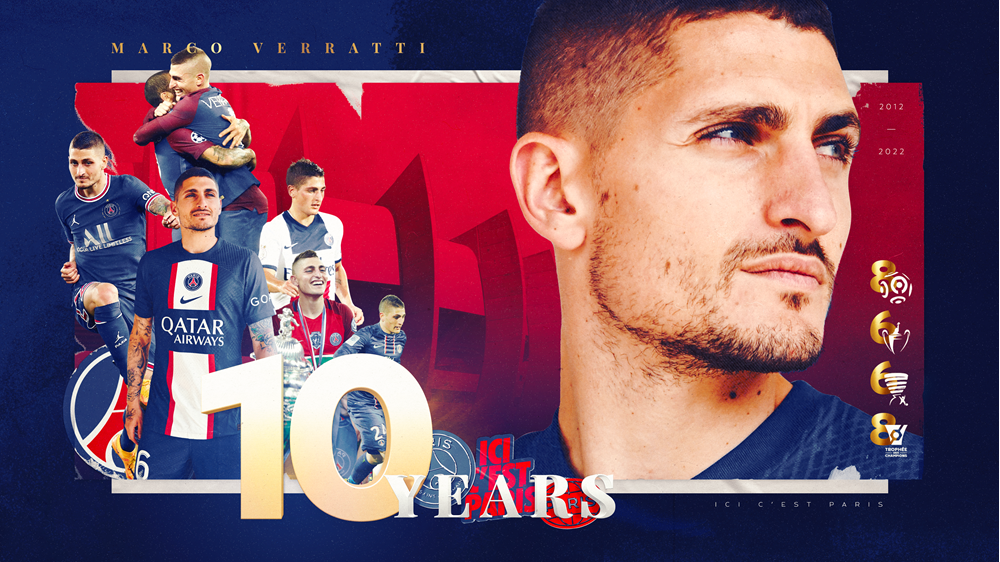 Marco sits at the table with the greatest players. With him, we know the incredible moments of genius: the little delicate passes to the attack, the insolent risk-taking, and the breathtaking talent for touching the ball.
And then there's Marco, the man who doesn't know how to celebrate his goals, but knows how to send all his partners through to find the slightest gap. His 56 assists, rarely not spectacular, are a testament to that. And that's not to mention his 362 passes leading to a teammate shooting... A stat in which only Angel Di Maria, hailed as the best passer in the club's history, can boast of doing better over the last ten years (583). 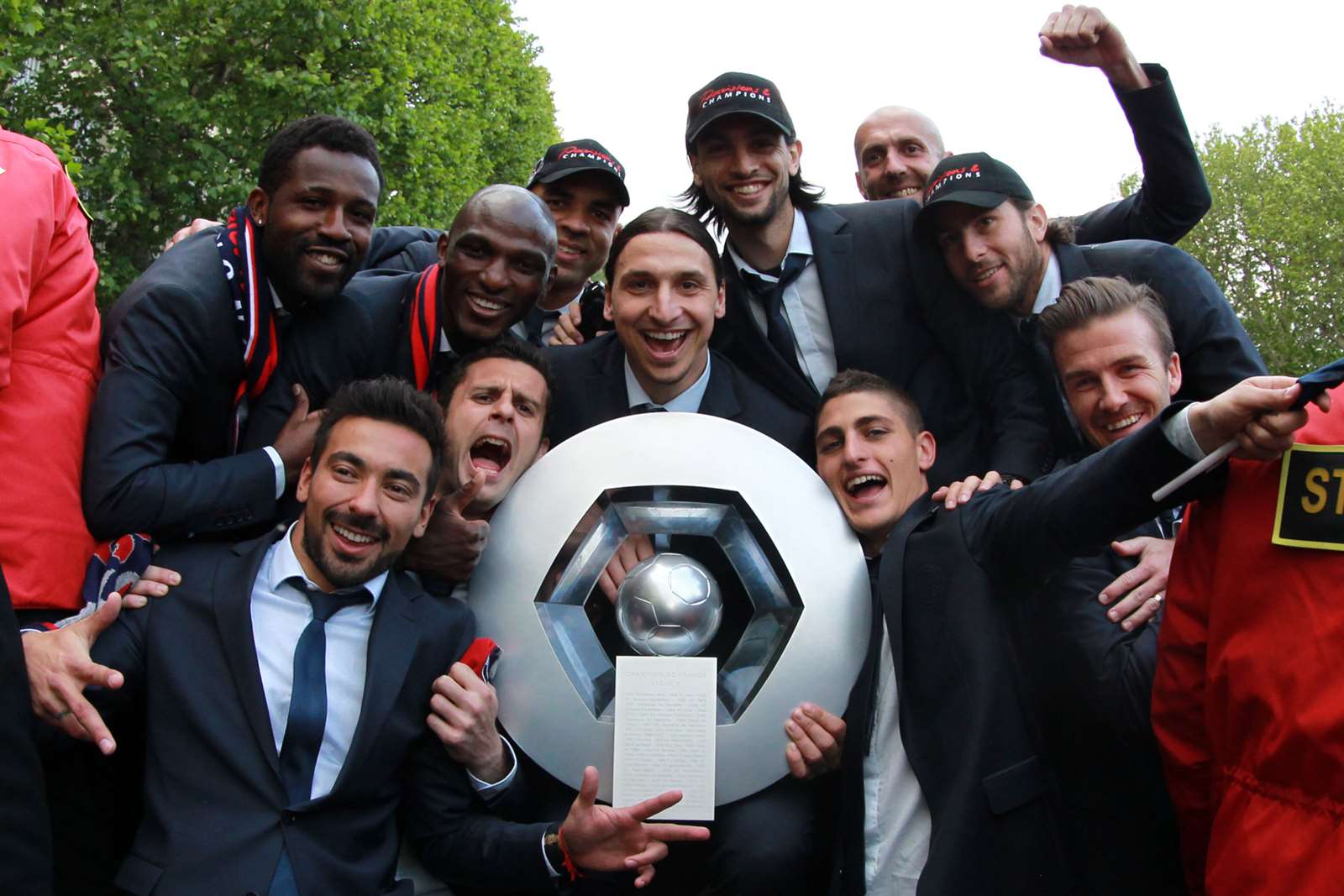 It must be said that since his arrival in 2012 from his native Pescara, the little gem has been polished by the city of light. In the shadow of Ibrahimovic, Pastore and Thiago Motta, the Italian hopeful has become a star. A tireless midfielder, a hard worker, the king of interceptions and an expert in the art of nibbling at his opponents' studs to get the ball, the No6 devoured all those who tried to get past him. His stunning average of 6 interceptions per game is an example to follow. A master of the game... Find the adjectives that suit you, Marco offers the stat: with an average of more than 97 touches per game over the last 10 years, no Parisian player has more than him. The little owl collects records on the pitch like no other. 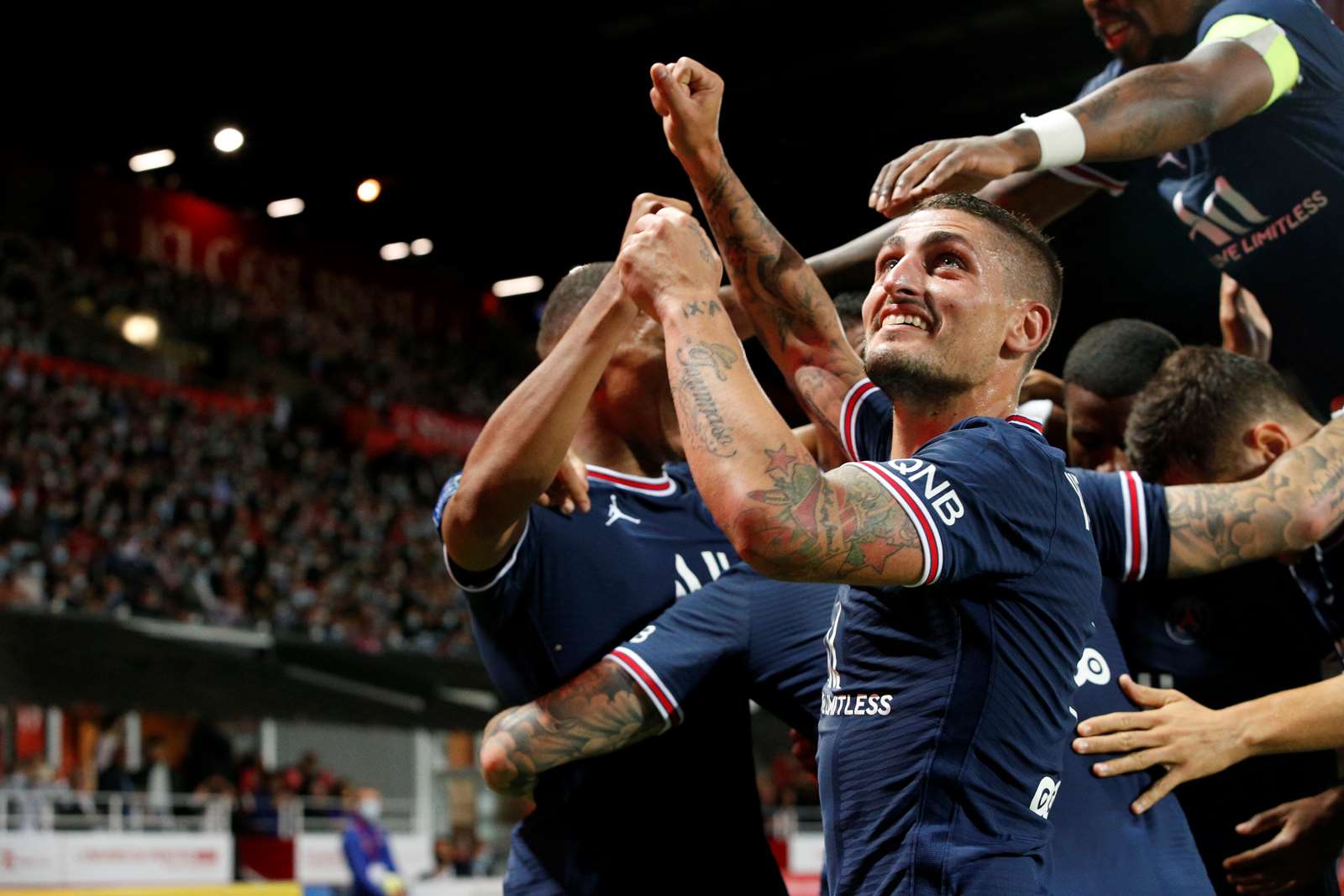 And if the Nazionale artist has established himself as a mainstay of the club as well as a great fan favourite, it is also because his determination has never diminished with time. Marco respects football so much that he doesn't choose the opponents or the competitions in which he plays, just to do the miles and do the club proud. "Italian and Parisian, the talent of a magician, Marco Verratti," chanted the fans in the Parc des Princes, who were so impressed by his talent.

And then, beyond his talent, his audacity, and his investment, the Italian international has also become a shining light in the Parisian landscape. The third most capped player in the history of Paris Saint-Germain, his decade in the City of Light has also made him the longest-serving player in the squad and the one who has played the most European matches in the Rouge et Bleu shirt. 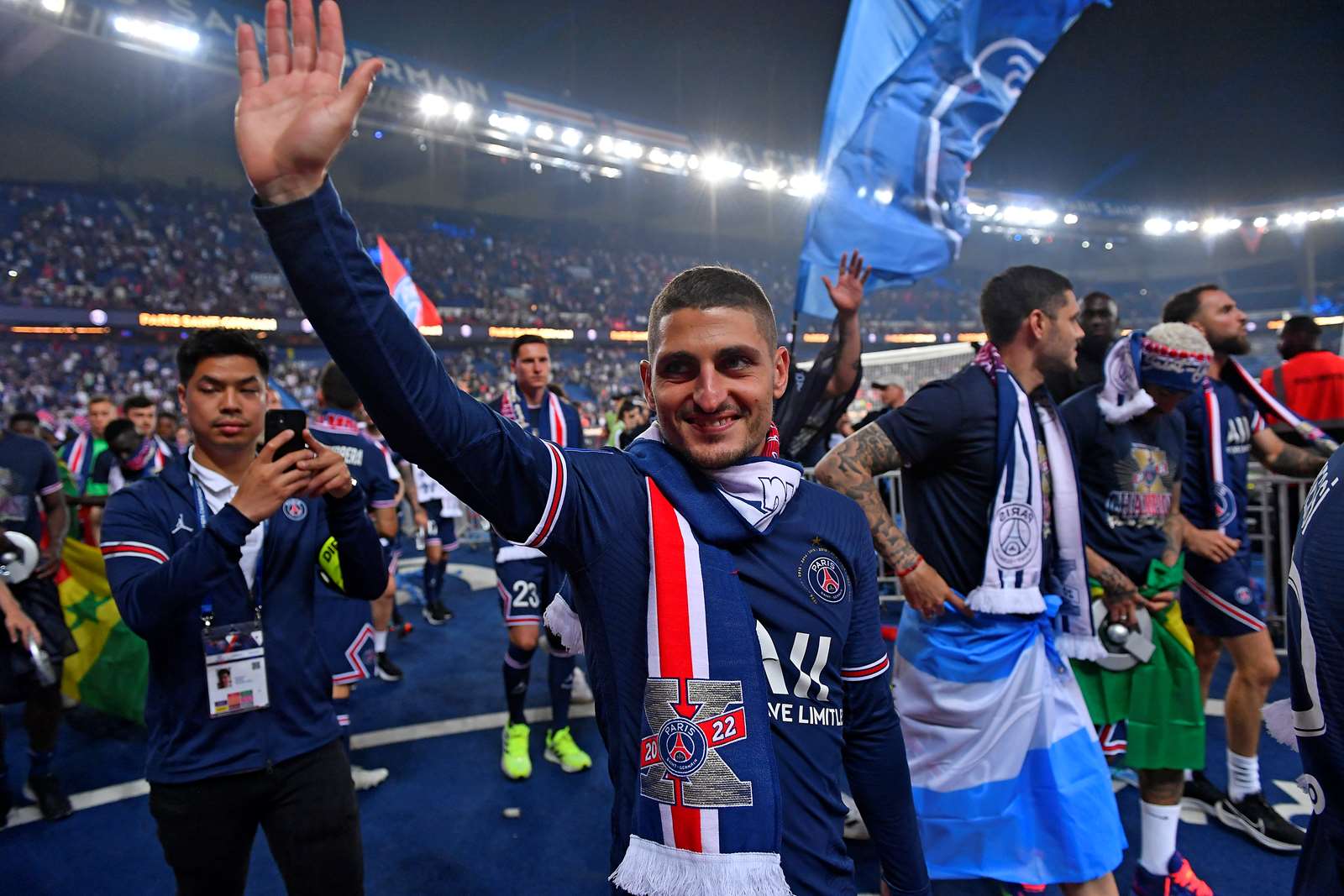 Not to mention the 19 Classiques he played against rivals Marseille, an absolute record for a Parisian (with only one defeat in 10 years). At the end of the 21-22 season, he also became the first player in the history of the French championship to win the title eight times, thus making his mark on French football.

Finally, 10 years, what is that, then? It's a long time, in modern football, where the greatest talents rarely stay put. It's also a lot for an Italian who was only 19 years old when he left his homeland. But 10 years of Verratti, we'd be tempted to say that if it's a given, it's still so little compared to what the love story promises.