With 14 Paris Saint-Germain athletes in Tokyo to take part in the Olympic Games, PSGTV sat down with them for an update on their preparation for the Games and their objectives with a hint of Rouge et Bleu.

Judokas, handball players, and members of both the men's and women's football teams: as the Tokyo Olympic Games get underway on Tuesday 13 July in Japan, Paris Saint-Germain will have a strong contingent.

HOW IS THE PREPARATION COMING ALONG FOR OUR Rouge et Bleu?

"I have just completed a training camp, I am feeling good, I have all I need to head to the Olympic Games. I've still got a few days to fine tune my Judo, the final details, and to be ready to come up against the best!", declared Teddy Riner, the multiple Heavyweight Judo World Champion. 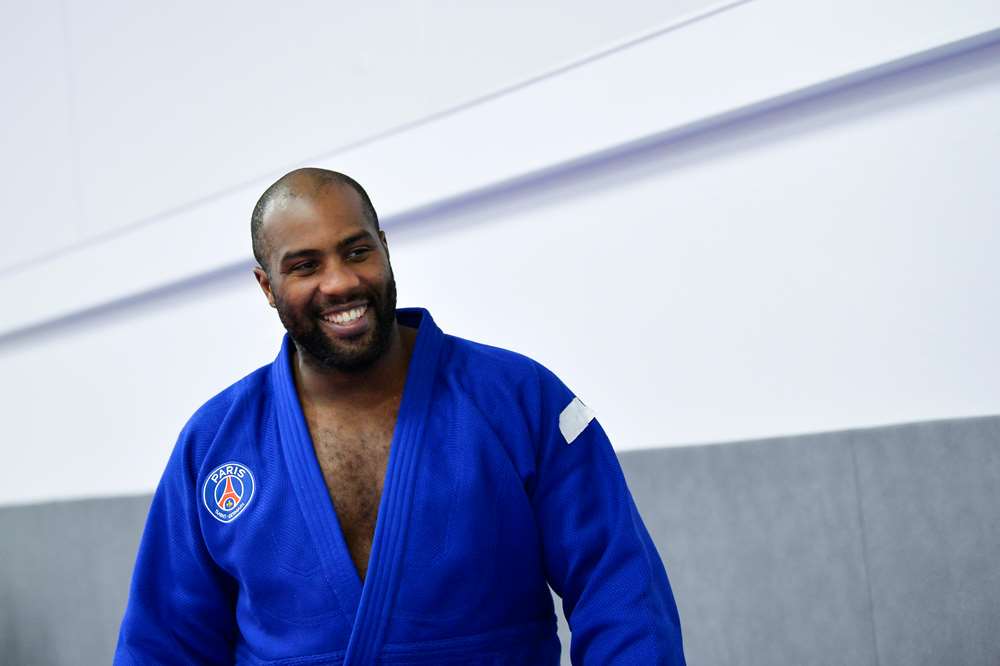 The same goes for his female teammate Romane Dicko, who completed her preparation in the capital, before heading off to Tokyo. "In order to be ready on competition day,  there are two key elements: the mental side of things and the physical. I am at the INSEP to work on the physical side of things and for the psychological, I am working with the PSG Judo sports psychologist in order to be certain that I am ready for my fight on 30 July."

"I am also in full preparation mode for the Games, it's very intensive, both physically and mentally, because you need to prepare for a competition that will be short but intense. There will be a lot of matches at a crazy rhythm, with very varied timings , some early in the morning and others late at night and with a lot of pressure. So we need to prepare precisely, with a lot of physical work, because we know that it will come down to that when the fatigue sets in", explained Luka Karabatic, who will participate in the handball.

WHAT IS THE OBJECTIVE?

"We are here to win a medal for France, we know that it won't be easy but anything is possible in football" added Timothée Pembélé, who features in Sylvain Ripoll's men's football squad.

"My objectives are clear, it's to be Olympic Champion for the third time. Succeeding this challenge in Tokyo would be extraordinary for me, the cherry on the cake", stated Teddy Riner, who is looking to hold on to his title.

"I won't hide it from you, I am not going to Tokyo just to take part, I really want to take home an excellent Olympic medal, and why not a gold. I am training every day for that and I believe that I am capable of doing so!" added Romane, who is ready to set the tatami on fire. 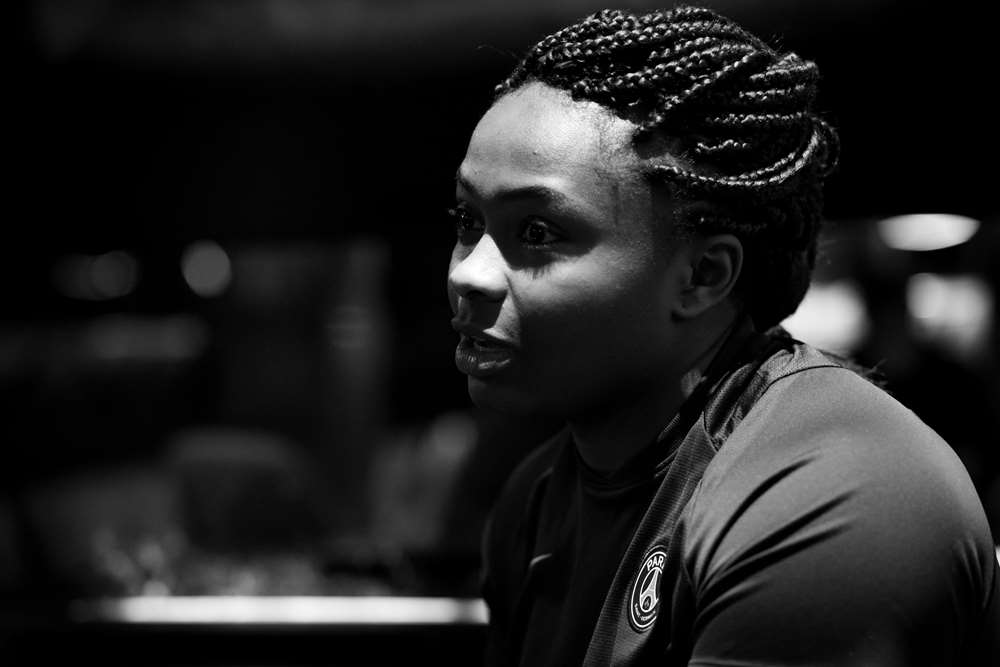 "The objective is obviously the gold medal and you need to aim for that when you get the chance to compete at the Olympic Games. It's very difficult because there will be the best teams in the world, but we will need to be extremely motivated, and we are. At the Olympics, a medal has a particularly special nature, and that would already be something incredible. But the objective is gold!" explained Luka, who is looking to impress in Japan.

"Representing your country at the Olympics is really huge, it's amazing. It's the best competition in the history of sport in general. For me, it's the first time that I will represent my country at the Olympics. For football, it's huge. It had been a while that France hadn't managed to qualify, we will do our all to make the people proud" , explained Timothée Pembélé, a product of the Paris Academy. A feeling that is shared by Teddy Riner, who conversely is an old hat in the competition, and who has managed to get the French national anthem to be played out on three occasions: "Representing my country in Japan, and more specifically in Tokyo is very special in the history of my sport. Of course, we want to perform there, to show that we are happy to be there and that we stand a good chance of taking home a medal. Representing your country in the Games, I think that for all sportsmen and women, it's the most important event. I want to hear La Marseillaise, to succeed."

Having PAris saint-germain teammates with you, is that an added extra at the games?

"Taking part in the Olympic Games with other members of Paris Saint-Germain is very positive. We will try to support each other, to watch each other and to cheer each other on. We will all try to win a medal, for France and for the Club!"  admitted Timothée Pembélé. 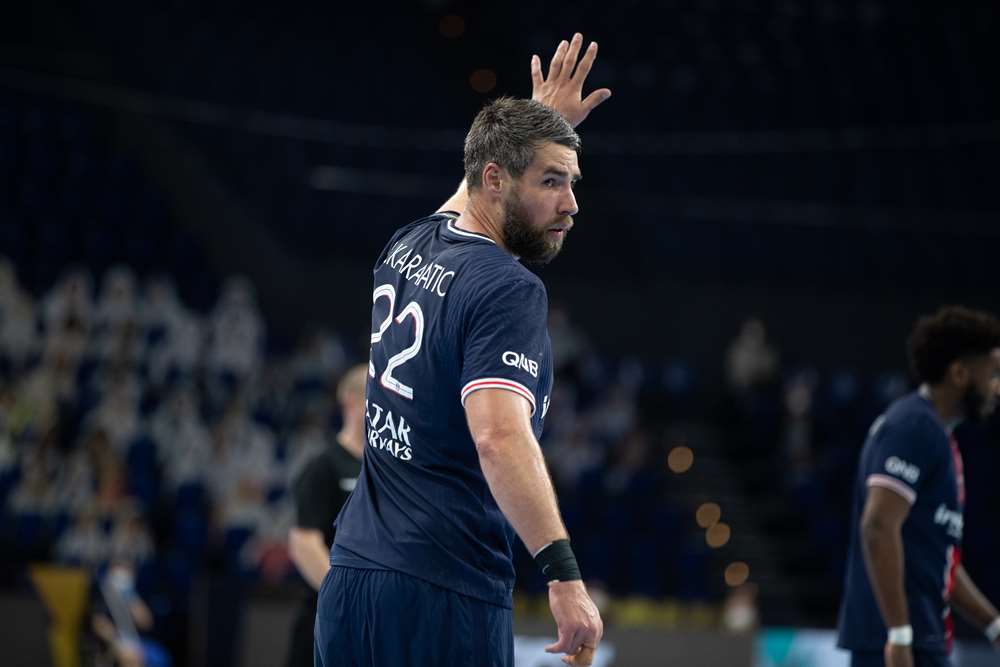 "There is the France Olympic team, and then there are the members of the club, because there are lots of Paris Saint-Germain players that have been selected for the Games, across the football, handball and the judo. So to be within these Olympic teams is incredible, it gives us a link, we will be able to go and cheer each other on. Despite the bubbles that we have to form, at least we have some common ground" continued Teddy Riner.

"It's true that knowing that there will be several Paris Saint-Germain athletes at the Olympics, I find that crazy, it's brilliant. We will all be there with the same goal: bringing home the gold medal! It's quite simply magical" , delighted Romane Dicko.

On the judo front, they will be far from being alone, given that Mélanie Vieu, Hugo Métifiot and Khamzat Saparbaev will also be in Himeji, the base camp for the France judo team, as they take up their roles of training partners.