The Parisians win the derby!

The Paris Saint-Germain women's team won 4-0 against Paris FC on Sunday 26 September at the Georges Lefèvre stadium in matchday 4 of the Arkema D1. After a successful international break, the Parisians returned to the championship with a clear objective: to continue their winning streak. In order to do so, Didier Ollé-Nicole reintroduced his attacking trio of Diani - Katoto - Baltimore.

The French champions showed their determination from the start. Intentions were shown with chances from Däbritz (6’, 15') and Katoto (16'). After many attempts, it was finally our number 9 Katoto who opened the score (1-0, 18'). Only 9 minutes later, the French international scored her second and doubled the lead (2-0, 27'). The Rouge et Bleu struggled during some of the visiting team's bright moments but always remained solid. Diani added to the lead just before the break (3-0, 43').  The Parisians went back to the changing room with a nice lead. 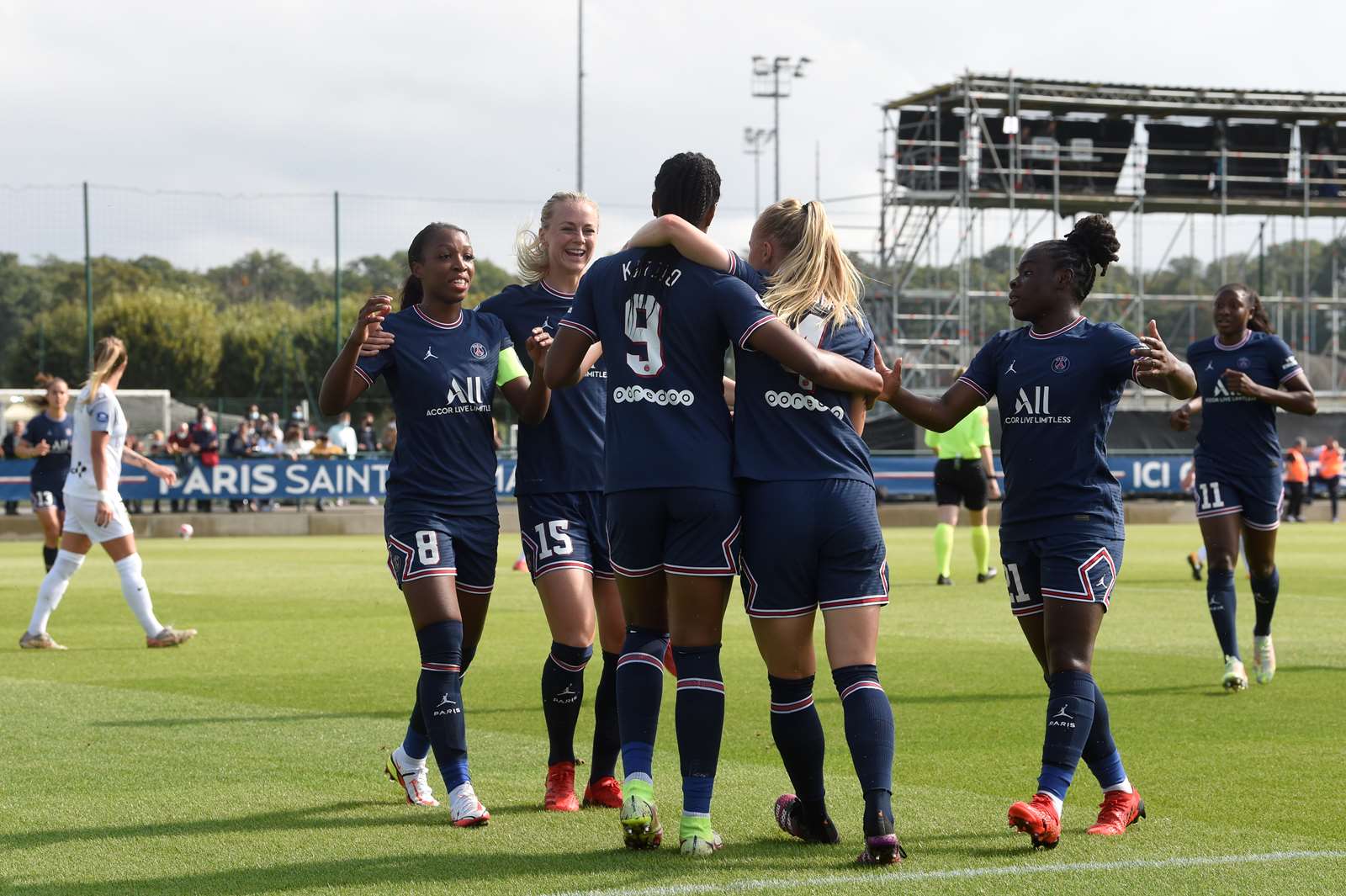 The Parisians came back with the same intentions in the second half. The Franciliennes won a penalty after a handball in the box following a cross from Sandy Baltimore. Däbritz converted it (59', 4-0). The score remained that way until the final whistle. Didier Ollé-Nicolle's players have fulfilled their expectations with a fourth win in four league games.

The next match for the Rouge et Bleu will be against Guingamp on Sunday 3 October at 12:45 in matchday 5 of the championship before returning to the UEFA Women's Champions League on 6 October in Iceland!