The Parisians avoid a banana skin against Fleury 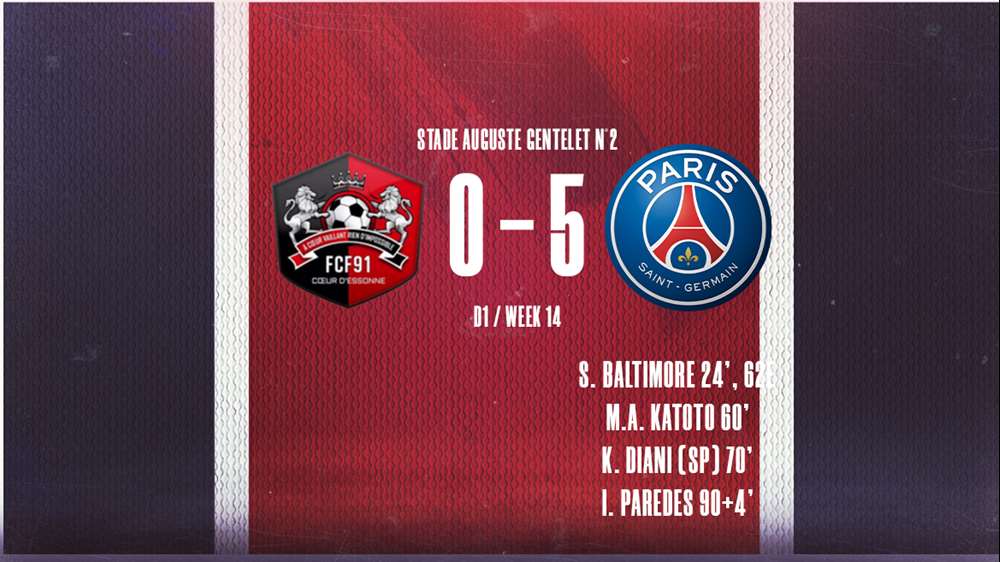 A week after their win in the Coupe de France against that same team the Parisians didn't blink twice in the derby.

Baltimore opened the scoring after a handling mistake from the opposition keeper. The academy product make the most of the mistake to give the Rouge et Bleu the lead  (0-1, 24'). The score remained the same until the hour mark when the club from the capital quickly blew Fleury away.

Katoto started it off after getting on the end of a perfect cutback by Morroni, after a brilliant team passage of play (0-2, 60') then Baltimore got her second of the game after a Katoto strike that wasn't dealt with. (0-3, 62').

Diani ended the game once and for all from the penalty spot after Katoto won the spot kick. (0-4, 70'). Paredes then scored the fifth with her speciality: a thunderous strike just under the bar after a Rouge et Bleu corner. (0-5, 90+4').

The Parisians put pressure on the top of the table on the eve of Lyon welcoming Montpellier.