Stats & Facts: A look back at Les Parisiennes' first half of the season

With 16 wins from 17 games, Les Parisiennes have enjoyed an excellent first half of the season. Let's take a look back at the standout events of the Rouge et Bleu players' last five months! 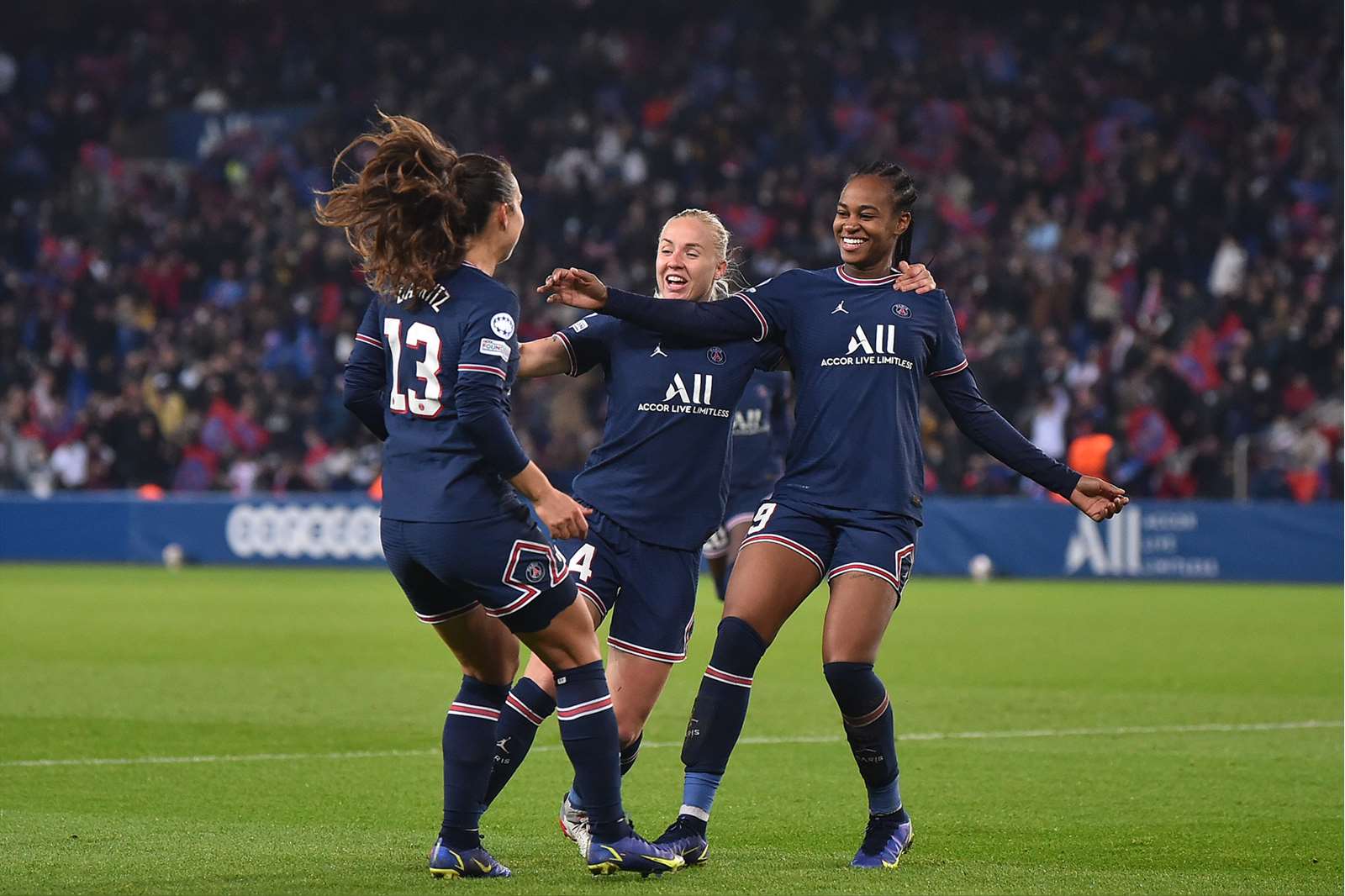 A FLAMBOYANT GROUP STAGE CAMPAIGN IN THE champions league

A hugely impressive group stage campaign propelled Les Parisiennes into the quarter-finals of the Women's Champions League. The French league champions scored 25 goals in six matches, which is an average of 4.17 goals scored per game. In addition to this fine statistic, they conceded a total of zero goals – the true hallmark of Didier Ollé-Nicolle's squad.

Les Parisiennes shone in this season's group stage. Who could forget Marie-Antoinette Katoto's brace against Real Madrid at a red-hot Parc des Princes – which saw her side win 4-0 – or the first hat-trick of Jordyn Huitema's career in the space of just 17 minutes at the Stade Jean Bouin? Incidentally, the Canadian international finished as the second-highest scorer of this season's group stage, with six goals to her name.

Les Parisiennes will play against Bayern Munich in the quarter-finals of the competition on 22nd and 30th March next year. 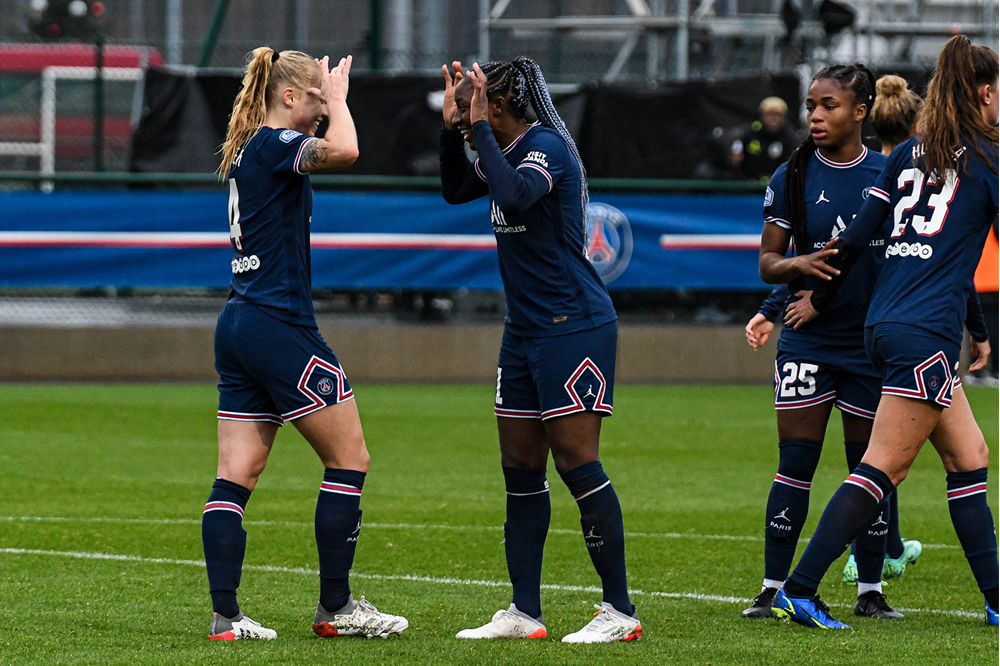 d1 Arkema ON THE HORIZON

After picking up the very first French league title in their history last spring at the end of an exceptional 2020/2021 campaign, Les Parisiennes approached this season's edition with one aim: to repeat the same feat. With 16 wins from 17 games, Didier Ollé-Nicolle's squad find themselves in a very honourable second place, three points behind Olympique Lyonnais.

Paris Saint-Germain's women have found the back of the net 35 times in their 17 matches so far, which is an average of two goals per game over the course of the first half of the D1 Arkema season. This is thanks in large part to the fact that Paris possess the league's top scorer and top assist provider in their squad. With her eight goals in D1 Arkema, Marie-Antoinette Katoto has risen to the top of the league's goalscoring charts, whilst Sandy Baltimore has provided the joint-most assists alongside Lyon's Selma Bacha. Meanwhile, German midfielder Sara Däbritz received the UNFP's D1 Arkema player of the month award back in September. 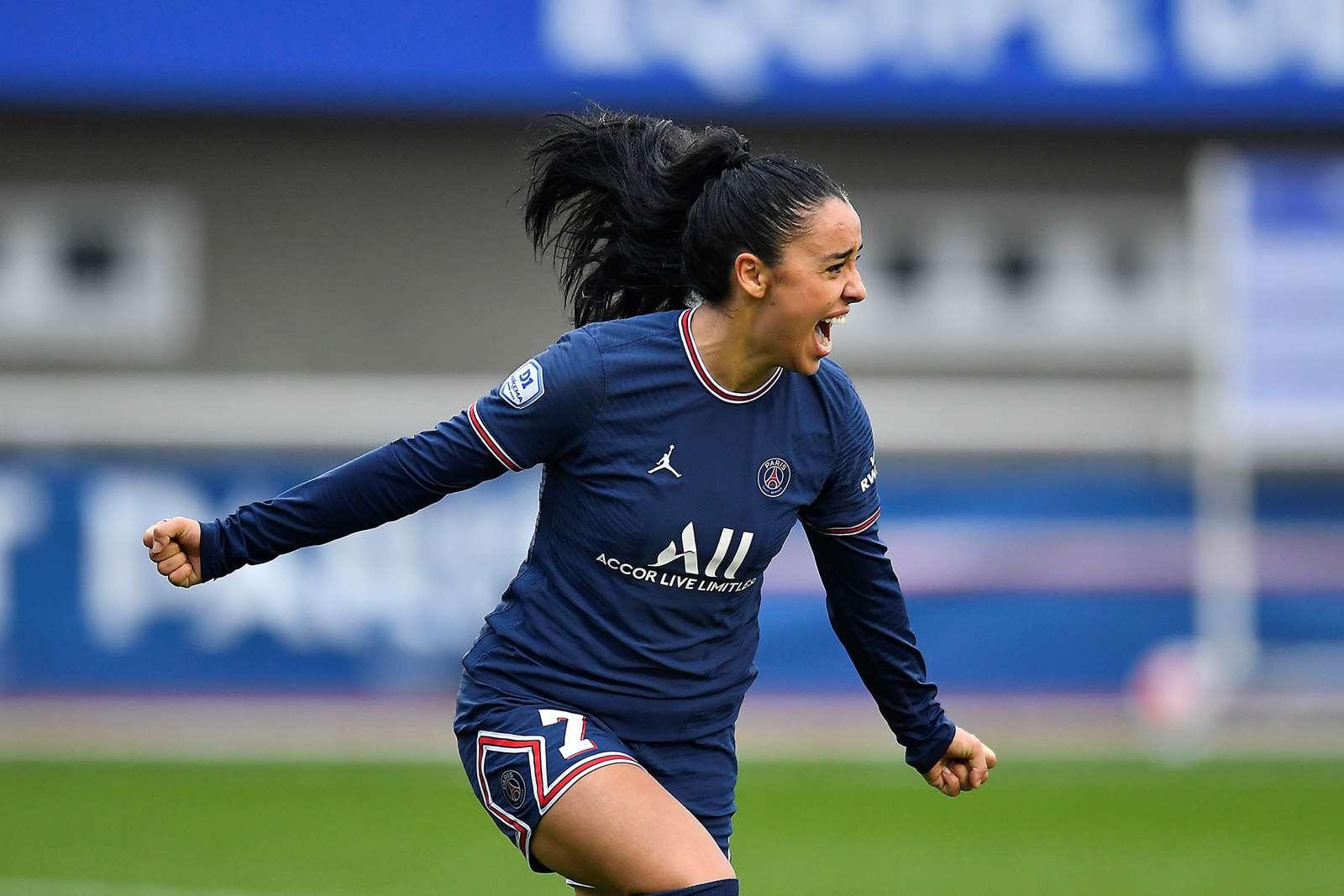 Didier Ollé-Nicolle is also now able to rely on a major reinforcement. Having been sidelined for 282 days, Brazilian international Luana made her big comeback to competitive action on 16th December against Breidablik.

Paris's Grace Geyoro extended her contract with the club that she supports until 30th June 2024. The French international, who is a real cornerstone of the squad, saw her status grow this season by becoming captain. With 151 matches under her belt, Paris Saint-German's number 8 has made more appearances for the club than any other player in the current squad. 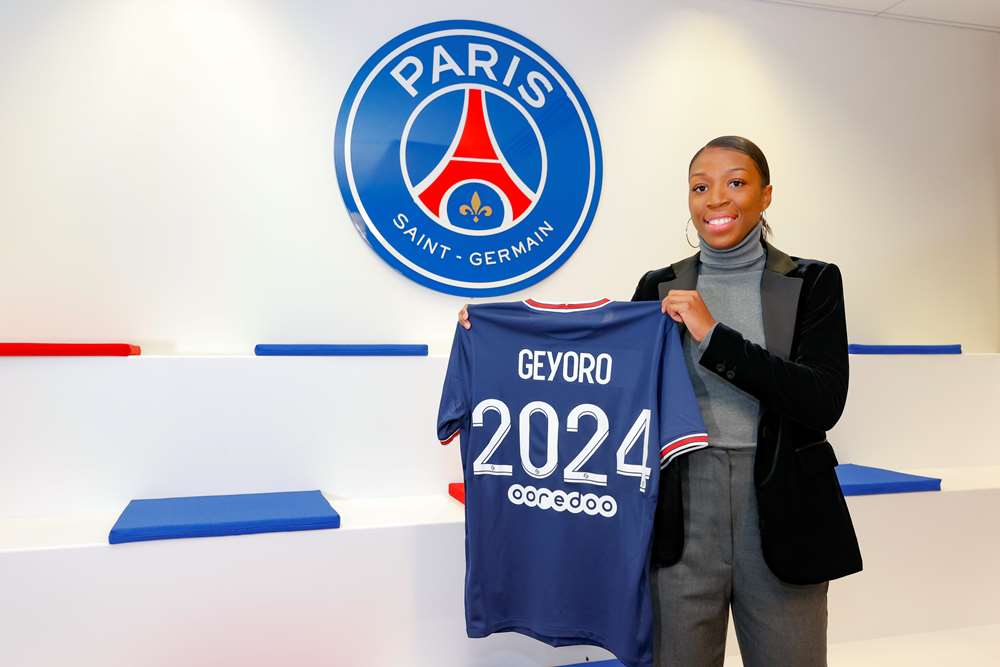 In central defence, Paulina Dudek signed a two-year contract extension, taking her up until 30th June 2024. Having joined the club in 2018, the Polish international has established herself as a true pillar of Les Rouge et Bleu's defence over the course of her five seasons in Paris. The wonderful love story between Paris and the Gorzów Wielkopolski native will therefore continue to be written.

Finally, just a few days ago, it was Ramona Bachmann's turn to extend her stay in Paris. The number 10, who holds the record for the most UEFA Women's Champions League matches played, is now tied to Paris Saint-Germain until 30th June 2023. 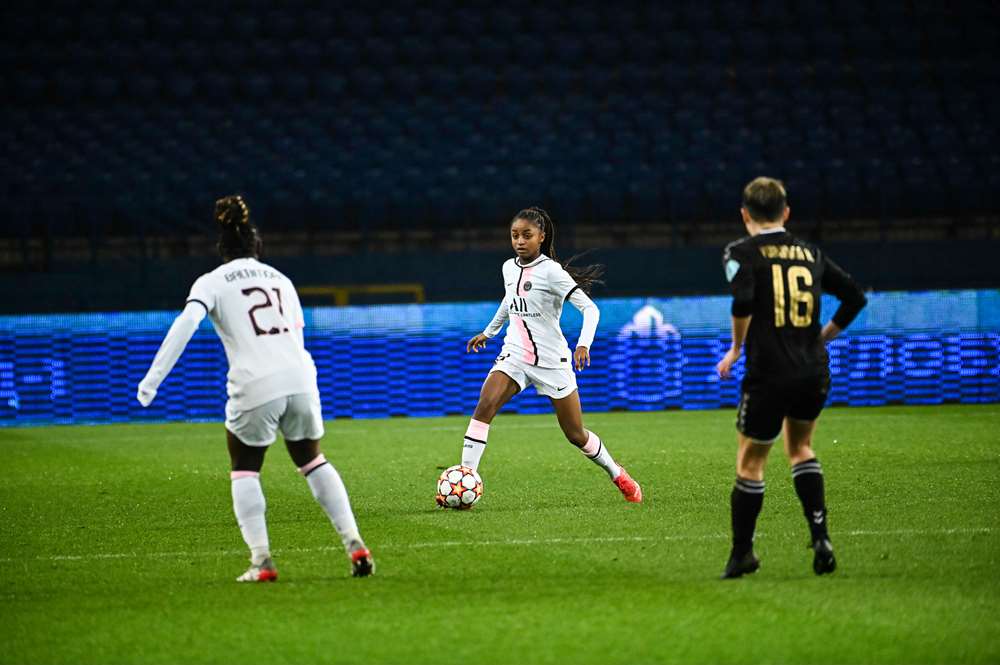 At the age of just 18, Île-de-France–born youngster Laurina Fazer scored her very first professional goal on 8th December in the cold of Kharkiv, Ukraine, as her side ran out comfortable 6-0 winners. On the same evening, the highly promising Jade Le Guilly and Magnaba Folquet were given their very first starts in the greatest competition of all, whilst Baby-Jordy Benera also came on to make the very first appearance of her professional career. It's a night that will hold a special place in the hearts of Paris's academy graduates! 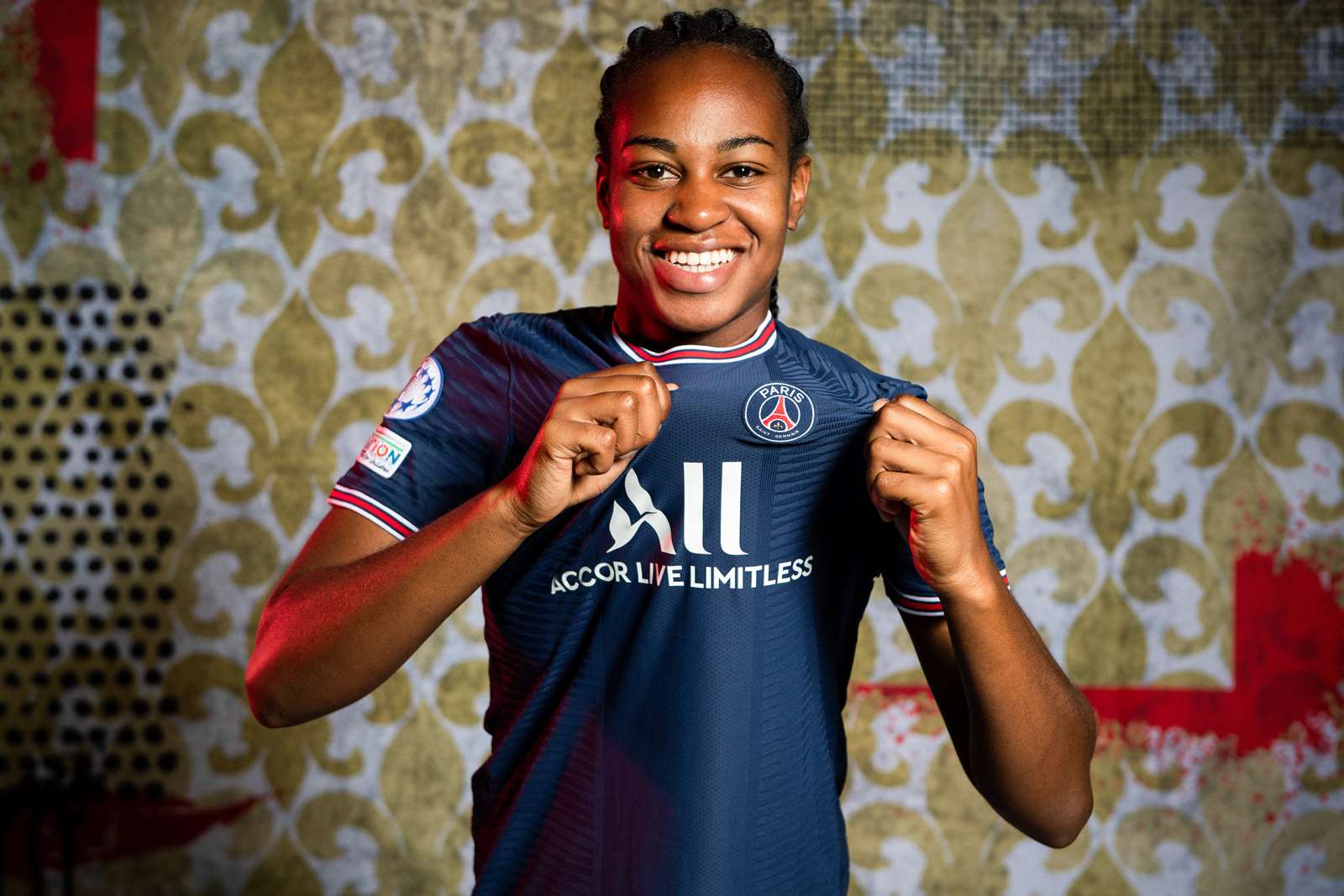 Katoto ON THE BRINK OF MAKING HISTORY

Marie-Antoinette Katoto has racked up the numbers so far this season with a total of 11 goals scored in all competitions, thus bringing the PSG academy product ever so slightly closer to the goalscoring record held up until now by Marie-Laure Delie, with a total of 130 goals for Paris Saint-Germain. The Île-de-France–born striker, who finds herself three goals away from her elder, could well overtake her in the coming weeks...

RANKING OF les parisiennes' top scorers in all competitions

Sakina Karchaoui: 'The desire to win everything'
Women 20 January 2022

Sakina Karchaoui: 'The desire to win everything'