Paris put Soyaux to the sword

The Paris Saint-Germain Women's team disposed of Soyaux 7-0 on Sunday 4 April at the Stade Georges Lefèvre in Saint-Germain-en-Laye to cement their place at the top of D1 standings. 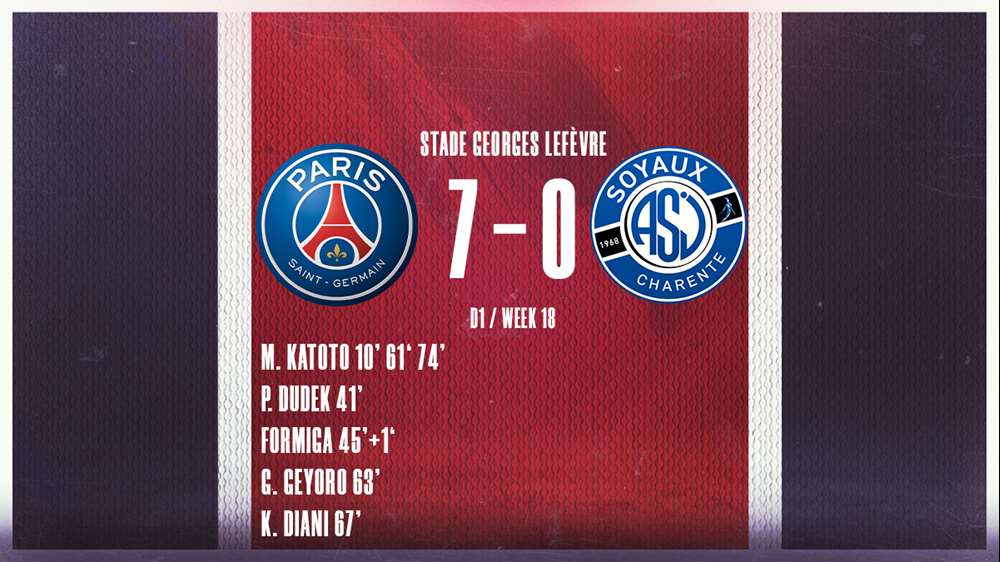 Eight days after their excellent 3-0 win over Montpellier, Les Parisiennes were back in action in the French women's First Division looking for a 15th consecutive win to stay clear of second-placed Lyon - whose game against Guingamp was postponed. Coach Olivier Echouafni went with an attacking starting XI against a Soyaux side sitting tenth in the standings and fighting for their top-flight survival.

The big surprise when the two sides walked out for the match was that both were wearing Paris Saint-Germain kits. While Paris wore their Jordan fourth kit, Soyaux, whose jerseys were lost en route to the French capital, wore the Paris white away kit. A commentator's nightmare... 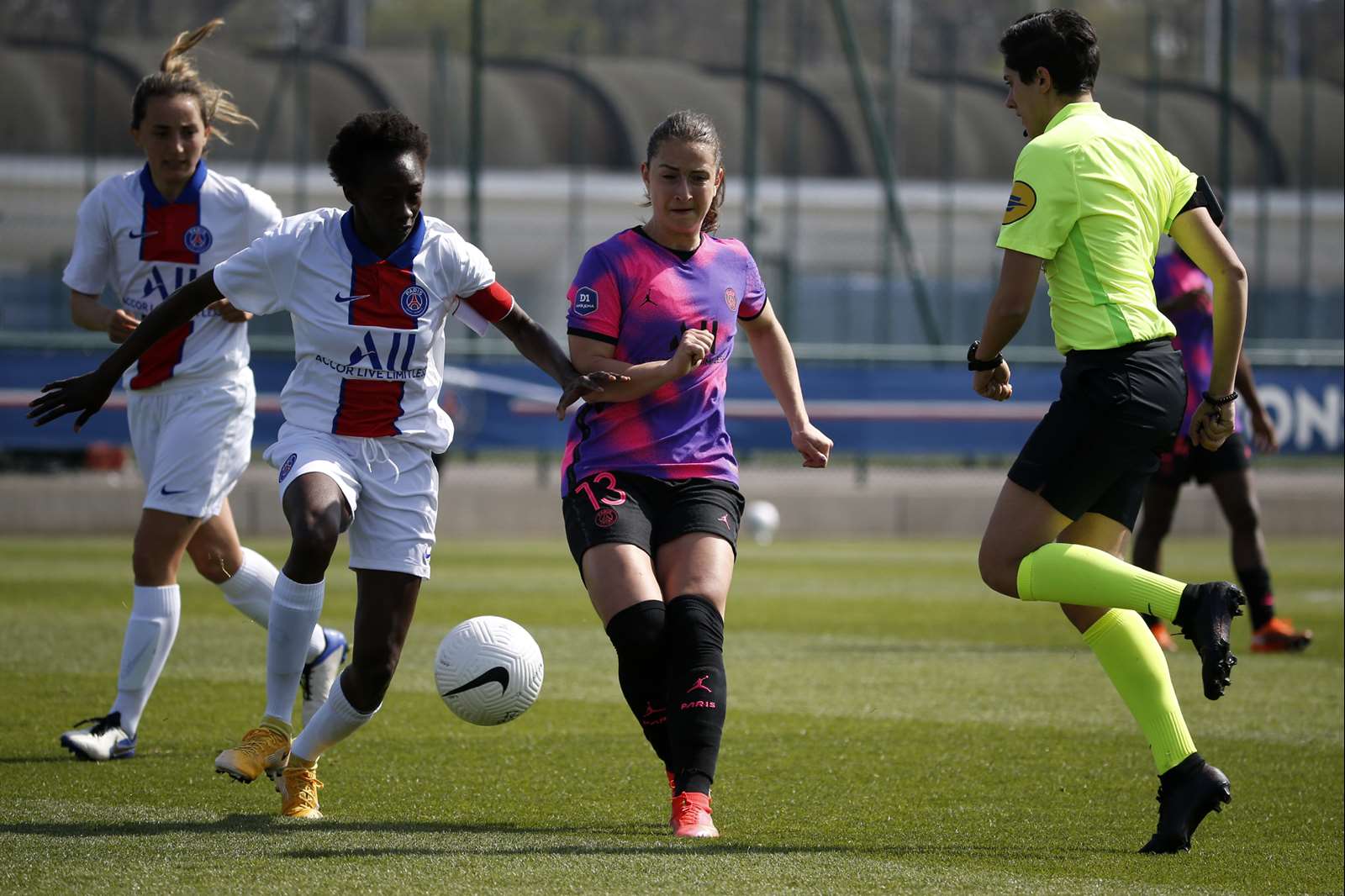 Paris started strongly. Kadidiatou Diani crossed for Marie-Antoinette Katoto whose control and shot hit the crossbar. The ball was immediately headed back into the middle by Sandy Baltimore and Katoto swept home the second chance (1-0, 10'). Paulina Dudek then doubled the lead in the 41st minute, heading home Baltimore's corner (2-0, 41'), before a Sara Däbritz corner saw Formiga make it 3-0 just before the half-time break (3-0, 45+1'). 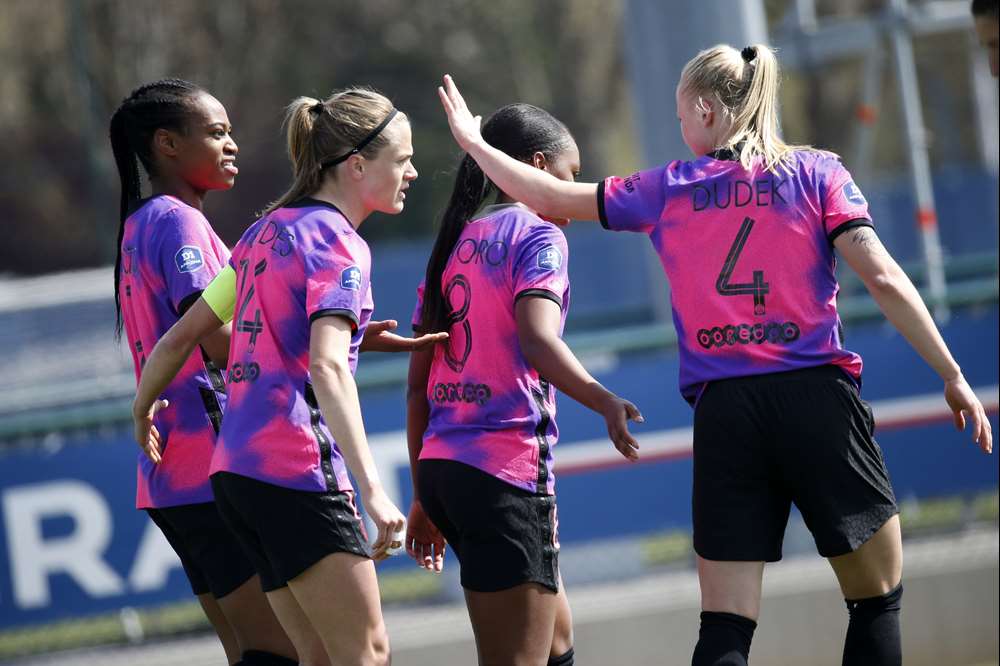 On the hour mark, it was another Dabritz corner that saw Katoto add another (4-0, 61'). The France international striker then turn provider for Grace Geyoro (5-0, 63'). Les Rouges et Bleues continued to come forward in wave after wave of attack. Diani got her name on the score sheet (6-0, 67').  before Katoto played a one-two with Nadim before completing her hat-trick (7-0, 74'). 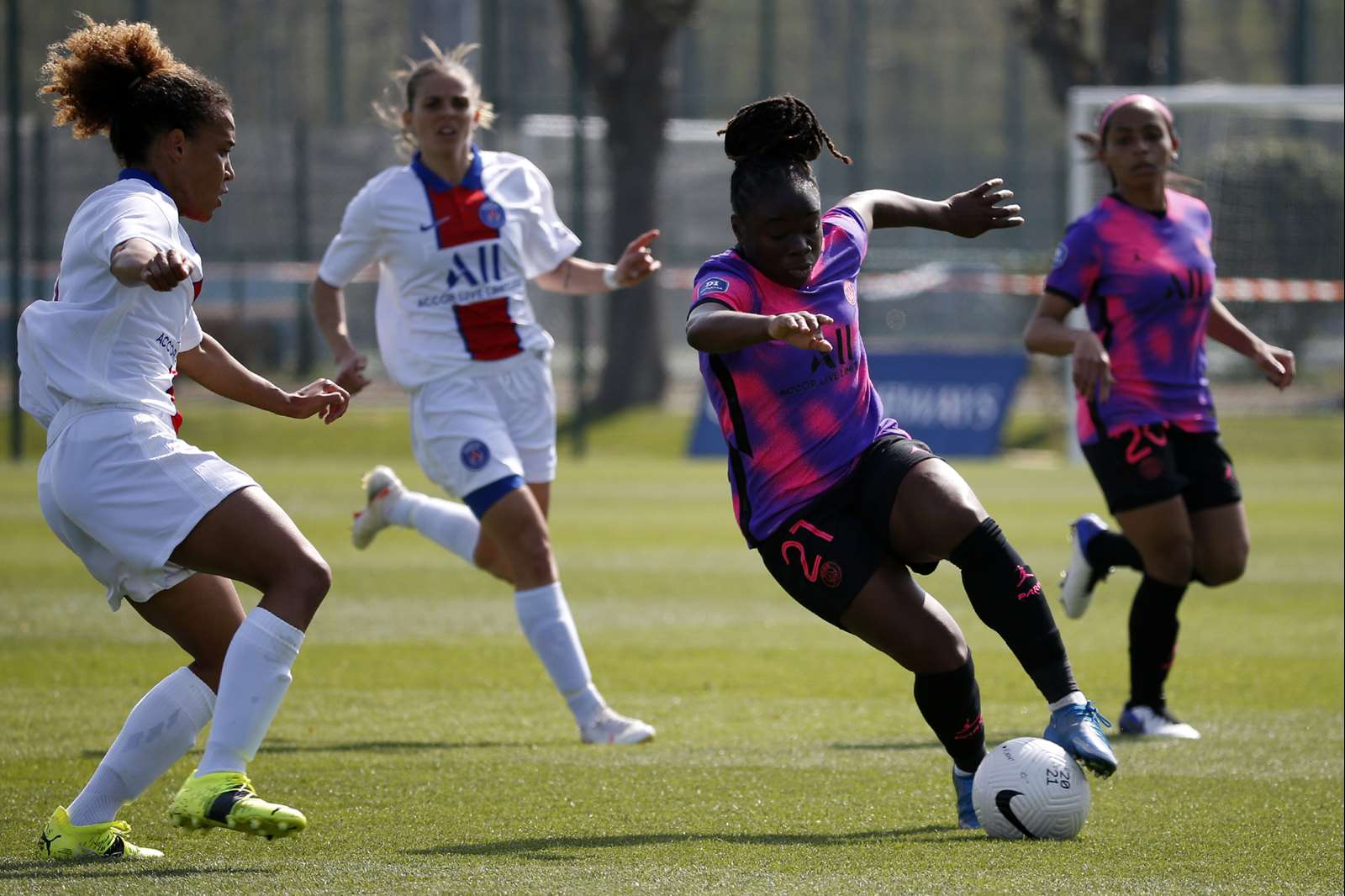 The result sees Paris move provisionally four points clear of OL as they head into the international break. The next game sees Echouafni's side in action in the second leg of the UEFA Women’s Champions League quarter-final away at Lyon's Groupama stadium on Sunday 18 April at 14:00, looking to overturn a 1-0 deficit from the first leg!