The Paris Saint-Germain Women’s team ran out 6-0 winners over Guingamp on Sunday 10 October at the Stade Georges Lefèvre on Matchday 5 of D1 Arkema.

A few days after their 2-0 victory over Breidablik in the UEFA Women’s Champions League, Les Parisiennes were back in league action. For the occasion, Coach Didier Ollé-Nicolle opted to start with an attacking side, with Bachmann, Baltimore and Katoto in attack.

From the very get go, the French champions showed their desire to hit the ground running. It didn’t take long for their domination to convert into a goal. After just three minutes,  Marie-Antoinette Katoto crossed powerfully into the box and the visitors’ defender Renard, scored an own goal (1-0, 3’). A few minutes later the club from the capital’s number 9 doubled the score as she came out on top in a one-on-one with the Guingamp goalkeeper (2-0, 17’). 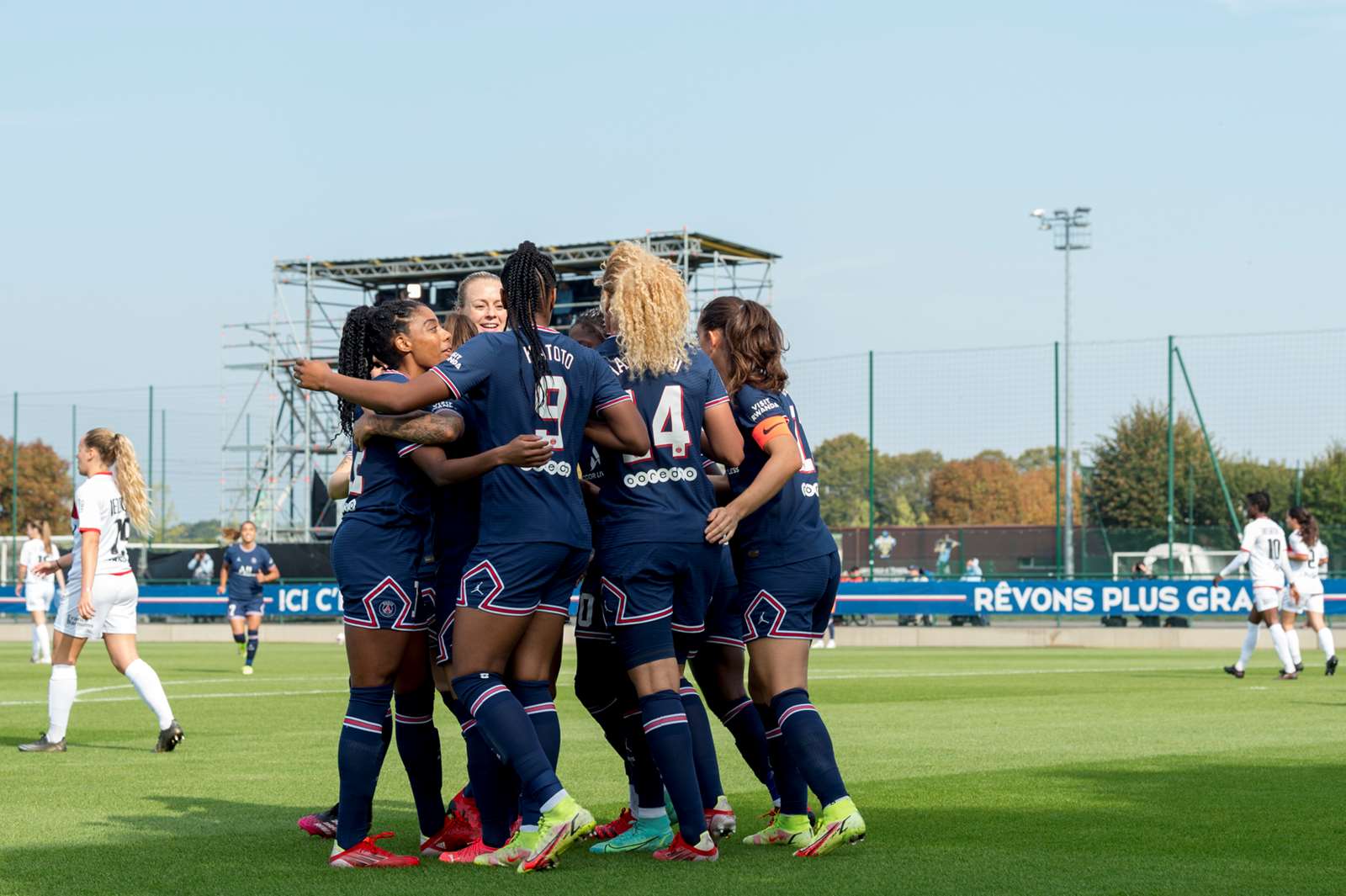 But Les Parisiennes, still not satisfied with just a two goal lead, continued to place Les Bretonnes under pressure in their box and  Katoto once again made the difference. Baltimore crossed beautifully from the left and the France international headed straight into the back of the net (3-0, 41’). To bring the first half to a close, who else but Katoto to add to the score! From a very clever free-kick from captain Sara Däbritz, Katoto once again headed home to pick up her third goal of the encounter (4-0, 44’). Les Parisiennes headed into the dressing room at the break with a four goal lead. 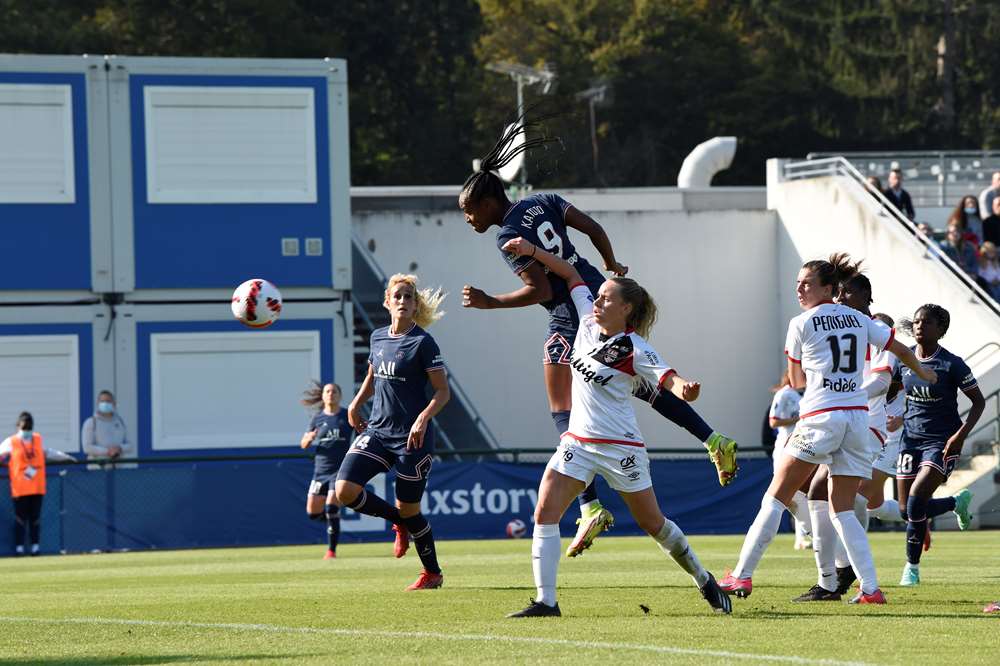 Les Franciliennes came back out with the same intensity in the second half.  Aminata Diallo found the back of the net with a powerful strike into the back of the goal (5-0, 82’). Finally, just five minutes after coming on off of the bench, Léa Khelifi hammered the final nail into the coffin (6-0, 88’).  The score remained the same until the end of the encounter. 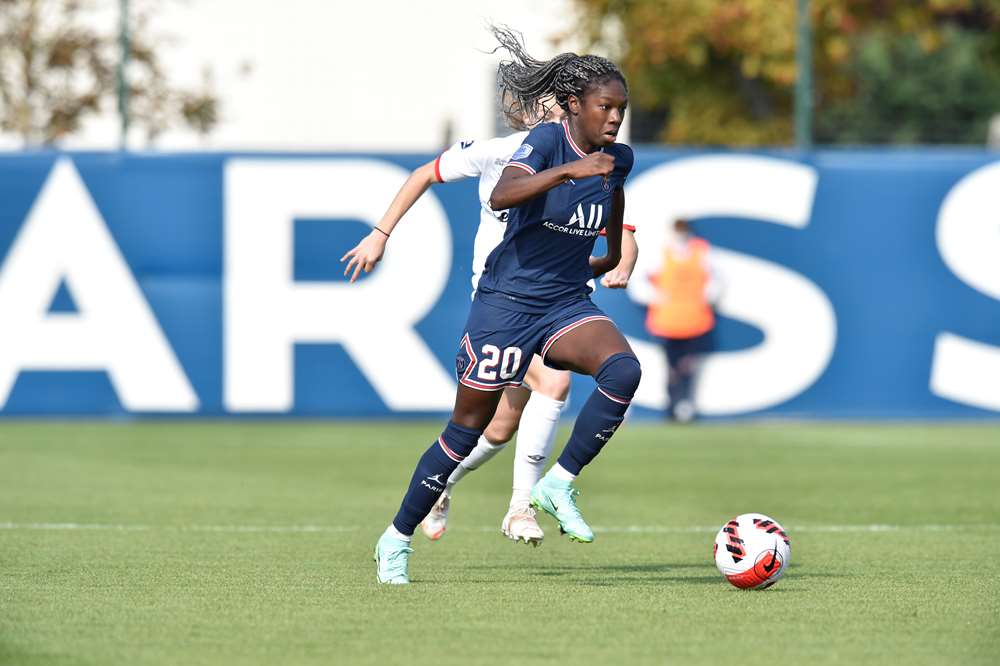 The club from the capital’s perfect start continues, with a fifth victory in as many matches in D1 Arkema.

A perfect way to prepare for Les Parisiennes’ next encounter on Wednesday  13 October at 18:45 at the Stade Jean Bouin against Zhytlobud in the second match of this year’s UEFA Women’s Champions League campaign.