Before the start of the UEFA Women's Championship England 2022, which will take place from Wednesday 6 to Sunday 31 July in England, and the CONCACAF W Championship 2022, which will take place from Monday 4 to Monday 18 July in Mexico, thirteen players from the Paris Saint-Germain women's team have joined up with their respective national teams. Here is an overview of their preparations. 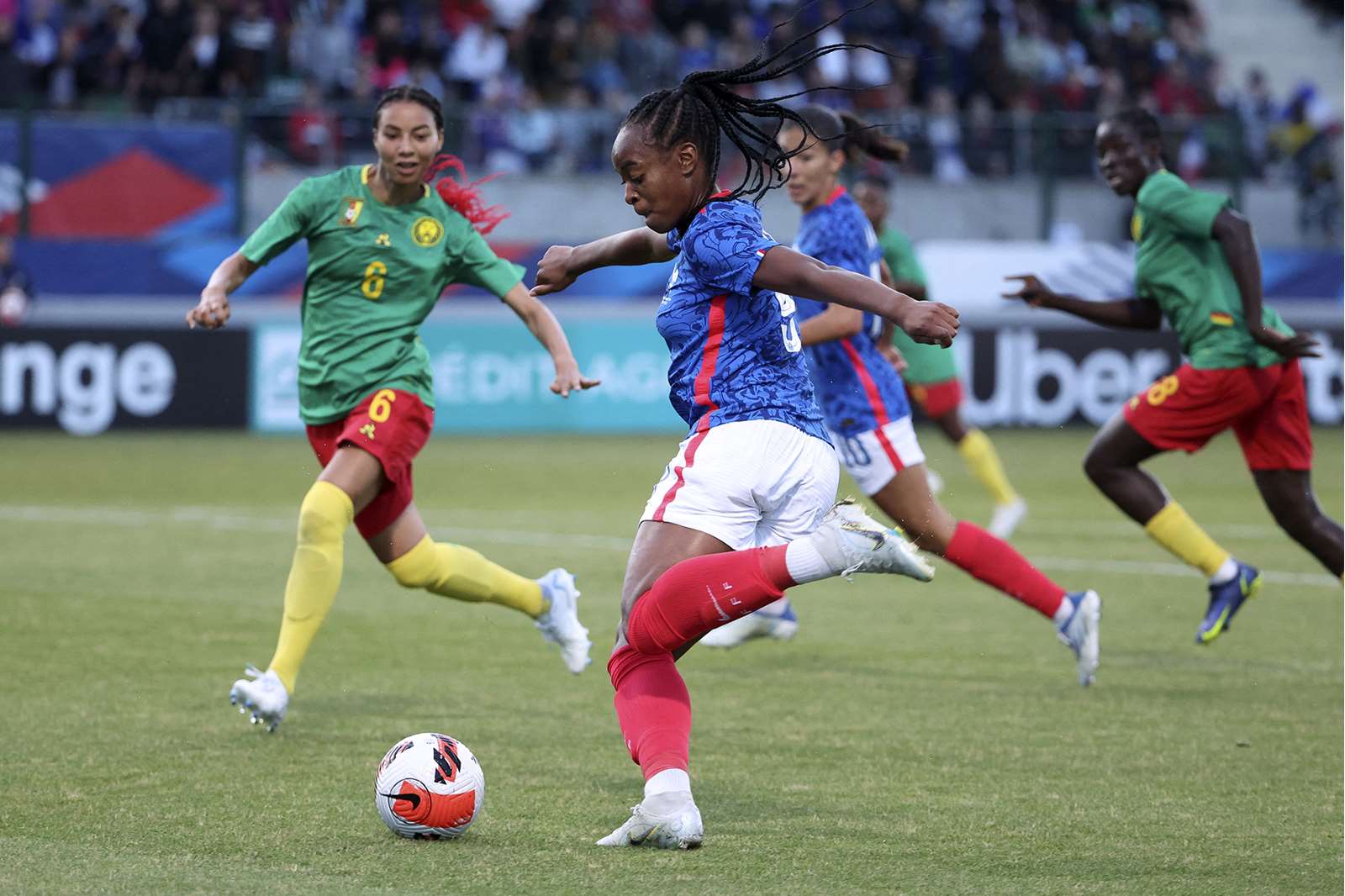 The French women's team of Sakina Karchaoui, Grace Geyoro, Sandy Baltimore, Kadidiatou Diani and Marie-Antoinette Katoto played two friendly matches in preparation for the Euro, both of which resulted in big wins. The first of these was a 4-0 win over Cameroon on Saturday 25 June at the Stade Pierre Brisson in Beauvais. Katoto was a starter, but gave up her place at the break when Baltimore came on. Seven days later at the Stade de la Source in Orleans, Corinne Diacre's side recorded a clear 7-0 win over Vietnam, an match in which Diani, who provided an assist before scoring twice, and Katoto, who provided an assist and a goal, played the first 73 minutes. Baltimore played the last half hour of the game. 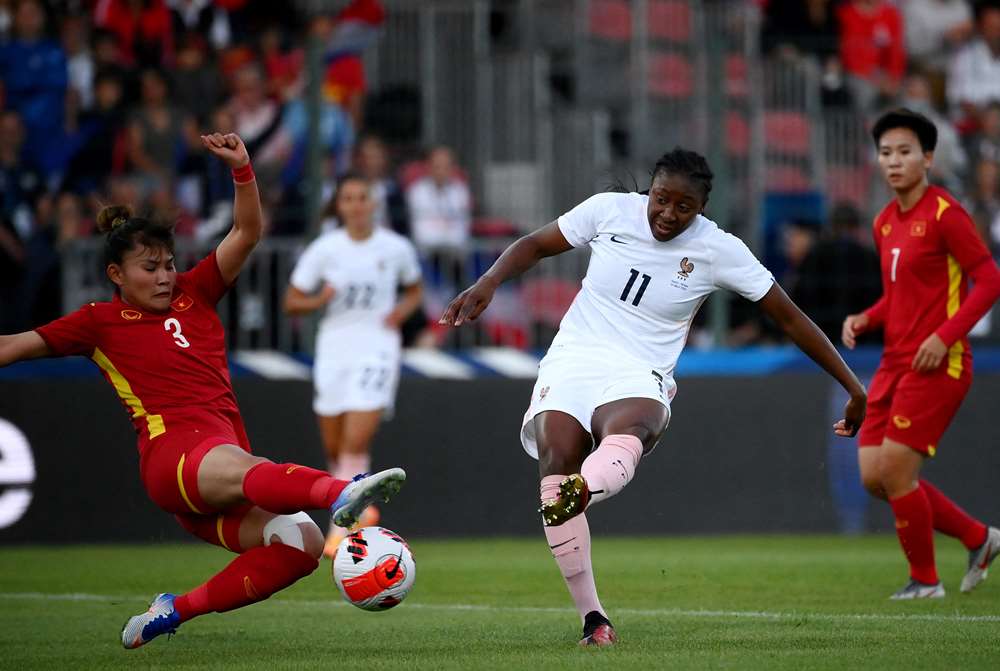 Paris Saint-Germain striker Celin Bizet Ildhushoy's Norwegian women's team also had two warm-up matches on their schedule, and they too recorded two wins. The Grasshoppers beat New Zealand 2-0 on Saturday 25 June at the Ullevaal Stadion in Oslo, and then won 2-1 against Denmark four days later in Viborg. The Les Rouge et Bleu number 17 played the last half-hour of the first match. 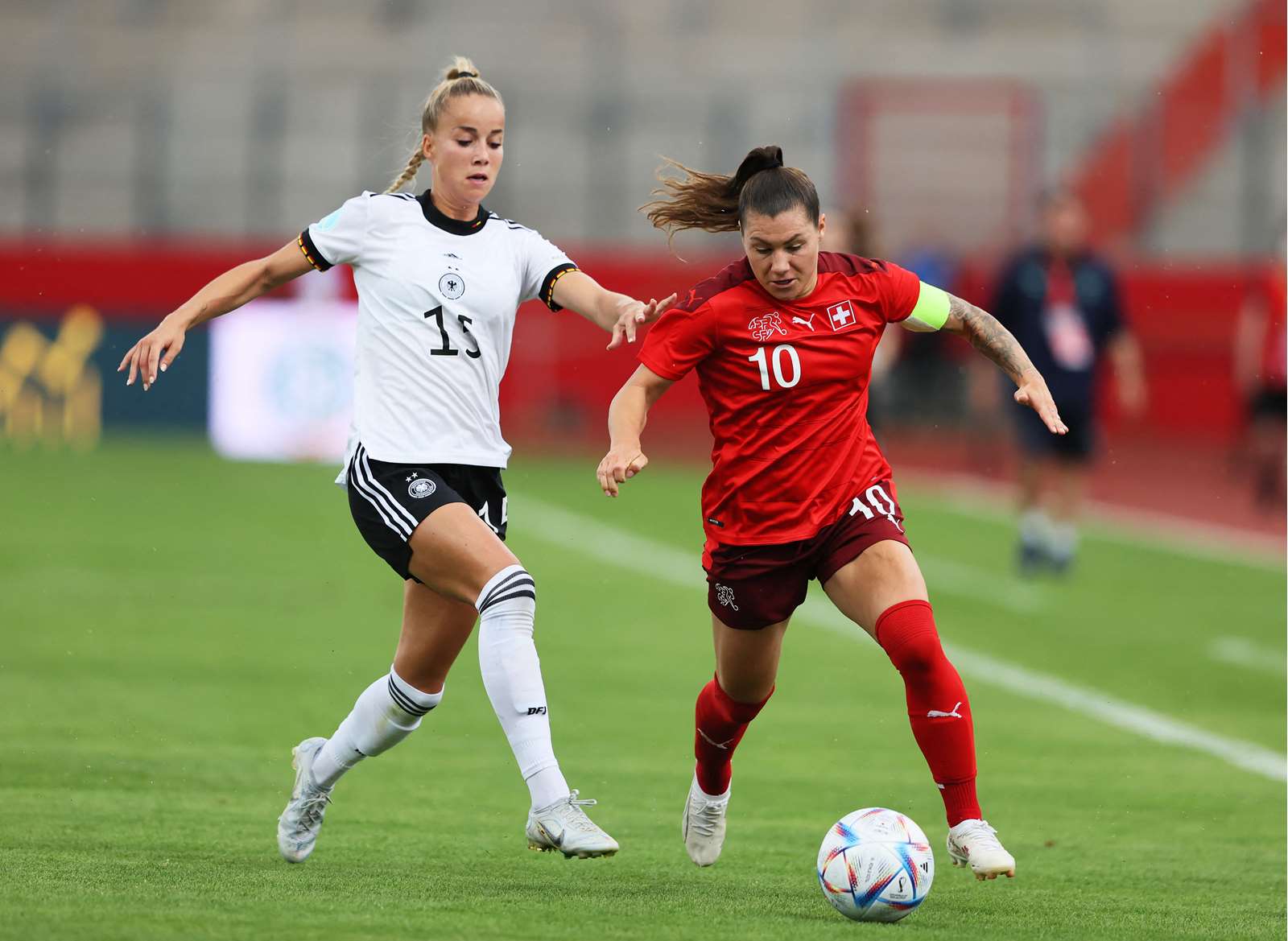 Paris Saint-Germain Women striker Ramona Bachmann's Swiss women's team also played two friendlies. The Swiss women's team suffered two heavy defeats, 7-0 against Germany on Friday 24 June at the Steigerwaldstadion in Erfurt and 4-0 against Euro hosts England six days later at the Letzigrund Stadium in Zurich. The Les Rouge et Bleu number 10 started both games and even wore the captain's armband in the first. She played the entire match against the Frauen-Nationalmannschaft, and the first hour of the confrontation with the Lionesses. 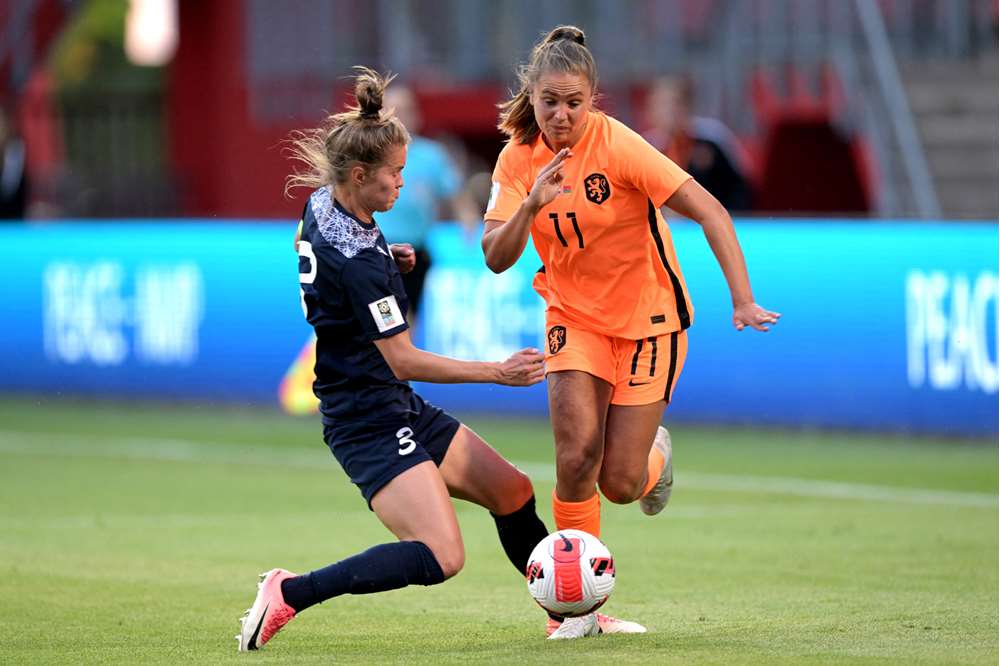 Three friendly matches were on the menu for the Dutch women's team of new Paris Saint-Germain player Lieke Martens. The Oranje Leeuwinnen lost 5-1 to England on Friday 24 June at Elland Road in Leeds, a match in which the Parisian newcomer, who played the first half, opened the scoring. Mark Parsons' side bounced back at the FC Twente Stadion in Enschede with a 3-0 win over Belarus seven days later, a game the former Barcelona player played in full, and a 2-0 win over Finland in which Martens played the first 73 minutes.

Les Rouge et Bleu's Amanda Ilestedt had only one warm-up match on the schedule with the Sweden women's team, but it was a great match. The Blagults beat Brazil 3-1 on Tuesday 28 June at the Friends Arena in Solna, an match that saw the Parisian started and play in full. 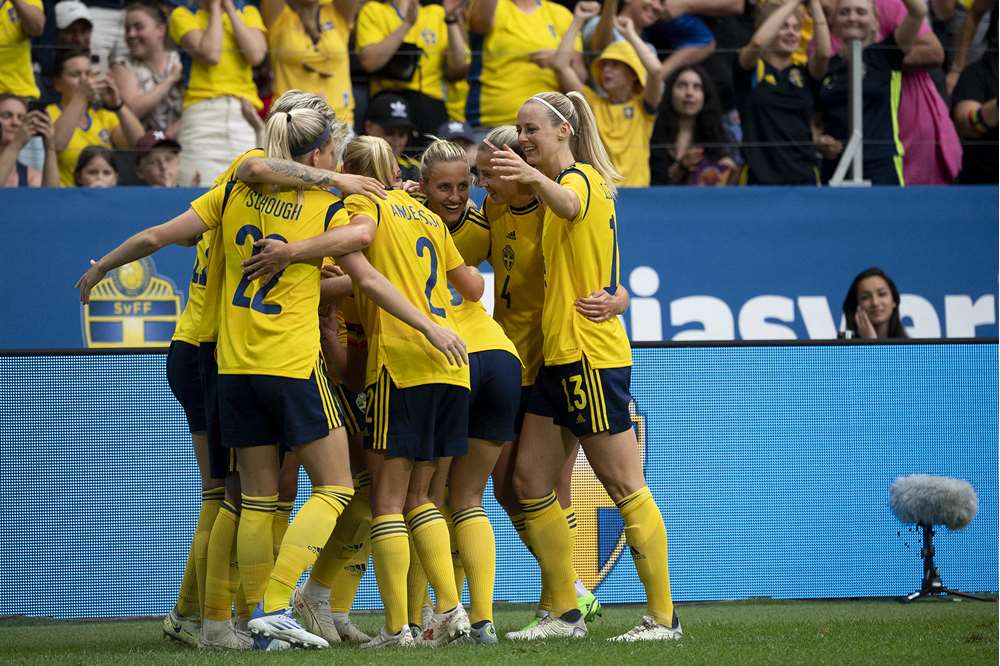 A friendly match was also on the programme for the Polish women's team Paulina Dudek, the only European country represented by the capital club's internationals not to have managed to validate their ticket for the Euro. The Bialo-Czerwoni lost 3-1 to Iceland on Wednesday 29 June at the Stadion Groclinu Dyskobolii in Grodzisk Wielkopolski, a match in which the Les Rouge et Bleu number 4 did not take part. 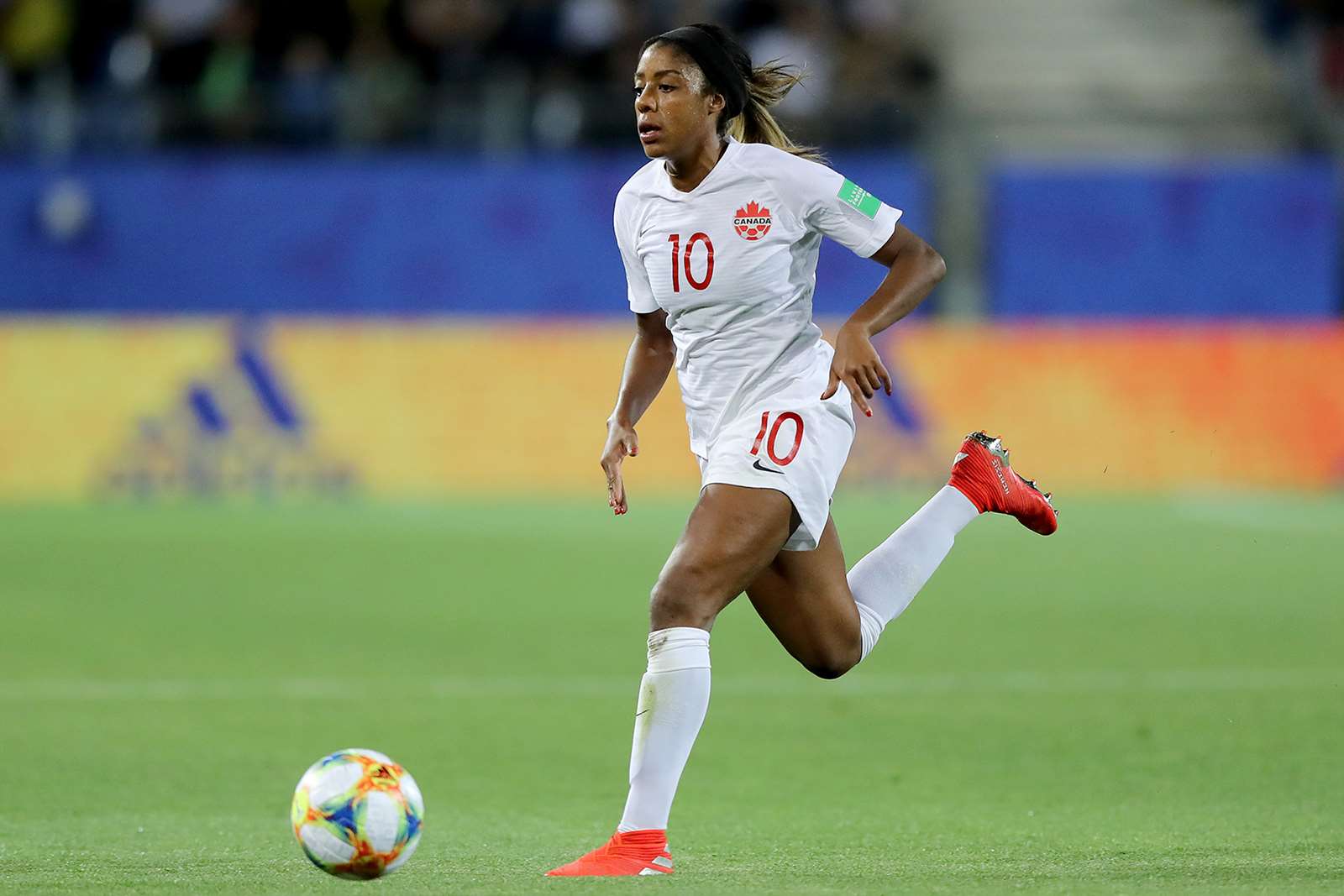 Les Rouge et Bleu's Canadian women's team representative Ashley Lawrence also had just one friendly on the menu, this time in preparation for the CONCACAF W Championship. The Reds drew 0-0 with South Korea on Sunday 26 June at Toronto's BMO Field, a match that the Parisian started and played in full. 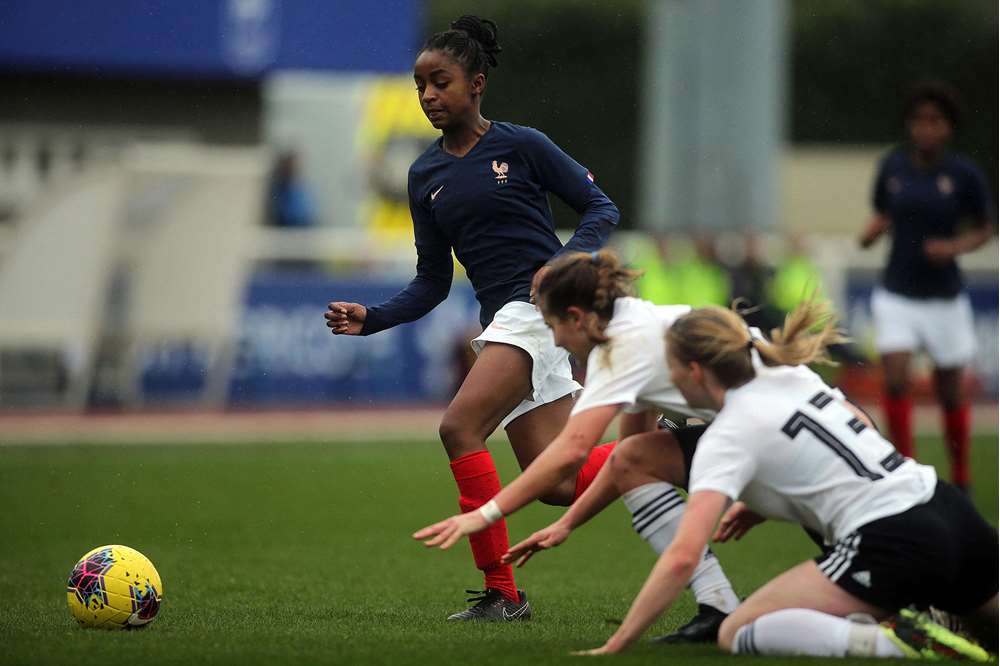 The South Ladies Cup 2022 at the Stade de Lattre d'Aubagne was on the programme for France U20 women's side featuring of Jade Le Guilly and Laurina Fazer, accompanied by PSG U19 women players Océane Toussaint, Baby Jordy Benera, Magnaba Folquet, Océane Hurtré and Manssita Traoré. After a 3-1 loss to the United States on Friday 24 June, the Bleuettes bounced back with a 1-0 win over the Netherlands two days later and a 2-1 victory over Mexico two days after that to finish the tournament in second place, two points behind the Stars and Stripes.

Fazer, Traoré and Folquet started against the Americans, while Le Guilly came on. The latter, Fazer and Hurtré were then in the starting line-up against the Dutch, while Folquet and Traoré came off the bench. The latter two were in the starting line-up against Mexico, while Le Guilly, Fazer and Hurtré rode the pine. The latter had provided an assist against the Oranje Leeuwinnen, followed by Traoré and Fazer against El Tri. Fazer, who captained the first two matches, was voted best player of the tournament.