Heavy defeat against Olympique Lyonnais for the Parisians

Paris Saint-Germain's women's team suffered their first defeat of the season when they lost 6-1 to Lyon on Sunday 14 November at the Groupama Stadium in Décines-Charpieu, in mathday 8 of D1. 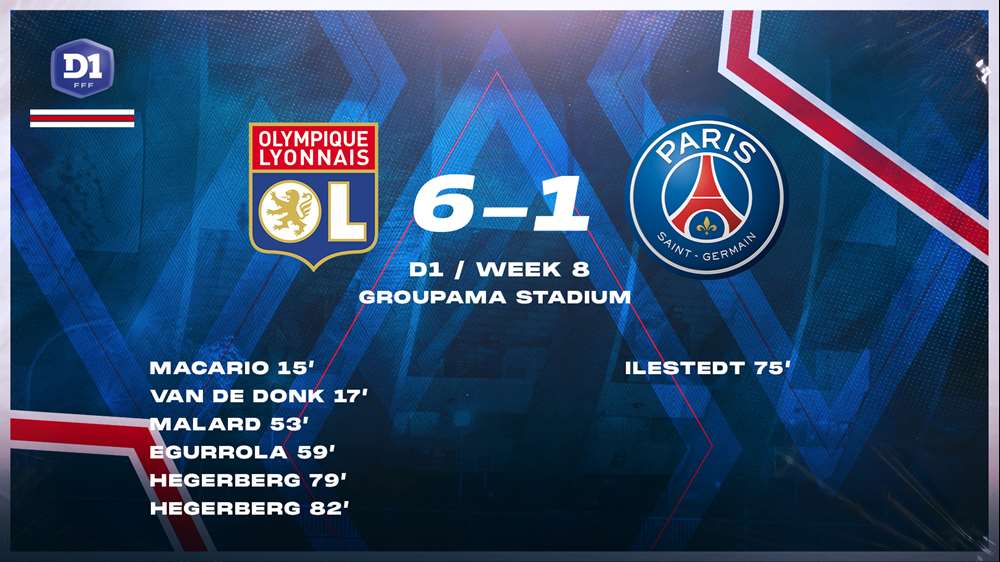 Five days after their prestigious win at the Parc des Princes against Real Madrid (4-0) in matchday 3 of the UEFA Women's Champions League group stage, the Rouge et Bleu travelled to the Rhone Valley on Sunday for another domestic clash at the Groupama Stadium against Lyon, who were ahead of them on goal difference (+32 vs. +23). Didier Ollé-Nicolle named an almost identical starting line-up to the one used on Tuesday, with only one change: Elisa De Almeida in place of Aminata Diallo. 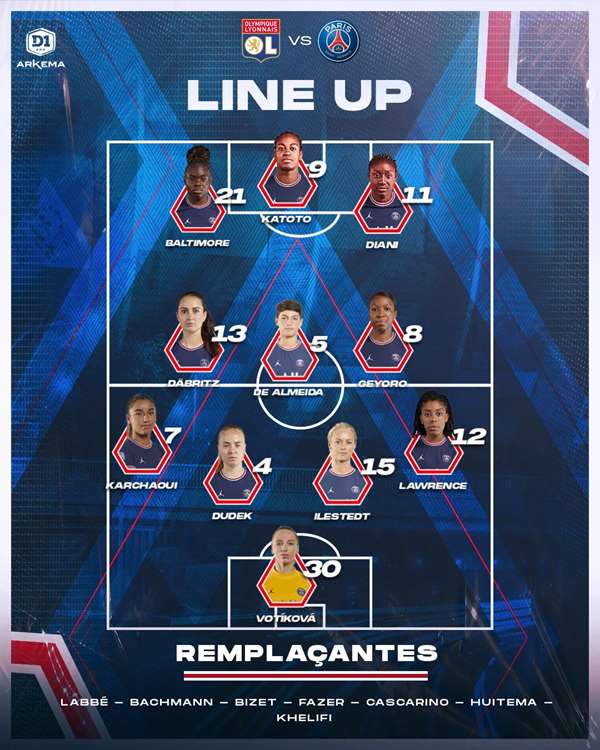 And in a unique situation, the Parisians were to suffer the onslaught of Lyon at the start of the match. Melvine Malard's first attempt was blocked by Barbora Votikova (6'). The match then turned on its head with the first refereeing decision, with a penalty awarded after a tussle between Amanda Ilestedt and Catarina Macario (14') and converted by the latter (1-0, 15'). In the second half, Selma Bacha moved down the left and found Danielle van de Donk from six metres out, who put the ball into the back of the net with her shin (2-0, 18’). To make things worse, Lawrence was sent off after a duel with Malard (26'). 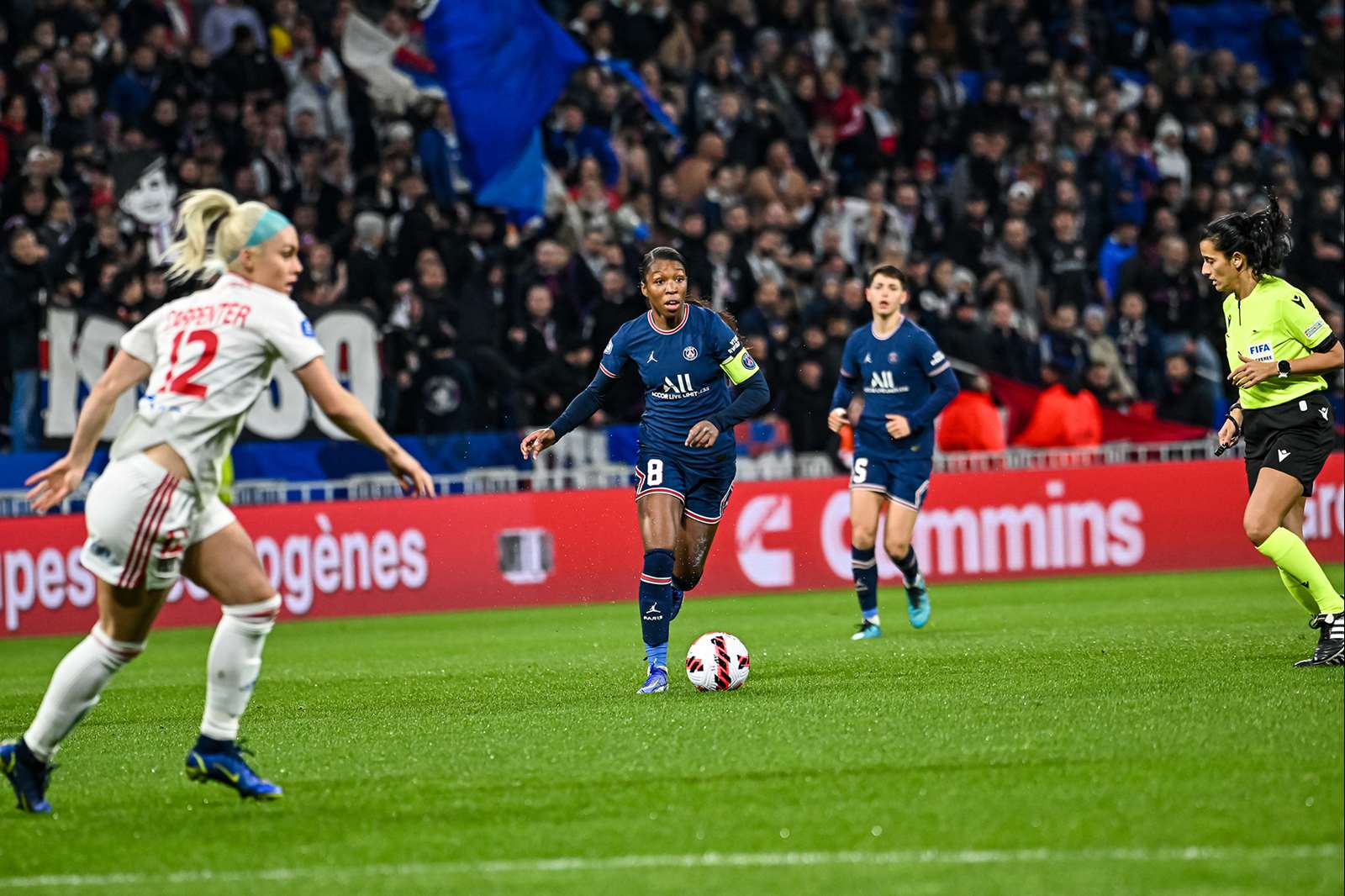 The start of the second half was also tough for the Rouge et Bleu, as from a first corner from Bacha, Malard fired the ball into the net (3-0, 53'), before Damaris Egurrola also found the net from a second corner kick, this time from Macario (4-0, 59'). The Parisian side then scored from a corner, with Ilestedt heading in a Sara Däbritz cross (4-1, 75'), before Ada Hegerberg scored from six yards out (5-1, 79') and then headed in a Perle Morroni cross for her second (6-1, 82'). 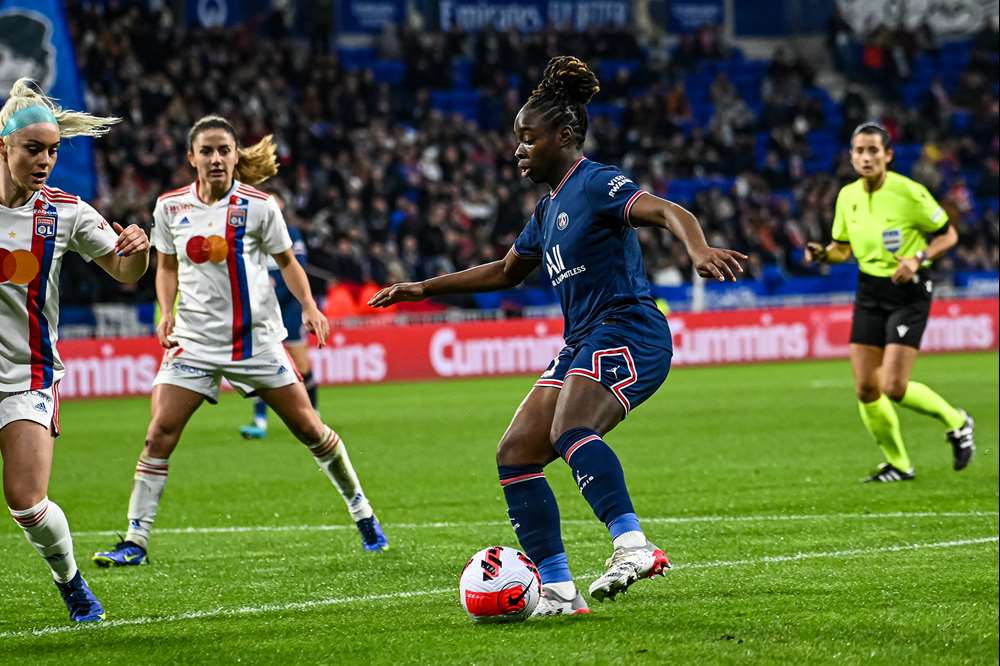 The result means that the Feunottes are now three points clear of Didier Ollé-Nicolle's side in the standings. The latter have no time to ponder, as they will have the opportunity to raise their game on Thursday with a new fixture on the cards, the second leg against Real Madrid. The game kicks off at 21:00 at the Estadio Alfredo Di Stefano.