100th goal for Katoto and a win for the Parisians

The Parisians beat Le Havre (5-0) this Sunday thanks to an impressive performance from Marie-Antoinette Katoto and keep their lead before the Christmas break. 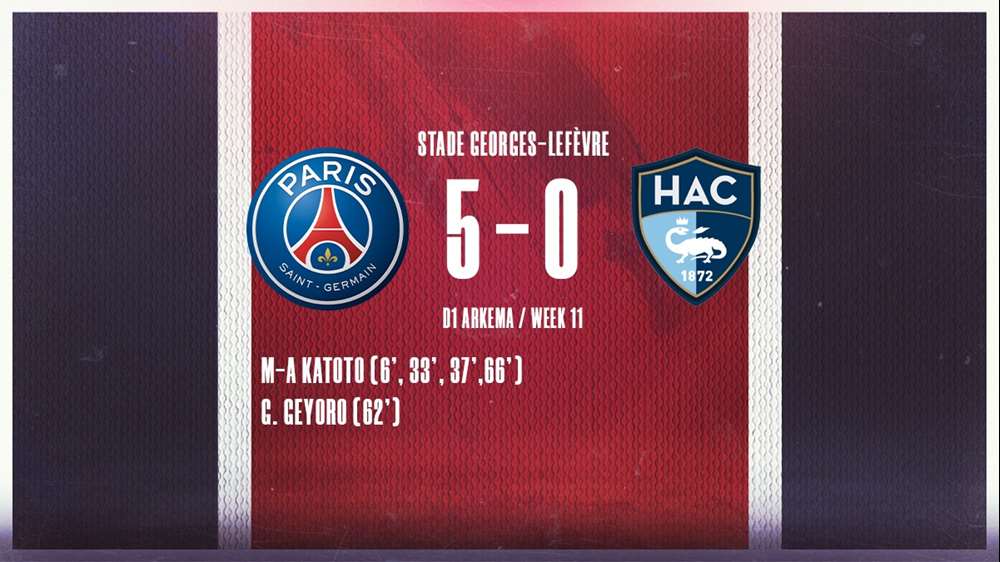 Going into the final D1 Arkema game of 2020, Olivier Echouafni’s players had two things in mind: keeping their lead at the top of the table and seeing Marie-Antoinette Katoto reach the 100 goal mark. And the striker didn’t make us wait long. In the sixth minutes Katoto headed home and matched her clubmate Kylian Mbappé by scoring her 100th goal for the Rouge et Bleu at just 22 years old (1-0, 6’). Exceptional! 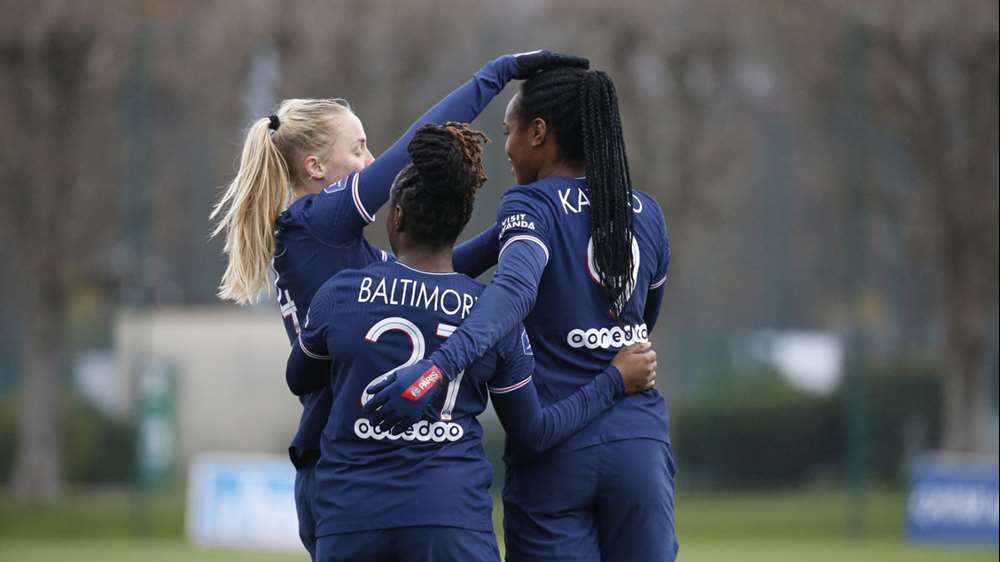 And breaking that record seemed to have given something extra to Katoto, who wanted to add to her tally. Sara Däbritz’s brilliant free kick was met by the number nine who deflected it in to make it two (2-0, 33’)! She then got her third a few minutes later assisted by Ashley Lawrence (3-0, 37’). A first half hat trick for Katoto!

After the break, the Parisians carried on from where they left off thanks to Grace Geyoro (4-0, 62’) and then Katoto (5-0, 66’). A perfect day for the Parisians who stayed at the top of the table and for Marie-Antoinette Katoto who’d already been named player of the month for November before the game. The final game of 2020 will be on Wednesday in the Round of 32 return leg of the UEFA Women’s Champions League game against Gornik Leczna.