On Saturday afternoon, Paris Saint-Germain were out to continue their perfect record in the Liqui Moly StarLigue. Winners of their first three matches, they played host to an in-form Cesson-Rennes side in Liquid Moly StarLigue Round 4 action at the Stade Pierre De Coubertin. Les Irreducibles had defeated Nantes in Round 1, so our players had been warned, as Vincent Gérard reminded us all before kick-off.

Galvanised by their fans, Les Rouge et Bleu made a very good start! In particular, Nedim Remili was in outstanding form, scoring six of his side's first seven goals (8': 7-1). In the process, the French international scored his 700th league goal! Defensively too, the Parisians were in strong form, with Yann genty imperious in goal. Our last rampart saved at 83% (five out of six) after 10 minutes of play (10': 8-1), giving the Breton attack an extremely hard time and denying Youenn Cardinale's 7-metre throw (14': 11-4). 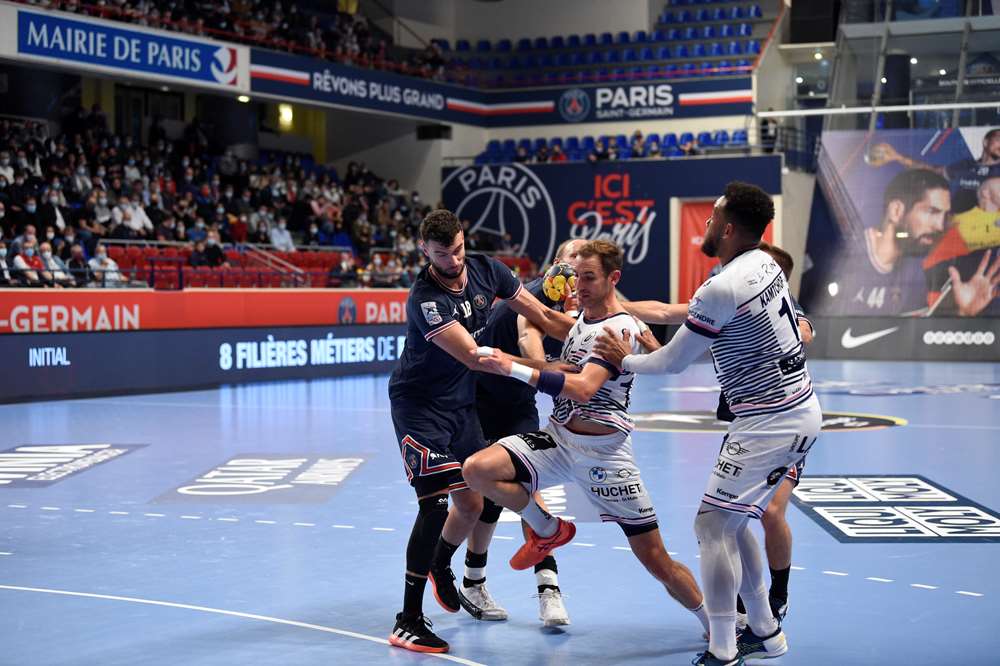 Raul Gonzalez's men were solid in defence and made the most of their counter-attacks. This way, and following a goal from Luc Steins, they saw their lead increase to +10 (20': 16-6). But our players also put on a show and thrilled Coubertin with two kung-fus. The first one was scored by Adama Keita (23': 18-7), the second by Nikola Karabatic (28': 21-11) - both set up by Nedim Remili. At the break, our team were comfortably ahead.

The second half started again on the same basis: with Parisian domination (34': 25-12). Les Rouge et Bleu did not let up and continued to increase their lead as the minutes passed (40': 31-16). Efficiency was not enough for them, so they added a little more style. In the space of a few minutes, Yann pushed away a close-range shot, Mathieu Grébille scores with a nice spin-shot and Benoît Kounkoud got in on the kung-fu act (44': 33-16). In this context, Paris took a 20-point lead (47': 36-16). 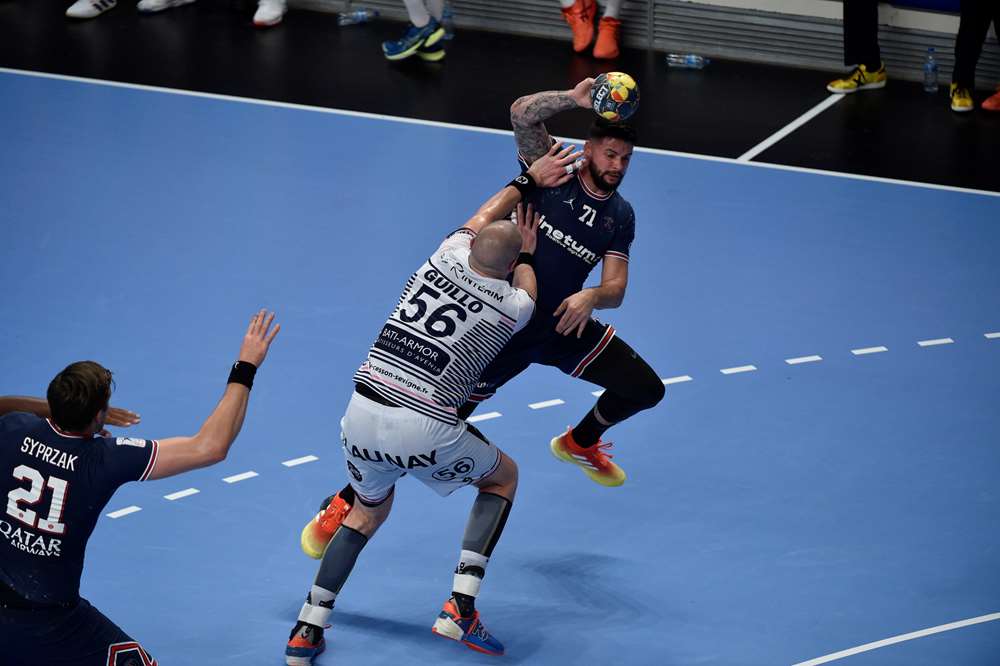 At the beginning of the last ten minutes, the result was beyond doubt (50': 40-18), but the massive lead didn't make the Parisians slow down. Until the end, they kept their foot on the gas (53': 42-18), finishing the game with 79% shooting efficiency (compared to 52% for the visitors) and a 23-goal winning margin! Paris Saint-Germain Handball continued its winning streak in the league and they will be out to extend it even further next Saturday in Nîmes.