With a victory in Lyon, Les Parisiens retake the top seat!

Paris Saint-Germain secured victory over Olympique Lyonnais (2-4) on Sunday evening at the Groupama Stadium on Matchday 30 of Ligue 1. A look back at this precious win!

Hit a direct competitor hard and climb back to the top of the league: Les Parisiens' objectives were very clear for this clash against Lyon, who went into the game on level points on the podium of Ligue 1. For the encounter, Mauricio Pochettino opted for an audacious starting eleven with an attacking trio of Di Maria-Kean-Mbappé up-front, supported by the impressive Marco Verratti in the middle of the pitch.

And from the very get go, Les Rouge et Bleu - in their pink and purple kit - showed they they were determined to give one final push before the international break. Setting the right tone, they looked to deprive the home side of the ball and bring intensity to every duel. Kylian Mbappé set the scene with his first rapid counter of the evening and a perfect ball into Kean, who saw his effort turned away by Lopes (5'). But the Frenchman soon found the opener, perfectly connecting with Verratti's parried effort, with a smart bit of skill and left-footed strike (0-1, 15'). 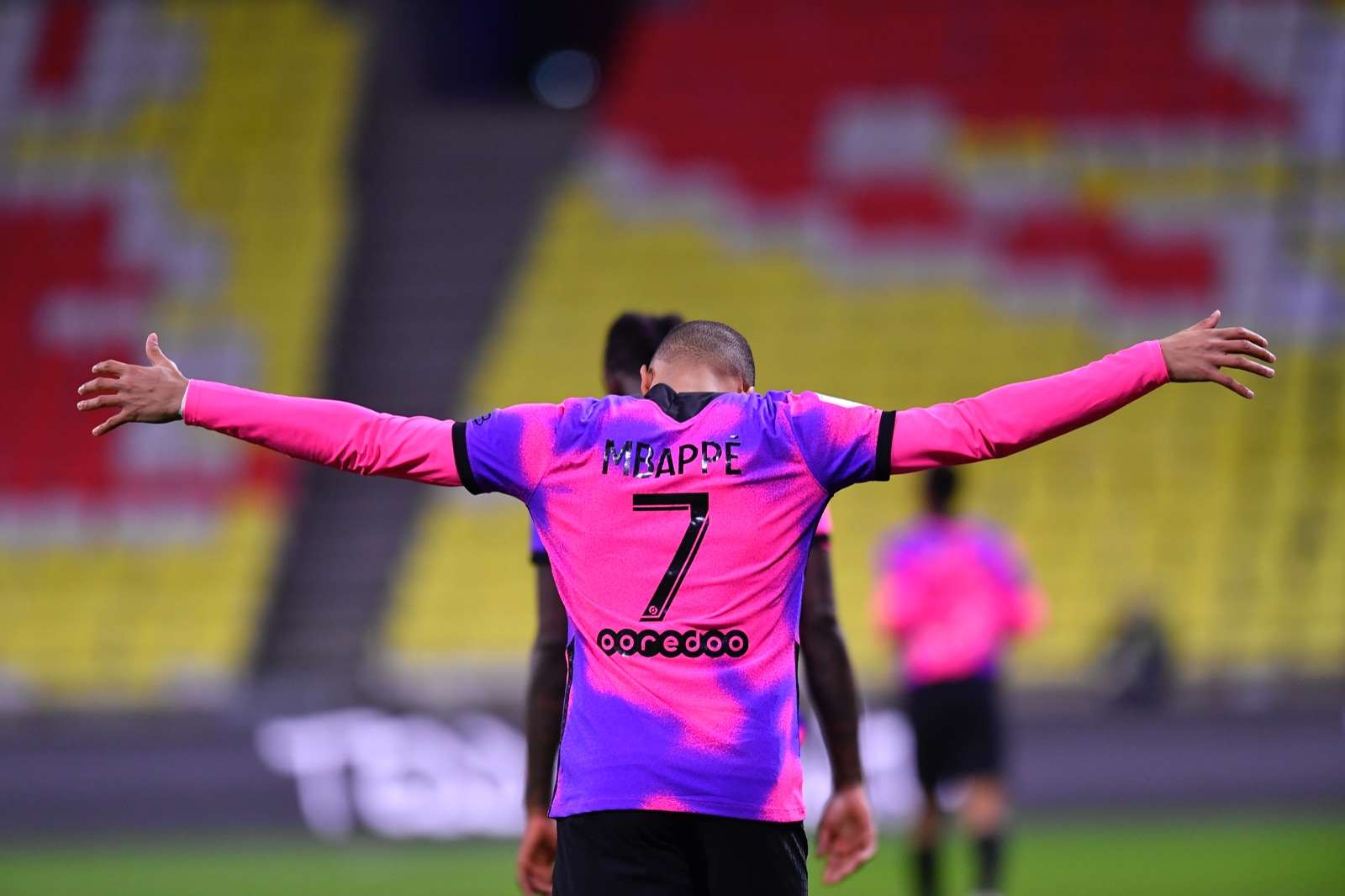 The first half certainly didn't lack rhythm and the two sides continued to attack from one end to the other. At one end, the Paris Saint-Germain defence, led by an impeccable Navas-Marquinhos-Kimpembe trio, were able to deal with the agressive nature of the Lyon attacks. At the other end, it was with the same level of determination that the Paris forwards gave their hearts with every effort, including Kean (22') and Di Maria (23'). But in the end, it was Danilo Pereira who managed to beat Lopes! From a corner, Presnel Kimpembe and then Marquinhos showed their selflessness in the duel to provide for the Portuguese midfielder, whose effort then flew into the back of the net! (0-2, 32'). 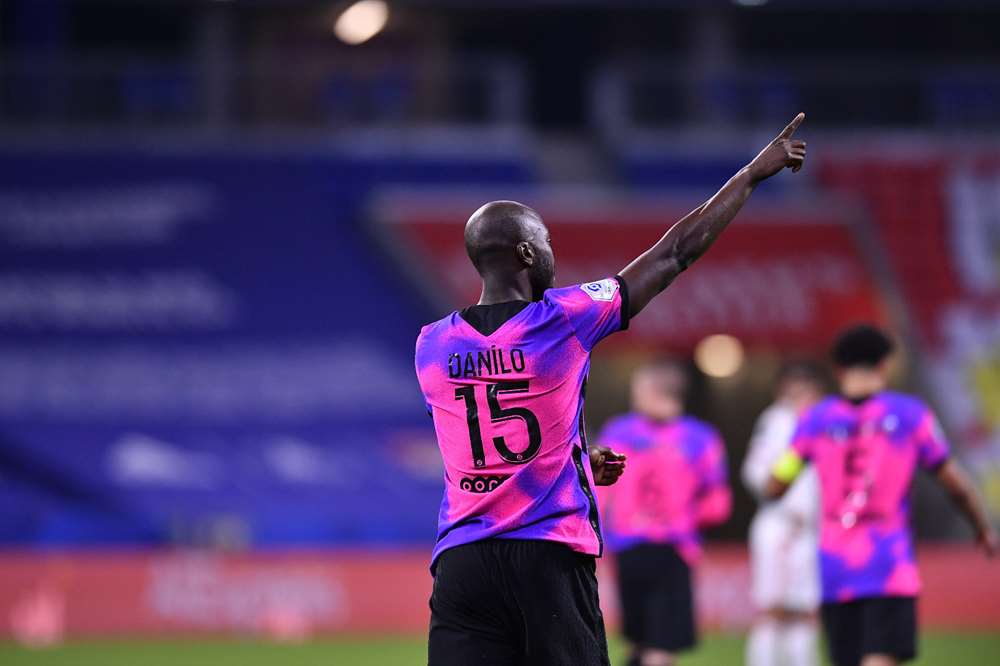 During a frenetic second half,  Les Parisiens refused to drop the pressure and Angel Di Maria wasted no time in order to extend the visitors' lead with an audacious free-kick (0-3, 47'). And as a confirmation of this power at both ends of the pitch, Paris Saint-Germain added a fourth goal after a spectacular counter-attack: following a fantastic stop from Keylor Navas, Kylian Mbappé countered at speed and finished clinically (0-4, 52'). His 100th goal in Ligue 1! 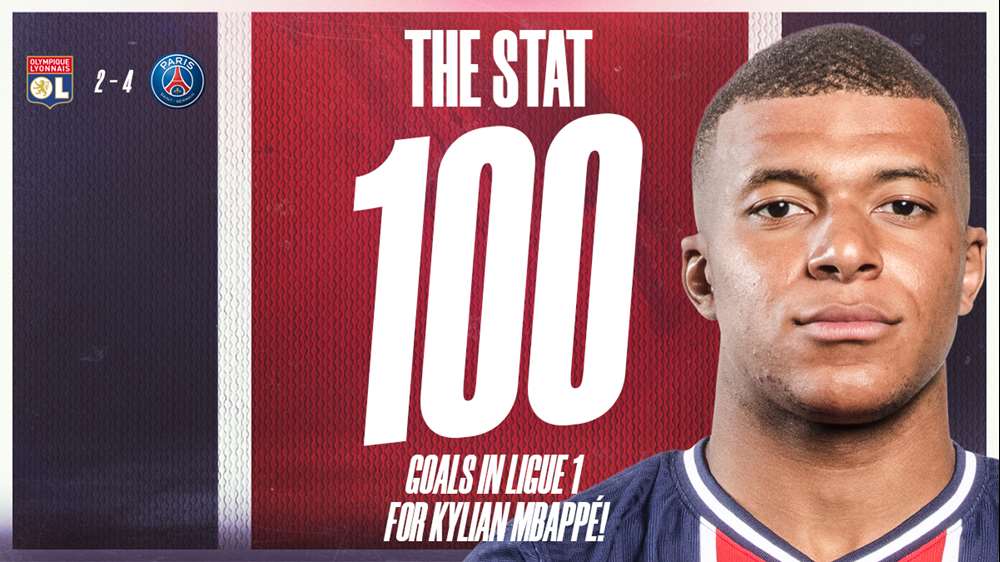 Despite the visitors' domination, Les Gones fought back and reduced the deficit through substitute Islam Slimani (1-4, 61'), then Cornet (2-4, 80'). Stung by these goals, Les Parisiens finally regained control of this crucial match and managed - thanks to Keylor Navas' gloves - to hold onto their lead until the final whistle.

At the end of a quality team performance, Paris Saint-Germain take home a valuable victory from the Groupama Stadium and retake first place in the league! An excellent performance from our Parisiens, ahead of the exciting challenges that await them across all competitions following the international break.