Vitinha: "The atmosphere exceeded my expectations"

For his first European match for Paris Saint-Germain, Vitinha made the most of the home match against Juventus to give the Parc des Princes a complete performance. And he gave us a lot of excitement!

From the moment he arrived in the capital until that very first Champions League match, Vitinha has continued to strengthen his status as a young prodigy, having just been voted the best prospect in the Portuguese league by his peers. In Paris, the promise quickly turned into reality.

From the summer tour of Japan to the five Ligue 1 matches he has played since the start of the season, as well as winning his first ever trophy in the Trophée des Champions, the Portuguese international has quickly earned the right to be a part of the team.
The Portuguese international's ability to adapt to this new context, to this new league, and also to his partners on the pitch, has made him a natural fit with Christophe Galtier's plans.

The 22 year old was unsurprisingly impressive in his first ever Champions League match against Juventus, and he didn't miss a chance to showcase his qualities. In 78 minutes of play, the midfielder lit up the midfield alongside the ever-present Marco Verratti. Together, the pair literally snatched the ball from the Bianconeri's grasp, becoming the primary launch pad for a rampant attack. Along with Neymar Jr, they were the three most active players on the pitch. 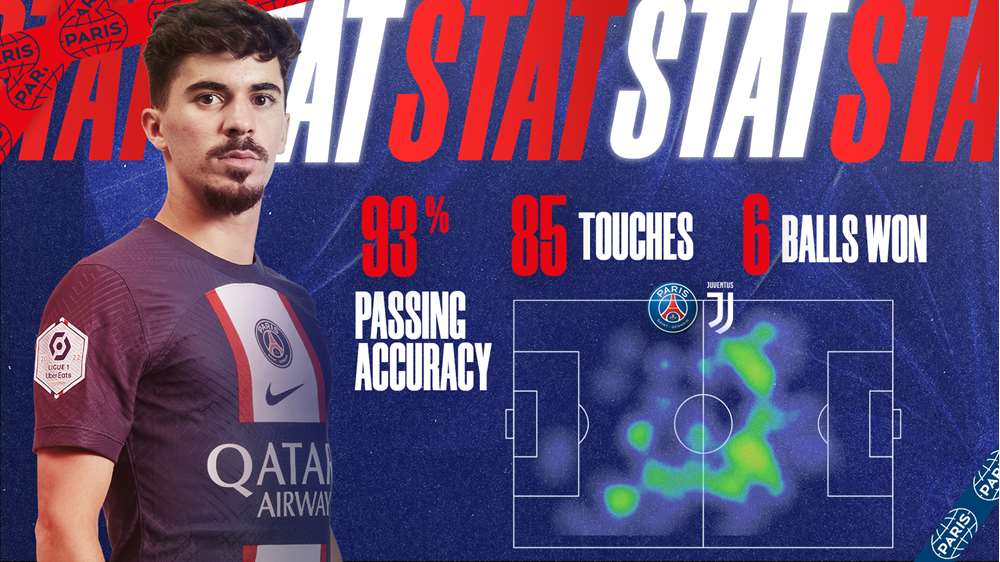 In addition to the team performance and the solidarity that allowed the Rouge et Bleu to win (2-1), this match will also be remembered for the successful first European appearance for the new Parisian.
In addition to his 85 touches and 93% pass completion rate, Vitinha also put in a strong defensive performance: 3 duels won, 6 recovered balls, 2 tackles and 2 interceptions.

The number 17 explained his performance to PSGTV: "I felt very good against Juventus. It was already the case in the league matches but I knew that the Champions League was different. People were waiting for this moment, waiting to see what the team would do, what I would do. It was the first game of a long run, and I think it went well both individually and collectively. I was also satisfied with my performance. But I, as well as the team, feel that we can still do better, and we still have a lot of games ahead of us to improve." 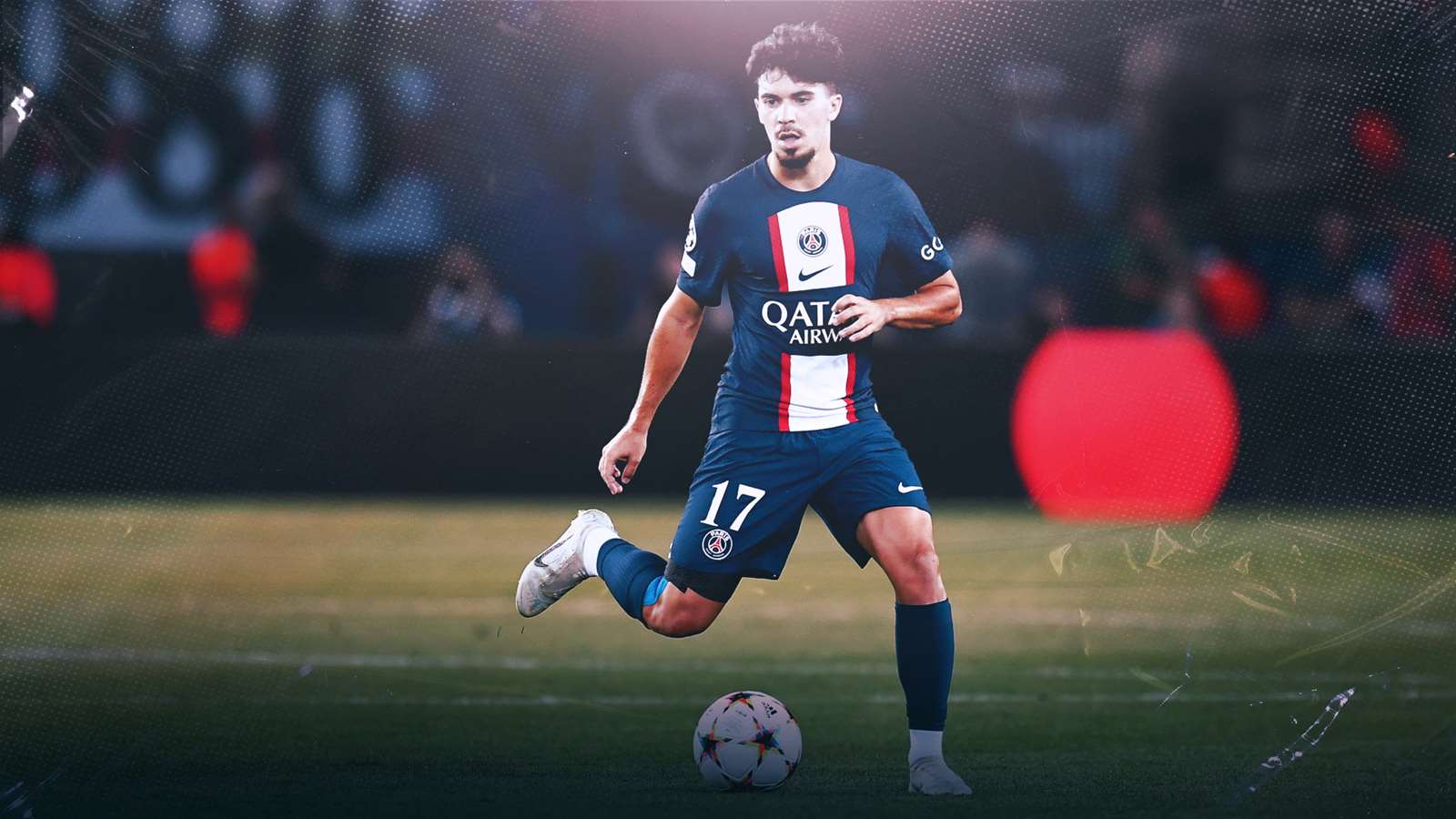 A fantastic game, a passionate stadium, a lot of emotions after the Parisian goals and an unwavering support from the first to the 90th minute: this Tuesday evening, the Parc des Princes was the scene of those great nights that you never forget. It was one of those evenings that leave a lasting impression... Especially when you are experiencing it for the first time.

An experience that the Santo Tirso native won't forget anytime soon: "It was really beautiful. I had already been told that the atmosphere was beautiful at the Parc des Princes, but it exceeded all my expectations. In Ligue 1, I had already found the reception magnificent against Montpellier, but the atmosphere we felt against Juventus... It was incredible. It was crazy. The fans, not only the ultras, but the whole stadium, allowed us to do even more on the pitch. It's hard to explain, you can feel it. But the feeling when the players came on, mixed with the Champions League anthem and the atmosphere in the stadium, it was really something incredible." 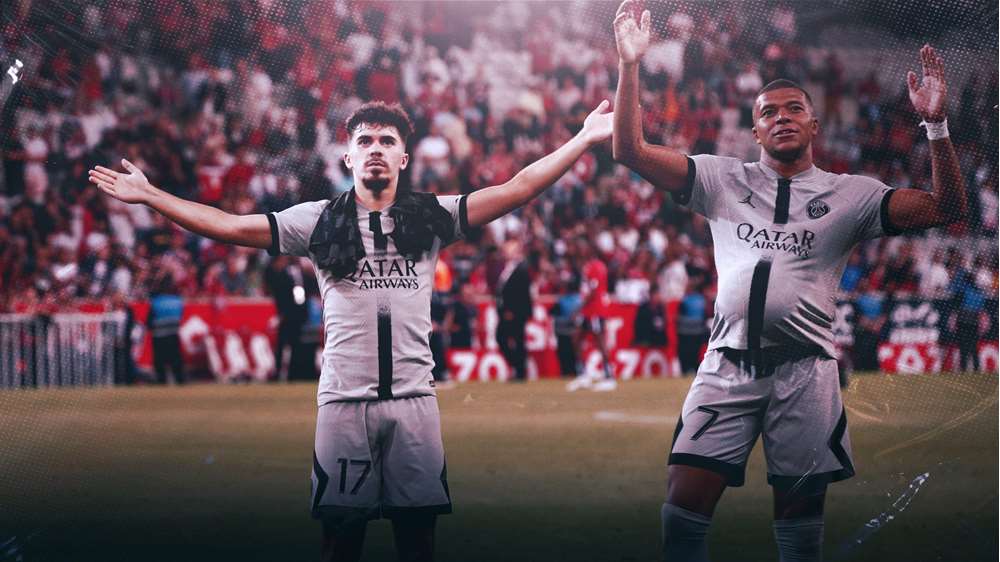 The midfielder will be back at home on Saturday, when he plays Brest in the seventh matchday of Ligue 1, before flying to Israel for the second matchday of the Champions League group stage on Wednesday.

Rouge & Bleu: Behind the scenes of the victory against Juventus
First Team 8 September 2022

Rouge & Bleu: Behind the scenes of the victory against Juventus