Thomas Tuchel : 'It was important to react like that'

Thomas Tuchel, Mitchel Bakker and Danilo Pereira spoke after Paris Saint-Germain’s 5-1 victory against Istanbul Basaksehir this Wednesday December 9 at the Parc des Princes in the sixth and final matchday of the UEFA Champions League group stage. 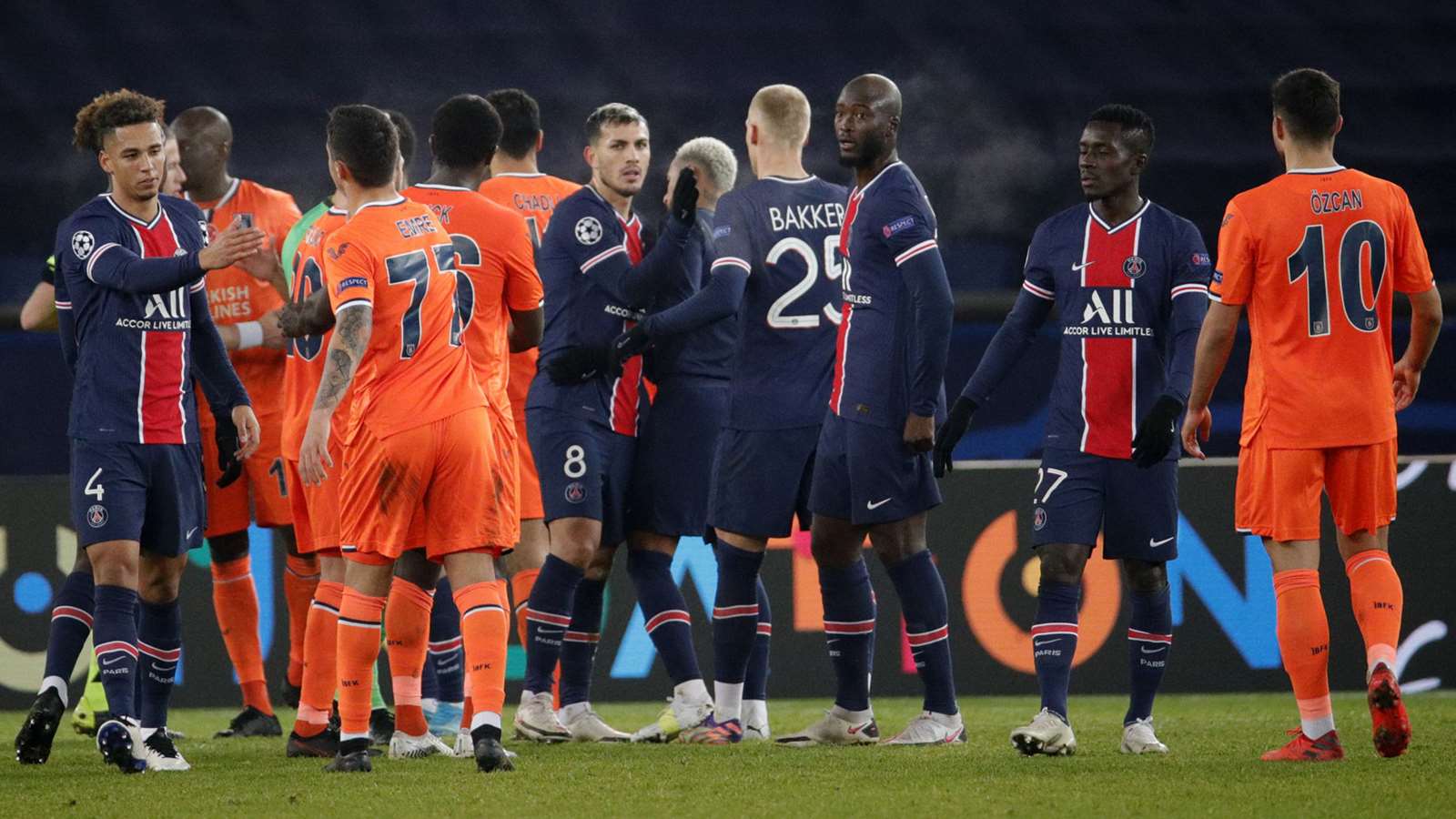 Thomas Tuchel (Paris Saint-Germain manager)
“Yes it was a bit weird, for sure. After the situation yesterday it was important to react like that, the guys were brilliant on and off the ball. It was a really great performance and we managed to win the group. It wasn’t easy at all and everyone knows that there was a tough period after the third game in the group. There were many reasons but we needed to change a lot of things and grow as a team. I’m really proud that we were able to do that.”

Mitchel Bakker (Paris Saint-Germain defender)
“Yes, it was a strange match and a strange campaign. We started with a loss but then we quickly started playing our football and playing better and better. Today was the best football we’ve played. It was a strange match with this situation but we did our best to show that racism is not allowed in football. I think we are all proud of that.”

Danilo Pereira (Paris Saint-Germain midfielder)
“Tuesday was strange, I think everybody saw what happened on TV and there was a situation. Today we continued the game, we played well and we controlled the whole game. It was an important three points and we’re first in the group I think. It was a good game for us.”