The Parisians put on a show in the north

Paris Saint-Germain won once again by a big scoreline during the 3rd match day of Ligue 1, this time against Lille (7-1). 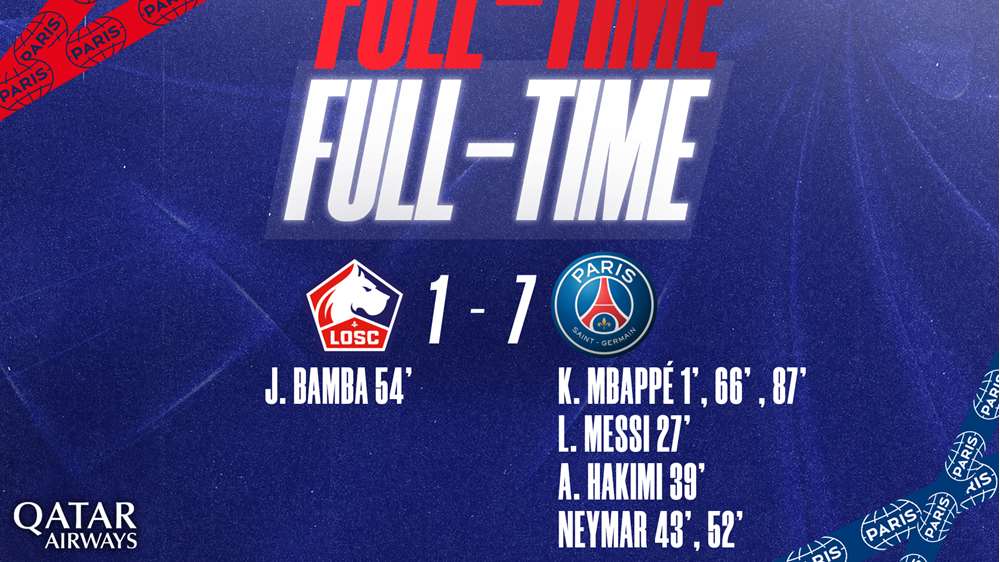 After an exceptional start to the season, Paris Saint-Germain were up against one of the big boys in the league. For this trip to Lille, in a stadium that he knows inside out, Christophe Galtier went for the 3-4-1-2 formation with the attacking trio of Messi - Neymar Jr - Mbappé. 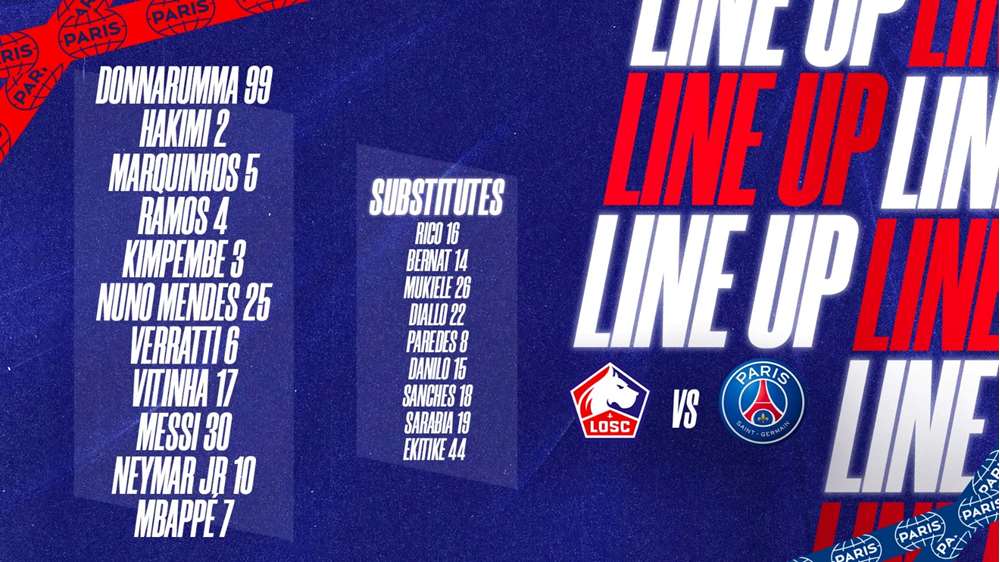 If you were expecting a great spectacle from this match, let's hope you didn't arrive late to this Sunday evening meeting! After just a few seconds of play - eight to be exact (!) - the scoring was opened by a superb Kylian Mbappé, who was sent free after a fantastic combination to score with a pinpoint lob (0-1, 1'). A record-breaking goal to get the game rolling. 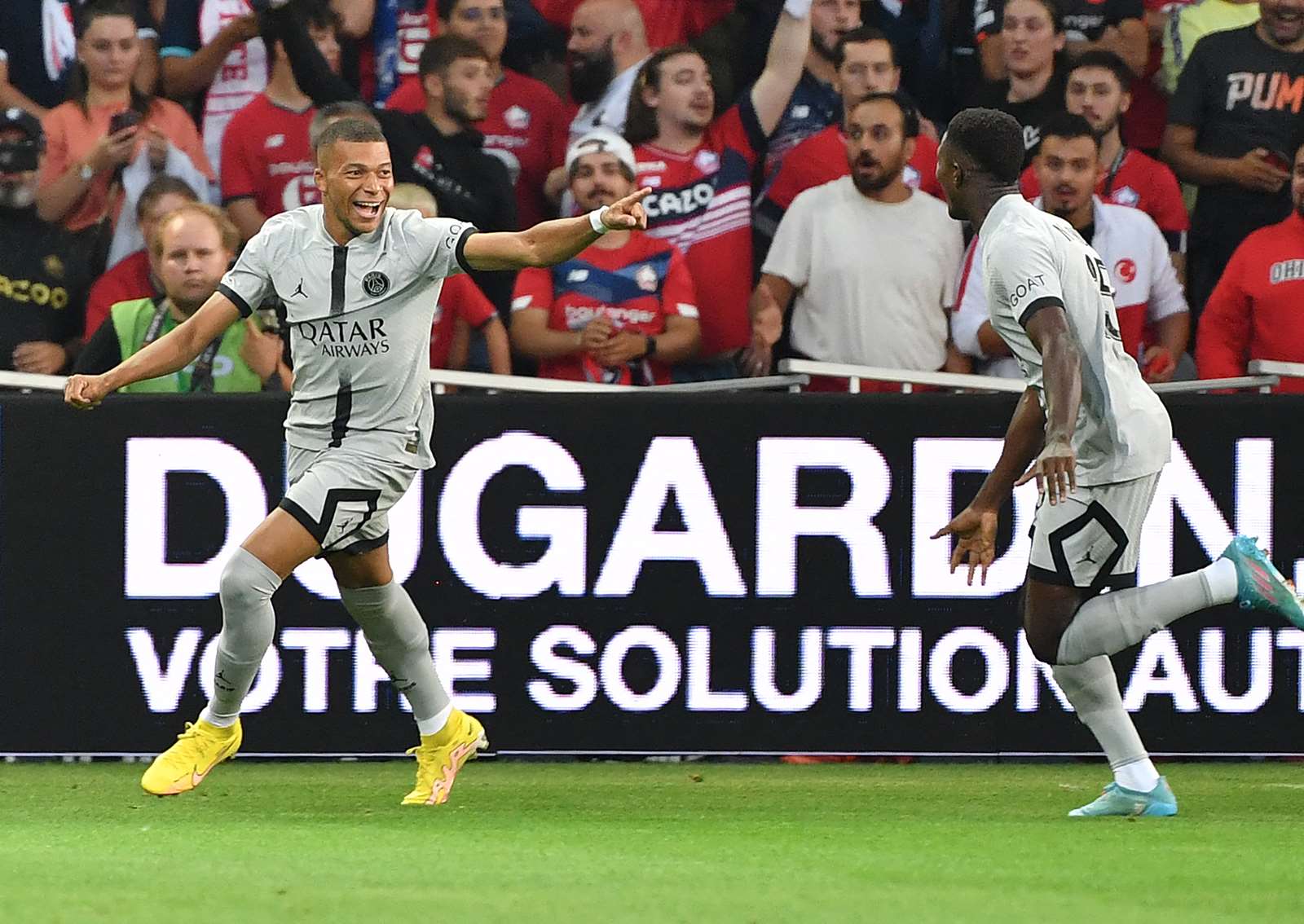 And if you weren't on time, there was still plenty to enjoy, as the performance was only just getting started! With the match pitching two ambitious sides against each other, it was the Parisians who managed to contain the Dogues on the one side ... And overwhelm them on the other.

It's hard to keep track of some of the chances as the attacks were coming thick and fast, with some impressive team moves from the attacking trio (17', 22', 25'). It was Leo Messi who scored the inevitable second. The Argentinian's left-footed finish from Nuno Mendes's cross doubled the lead (0-2, 27'). There was then a splendid combination for the third goal, where it was Achraf Hakimi, put through by Neymar Jr, who finished at the near post (0-3, 39'). 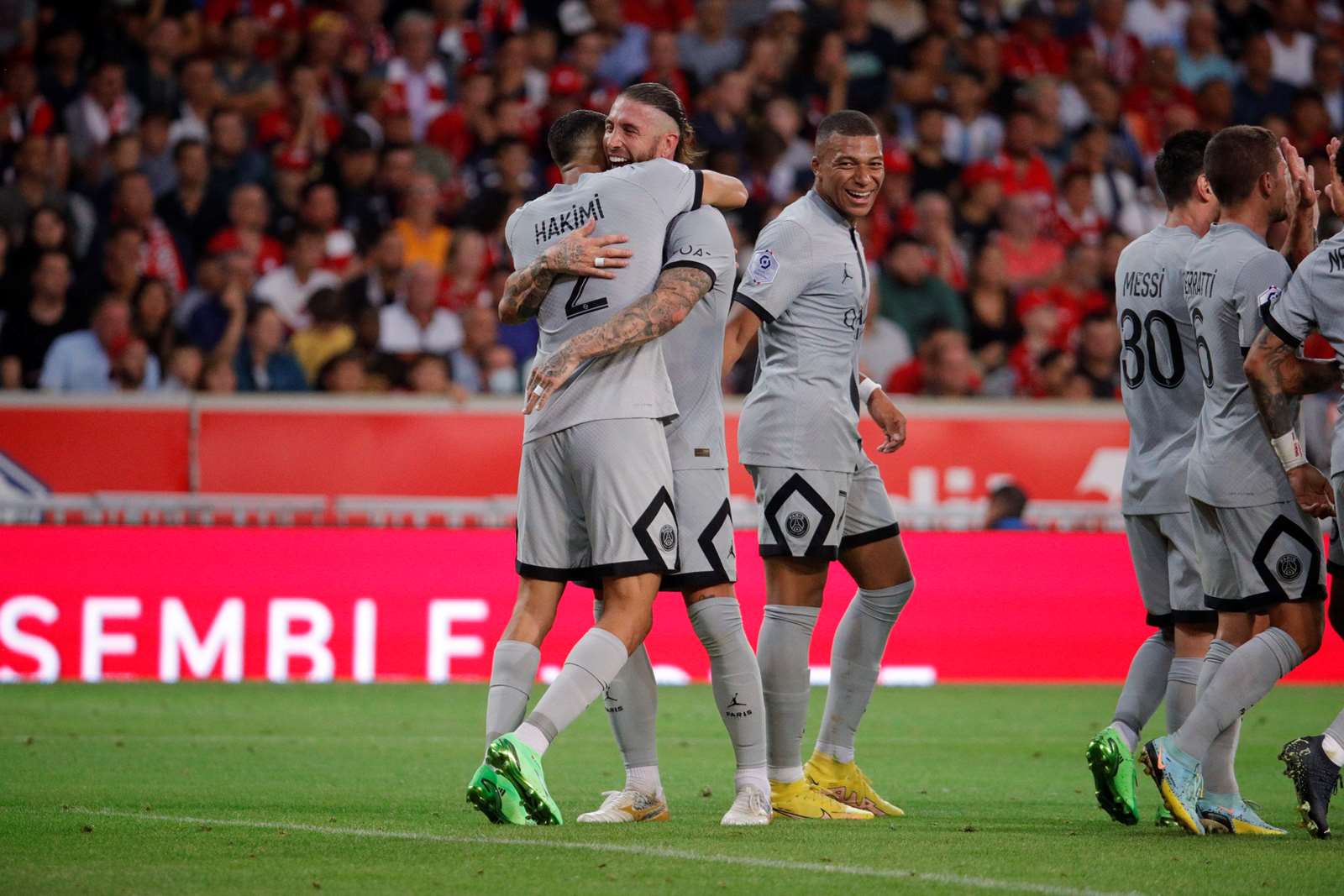 And the show was not over. The Brazilian playmaker put on his goalscoring suit straight after to score Paris' fourth goal with a clinical effort (0-4, 44').

Despite the healthy advantage going into the second half, the Parisians did not slow down, neither with their efforts nor their attempts to add to the score. If you were very, very late to the party, there were still some treats left to enjoy. The virtuoso displays of Kylian Mbappé and Neymar Jr continued. Thanks to a brilliant feint from the world champion, the Brazilian n°10 scored the 5th goal for his team (0-5, 52'). 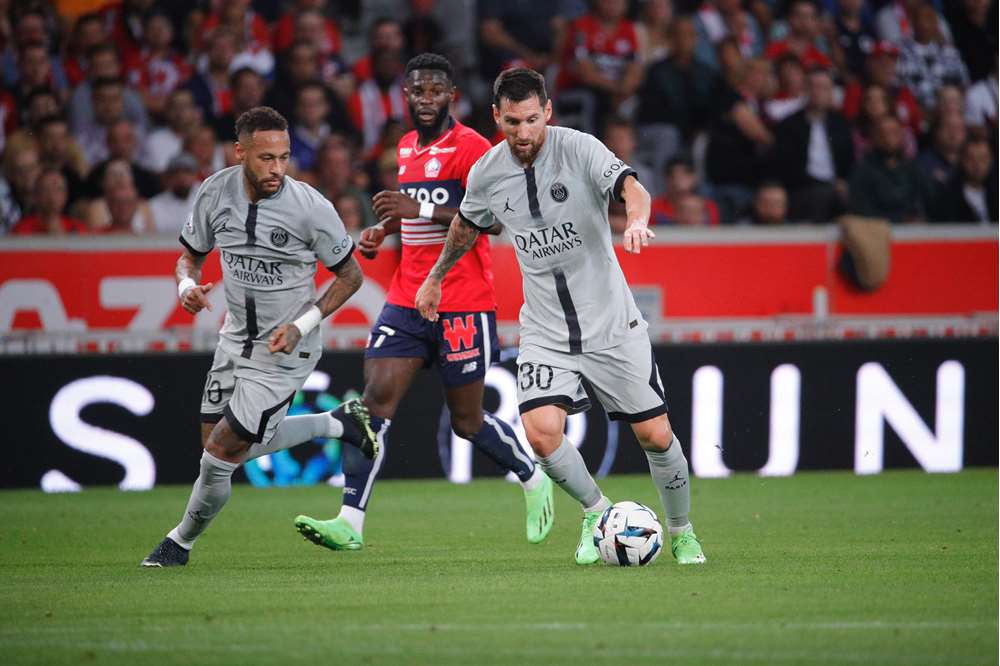 It should be noted that our opponents were not willing to give up, as shown by the reduction of the lead by Bamba (1-5, 54'). But this Sunday evening, our Parisians were truly irresistible, from the starter to the dessert. They confirmed this again with a delightful team move, where Neymar Jr and Kylian Mbappé combined spectacularly for an explosive finish from the n°7 (1-6, 67'). 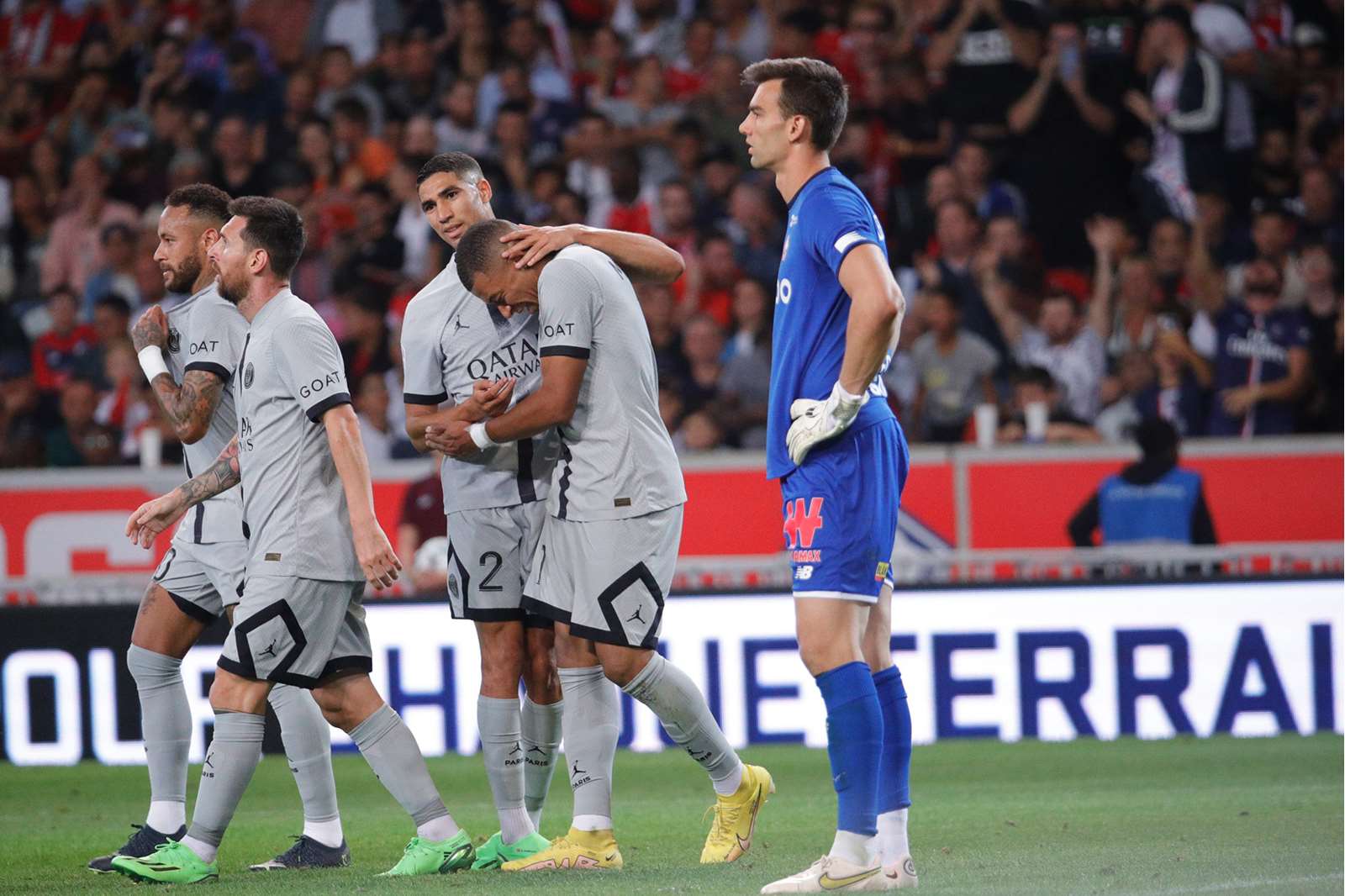 While Christophe Galtier made changes, allowing Renato Sanches, Paredes, Mukiele and Bernat to contribute to the team's performance, the Parisians controlled the final half hour, and even managed to add the cherry on top with Kylian Mbappé completing his hat-trick after another assist from Neymar Jr (1-7, 87').

Our Parisians were definitely very hungry, and it was a real feast this Sunday evening at the Stade Pierre-Mauroy. With an average of 5 goals scored per game, Paris is definitely setting the tone at the beginning of the season.

This is Paris: Episode 4