The Parisians never gave up against the Verts!

Paris Saint-Germain were victorious against AS Saint-Etienne (3-2), this Sunday in matchday 33 of Ligue 1. Take a look back at the victory! 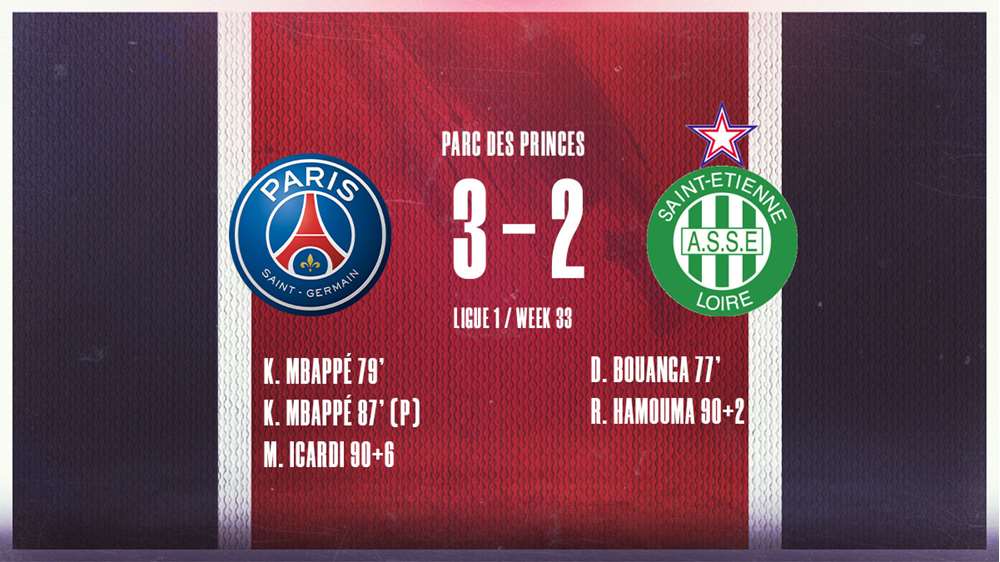 Carry on the good vibes and put pressure on the leaders were the keys for the Parisians this Sunday for the Verts' visit. Without numerous starters Mauricio Pochettino played with a changed eleven with an attacking trio Sarabia-Mbappé-Kean. 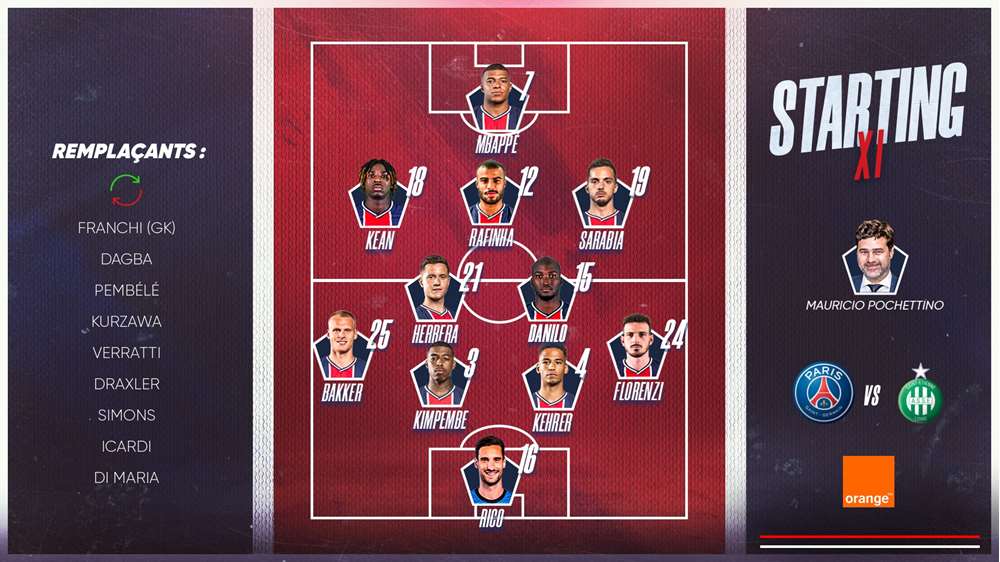 Every game is different. This one opposed two teams with very different runs of form. Five days after the epic battle against Bayern Munich the Parisians had a very different tactical game against the Verts. Unsurprisingly they quickly tried to grab hold of the game and put the Saint-Etienne defence under pressure. A fantastic Pablo Sarabia free kick hit Green's post (29') and Rafinha's effort was then turned away by the Verts keeper (35'). Kylian Mbappé went on some dangerous runs and three attempts in a first half in which he was a constant menace in behind. 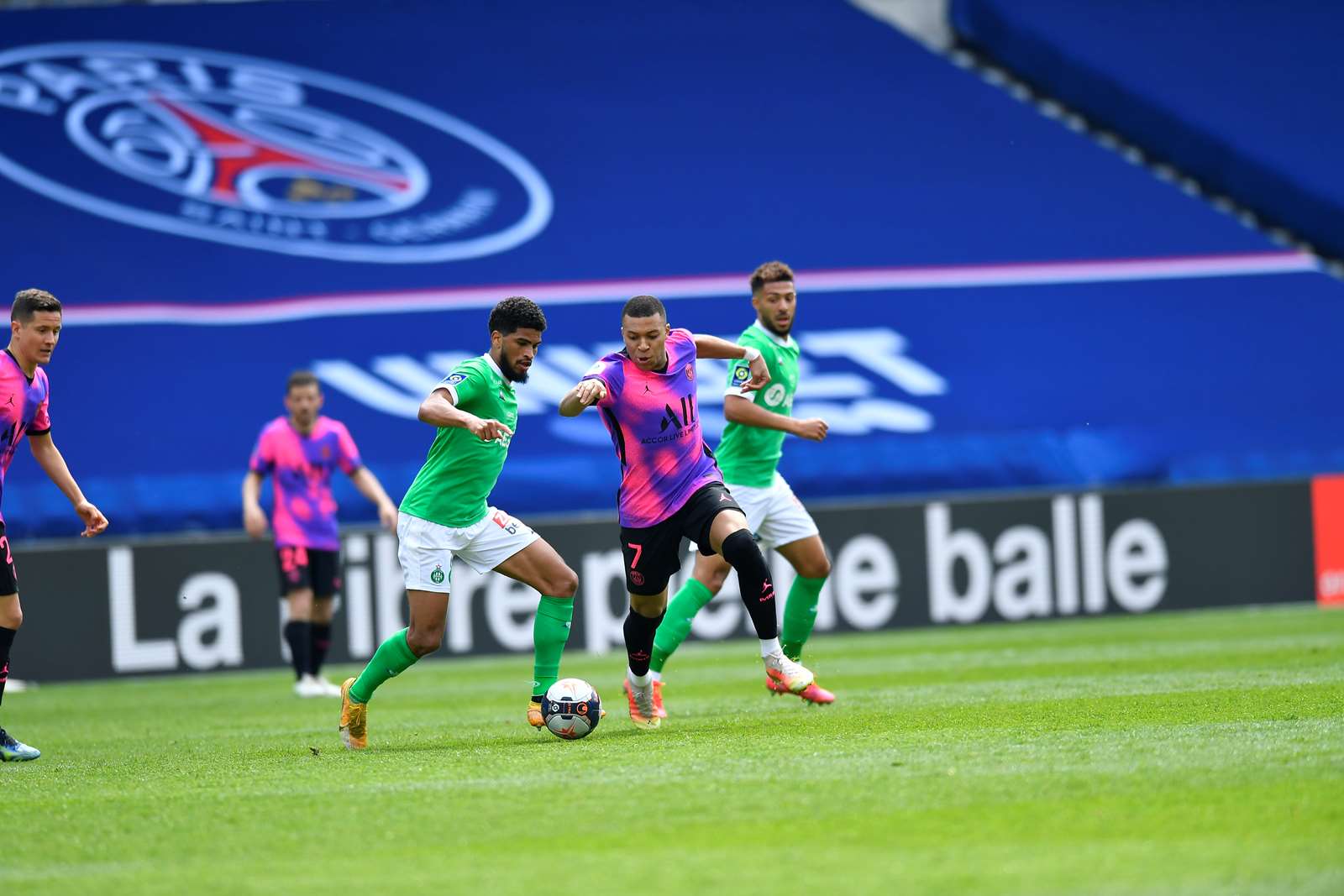 But at the other end of the pitch the Parisian defence had to be solid to not be countered as shown by Hamouma (17', 23') and Wahbi Khazri (26', 33'), who were dangerous. After the break Paris Saint-Germain upped the tempo to make Claude Puel's men crack but the latter did well to close the spaces down. 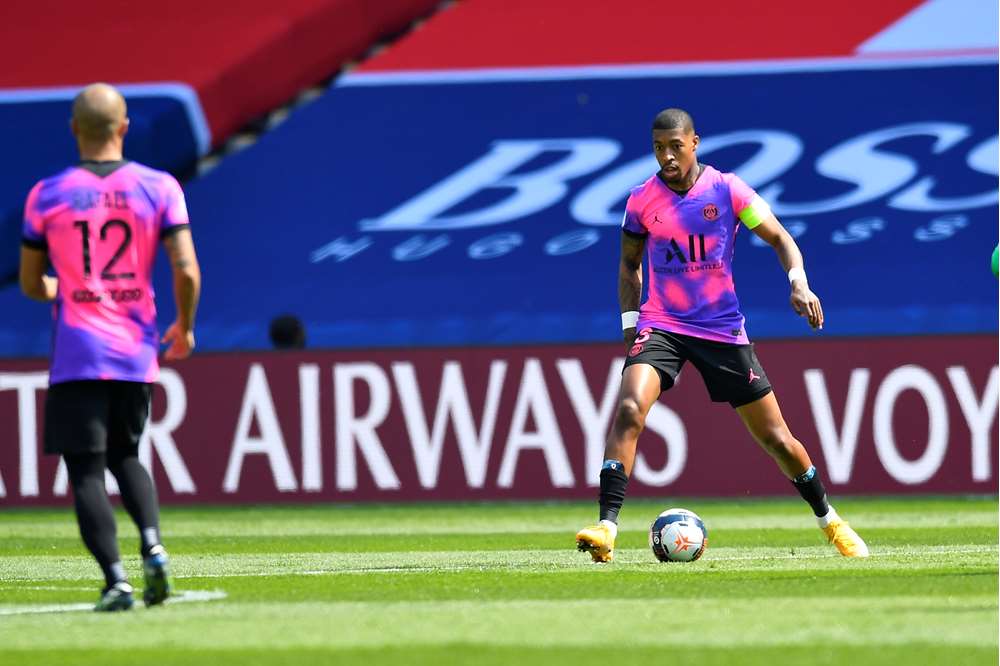 To unsettle the visitors Mauricio Pochettino then decided to send on Angel Di Maria, Mauro Icardi and Marco Verratti onto the pitch. The game then livened up with the Stéphanois opening the score against the run of play through Denis Bouanga (77'), before Kylian Mbappé hit back just a minute later after being played in behind by Ander Herrera (79').

And the Bondy-born prodigy didn't stop there! He then went on to win a penalty after a one on one with Green, that he tucked away confidently! (2-1, 87'). Despite that goal our Parisians weren't finished with the drama. After Hamouma's equaliser (2-2, 90+2') our Rouge et Bleu didn't give up and found the energy to grab a crucial victory in the dying moments of added time thanks to a Mauro Icardi header! (3-2, 90+5') An incredible effort that crowned off an intense encounter. 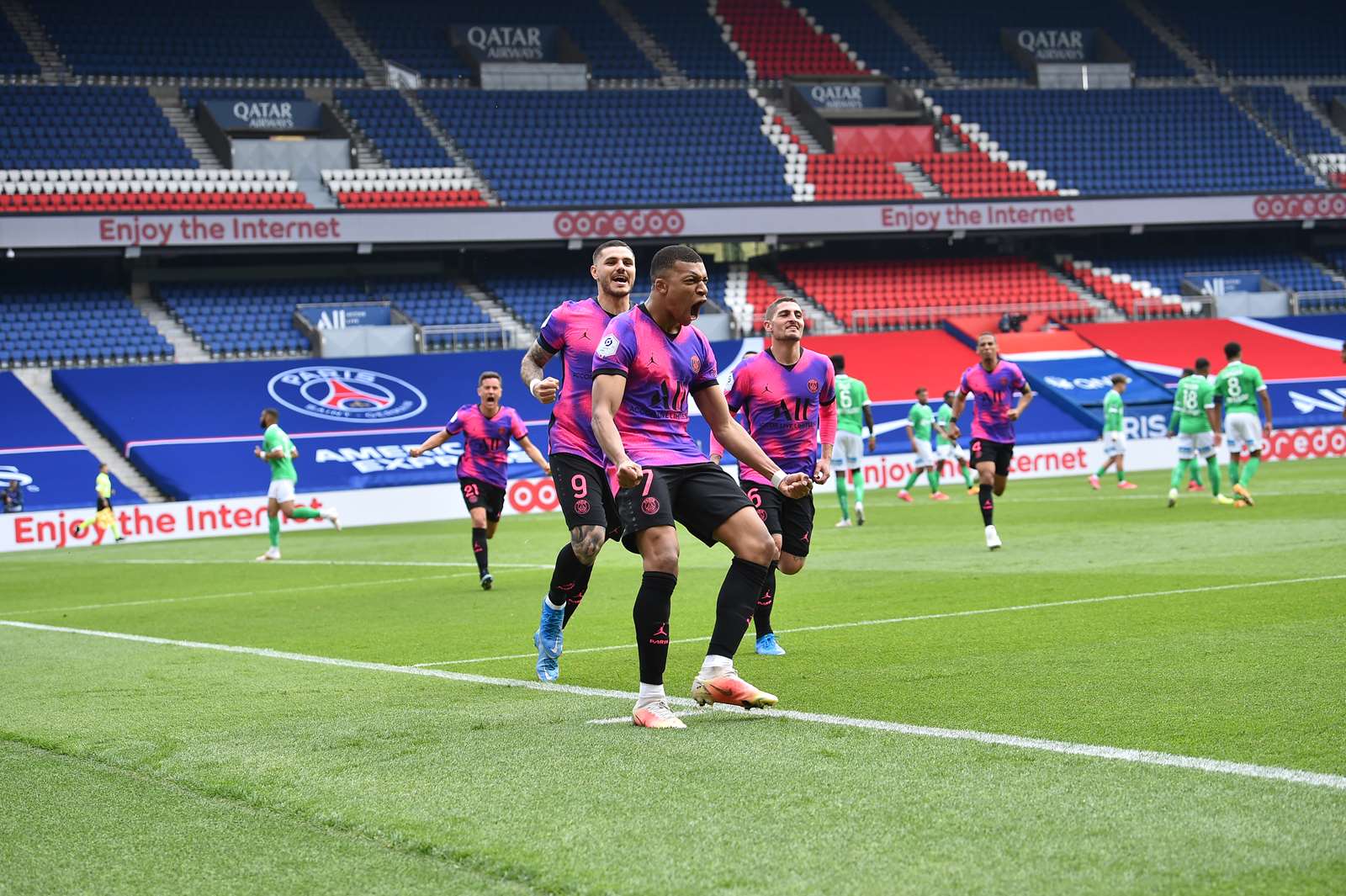 With this victory at the death, the Parisians were back to winning ways with a home victory to close the gap to leaders Lille to one point. An excellent win to end an exciting win before some very important upcoming games in all competitions! 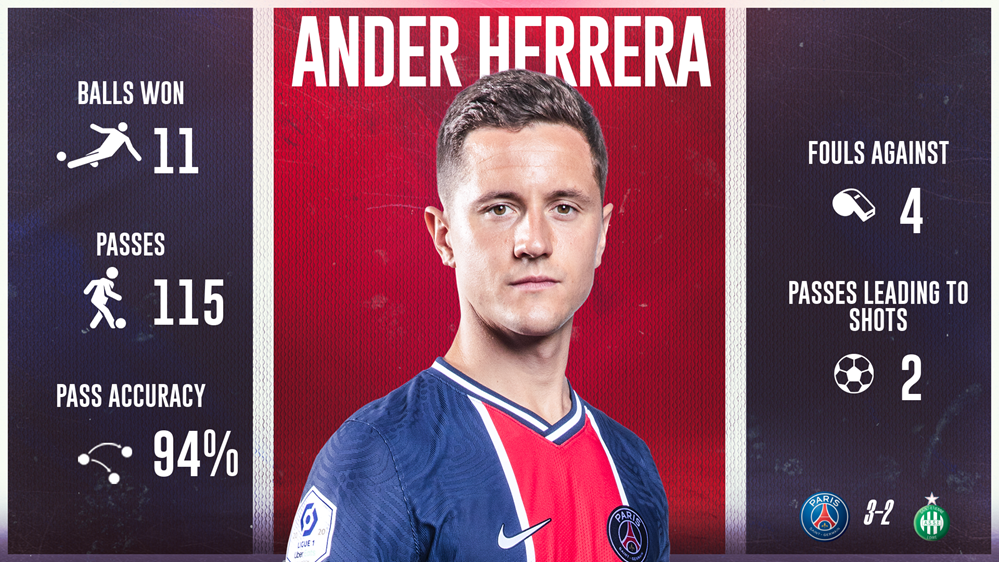 Inside: A dramatic win against Saint-Etienne
First Team 19 April 2021

Inside: A dramatic win against Saint-Etienne