Seventh heaven in the north

Paris Saint-Germain stormed into the Coupe de France Last 16 with a 7-0 win over Pays de Cassel on Monday.

This one was set up to be a Coupe de France fairytale with Paris heading north to face amateur opponents at Lens' Stade Felix Bollaert. Coach Christophe Galtier was clearly determined there would be no happy ending for the minnows, however, as he named a strong starting XI with Neymar Jr, Hugo Ekitike and captain Kylian Mbappé across the front line. 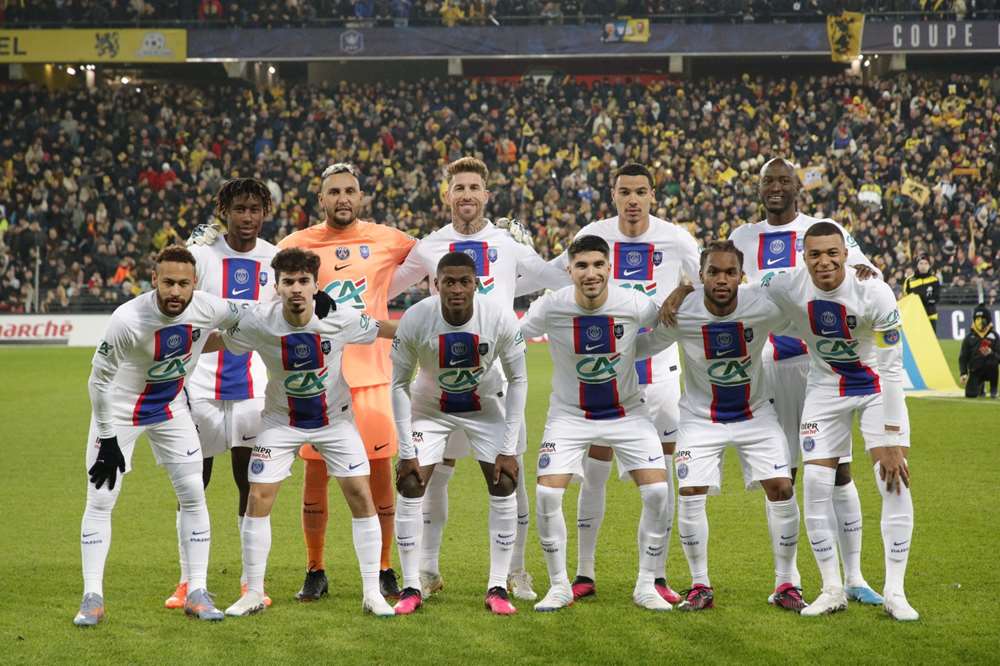 The Rouge-et-Bleu naturally took possession of the ball, but their opponents set out to defend resolutely, and did so, but the Parisians pressed forward incessantly. 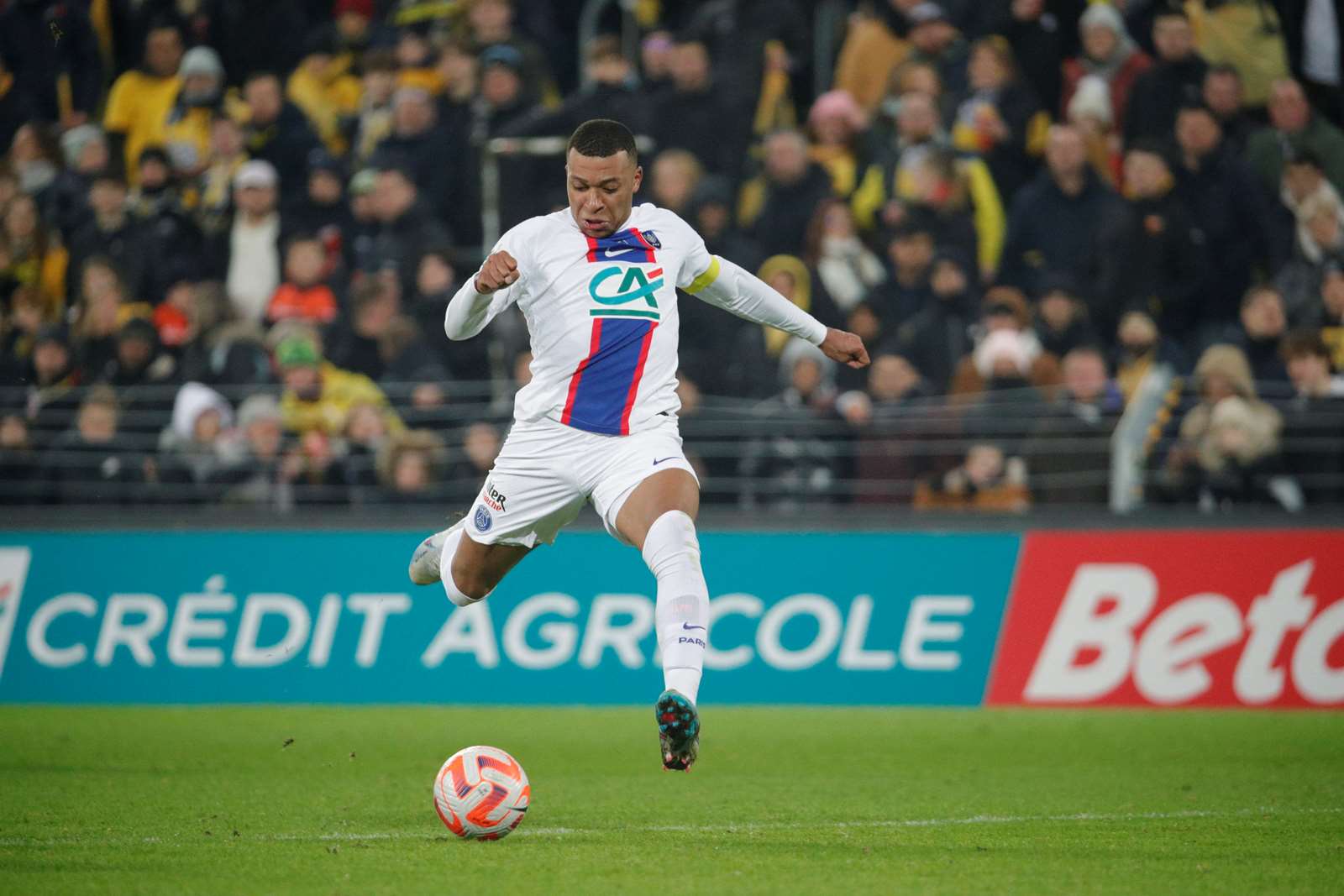 And who better than the captain to get them on the right track? Following Nuno Mendes' lightning burst forward down the left, Mbappé sent an acrobatic effort into the net (0-1, 30'). That opened the floodgates with Kylian then teeing up Neymar Jr (0-2, 33') before adding the third himself with a lob (0-3, 35'). He latched onto a Vitinha pass to wrap up a hat-trick before the break (0-4, 42'). 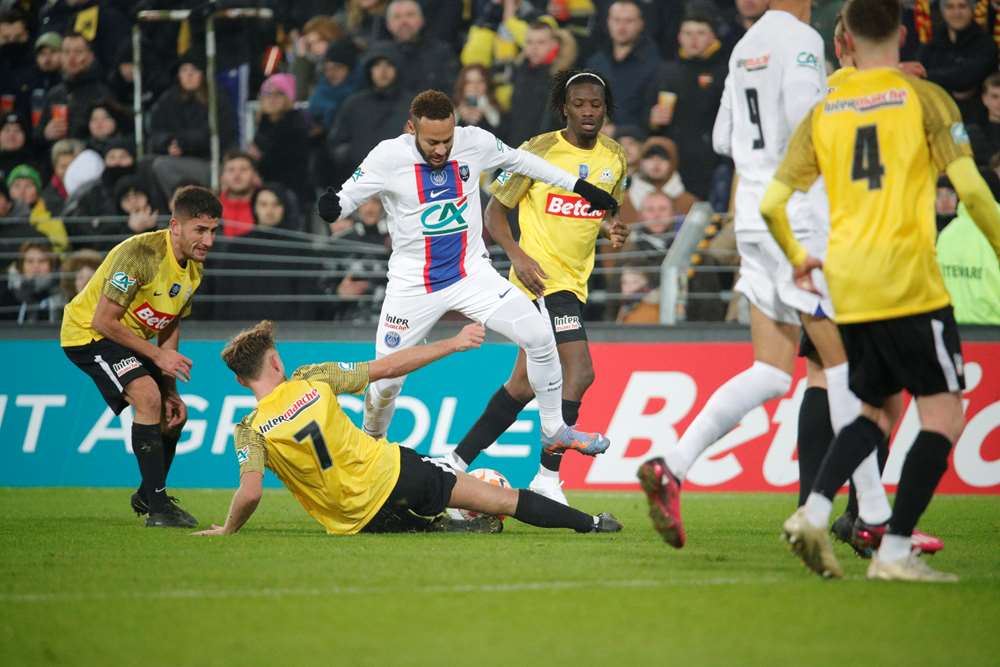 Despite their handsome advantage, the Parisians continued to go forward, and Mbappé soon completed his quadruple (0-5, 55'). Carlos Soler backheeled home after Neymar Jr's wonderful pass (0-6, 63') before Mbappé grabbed his fifth and the team's seventh (0-7, 79'). 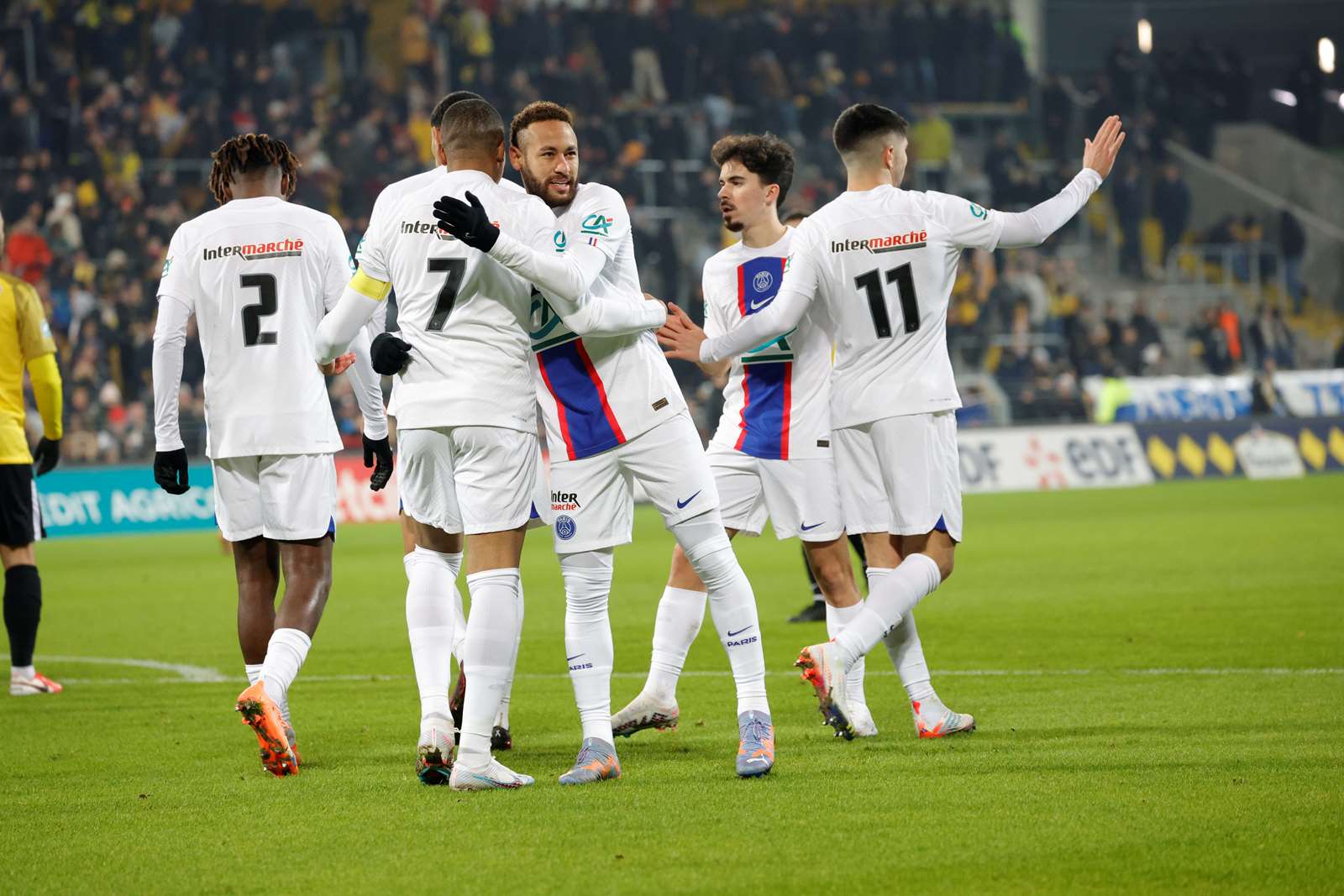 The Parisians coasted through and now face rivals Marseille in the Last 16.