Paris Saint-Germain and the Euros: a roller coaster ride of emotions!

With UEFA Euro 2020 kicking off tonight, and featuring six Paris Saint-Germain players vying for ultimate glory on 11 July, PSG.fr takes a look back at the often tumultuous relationship between the European championships and Les Rouge et Bleu...

The Rouge et Bleu have achieved some exceptional performances in Euro including the first two victorious players from the capital club in 1984.

Midfielder Luis Fernandez (5 matches, 1 goal) and striker Dominique Rocheteau (2 matches) won the final at the Parc des Princes against Spain (2-0, 27 June 1984), while Parisian number ten Safet Susic was quickly eliminated after three defeats for the Yugoslavian team. Luis Fernandez, one of the pillars of the French team for the past 18 months, played an active role in Les Bleus' success: "It's a great source of personal pride! It has given me more maturity, more confidence in myself."

There were no Parisians at the 1988 edition and only one Paris Saint-Germain player four years later at the finals in Sweden: Christian Perez, who left for AS Monaco after the tournament. With 8 consecutive victories in the qualifiers, the French team coached by Michel Platini had great ambitions, but it only made the fall all the harder when they were eliminated after two draws against Sweden (1-1, June 10) and England (0-0, June 14), then lost to Denmark (1-2, June 17), who went on to win the Euro.

The 1996 edition marked the return of the Parisians, with five players in the France team: goalkeeper Bernard Lama (5 matches), defender Alain Roche (3 matches), Vincent Guérin (5 matches) and Youri Djorkaeff (5 matches, 1 goal, before joining Inter Milan) in the midfield, not forgetting Patrice Loko at the point of the attack (5 matches, 1 goal). Les Bleus had a good run until they were eliminated in the semi-final against the Czech Republic after a penalty shoot-out (0-0, 5-6 on penalties). It was a bitter defeat for Bernard Lama: "It's disappointing to have missed the final, we fell just short. Mentally, we already had the attitude of the being in the final." 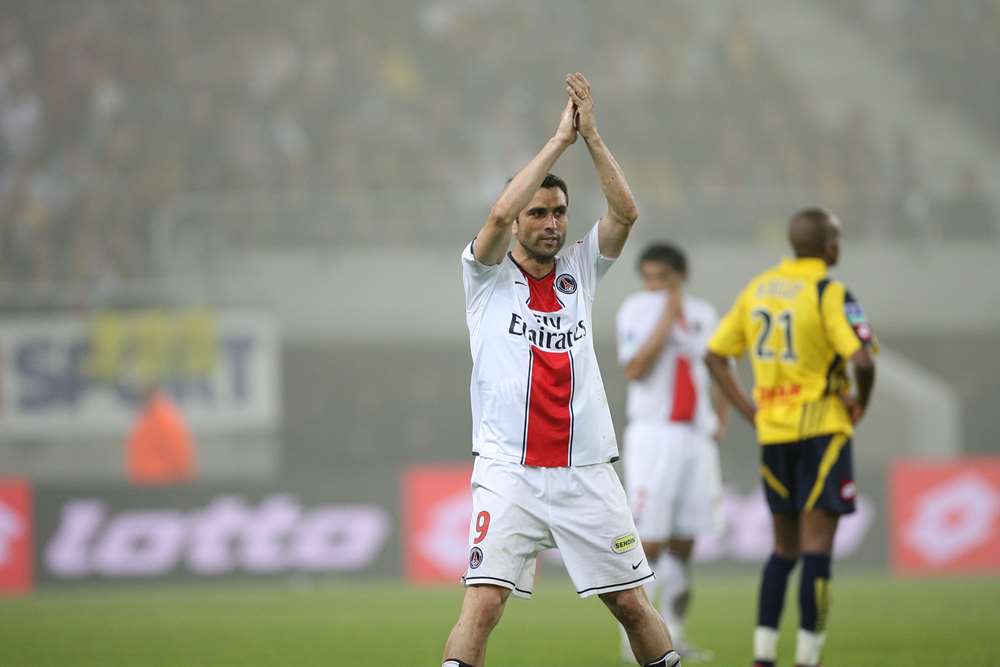 In 2000, during co-hosted Euro in the Netherlands and Belgium - won by Les Bleus, Bernard Lama (1 match) was the understudy to Fabien Barthez. He only played the one match against the Netherlands.

Four years later, no Parisians was present in the France team at Euro 2004. The only hope for the Rouge et Bleu was Pedro Miguel Pauleta. The Portugal striker was dreaming of a first title for Portugal, who were playing at home. But the national team's top scorer (47 goals) did not score a single goal in 5 matches, as the hosts lost the final to Greece (0-1, 4 June 2004). "It's not normal for me not to score for five matches, but football doesn't always have an explanation..." said the Eagle of Acores.

In 2012, after an edition without a Parisian player, Thiago Motta and Salvatore Sirigu for Italy, as well as Blaise Matuidi and Jérémy Menez with the French team took part in the competition.

Blaise Matuidi, called up at the last minute, injured his thigh just before the start of the Euro, and remained on the bench. Jérémy Menez (3 matches, 1 goal) was one of the rare bright lights of the French team with a goal against Ukraine in the group match (victory 2-0, June 15, 2012) and he remained in the starting line-up until the elimination in the quarter-finals against Spain, who finished champions. 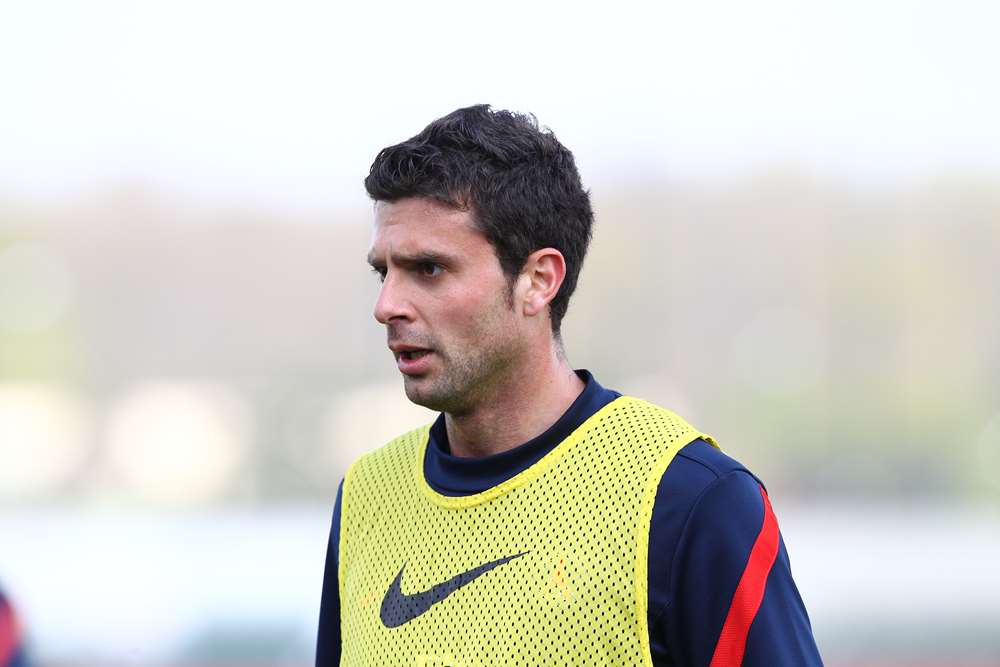 Euro 2012 was Thiago Motta's first major international tournament with Italy (5 matches, 0 goals). Unfortunately, in the final, the midfielder was injured a few minutes after coming on and had to leave his teammates a man down. Italy lost 4-0 to the world champions Spain.

The 2016 edition in France confirmed the return of the Parisians to the Euro, with four Rouge et Bleu players: Blaise Matuidi (France), Salvatore Sirigu and Thiago Motta (Italy) and Zlatan Ibrahimovic (Sweden). The Swedish giant had a difficult tournament, with no goals in 3 matches, one draw and two defeats with Sweden.

Thiago Motta, with the number 10 on his back, was playing in his last major tournament with Italy. Often a substitute in the first four matches for the Nazionale, he was suspended for the quarter-final loss to Germany (1-1, 5-6 on pens., 2 July 2016). Salvatore Sirigu did not feature. 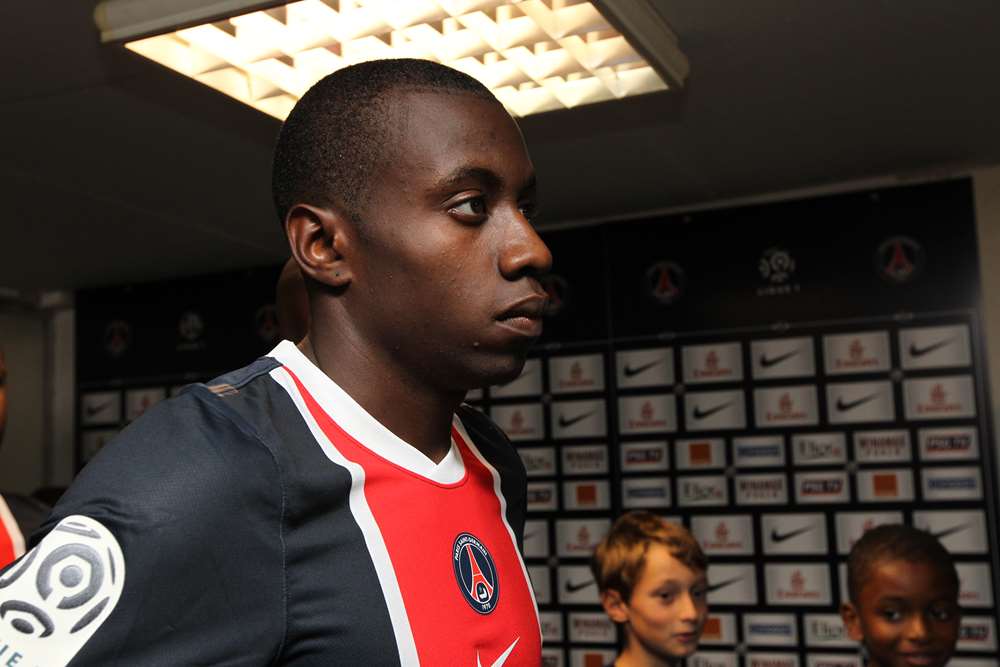 The good news of this Euro was Blaise Matuidi, first-choice with Les Bleus (7 matches, 1 assist) and only defeated in the final by Portugal (0-1, a.e.t. on 10 July 2016). The Paris midfielder was very disappointed and broke down in tears after such a cruel defeat: "When you lose a final in this way, you can only have regrets. But we managed to bring the French people together, gave them joy and happiness and we can be proud of that."

For the 2020 edition - played in 2021 - the 6 Parisians (Alessandro Florenzi and Marco Verratti with Italy, Pablo Sarabia with Spain, Danilo Pereira with Portugal and Presnel Kimpembe and Kylian Mbappé in the tricolore jersey) will be looking to add their names to the exclusive list of Luis Fernandez, Dominique Rocheteau and Bernard Lama, the victorious trio in the history of the Rouge et Bleu.