Paris did their part of the deal in Brest...

On Sunday, Paris Saint-Germain fulfilled their side of the contract taking all three points from Brest on Matchday 38 and the final round of Ligue 1 matches. A look back at the last game of the season.

Focused on their ambition, Les Parisiens travelled to the Stade Francis Le Blé with one mission to accomplish. The stakes were clear: 90 minutes to win, to believe, and to bank on Lille, who only had a one point lead, faltering at the final hurdle.

Against a Brest side that was nearly obliged to win in order to maintain their top-flight status, Mauricio Pochettino and his side knew that they weren't in for an easy ride in Brittany. And it was in those exact conditions that Les Parisiens got the game going... 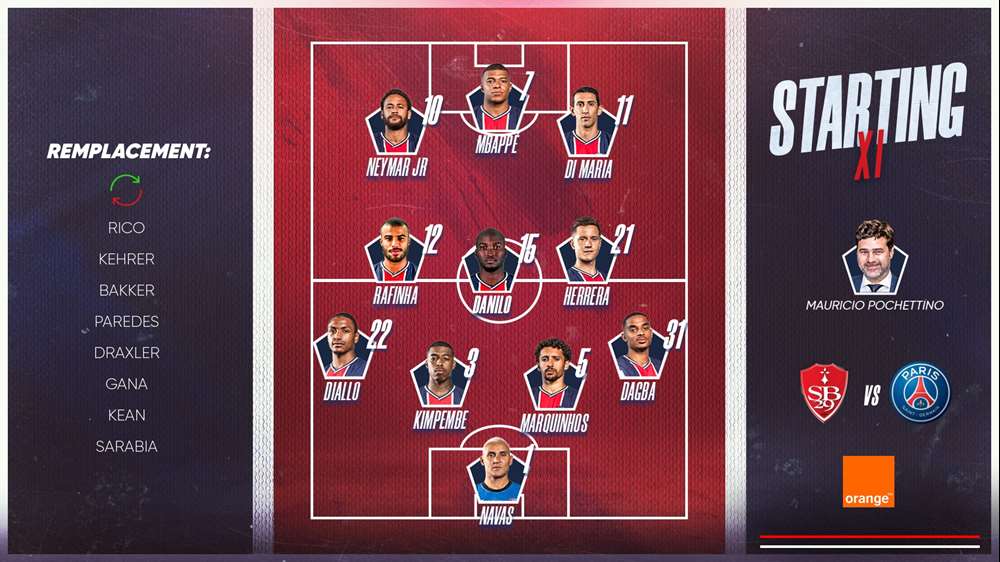 Led by the newly crowned Player of the Season, Kylian Mbappé, Les Parisiens dominated possession from the very get go, looking to take full advantage of every ball that made it into Larsonneur's box. With the right tone set, it was Angel Di Maria who first broke into the home side's area and was brought down by the Brest defence to win a penalty. Although Neymar Jr's effort missed the target (18'), our Rouge et Bleu quickly got their heads back in the game to push forward once more. And after his first dazzling effort, the Argentine was back in the headlines once more, when he scored directly from a deflected corner (1-0, 37'). 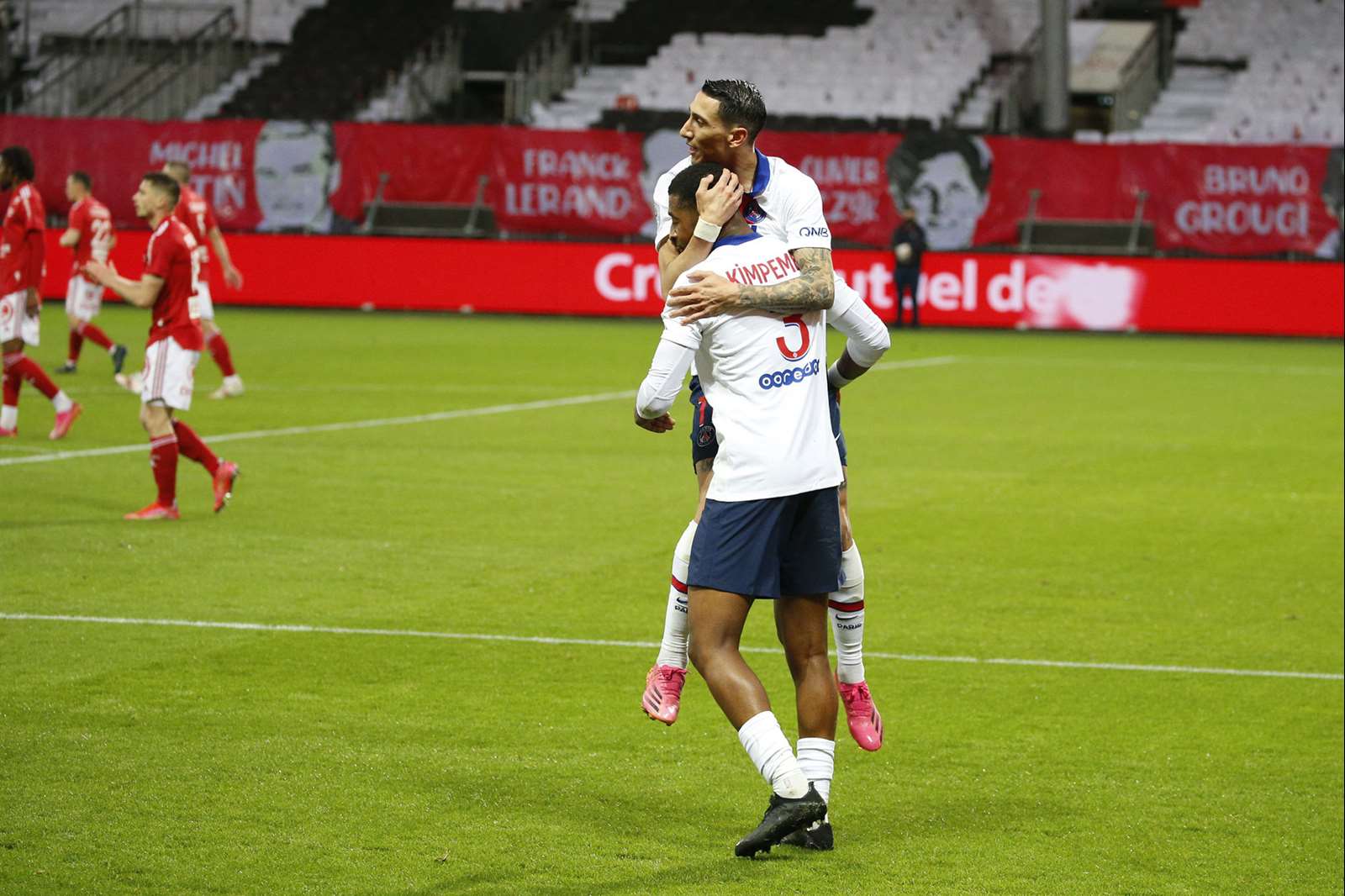 Forced to react, a very combattive Brest side, tried to put the Paris defence under pressure on the counter-attack, but the club from the capital weren't going to open the floodgates! At half-time, our men were sticking to their side of the deal... But unfortunately, 300km away, at Angers, Les Lillois were also leading at the break (0-2).

Stunned by the news but far from being demotivated, the men from the capital continued to look to find the back of the net after the break, against an extremely organised Brest side. They tried to destabilise their hosts from set-pieces: but Di Maria's free-kick brushed past the post (58') and Danilo's header minutes later (61') just couldn't quite put the game to bed. As so often this season - which has seen him crowned Best Goalkeeper of the Year - Keylor Navas also kept his side in the lead, pushing away several efforts from close-range for Charbonnier and Faivre. 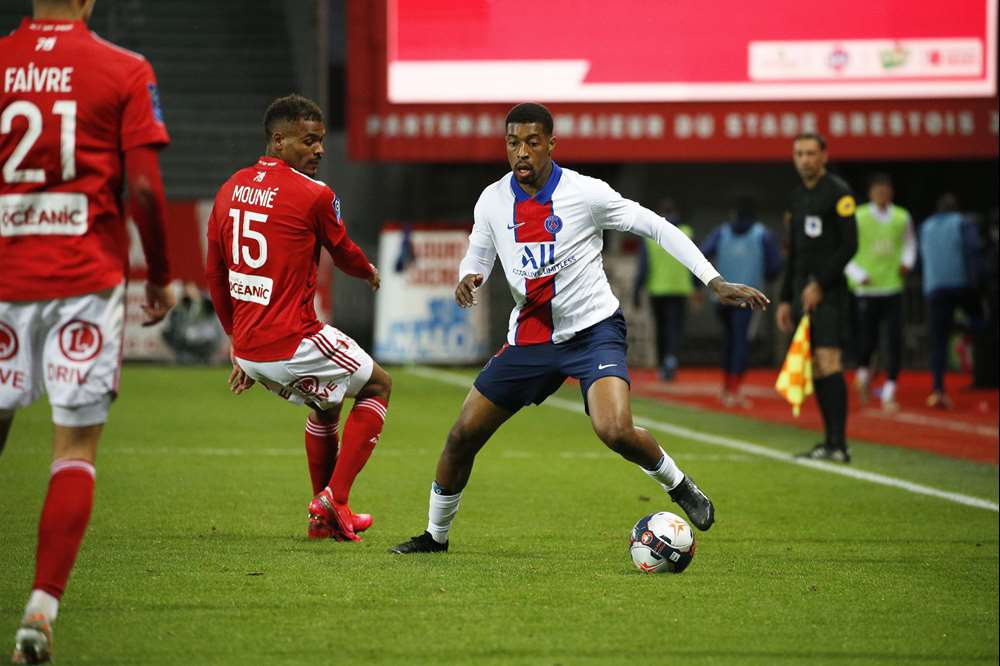 Professional until the very end, our Rouge et Bleu finally managed to get a second. And who else but Kylian Mbappé to double the lead from a lightning run? Played in deep, the top scorer and Player of the Year from Ligue 1 concluded at the second time of asking to make it 27 goals in Ligue 1 this season (0-2, 71').

You have understood it, although the victory wasn't enough to knock Lille off their top spot, it did go to prove the tenacity of our Parisians at the end of a palpitating season, marked by its ups and downs, emotions across the continent, and crowned by two domestic trophies. Paris Saint-Germain will already turn to the next chapters in the club's history with their ambition intact...