Paris Saint-Germain were victorious against Augsburg this Wednesday, in a friendly at the Stade de la Source (2-1). Take a look at how it went down!

Mauricio Pochettino started with five academy players in this summer pre-season's third friendly against the German side Augsburg. And Idrissa Gueye once more wore the captain's armband, to lead the Rouge et Bleu to victory. For the occasion, the Parisians were playing in their white, pink and black 2021-2022 away shirt for the first time.

Markus Weinzierl's team came with the firm intention of upsetting the players from the capital. In fact, the first big chance went to the Germans. Niederlechner fired towards goal from 20 metres out, but Keylor Navas did well to keep it out (17'). 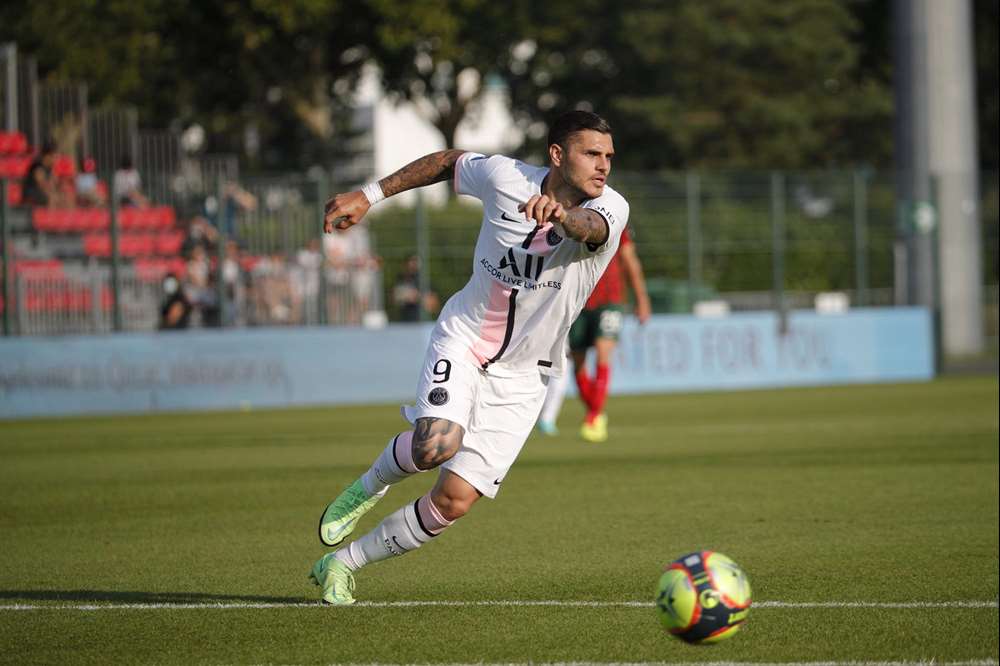 In the Parisian ranks, the youngster Ismaël Gharbi, who scored and set up in the first two pre-season matches, was once more very active. A right-footed shot forced Gikiewicz to punch the ball away (29'), and a left-footed attempt (34') and even a header (39'), however, he couldn't open the scoring. It was Julian Draxler who finally provided the breakthrough! After a beautiful combination between Kalimuendo and Ebimbe, the latter perfectly fed the German, who hammered past the goalkeeper (1-0, 62'). 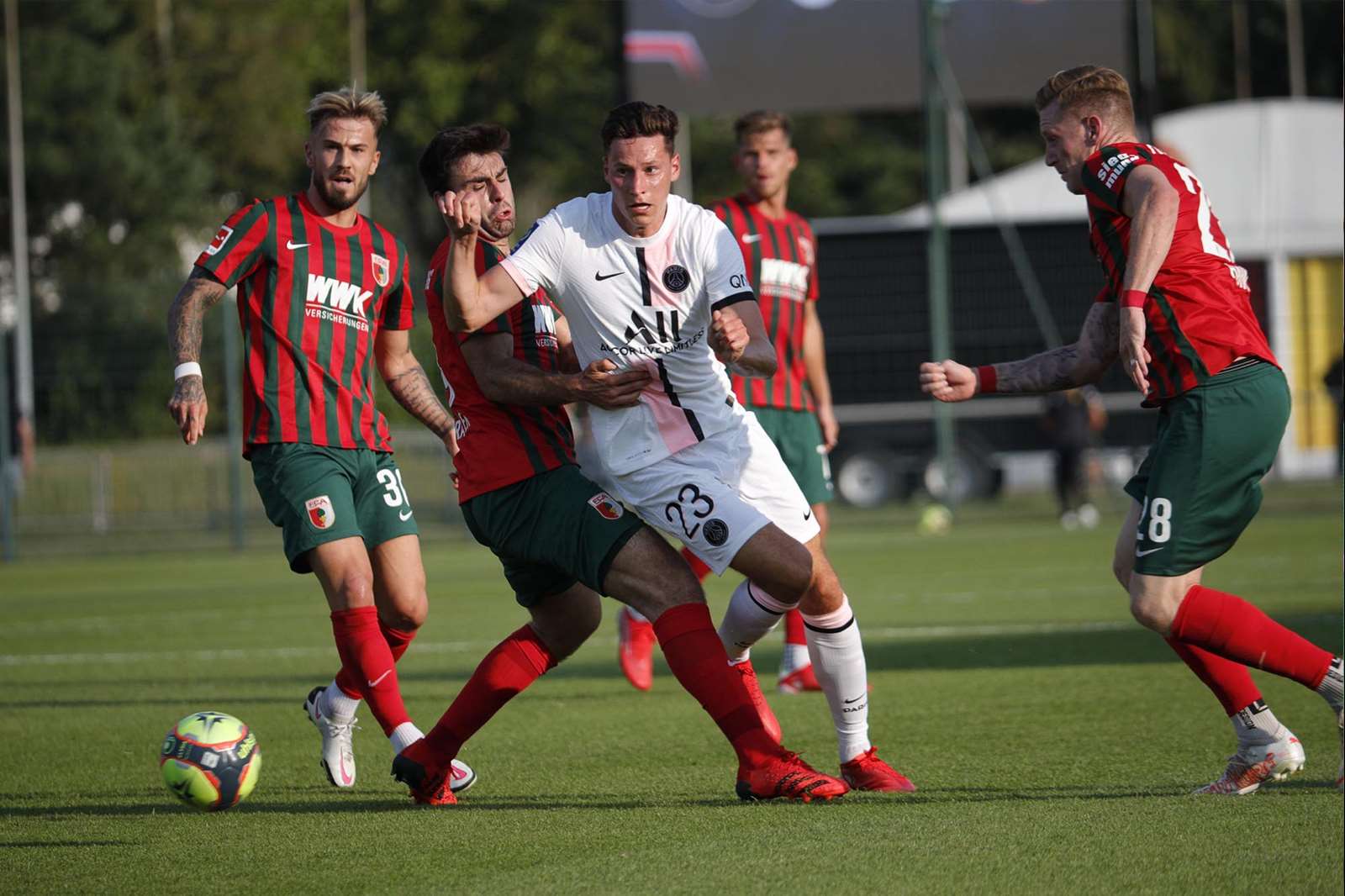 The Augsburg players answered four minutes later, with Niederlechner scoring from a corner (1-1, 66'). In the end after a number of dangerous situations, a few decisive saves from Keylor Navas (74', 80', 90') and a Bavarian attempt that hit the post (89'), it was not until the very last moments of the game that Paris won the match, Jeffrey Gouweleeuw scoring an own goal (2-1, 91').

In this scorching heat, Mauricio Pochettino's men have now ended their third warm-up match still undefeated. The fourth game, on Saturday, is once more Orleans, this time against the Italian side Genoa (19:00). 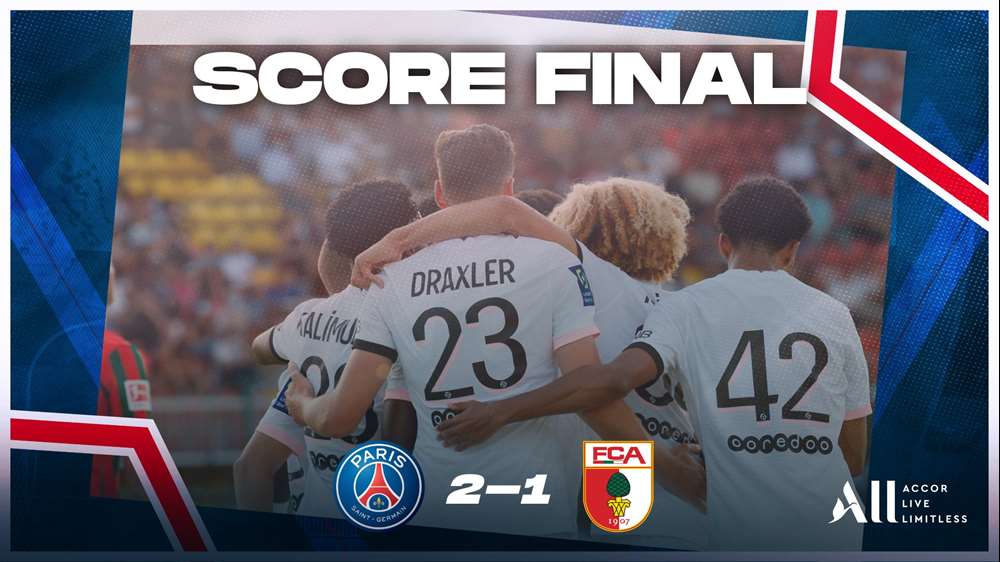