Nuno Mendes: 'It's important that all of the players get game time'

Discover Les Parisiens' reactions after their victory at Nantes on Saturday evening on Matchday 6 of Ligue 1 (0-3).

"It was very important, with the build-up of matches, this second away match of the week. Winning of course is essential. Our competition won so we always need to be there, it was obviously a match in the lead-up to the Champions League, which will take place in three days, so it was important to remain serious and not allow our opposition much hope. We were able to score quite quickly and then the fact that we were playing with 11 against 10 obviously became a huge advantage. Then scoring the second goal quite quickly also allowed the match to drop in intensity and risk. That allowed me to coach in the way that I wanted to.

"The rotation? Aside from the injury to Vitinha who took a heavy knock to the kneecap, in terms of what I wanted to do, after the first change, I was able to do what I wanted and what was planned, so on the whole it's good."

"Yes, we played a good match. We started well, managing to score the first goal and then the second goal and at 2-0, the team controlled the game until the end. It's what we wanted to do and we did it well. My goal? I am happy to have scored my first goal for the club, but the most important thing is to have helped the team and I hope to be able to help even more in the coming matches. The rotation? Yes, it's very important because we are going to have a lot of matches in a short space of time. It's important that everybody rests and that all of the players get game time." 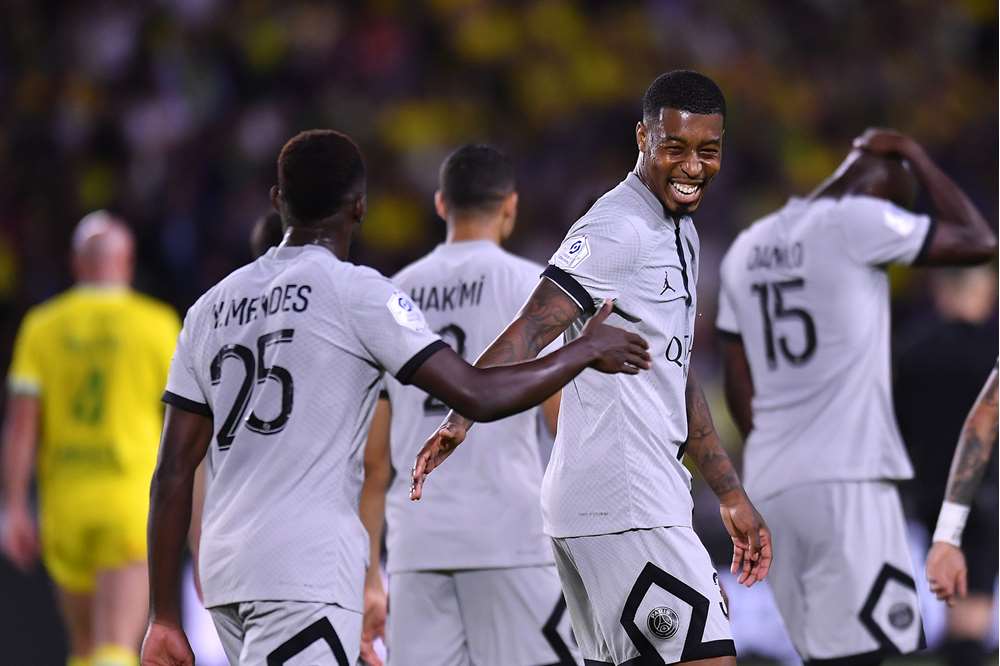 Inside: At the heart of the victory over Nantes
First Team 5 September 2022

Inside: At the heart of the victory over Nantes