Marqui, the guardian of the temple

The Brazilian played his 300th competitive game in the Rouge-et-Bleu shirt in the Trophée des Champions win over Marseille and lifted his first trophy as Paris Saint-Germain captain.

300 matches at 26 years old after six-and-a-half years at Paris Saint-Germain following his arrival in July 2013. In that time he's not only earned himself a place in the PSG pantheon, but also become a world-class reference in his position. 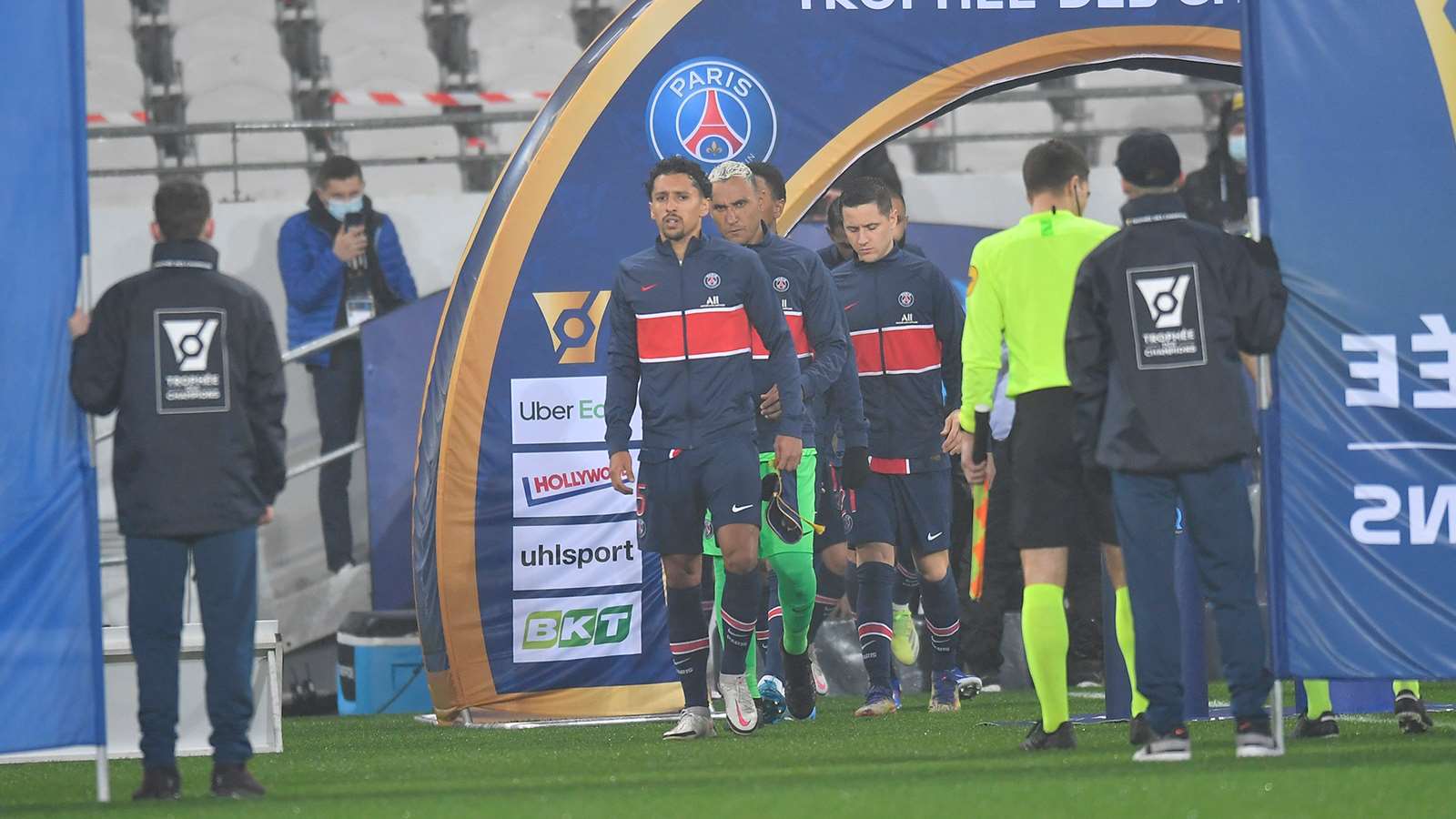 A RECORD TO BEAT?

Against Marseille, he moved into the Top 10 of the club's all-time appearance makers. He's just one appearance behind former teammate Edinson Cavani, and it's not hard to imagine he might even overhaul the current number one, Jean-Marc Pilorget (435). 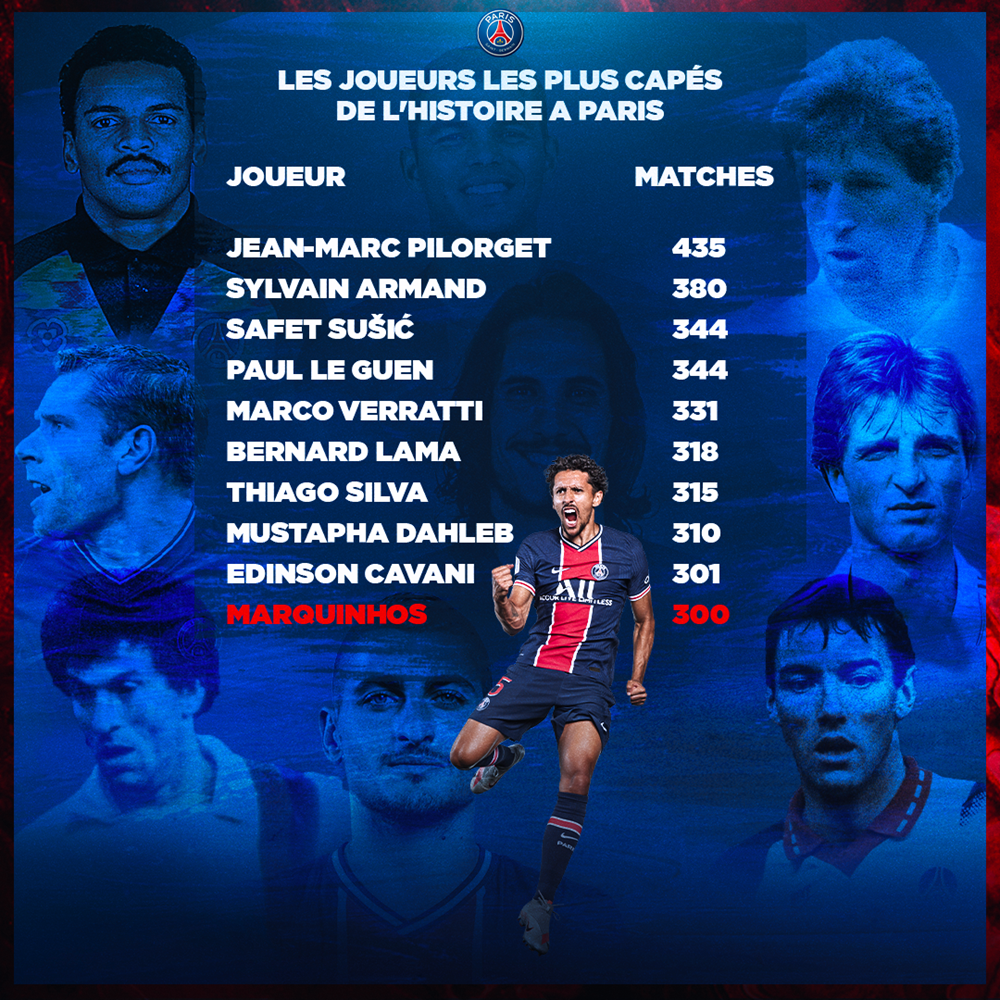 IN LOVE WITH THE CLUB

Versatile, able to play in defensive midfield as well as central defence, Marquinhos is also an asset in the opposition penalty area. He's the joint-leading goalscoring defender since his arrival in France with 15 strikes along with Loïc Perrin and  Layvin Kurzawa. On the European scene, only Sergio Ramos and Gerard Piqué have found the net more (9) than the Parisian captain (7) since 2013. One of his goals coming in last season's Champions League semi-final against Leipzig in Lisbon... 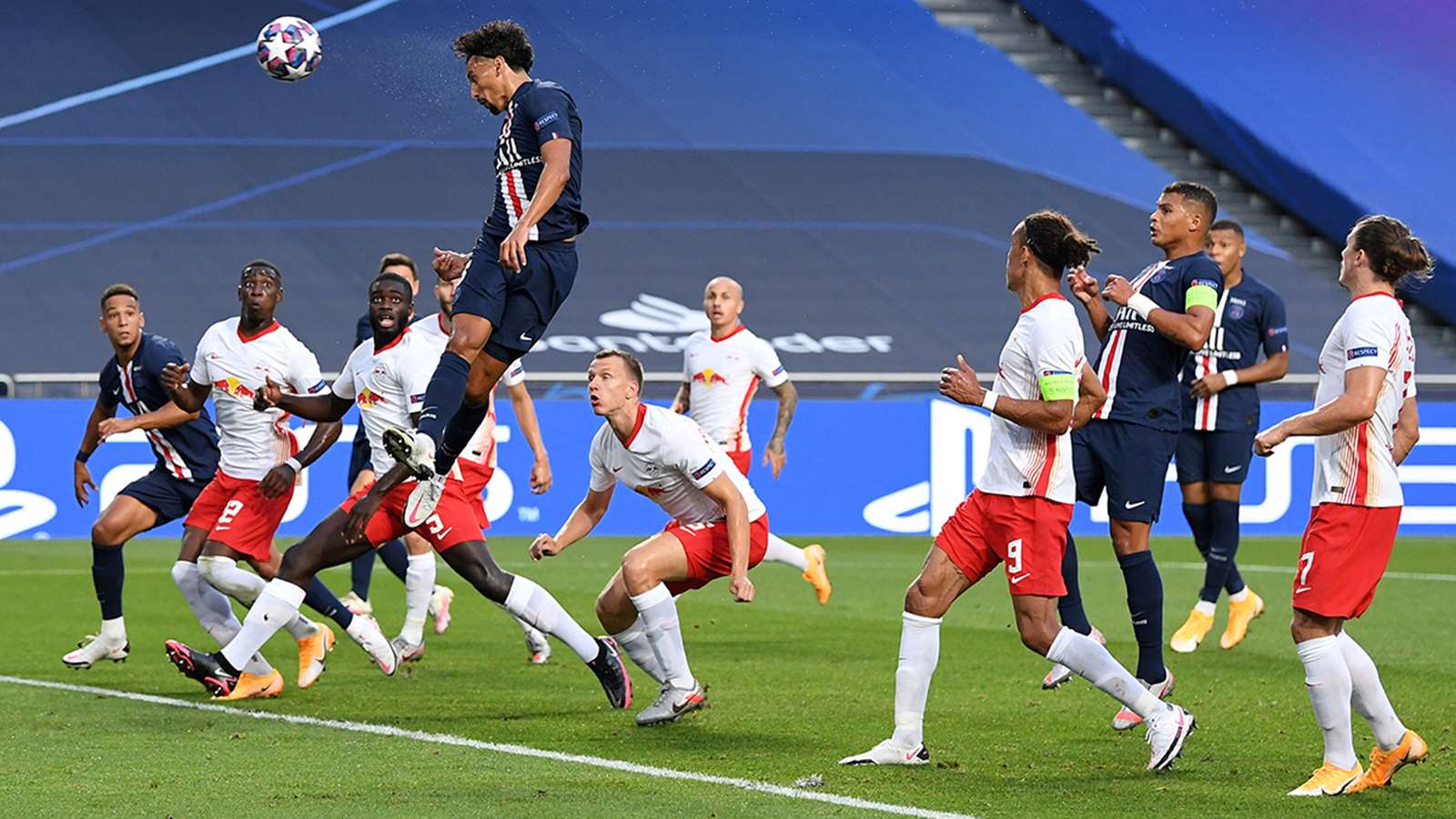 "I remember his arrival,"  Marco Verratti told us recently. "He was still very young. He's an exemplary captain, he loves the club and you can see that every day. It's important to have those sorts of players in your squad. He's getting better and better on the pitch. He always plays well."

A unifying force on and off the pitch, Marquinhos has long had a place in the heart of the fans. And he only wants to take Paris Saint-Germain ever higher. For that, Marqui, we say 300 thank yous.