After a hard fought battle, Paris Saint-Germain booked their ticket for the semi final against Bayern Munich (0-1). Here's a look back at the game! A week after an unforgettable first leg in Bavaria (2-3), Paris Saint-Germain were back in action against Bayern Munich at the Parc des Princes for the second leg, that would seal one of last season's finalists' place in the semi final. Without his captain Mauricio Pochettino named a similar team to the one from the first leg with just Leandro Paredes coming into midfield in place of Danilo, who was repositioned in defence to cover for Marquinhos' absence. 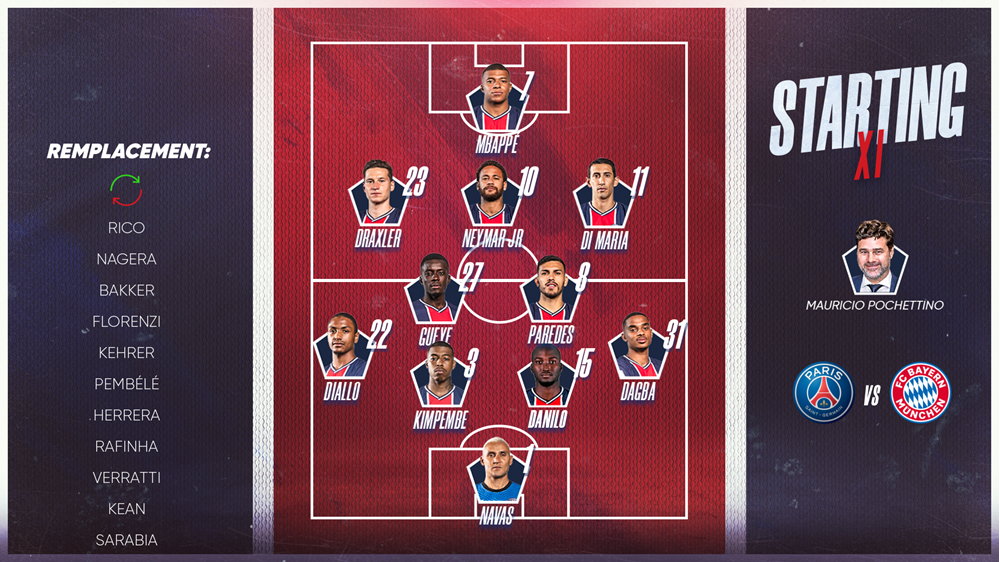 Once more both sides started off strong in this real battle of the titans! The first few minutes set the standard: technical ability, intensity in the duels and crazy determination in this tactical encounter. The Parisians showed themselves to be up for the fight. Whereas the defenders left their heart and soul on the pitch to close down the spaces, the strikers released the shackles at the other end. But luck wasn't on the Parisians' side this Tuesday night... Neymar Jr, with a superb piece of play first forced Manuel Neuer to turn the ball onto the post (34'), before the goalkeeper was saved by the bar from another moment of genius from the Brazilian (37'). But it was against the run of play after another Neymar Jr effort onto the post (39') and another save by Keylor Navas that the Bavarians opened the scoring through Eric Maxim Choupo-Moting (0-1, 40').

Needing to score again, the Bavarians had to move up a gear in the second half.  Our Rouge et Bleu were able to fight back though and show some intent of their own. With the sides going blow for blow, it was attack after attack at both ends causing the tension to increase. Some minutes seemed longer than others and in this incredible battle the final few minutes that brought the Rouge et Bleu to the final whistle felt never ending. 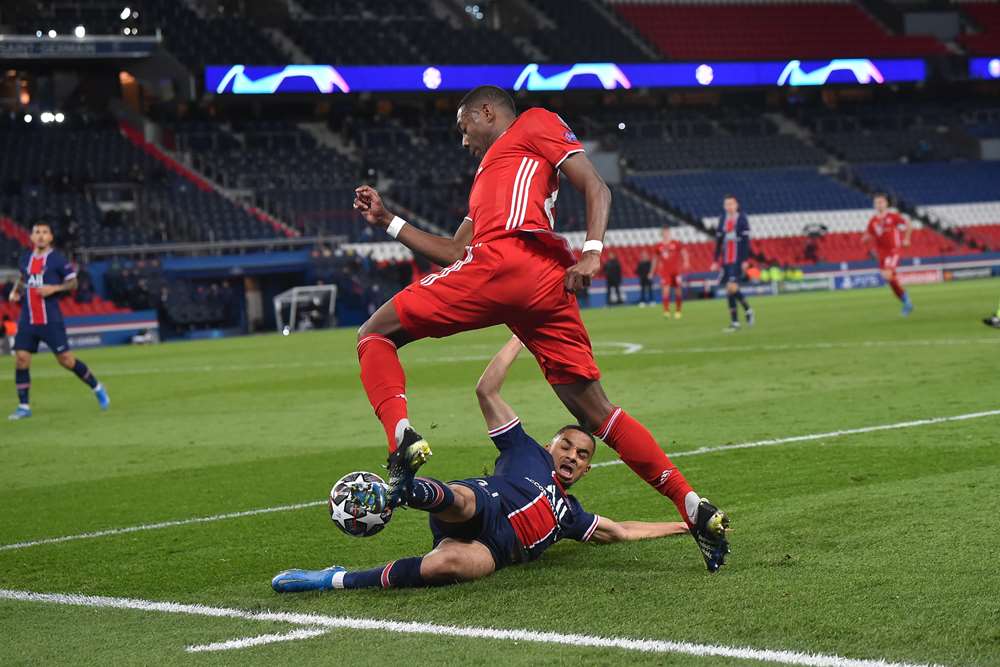 But the Rouge et Bleu never gave up! With great team spirit, sacrifices and great intelligence the Parisians gave it their all to stop the opponents' onslaughts until the end. A moment of great joy for all the Rouge et Bleu fans after two battles that will stay in our memories! After rewriting history against FC Barcelona, Paris Saint-Germain managed the massive achievement of knocking out the defending champions.