The young Parisian has distinguished himself by providing his first ever assist in the 1-1 draw with Olympique Lyonnais.

Paris Saint-Germain had to settle for a draw in Sunday's 1-1 draw with Lyon, but the game was marked by the audacity of the two Parisian players who came on to play the last 20 minutes: Xavi Simons, who replaced Leandro Paredes, and Edouard Michut, who took the place of Ander Herrera. 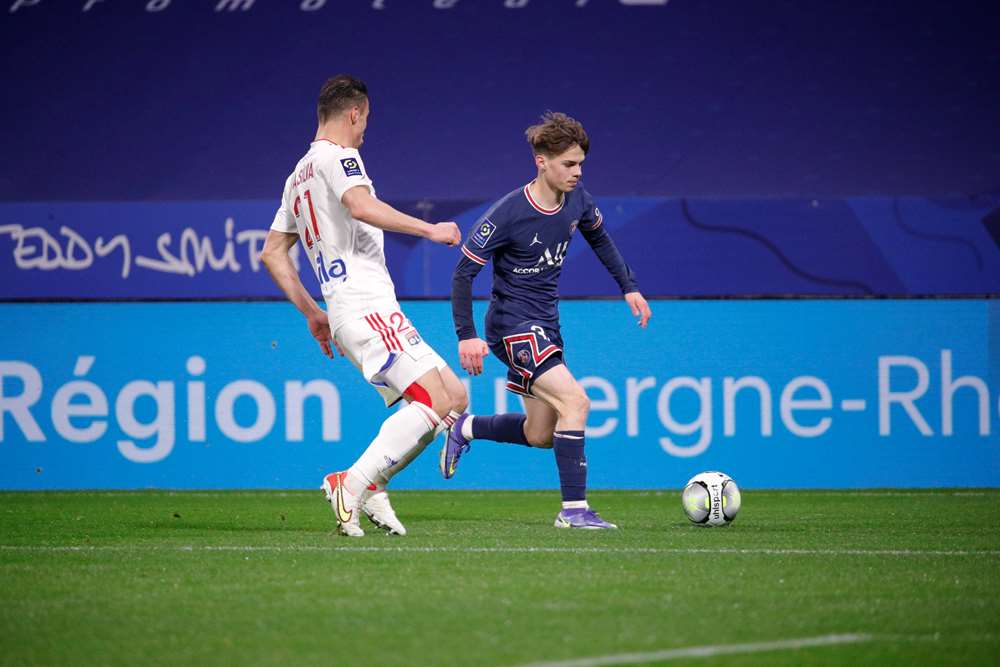 And the latter only needed 8 minutes to be decisive! Firstly, he sets up the exchange between Marco Verratti and Kylian Mbappé on the edge of Anthony Lopes' box, and it is again him who perfectly serves Thilo Kehrer for the equaliser (76'). His very first assist with the Paris Saint-Germain first team, in his second game!

In the process, the young Parisian put his name to a nice statistic. Edouard Michut is now the youngest assister for Paris (18 years 311 days) in the top flight since Kylian Mbappé (18 years and 298 days) against Dijon on 14 October 2017. The beginning, we hope, of a long series!