Argentina came out as 1-0 winners over Brazil in the final of the Copa America 2021, thanks to Angel Di Maria, the scorer of the only goal in the Superclasico de las Americas!

It was a final with a real Paris feel to it in the Maracaña, with four Rouge et Bleu players starting the encounter.

Neymar Jr and Marquinhos for Brazil, who were playing at home and were looking to make it two consecutive Copa wins. And Paredes and Di Maria for the Albiceleste, who were both looking to lift their first trophies with their national side.

And it was to be Lionel Scaloni's men that would take home the victory, thanks to a magnificent goal from El Fideo, whose perfect touch and deft lob over Ederson (1-0, 22'), gifted Argentina their first major trophy (excluding the Olympic Games) since 1993! 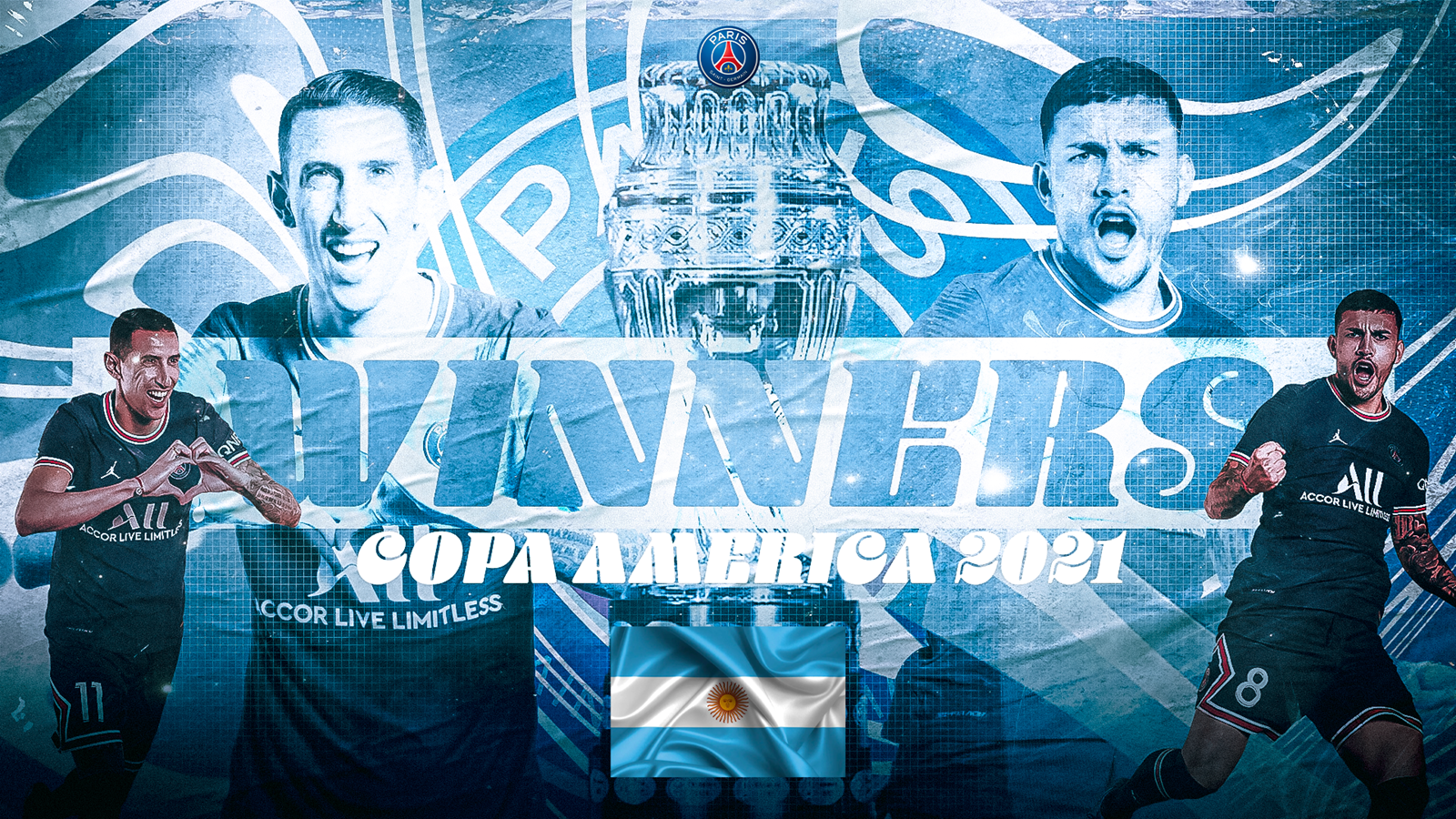 A highly emotional victory for the Argentines, but their joy was contrasted with the disappointment of the Seleção. Marquinhos et Neymar Jr wouldn't have been unworthy winners, after their excellent run to the final, which comes to an end with the undoubted promise of future success.