All square between Paris and Lyon

Paris Saint-Germain and Olympique Lyonnais played out a 1-1 draw on the 20th match day of Ligue 1. 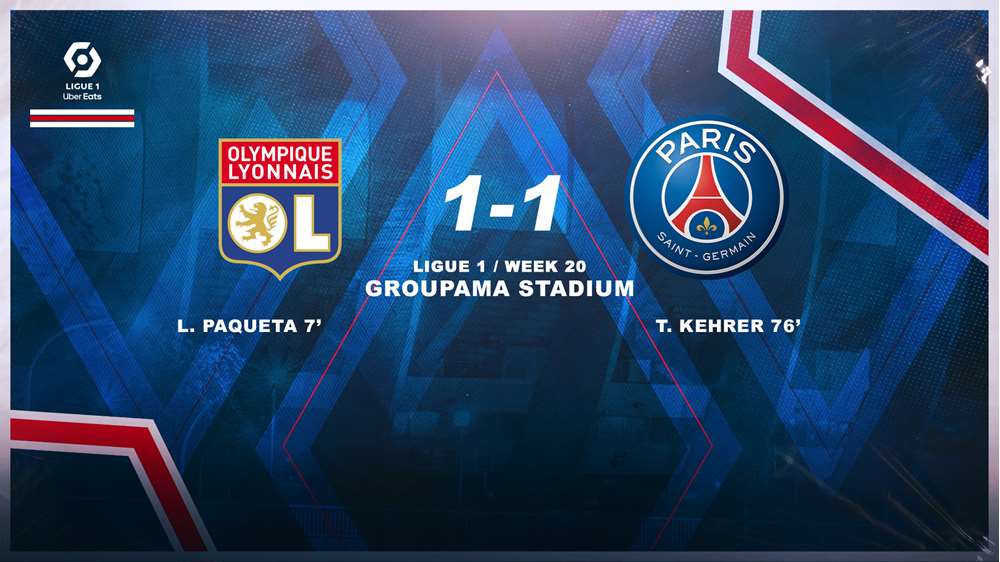 After a successful return in the Coupe de France, Paris Saint-Germain closed the week by returning to Ligue 1, with an attractive match at Olympique Lyonnais. An intriguing match played in a very particular context, with the pandemic being reflected on missing players and the absence of fans. In addition to the injuries and the departures for AFCON, Mauricio Pochettino was faced with the task of fielding a new and unprecedented team, led by the tandem of Mbappé and Icardi, supported in attack by a midfielder by trade in Gini Wijnaldum. 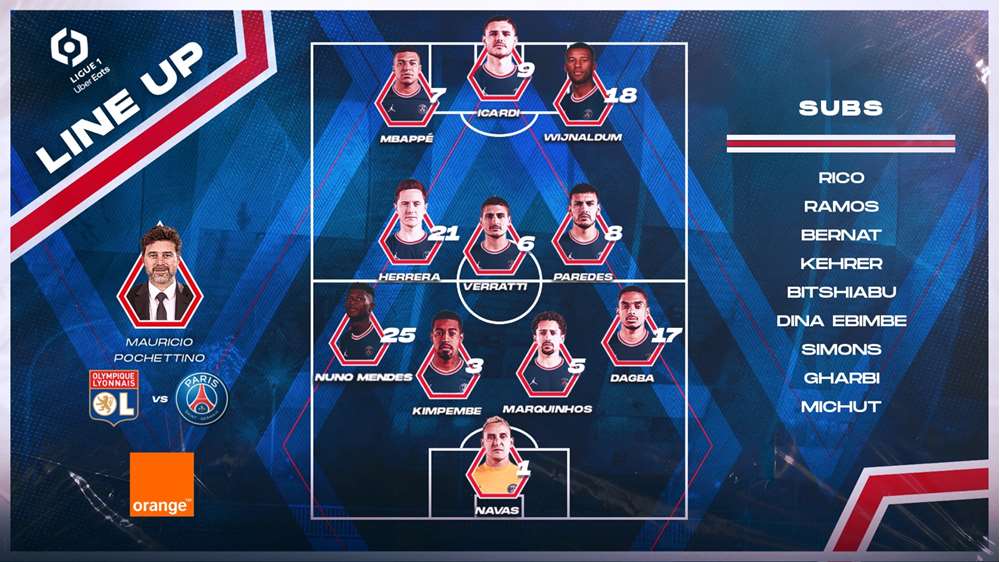 In spite of the different positions held by the two teams in the table, the start of the match reminded us of what makes this French clash between Paris and Lyon so special: a battle at every moment, bitter, intense and always up for grabs, right from the off! From one end of the field to the other, the first flashes of brilliance came...… But it was Lucas Paqueta who struck first, opening the scoring on the counter-attack (1-0, 8'). Between the roughness of the duels and the intensity of the pressing, it was clear that it was going to take an enormous effort to answer the challenge imposed by the home side. 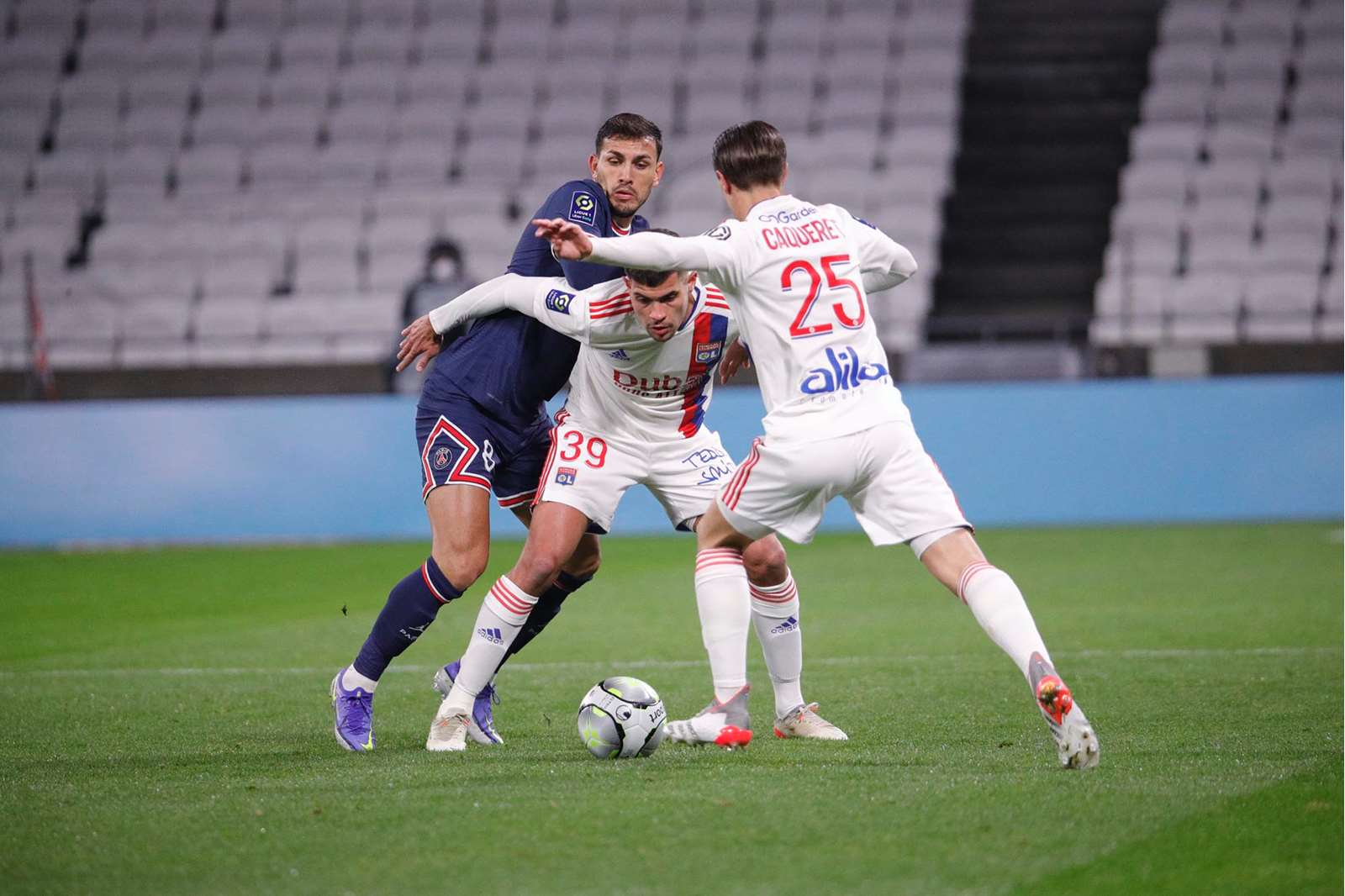 Mauricio Pochettino's men managed to raise their game, with attempts from Paredes (21'), Kylian Mbappé (22', 38') and captain Marquinhos (24') which were all turned away by Anthony Lopes. And when it wasn't the goalkeeper, it was his post that saved him, like when Kylian Mbappé sent in a curling shot! (42'). After a very intense first half, the hardest part was still to come: converting these chances into goals... We had to keep believing! 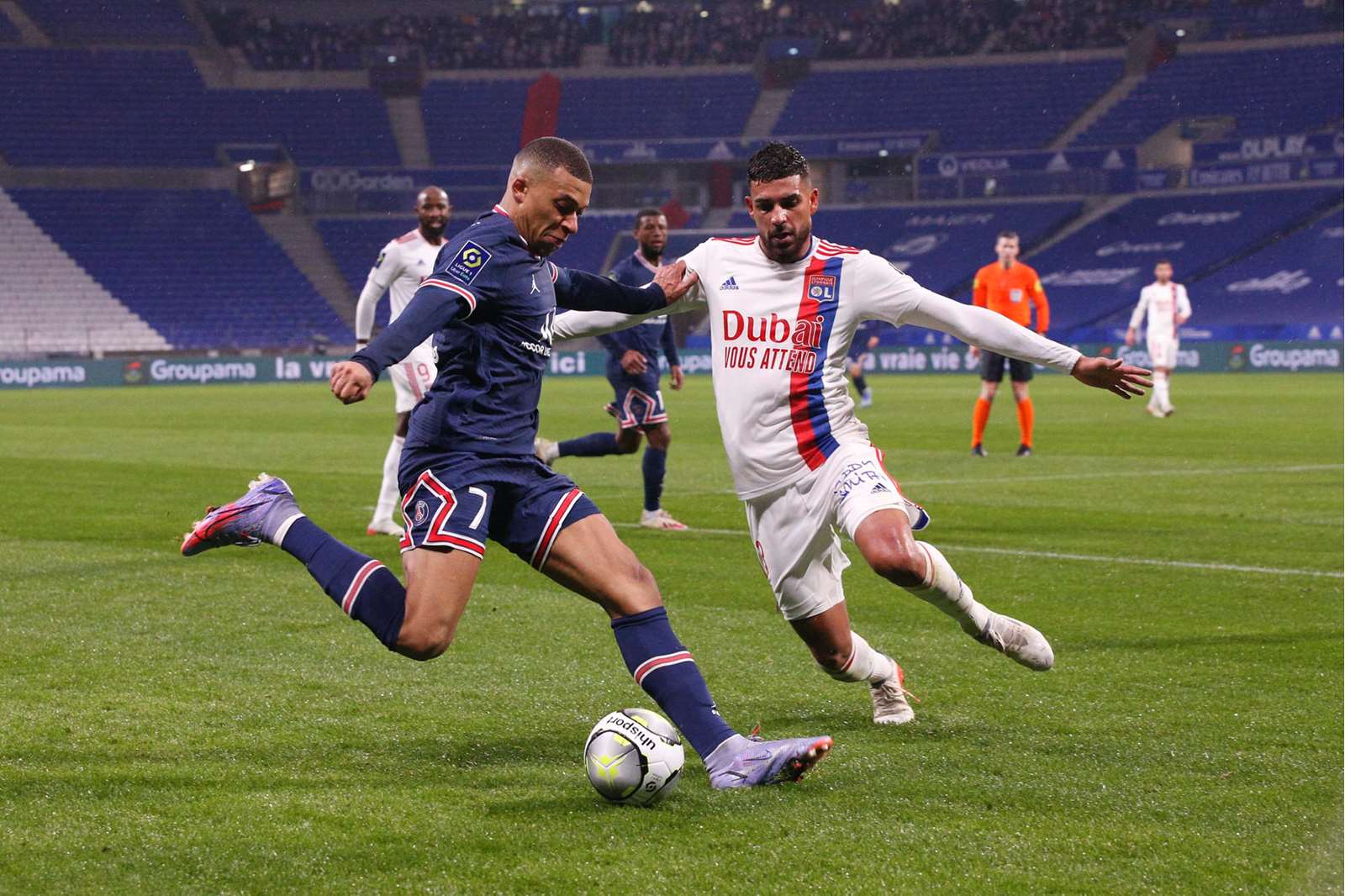 The Parisians gave everything they had to make the scoreboard lie: Keylor Navas  kept out Moussa Dembélé (58'), youngsters Michut and Simons came on to rescue the game and Kylian Mbappé did all he could to find the net. And this perseverance paid off, as well as Mauricio Pochettino's tactics! On as a substitute, Thilo Kehrer came in from the right-hand side of the box and unleashed a first-time shot to level the score (1-1, 76'). 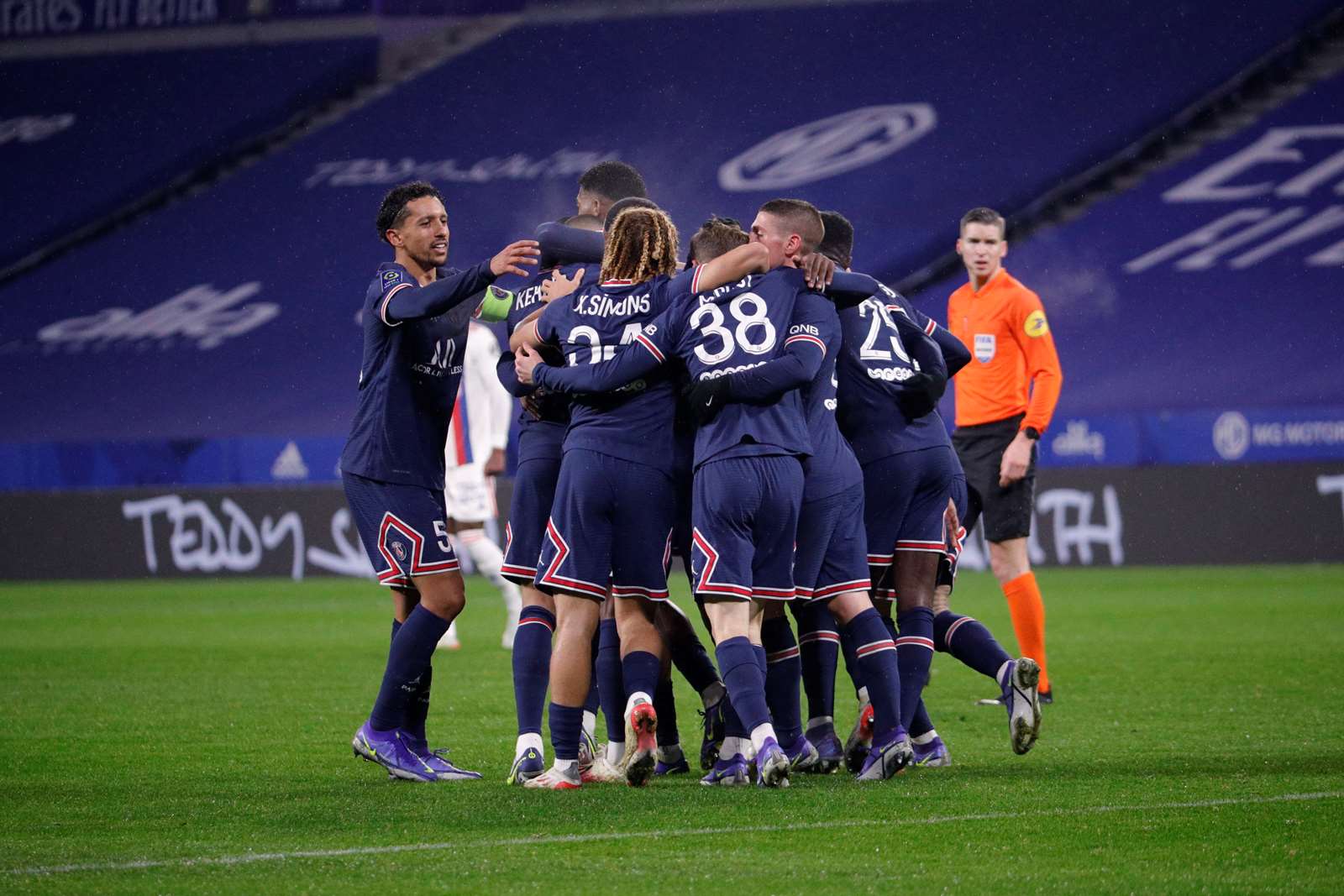 In an unbridled end to the match, the Red and Blue had to rely on their mental strength to see it out. The soldiers Marquinhos and Kimpembe never gave up protecting their goal from Peter Bosz's men, while Kylian Mbappé hit the post again from a free-kick (82'). Either side could have scored another goal, but the game ended all square. 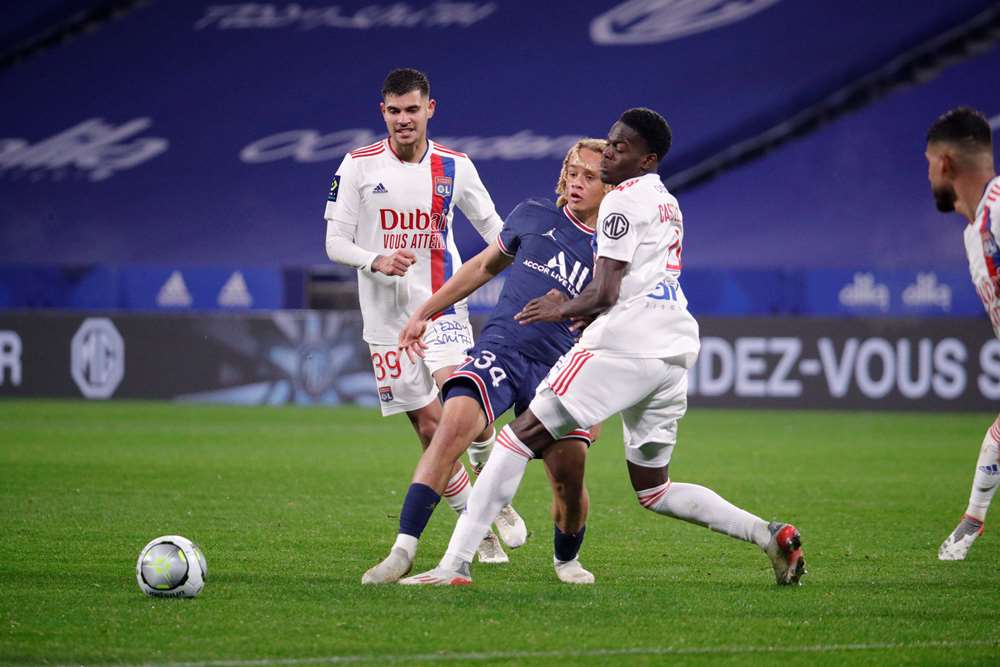 At the start of a year filled with big challenges, Paris Saint-Germain bring back a point from their trip to the Rhône. Our Red and Blue will return to the Parc des Princes  on Saturday with the visit of Brest, as the busy calendar continues.