A goal-fest against Montpellier to maintain top spot!

Paris Saint-Germain came out on top against Montpellier on Friday evening on Matchhday 21 of Ligue 1 (4-0). A look back at the excellent victory. 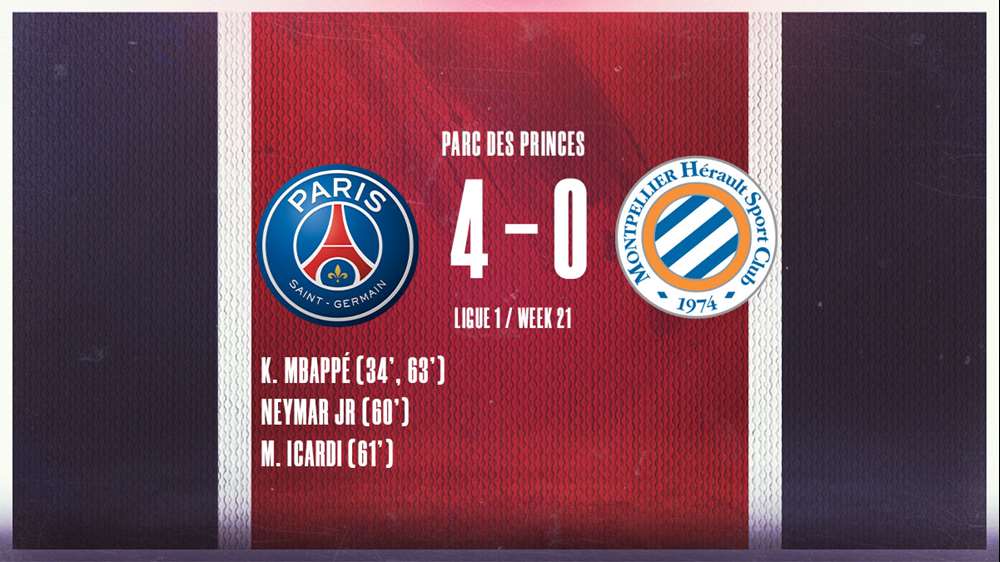 Strengthen their spot at the top of the league table and build the squad's confidence for the challenges that await them: this was Paris Saint-Germain's mission on Friday evening at the Parc des Princes. And it was with a 4-2-3-1 that Mauricio Pochettino marked his return to the touchline for the visit of MHSC. 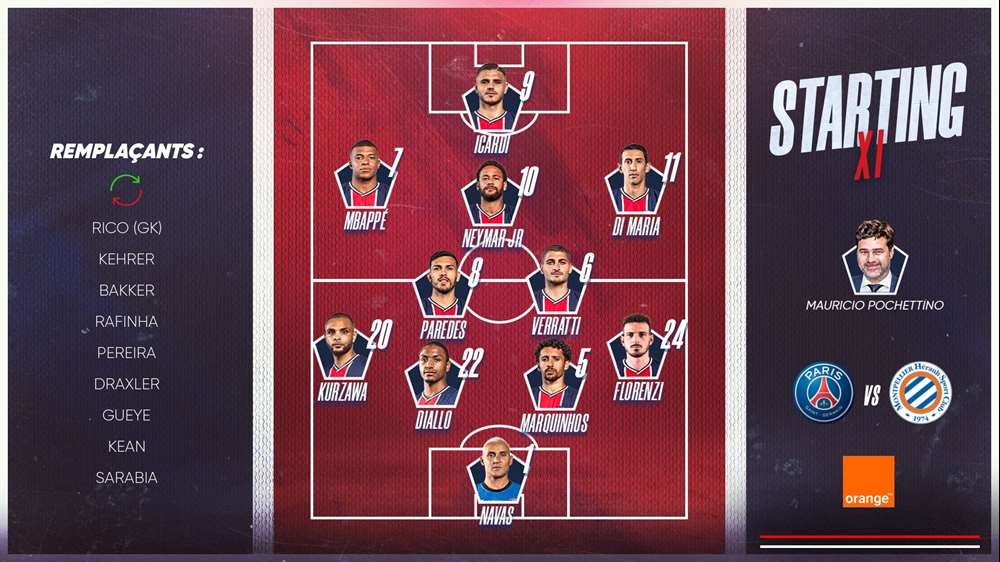 Boosted by three consecutive victories, Les Parisiens entered the match with huge determination. Full of concentration and moving the ball well, the current French champions took control of the encounter. A desire to attack that led to a barrage of chances in the visitors' box. 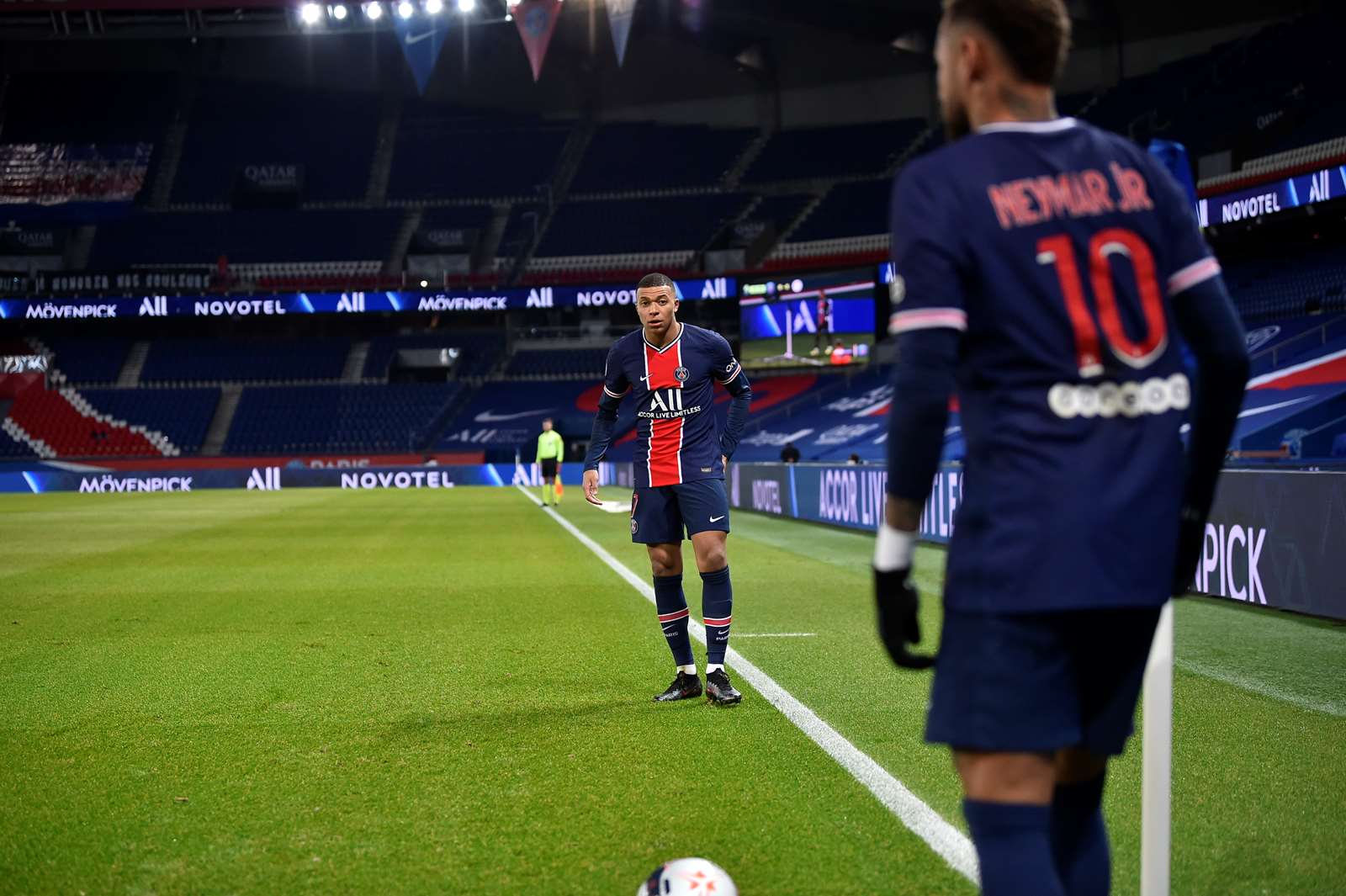 But it was a red card that would prove to be the turning point in the encounter. Leandro Paredes, beautifully found Kylian Mbappé after an excellent run, before the Frenchman was brought down by Jonas Omlin and the referee sent the goalkeeper for an early bath (18'). His replacement Dimitry Bertaud was quickly called into action by Neymar Jr (21'), Icardi (25') and Di Maria (29'). Michel Der Zakarian's side tried to close the space, but Les Parisiens' made full use of their creativity to break down their opponents. 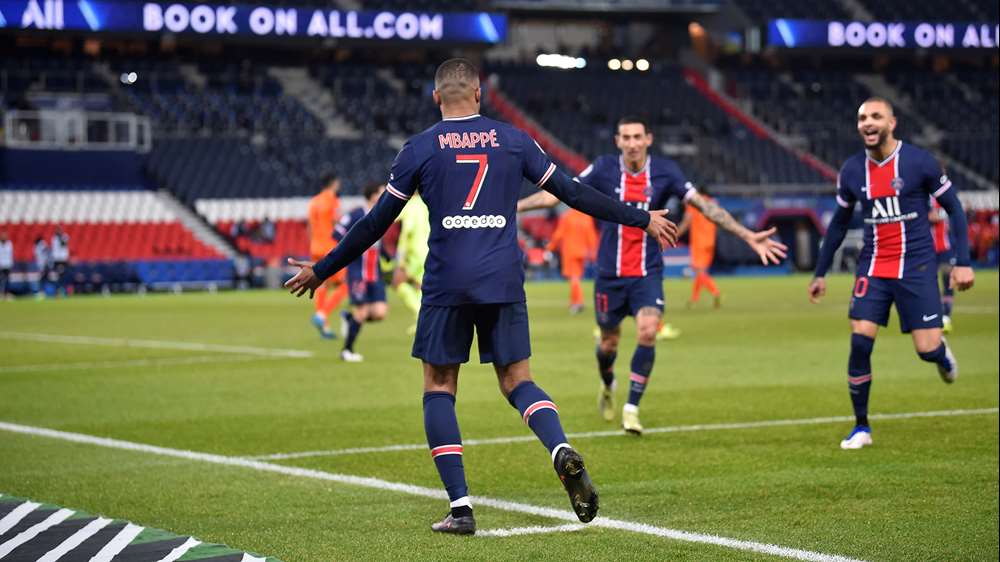 It was written in the stars that it would be Kylian Mbappé who would make the difference... The n°7 finished with a deft chip over the goalkeeper, after some smart build-up play between Neymar Jr and Angel Di Maria (1-0, 34'). An opener that released the handbrake for Les Parisiens and just minutes later, Neymar Jr almost doubled the lead after an incredible solo run (37').

And although Keylor Navas and Marquinhos made way at the start of the second half, Mauricio Pochettino's side came back out with the same spirit, ready to extend their lead. Neymar Jr made the most of a pass from Kylian Mbappé to get the second goal of the game (2-0, 60'). A beautiful gift for his 100th game in Rouge et Bleu. Another impressive move from the home side saw Mauro Icardi smash an Alessandro Florenzi cross into the back of the net (3-0, 61'). And Les Parisiens weren't finished!  After his goal, the Argentine turned provider to allow Kylian Mbappé to secure a brace (4-0, 63'). 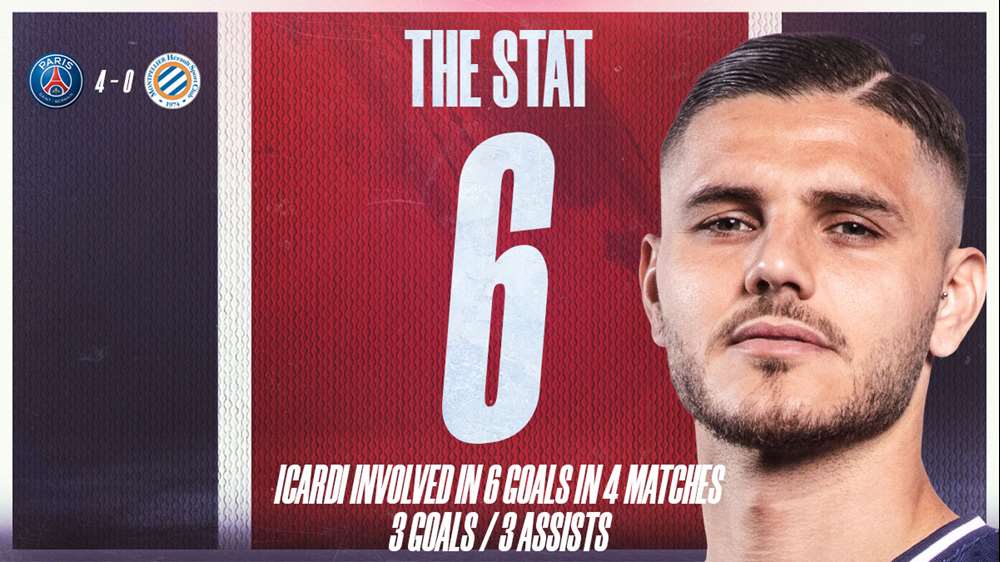 Driven forward by their desire to attack, Les Parisiens continued to play some impressive football, with some incredible chances, including an acrobatic overhead kick from Layvin Kurzawa that crashed against the bar (68'). And although the chances kept coming, the score remained as it was.

Following an incredibly impressive performance, Paris Saint-Germain ensure they maintain their position at the top of Ligue 1, with a fourth consecutive victory in all competitions in 2021. A job well done.