After their 3-0 success in Le Havre last Sunday, the Parisian Titis were back in UEFA Youth League action this Wednesday for the return match against Manchester City.  Parisian coach Zomana Camara made the most of the opportunity to re-launch his attacking quartet of Gassama, Michut, Odobert and Simons.

From the first minutes of play, the young Parisians faced strong opposition from their Manchester City counterparts. Our Rouge et Bleus were able to respond however, shown by the captain Bodiang's break into the box thanks to a sparkling forward attack from his teammates in the 10th minute.

The proceedings seemed balanced and without a shot on goal in the first quarter of an hour.  You needed to wait until the 16th minute to see the first chance of the game as Gassama saw a strong parry from goalkeeper Mikki van Sas. 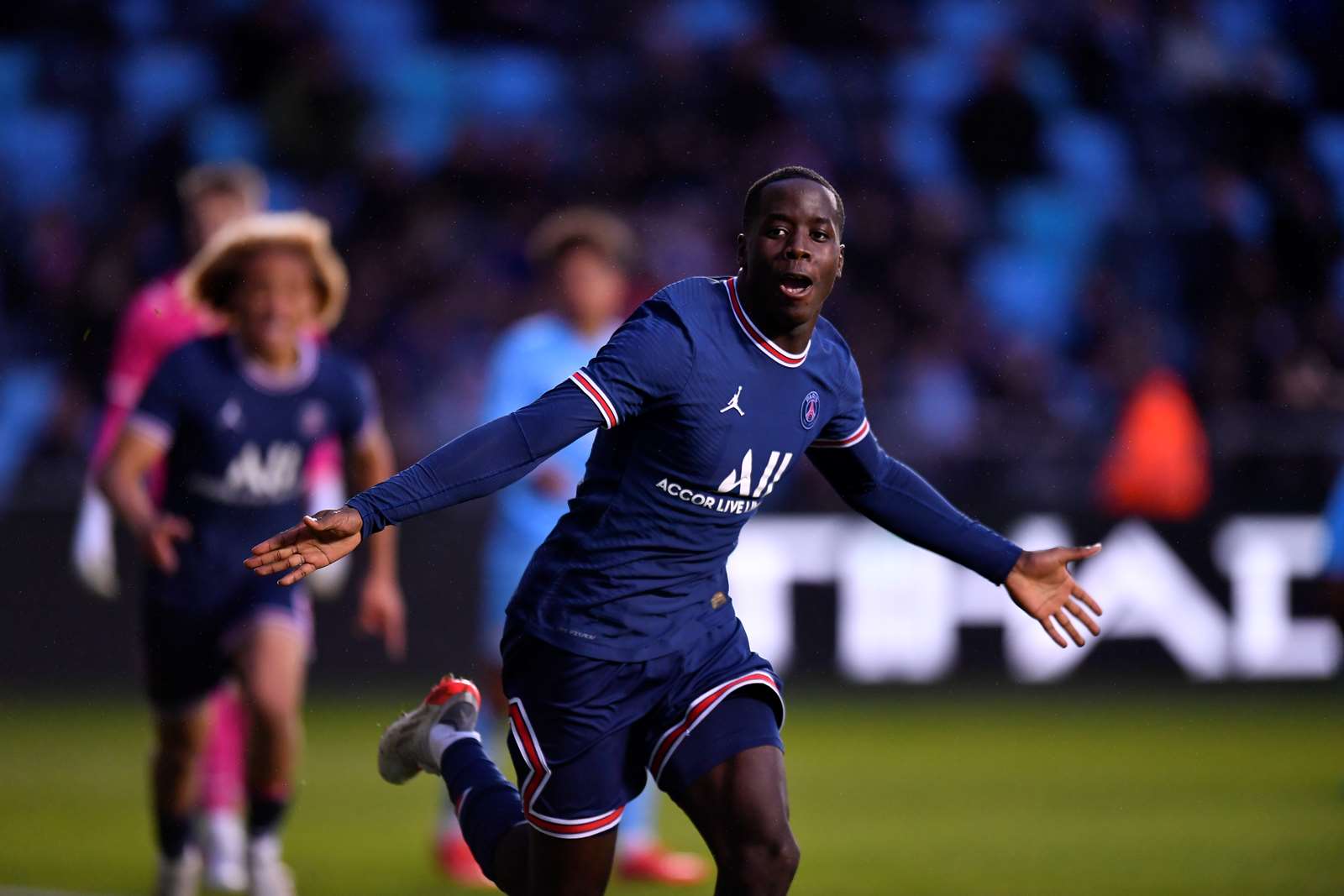 Only one big moment came from the Sky Blues during this period:  a well-placed free-kick won after a Parisian foul in the 38th minute. PSG goalkeeper Lavallée saw off the danger very well. Just after the free-kick, in a brilliant run of play, Xavi Simons launched a lightning attack to gift an opportunity to Gassama, who only had to guide the ball into the net to put the Parisians 1-0 up in the 40th minute!  It was Gassama's 4th goal in this season's UEFA Youth League after his double in the last round of fixtures. Xavi Simons meanwhile provided his 5th assist in as many games as the Parisians clearly led proceedings heading into the break. 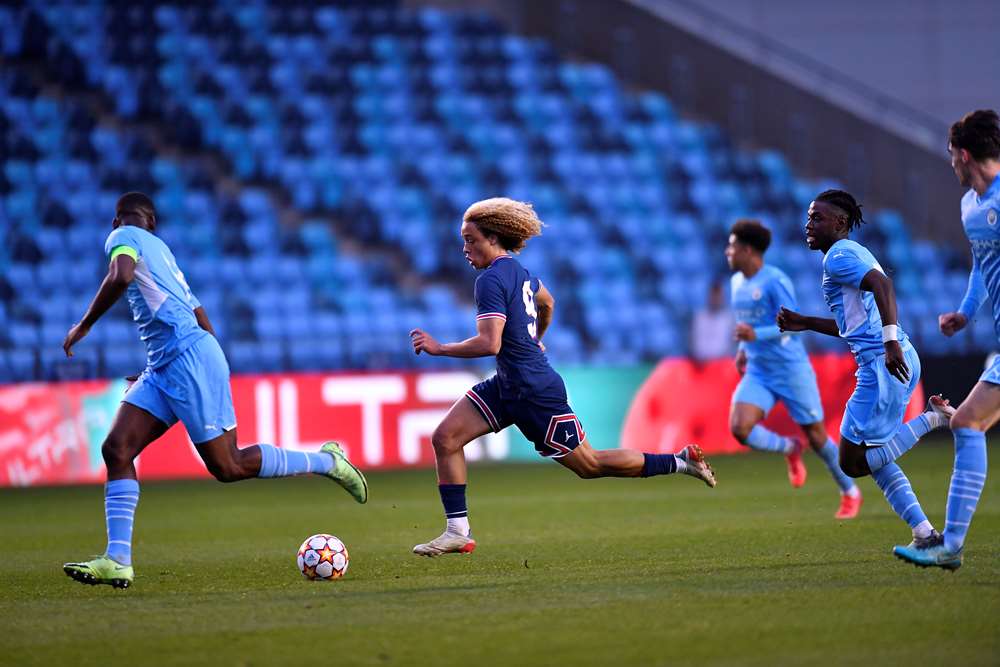 Camara's men were back out on the field with the same intentions in the second half but Manchester City were pumped up as midfielder Nico O'Reilly saw a shot saved by the Parisian goalkeeper that may well have seen the Sky Blues on their way (47th minute). Paris remained calm and made a break for Gassama once again who bagged himself a brace after doing a number on Barry Murphy's players in the box (2-0, 49th minute). 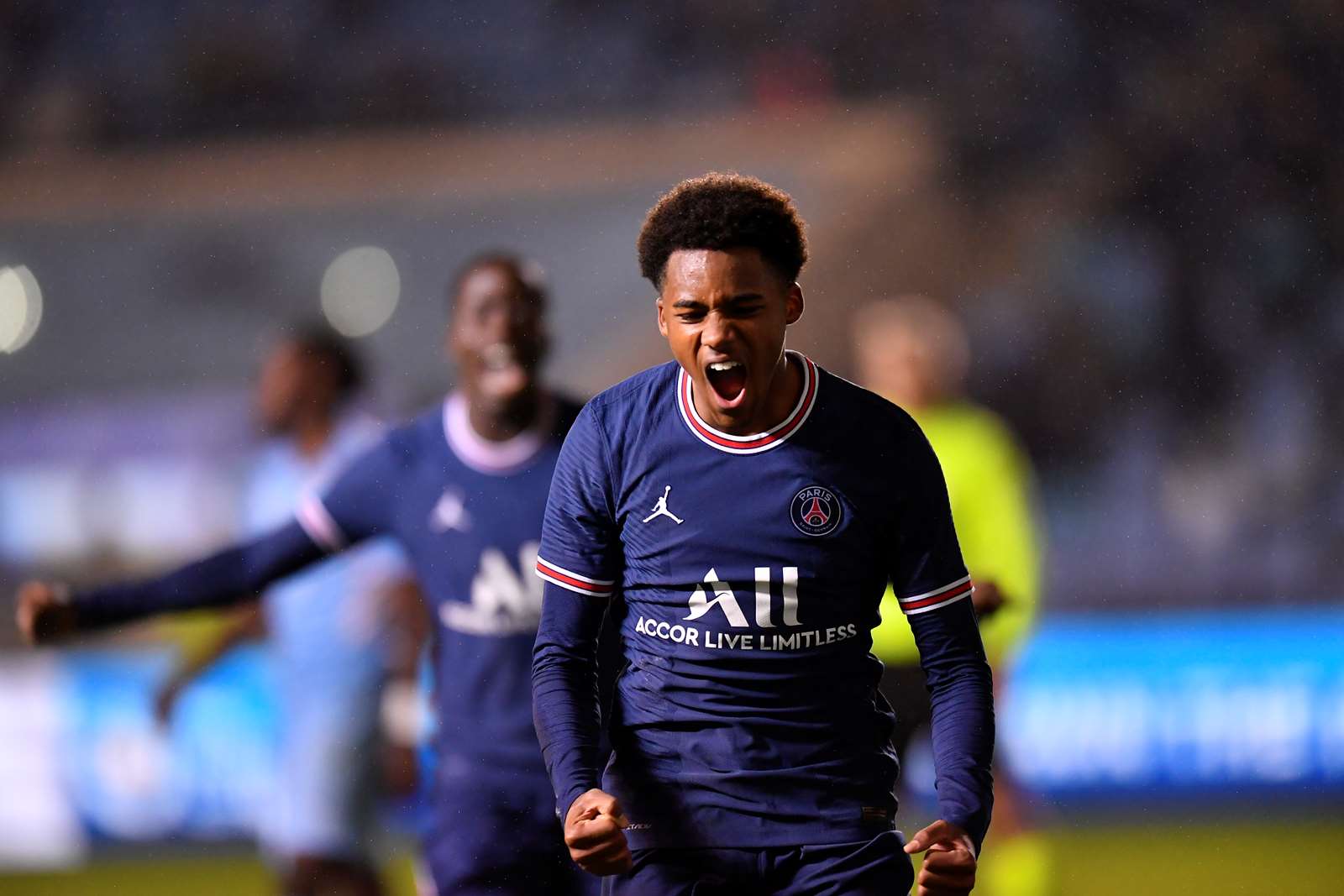 Paris Saint-Germain's U19s continued their domination throughout the second period and consolidated their lead once more through Wilson Odobert, scoring his second Youth League goal of the season (3-0, 80th minute).  At the very end of the game, the Mancunians reduced the gap thanks to O'Reilly, who made the most of the Parisians relaxing slightly to net past the keeper (3-1, 85th minute). The score would remain unchanged for the rest of the match. 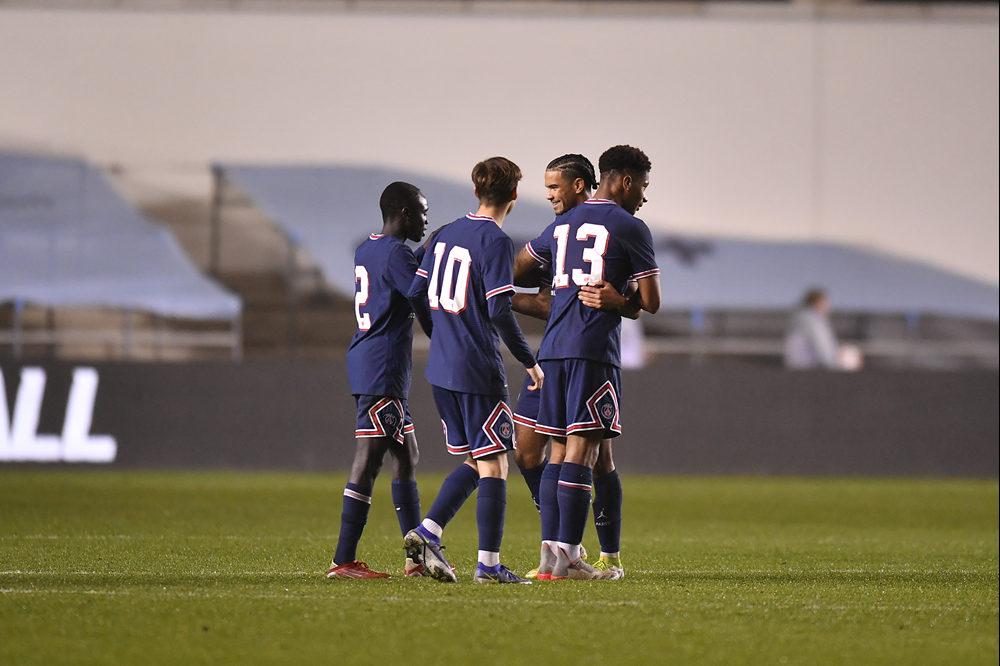 Paris Saint-Germain earn their third success in five matches in the UEFA Youth League after a generally well-controlled game. Currently second and level on points with Club Bruges, Paris will play for top spot in group A against the leaders at the Stade Georges Lefèvre on the 7 December.

Next up for the Titis is Stade Malherbe de Caen U19, who they face on Sunday 28 November at the Terrain Annexe 2 de Venoix for the 13th match-day of the Championnat National U19.