The Titis win and go top of the Youth League group

The Paris Saint-Germain U19 team defeated RB Leipzig 4-1 this Wednesday 3 November at the au Stadion am Cottaweg, in matchday 4 of the UEFA Youth League. 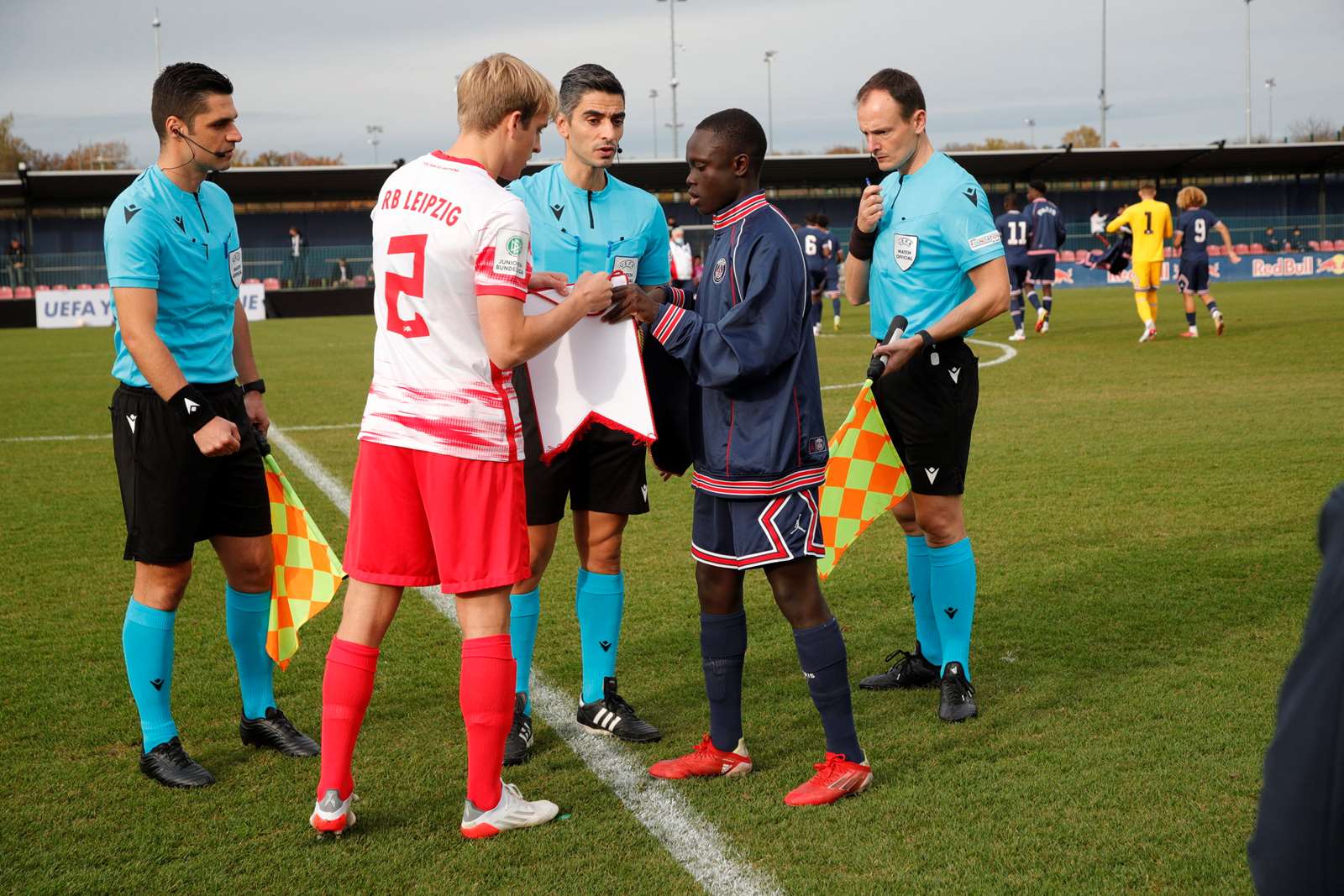 The Titis Parisiens were back in UEFA Youth League action this afternoon for the second game of the double-header against RB Leipzig. The Parisian coach Zoumana Camara named on an almost identical eleven to the one that had won the first game at the Stade Georges-Lefèvre.

From the very start, the Titis showed their desire to strike hard and their ability to create danger in front of Jonas Nickisch's goal. Their intentions were shown with chances from Xavi Simons (3'), Djeidi Gassama (8') and Ismaël Gharbi (17'). After having cleverly beaten the opposing goalkeeper, Gassama, who came close to opening the scoring, saw his ball saved at the last second by the German defence. The Parisians then doubled their efforts and their speed put the Germans in serious trouble. The breakthrough came when Edouard Michut scored from a superb pass from Xavi Simons (25', 0-1). 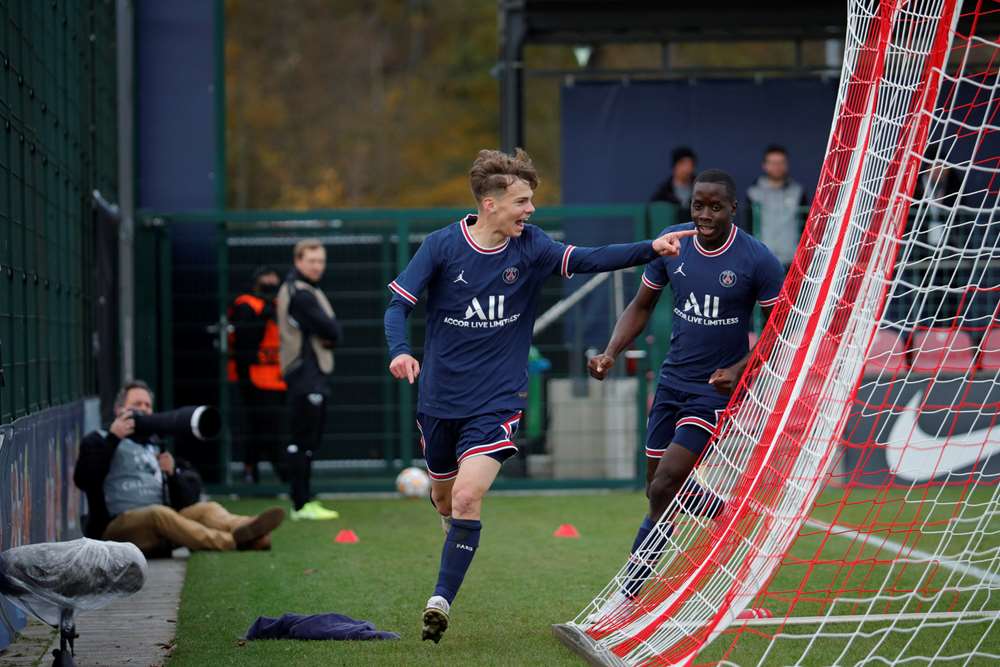 RB Leipzig managed to create a few chances on the half-hour mark and immediately found the net through Joscha Wosz to pull one back (31', 1-1). The young Parisians tried everything they could to go back to the locker room with a favourable scoreline, but they lacked a little success.

There were still 45 minutes left and it was all to play for for Zoumana Camara and Daniel Meyer’s men. But despite a good recovery by the home team, the Parisians took control. And Gassama took advantage of Xavi Simons' counter-attack to put Paris back in front (54', 1-2).

In the aftermath, the Parisians were awarded a penalty after David Lelle was sent off for a handball in the area. Gharbi converted the penalty with a panenka (62', 1-3). The Parisians took advantage of their man advantage made the scoreline even worse thanks to a perfect move from Xavi Simons and Gassama who finished with three assists and two goals respectively in the game (80’, 1-4). 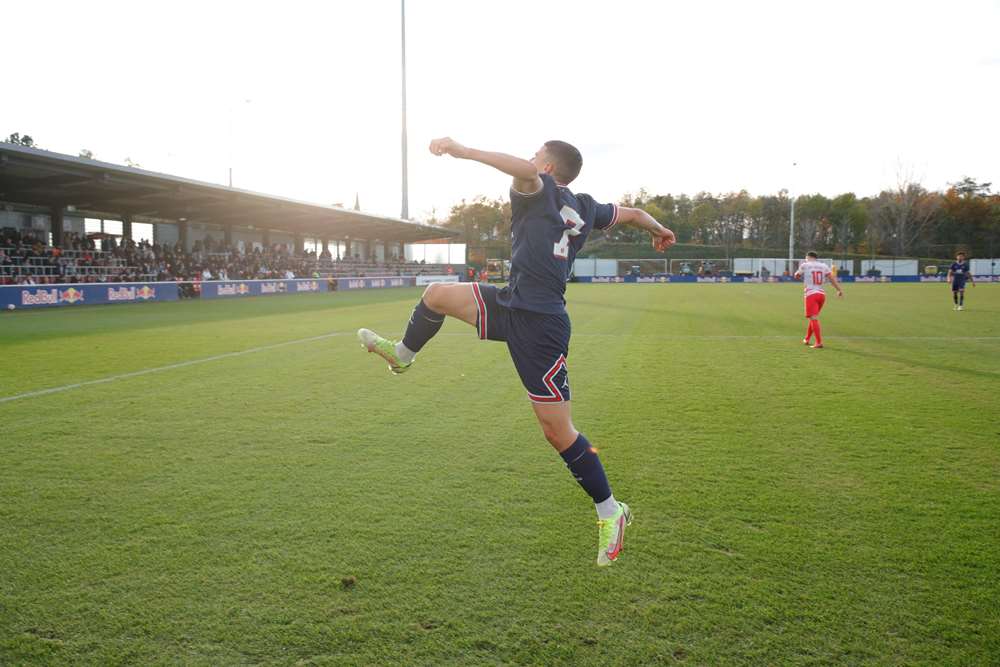 Paris Saint-Germain won their second match in four in this UEFA Youth League campaign. The victory allows the club from the capital to take the first place in group A ahead of Club Brugge.

The next match for the Titis will be against Evreux on 14 November, in matchday 11 of the National U19 Championship.

Yohan Demoncy: 'The club is recognised for the quality of its youth academy'
Club 7 hours ago