On his first day, Captain Raí led a group of journalists, along with influencer Boris Becker, around the Volcanoes National Park, which is known worldwide for its mountain gorillas, before having lunch at the One & Only Gorilla's Nest hotel, a haven of peace, where a group of traditional Rwandan dancers made a superb show.

Rwanda, a goldmine for tourist sights

The jewel of Rwanda’s touristic heritage, the Volcanoes National Park is a vast protected area that boasts five of the Virunga chain’s eight volcanoes. Reaching altitudes of between 2,000m and 4,000m, these volcanoes overlook acres of lush forest that is inhabited by the world’s last remaining mountain gorillas.

Rwanda has initiated extensive programmes in a bid to preserve these wild animals. More than 380 gorillas currently live in the park, and 24 baby gorillas were born this year. Three of them were named Ingeri, Nshongore and Mudasumbwa by players Neymar Jr, Mbappé, Marquinhos and Ramos. 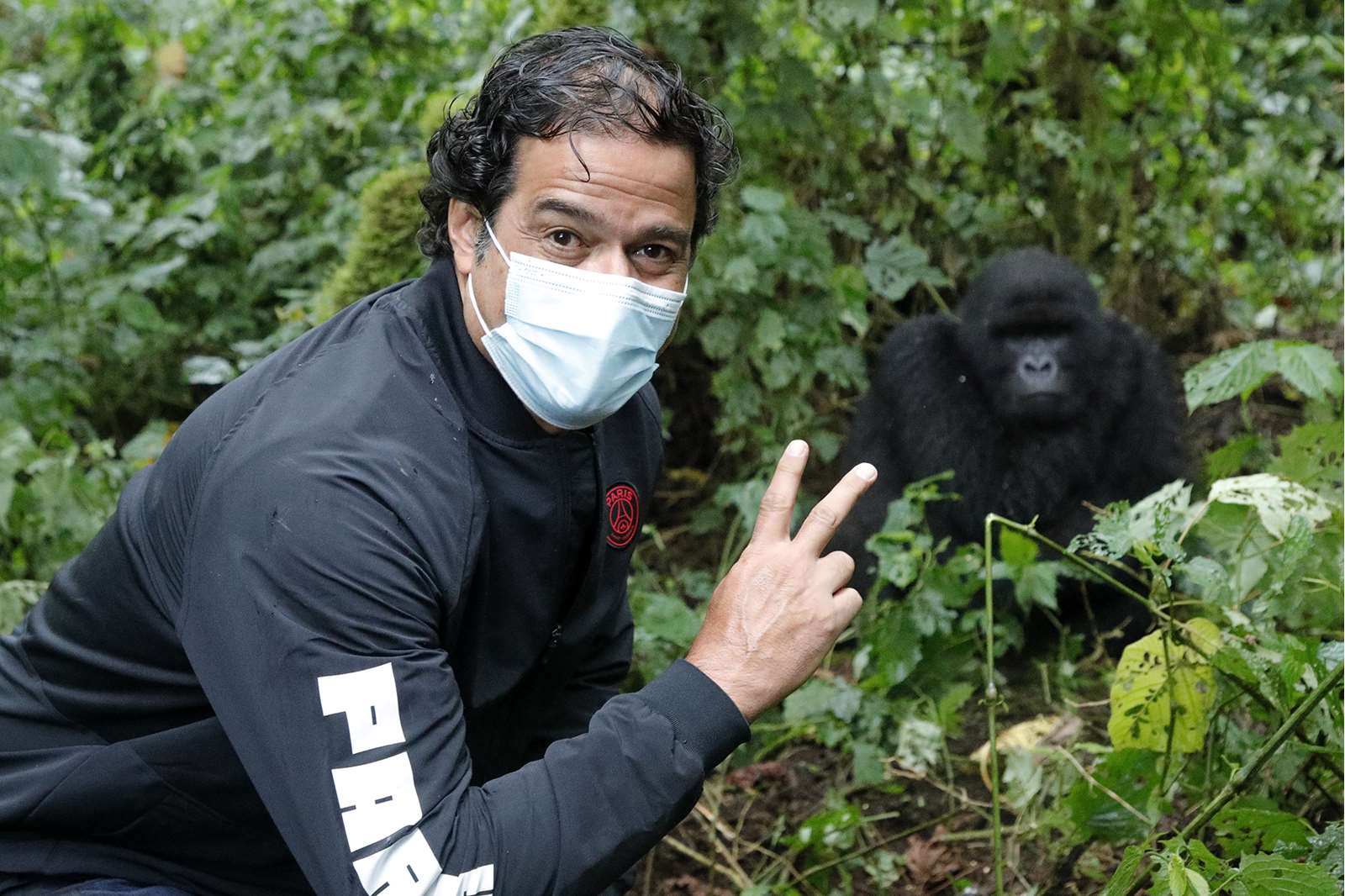 “This park is a wild wonder. When you step into the rainforest, you find yourself transported to another world that hides some fascinating animals. Watching gorillas in their natural environment is an exceptional and privileged experience! They have a strength, a deep expression, you have to see that once in your life”, said Rai.

Then, the legend of Paris Saint-Germain and the rest of the delegation attended a performance of traditional dances, jewels of Rwandan culture: “Rwandan dances are captivating, it's an intense moment! Brazilian culture has been strongly influenced by this energy, these dances, these African rhythms. The more I discover Rwandan culture, the more it speaks to me and touches me a lot." 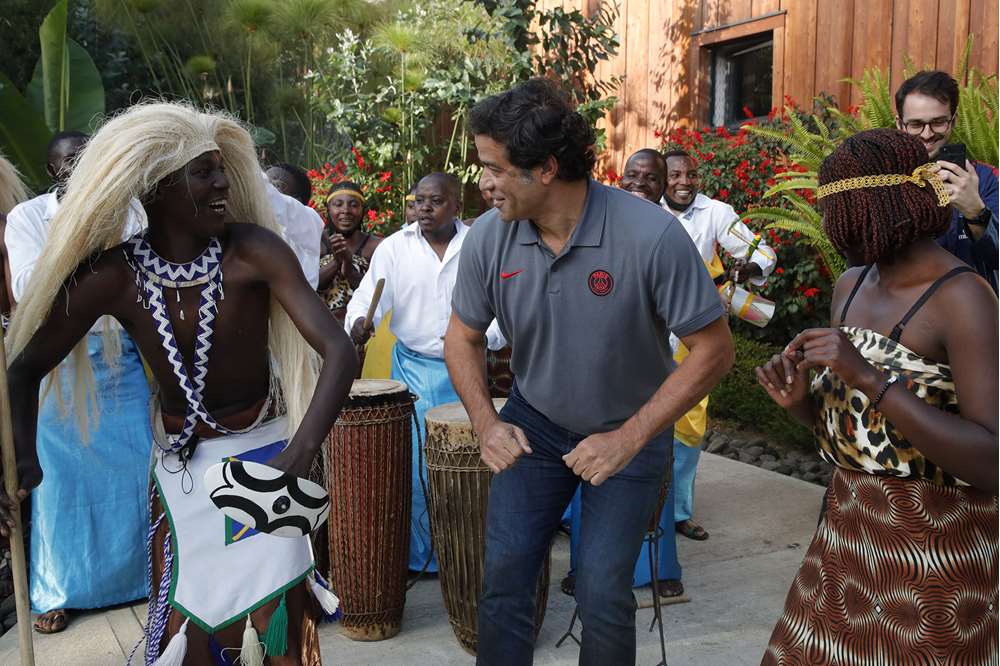 In the Land of a Thousand Hills, the undulating landscapes are well preserved. Rwanda was the first African country to ban the use of plastic bags and has rolled out a number of initiatives to promote sustainable tourism, one of the country’s main sources of revenue.

Paris Saint-Germain and Rwanda have committed to a long-term collaboration, supported by the club’s media and digital influence. Throughout the duration of the partnership, Paris Saint-Germain will promote Rwanda’s assets to their 150 million social media fans.

Paris Saint-Germain, the leading club for the new generation, shares a number of values with Rwanda, such as nurturing young peoples’ aspirations, seeking excellence and promoting boldness and creativity.

The Rwanda Development Board (RDB) is a government agency in Rwanda with a vision to transform Rwanda into a dynamic global hub for business, investment, and innovation. Its mission is to fast-track economic development in Rwanda by enabling private sector growth.

Learn more about Rwanda Development Board

Yohan Demoncy: 'The club is recognised for the quality of its youth academy'
Club 8 hours ago