The Paris Saint-Germain Academy Turkey continues its development with the opening of a 16th site in the country. The Academy is now present in 11 Turkish cities (Istanbul, Ankara, Bursa, Izmir, Antalya, Mersin, Mugla, Erzurum, Samsum, Trabzon and Diyarbakir).

The inauguration of the Diyarbakir Academy took place on Saturday 28 May, during a magnificent ceremony at the Martyr Police Halit Gülser Sports Complex.

The day started with an athletes ceremony, a festive parade, and then continued with a tournament organised between the young footballers from Diyarbakir. Lots of VIP guests were present including the founder of the Paris Saint-Germain Academy Turkey, Nihat Ugurlu, the Academy's Technical Director, Hamza Gezmis, and the founder of the Diyarbakir Academy, Senar Toprak. 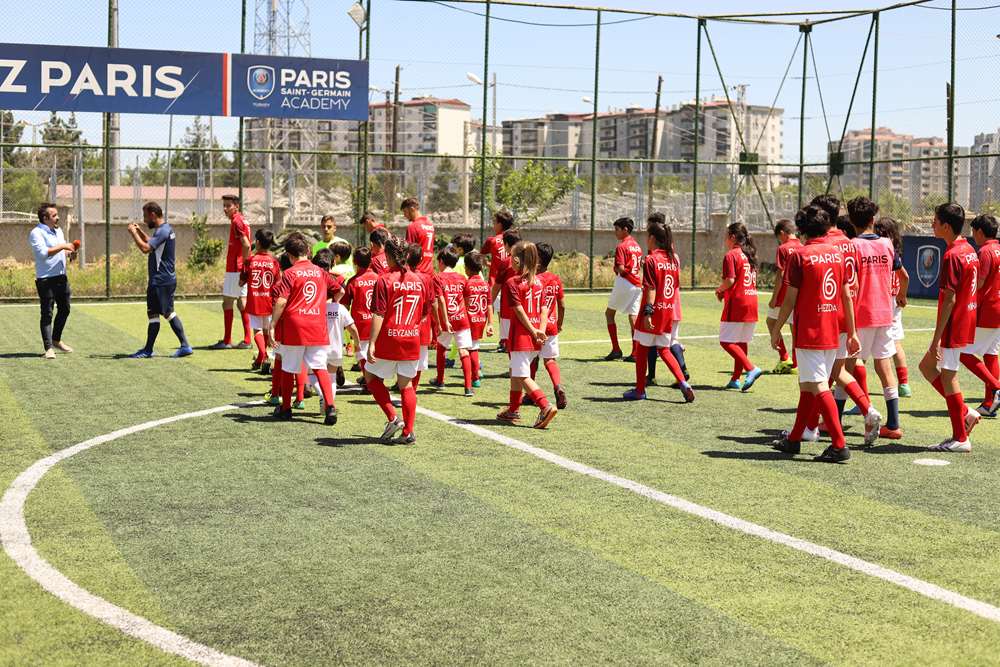 Senar Toprak, founder of the Paris Saint-Germain Academy Diyarbakir, also shared his feelings: "As a native of Diyarbakır, I wanted to do something that symbolised my commitment to the city. Having played football when I was younger, that's why I made it my priority. I am convinced that the youngsters who will learn from this methodology and the Paris Saint-Germain Academy training sessions will become better players for it. I hope that they will proudly represent Diyarbakir in Turkey and abroad."

Find out more information on the PARIS SAINT-GERMAIN ACADEMY

The Academy World Cup captains invited to the Parc des Princes!
Academy 23 May 2022