The Paris Saint-Germain Foundation establishment based in the Paris suburbs received a visit from France's employment minister.

Brigitte Klinkert  came to see one of the workshops put in place by the Paris Saint-Germain Foundation at the Rouge & Bleu School, which has was established in the town's Val Fourré neighbourhood in 2018. In this 'school after school', children from 7 to 11, who are at local education establishments, enjoy two-hour after-school sessions with Foundation educators. Fun activities, sports, cultural trips, nutrition, society values and disabilities are all part of what youngsters can enjoy and find out about. 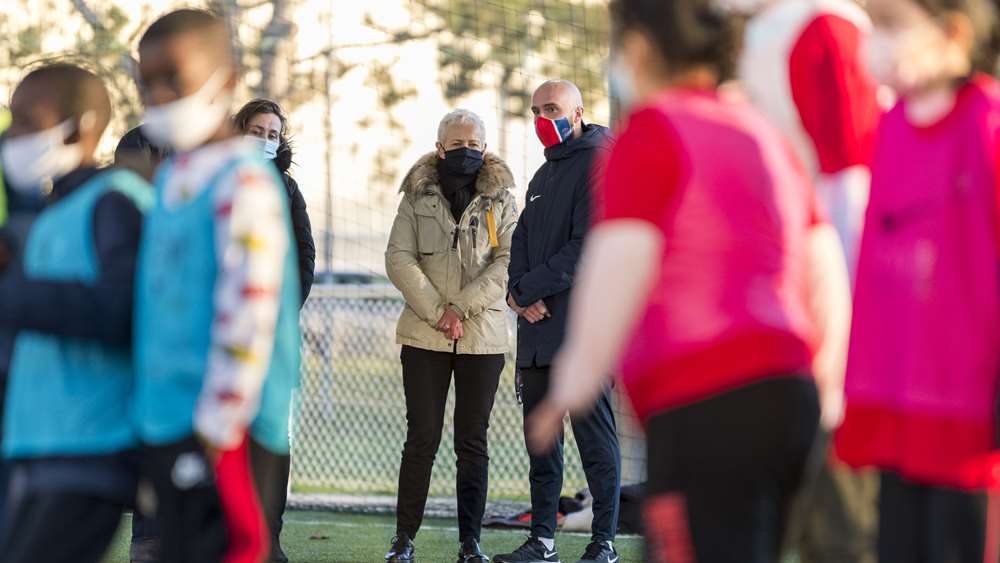 "I'm very happy to have been able to see the Rouge & Bleu School in Mantes-la-Jolie and meet the children participating in their activities. The Rouge & Bleu school allows children to gain confidence in themselves, learn how to behave in society and, most importantly, gives them hope for the future and motivation to believe in their dreams," said Brigitte Klinkert. "I'm very impressed that the school works with people who themselves are on sandwich courses. Fourteen of the 20 employees are on work-based training. So it's not only a school for the children, but it also helps give young adults an opportunity to get into the working environment. That's important when we take into account the life of those people and those around them." 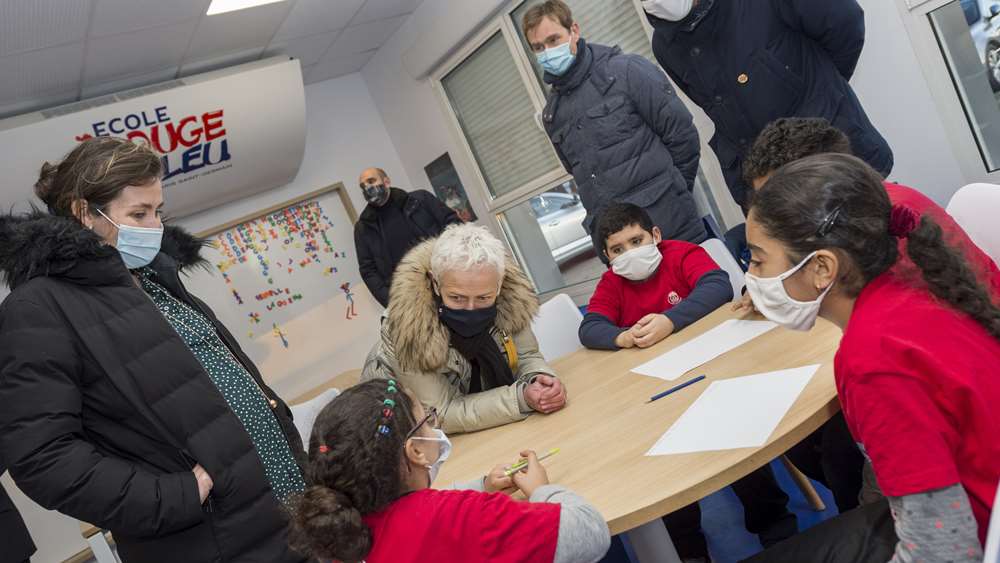 Sabrina Delannoy, the Paris Saint-Germain Foundation Deputy Director, added: "I'd like to thank the Minister for her interest in the Paris Saint-Germain Foundation programmes and in particular the Rouge & Bleu School. At the Paris Saint-Germain Foundation, we also place work opportunities for young adults at the heart of our priorities. We offer training programmes for youngsters who want to work as sports educators and leaders, and we have trained more than 300 so far. These programmes come full circle when those same youngsters work in our various programmes, such as the Rouge & Bleu School where they construct pedagogical supports based on sport, culture, numeracy and citizenship. They also have neuroscience training to understand and relate as well as possible to the youngsters who attend the workshops."

The first Rouge & Bleu School was opened in Paris' 19th arrondissement in 2016 before the Mantes-la-Jolie site followed two years later. The aim is to replicate and adapt the programme to Paris' Necker Hospital in the near future.