The former Paris Saint-Germain left winger (85 official matches and 34 goals between 1999 and 2001) attended the Ligue 1 matchday 8 match and the capital club's 2-0 victory over Montpellier on Saturday 25 September at the Parc des Princes. 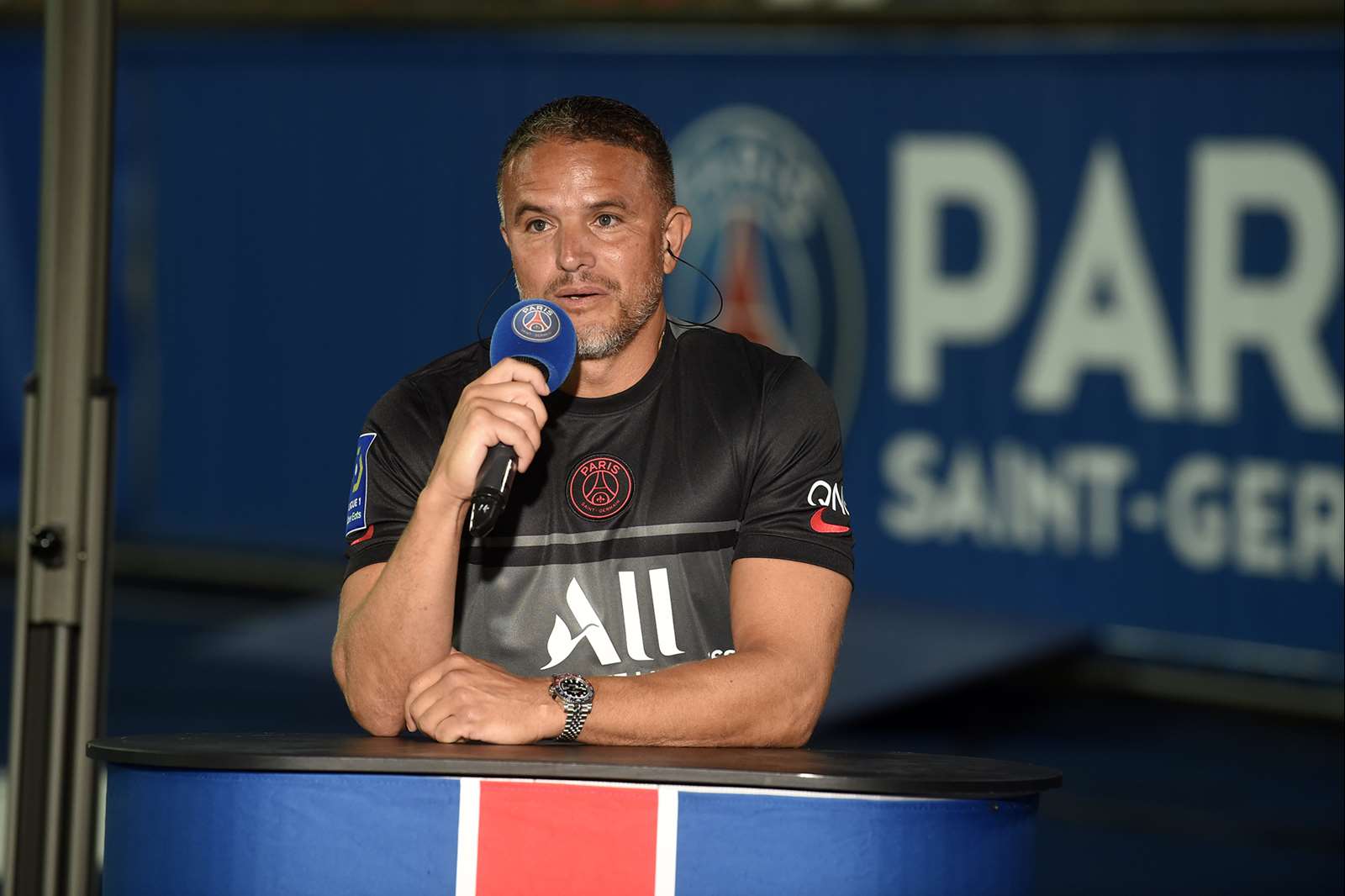 The opportunity for the French international (9 caps, 1 goal), signed by Paris while playing for MHSC (147 officials and 21 goals between 1994 and 1999), to take part in the PSG TV pre-match live show, to receive a third 2021-2022 shirt with his name on it and a nice ovation from the Parisian supporters, and to cross paths with another illustrious former rouge et bleu player, Mamadou Sakho, who is now a defender for the Hérault club.