Kylian Mbappé scores his 100th goal for the club!

With his goal in the closing stages of the 3-1 victory over Montpellier on Saturday 5 December at the Stade de la Mosson on Matchday 13 of Ligue 1, the Paris Saint-Germain forward got his 100th goal in all competitions for the club from the capital.

The World Champion achieved the feat in just 137 matches for the club since arriving in Paris in 2017, and now sits tied in fourth place of the Paris Saint-Germain top goal scorer standings with Dominique Rocheteau, who got his century in 255 encounters for the Les Rouge et Bleu between 1980 and 1987.

Kylian Mbappé said after the game: "It's true that it's an incredible achievement, I have been thinking about it for the last couple of matches and that might be why I haven't scored, because I have overthought things. But I tried to focus on the team, to help my teammates as much as possible and they paid me back, because they set me up with this goal. I am very happy!" 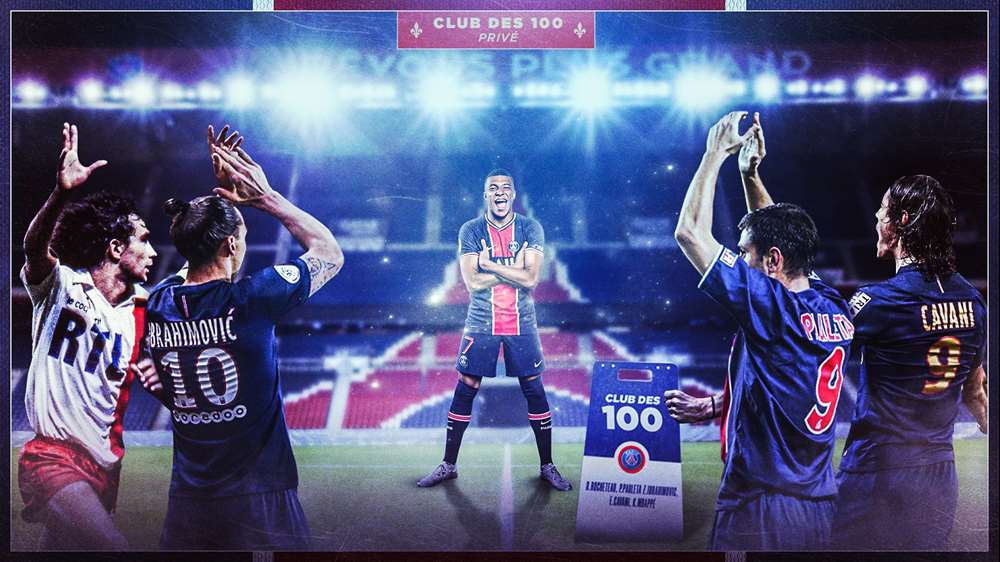