Heart and solidarity: a look back at the year 2020 for the Foundation

In a year marked by the health crisis, the Paris Saint-Germain Foundation maintained its commitment in all areas where solidarity was required.

This year was decidedly unlike any other. While the Paris Saint-Germain Foundation celebrated its 20th anniversary, the world of solidarity and social help was shaken up by a health crisis storm. Reassessing the priorities, adapting projects, continuing to move forward: those were the engagements made by a team that was more committed than ever to helping the most vulnerable.

RESPOND TO THE HEALTH CRISIS

Out in the field, first of all, the Foundation carried on its commitment to families in precarious situations. To that end, it offered support to its historical partners. A donation of 100,000 euros was made to the Action contre la Faim charity, in order to support the fight against  Coronavirus both in France and abroad, and 100 000 euros were donated to the Secours Populaire charity, in order to help those left in the most fragile position by the health crisis. The Parc des Princes was requisitioned in order to put together hygiene kits for those worst off. 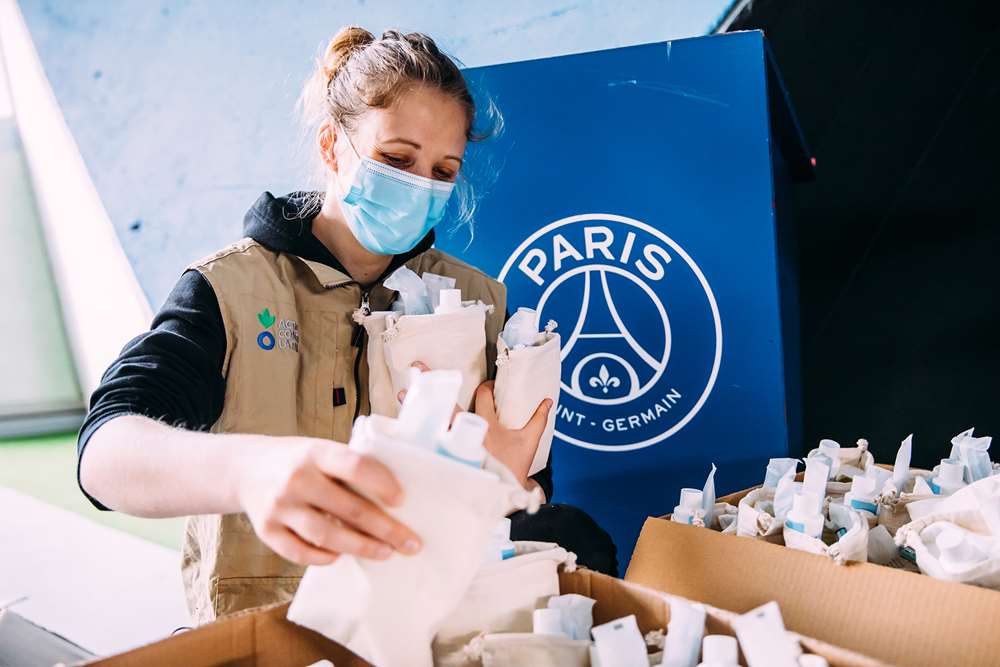 There was human support, and also logistical support, throughout the year 2020 : 150,000 masks and 100,000 protective goggles were distributed to those who fought against Covid-19, with the support of Tencent.

And then, the Foundation also wanted to pay attention to those who became the heroes of this pandemic with the healthcare personnel in the front line.
Paris Saint-Germain put 400 collectors edition shirts up for sale in their honour, allowing 40 relaxation areas to be set up in Paris hospitals (televisions, massage chairs, speakers) in order to improve their daily experience, while 4,300 euros were donated. 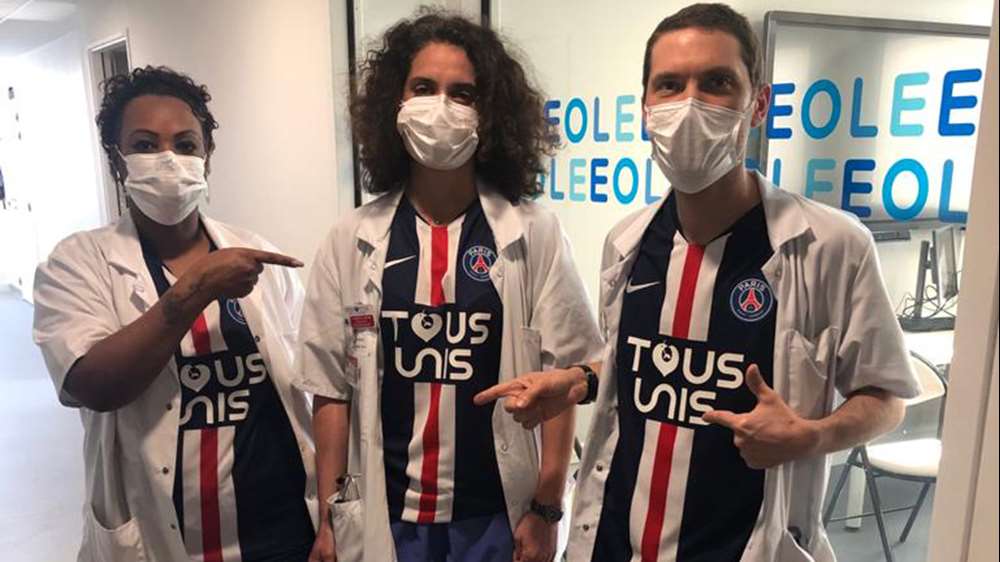 At the heart of the crisis, the Foundation also put into place a real solidarity chain with the help of the charity Street Food en Mouvement, in order to prepare at the Parc des Princes no fewer than 20,000 meals that were then distributed by the club's transport to the 16 hospitals making up the AP-HP in Paris. 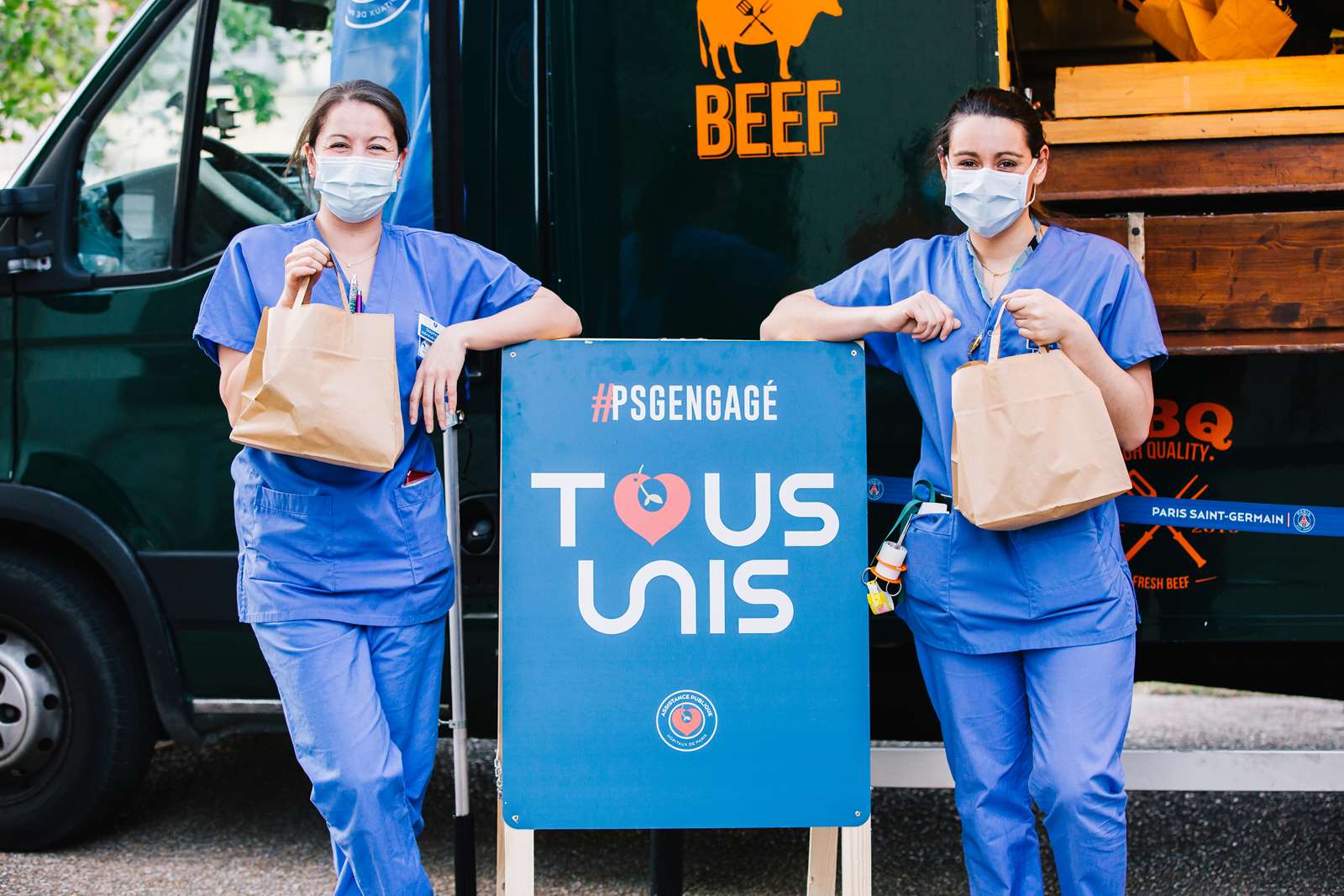 When the confinement was lifted, the stadium became a place for leisure and for sharing experiences with healthcare personnel and their children, and the Foundation created an Escape Game designed specially for them.

CARRYING ON THE COMMITMENT TO THE FAMILIES

Holding out a hand to the most vulnerable also means managing to reach those in need. While the Covid crisis dramatically worsened the situation of women who are victims of domestic violence, the partnership with the Fondation des femmes was reinforced in order to offer them a ray of sunlight. 20 women and their children were housed in the  Château de Chantilly and accompanied over 5 weeks by the educators of the Foundation. 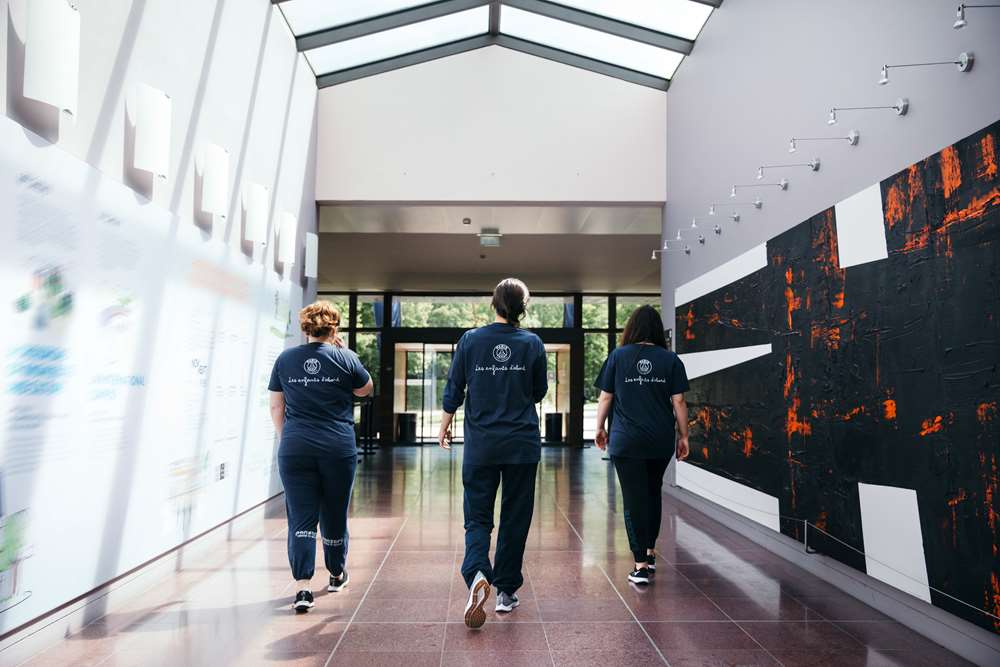 "In these difficult times with the health crisis, it is even more necessary for the Paris Saint-Germain Foundation to stay present alongside children and families in trouble, who need to dream more than ever. Our objective is to help them dream, comfort them and give them an unforgettable experiences, as they desperately need them,"  confided in us Sabrina Delannoy, the assistant director of the Foundation.

And because, every year, more than 400 operations are put into place by the Foundation in order to help more than 16,000 children, there was no question this year of not bringing moments of fun to the children of the capital. Projects were reinvented: video calls with the players from the Ooredoo Centre or the creation of a radio programme broadcast to the rooms of 200 sick children at the Necker hospital among them. 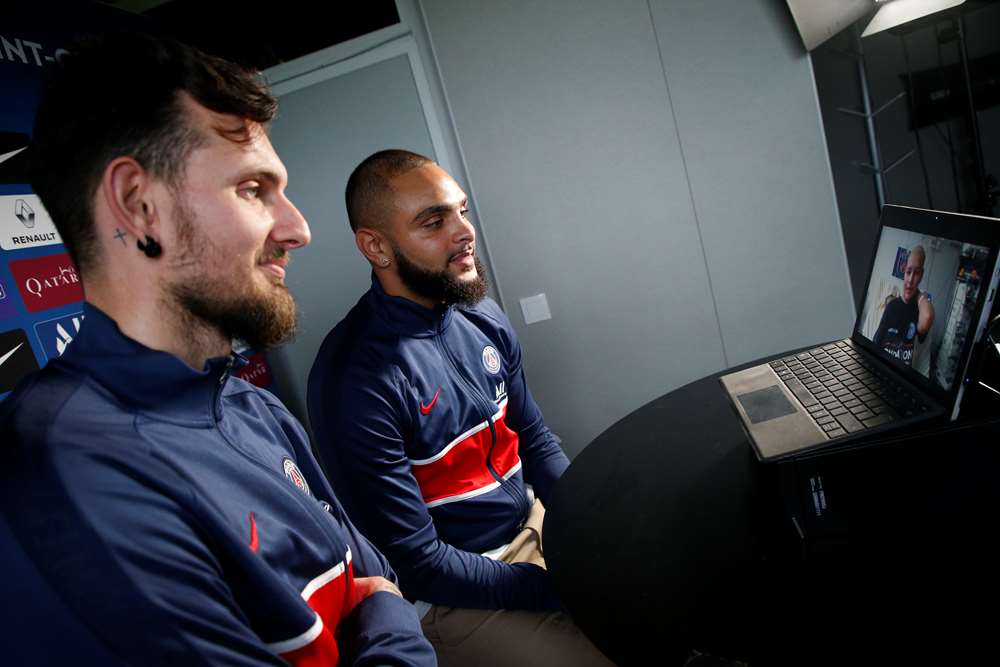 And, as soon as it became possible, shared moments at the Parc des Princes around matches or visits by players to the hospital were back on the menu. Comfort through dreams.

More than ever, the Paris Saint-Germain Foundation will continue to operate on all fronts: the programmes that existed before the crisis, the relationships built during the crisis, the support to the 30 NGOs for actions and solidarity projects both in France and abroad, supporting families in difficulty, or simply magical moments...

If the Écoles Rouge & Bleu schools lived to the rhythm of the confinements and the health measures, their vocation is to reopen their doors for this "school after school" based on self-improvement, solidarity, and a taste for effort. 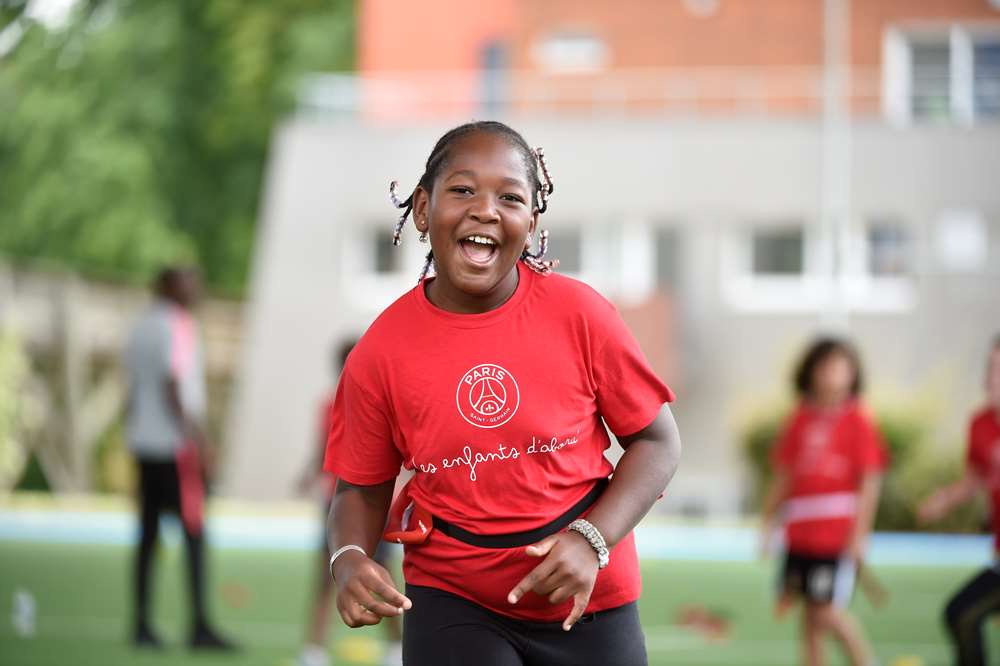 The aim, and it is a project carried by the hope and the determination of the Foundation: a school at the heart of the Necker hospital for sick children. Like the natural progression of a partnership, and the start of a new story.